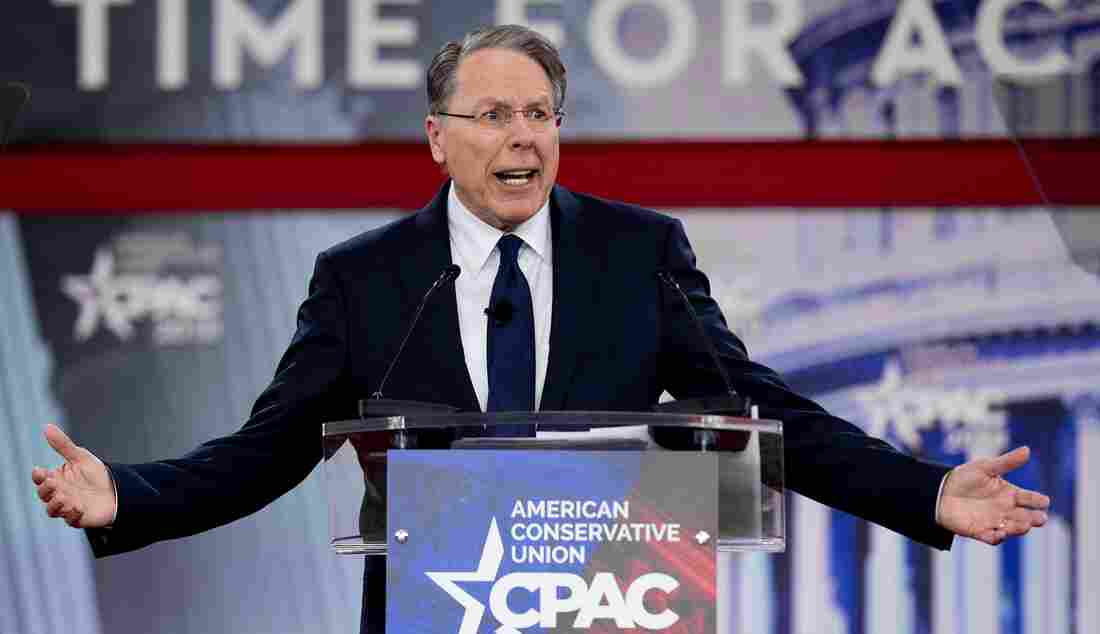 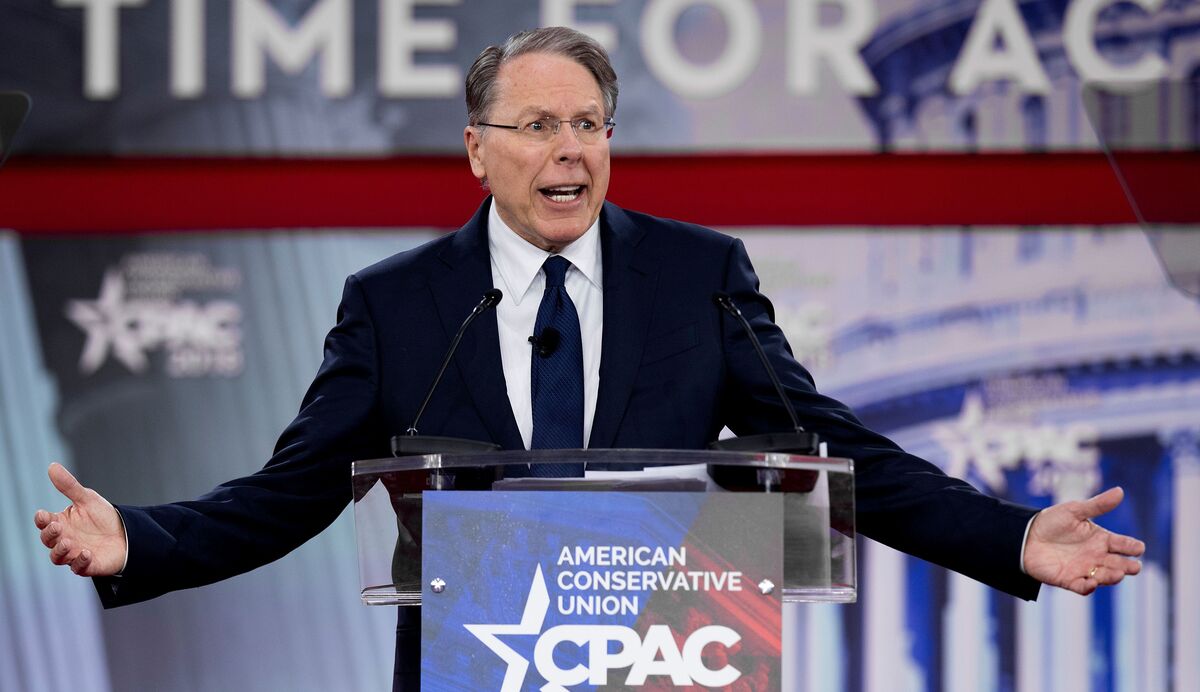 Just over a week after 17 people were killed at Parkland, Fla., high school, National Rifle Association executive vice president and CEO Wayne LaPierre gave a fiery, defiant speech at the annual Conservative Political Action Conference, or CPAC, on Thursday at the National Harbor in Maryland. LaPierre defended Second Amendment rights and warned of a "socialist agenda" intended to strip firearms away from law-abiding citizens.

"As usual, the opportunists wasted not one second to exploit tragedy for political gain," LaPierre said, adding that 20th-century community organizer "Saul Alinsky would have been proud of the breakneck speed for gun control laws and the breathless national media eager to smear the NRA."

LaPierre, who was not listed on CPAC's official schedule, accused Democrats of making gun control a political issue in order to achieve their ultimate goal to "eradicate all individual freedoms."

Right before LaPierre took the stage, NRA national spokeswoman Dana Loesch also spoke, striking a far angrier tone than she had in a CNN town hall Wednesday evening and even admitting the accusations she was about to make would be controversial.

And as LaPierre did, Loesch — who also wasn't officially on the pre-released CPAC agenda — blamed failures in law enforcement for the latest tragedy at Marjory Stoneman Douglas High School in Parkland, Fla.

LaPierre said that in the past, he had worked with Democrats who wanted to work to reduce gun violence, but that leaders now only cared about exploiting tragedy for political gain, calling them a "tidal wave of new European socialists" in charge of the party and name-checking Sen. Kamala Harris, D-Calif.; Sen. Elizabeth Warren, D-Mass.; New York City Mayor Bill de Blasio; New York Gov. Andrew Cuomo; Sen. Cory Booker, D-N.J.; Sen. Christopher Murphy, D-Conn.; and Rep. Keith Ellison, D-Minn., to boos in the crowd.

"The elites care not one whit about America's school system and schoolchildren," LaPierre added.

"I hear a lot of quiet in this room, and I sense your anxiety," LaPierre said, turning to the political consequences of the debate. "And you should be anxious, and you should be frightened. If they seize power, if these so-called 'European socialists' take over the House and the Senate, and God forbid they get the White House again, our Americans freedoms could be lost and our country will be changed forever."

LaPierre also accused Democrats like Senate Minority Leader Chuck Schumer, D-N.Y., of not working with conservatives and activists enough to address mental health as a concern and to put such checks into the database system to prevent dangerous people from getting access to guns.

LaPierre also echoed a longtime call of the NRA — which President Trump also endorsed during a White House listening session with families of victims and survivors of gun violence on Wednesday — to more heavily arm school personnel and to provide better security and roll back gun-free school zones.

"We must immediately harden our schools. Every day, young children are being dropped off at schools that are virtually wide open, soft targets for anyone bent on mass murder," LaPierre argued. "It should not be easier for a madman to shoot up a school than a bank or a jewelry story or some Hollywood gala. Schools must be the most hardened target in this country, and evil must be confronted immediately with all necessary force to protect our kids."

LaPierre ended his speech, to a standing ovation, by reprising comments he made just over five years ago after the mass-shooting tragedy at Sandy Hook Elementary in Newtown, Conn.: "To stop a bad guy with a gun, it takes a good guy with a gun."

When Sen. Ted Cruz, R-Texas, took the stage later Thursday afternoon, he dismissed calls for new gun control measures in the wake of the Parkland shooting. Before the CPAC crowd, Cruz derided CNN's town hall on Wednesday night with some of the survivors as an "infomercial," and said the predictable calls for new restrictions were "tiresome."

"Every time you see a horrific crime, people in the media and Democratic politicians always try to leap on it to advance their agenda," which is to try to "strip the Second Amendment rights from law-abiding citizens," Cruz said.

Cruz also used one of his favorite cartoons, The Simpsons, to make an analogy, painting Republicans as the party of the everyman when it comes to guns while Democrats take a more elite approach.

"I think the Democrats are the party of Lisa Simpson, and Republicans are happily the party of Homer and Bart and Maggie and Marge," the Texas senator said.

Ahead of the NRA leader's speech, Trump tweeted his support for LaPierre and others in the organization, calling them "Great People and Great American Patriots" who will "do the right thing."

What many people don’t understand, or don’t want to understand, is that Wayne, Chris and the folks who work so hard at the @NRA are Great People and Great American Patriots. They love our Country and will do the right thing. MAKE AMERICA GREAT AGAIN!

"The NRA is ready to do things. People like to blame them," Trump later said during a meeting at the White House with state and local officials about school safety.

Vice President Pence also addressed the Parkland shooting at the outset of his remarks to the CPAC crowd. He pointed out that Trump had already taken action to regulate bump stocks this week and in meetings with governors next week, the White House "will make the safety of America's schools and America's students our top national priority."

When Secretary of Education Betsy DeVos took the stage, she also asked for a moment of silence for the Parkland victims as their photos were shown on screens in the ballroom.