Accessibility links
The Enduring Lyricism Of W.E.B. Du Bois' 'The Souls Of Black Folk' The collection of essays about black American life has been republished for Du Bois' 150th birthday anniversary — and still has plenty to say to those encountering it. 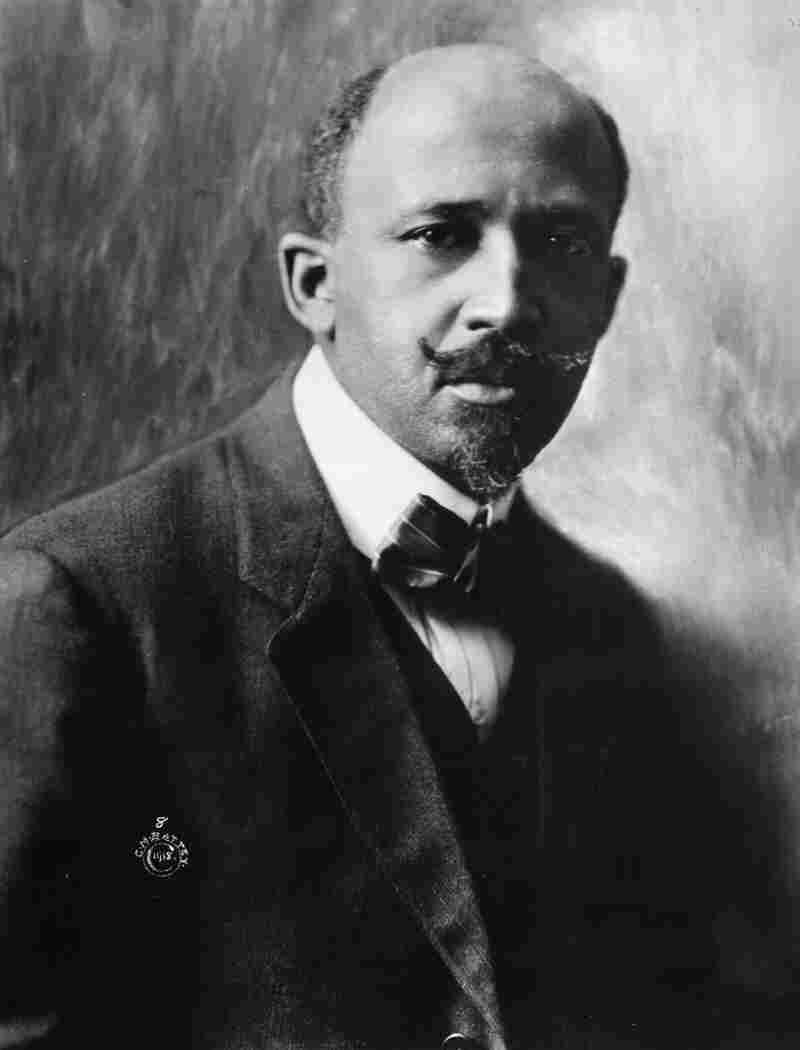 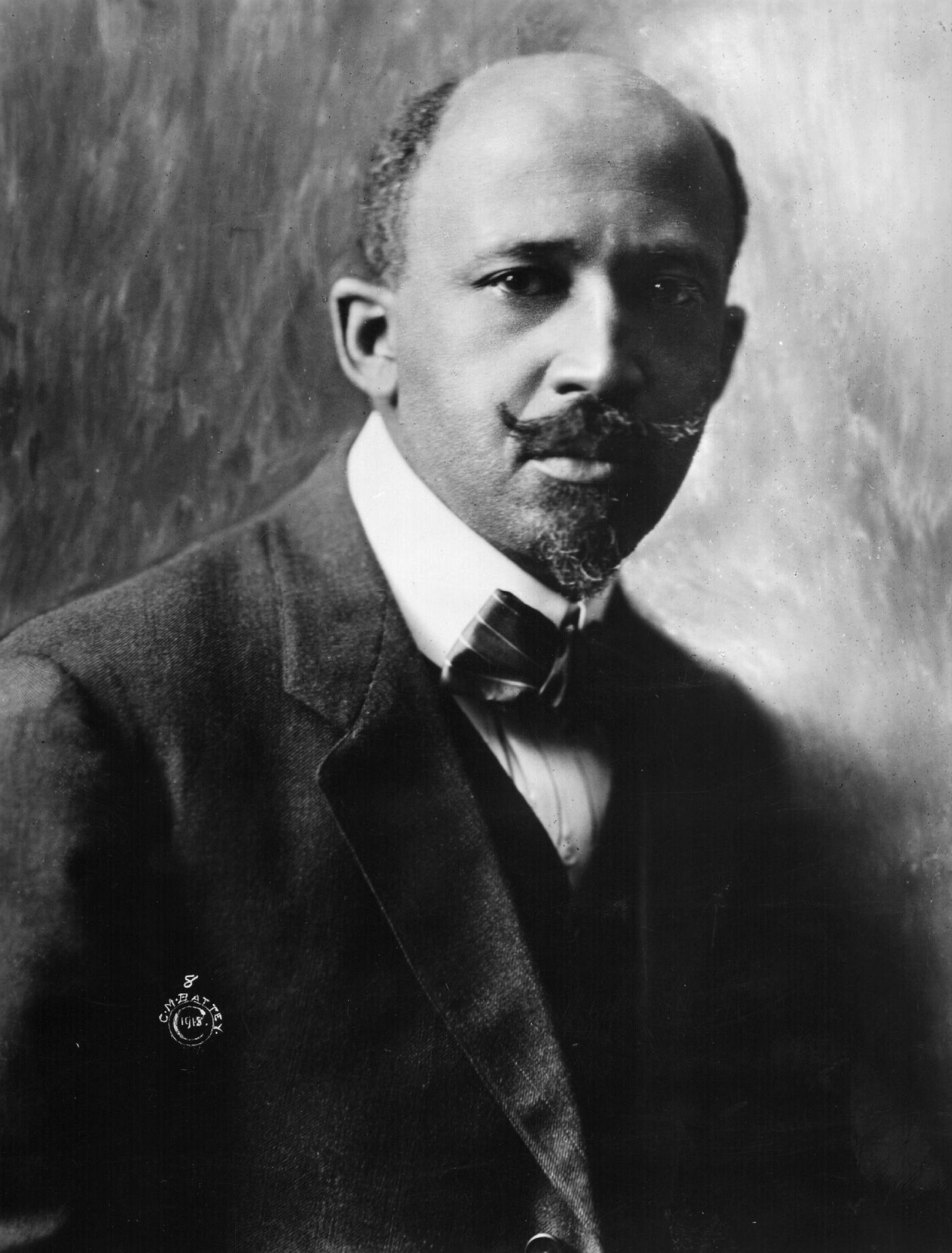 W.E.B. Du Bois' The Souls Of Black Folk has been re-published in a new edition for the author's 150th birthday anniversary.

It was no accident that W.E.B. Du Bois called his book The Souls Of Black Folk, says Ibram X. Kendi, author of Stamped From The Beginning: The Definitive History Of Racist Ideas In America. Du Bois wasn't looking for a catchy title — he was reacting to the reality of his times.

Friday is the 150th anniversary of the birth of Du Bois, the great African-American thinker and writer. To celebrate, The Souls Of Black Folk has been republished. It's a collection of essays on black life and race relations in the United States at the turn of the 20th century.

In his introduction to the new edition of The Souls Of Black Folk, Kendi writes that Du Bois wanted the world "to know the humanity of black folk." Some of the essays, like one about his time as a teacher in the rural South, vividly depict what it was like to be black. Others address the ongoing debates of the time about the best way to improve black lives. Taken as a whole, the book reads like one long poem.

A central metaphor in the book is the idea that a veil separates white and black America. Blacks can see through the veil, says Kendi — whites either can't or won't.

Many of the ideas that Du Bois outlined in the book still endure. Dana Williams, head of the English department at Howard University, has taught the book many times.

"It doesn't matter where the student is in his or her learning experience," Williams says. "There's always something in The Souls Of Black Folk that students can identify with." 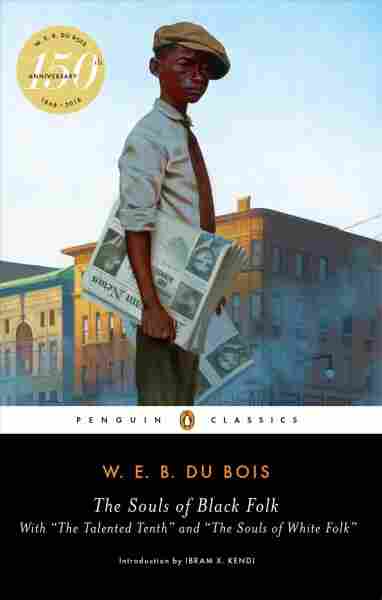 The Souls of Black Folk

Nnyla Lampkin is a freshman at Howard. She and several other students gathered recently to discuss the book.

"It was amazing to me to hear somebody from the past speaking the way that some of us think today," Lampkin says.

One idea that seemed to resonate with the group was Du Bois' concept of "double consciousness," which describes how difficult it was to be both black and American — at a time when being American essentially meant being white. Freshman Hadiyah Cummings says this duality can still be a struggle.

"It's definitely hard having to know I love being black and I love what I represent, and also knowing that if I want to get a job that I have to look a certain way or speak a certain way," Cummings says. "And so having to fight this constant battle of choosing which side of me am I going to show today and also just wanting to be able to be unapologetically me and be accepted in both spaces is definitely hard to deal with."

In The Souls Of Black Folk, Du Bois outlines his ideas about the need for higher education for blacks. He lays the groundwork for a later essay, "The Talented Tenth," which is also included in this new edition. This is one of his best known ideas — that "the Negro race," as he called, it would "be saved by its exceptional men."

Though Du Bois later revised some of his thinking, this idea has been criticized as elitist. Howard senior Sadiya Malcolm doesn't see it that way.

"To me the proposition is not elitist," she says. "It's a responsibility — it's a task. It's about creating opportunities so that when my nieces or my little brothers and sisters are going to school, it looks possible — so they have somebody in their community to go to to say 'well, what's the college process like?' It's about realizing collectively how we can contribute to our betterment as a people."

At the start of each essay Du Bois includes a bar of music. These are "The Sorrow Songs" that Du Bois writes about in his final essay. They are the spirituals and folk songs that emerged from slavery to become a gift to America — what Du Bois calls the "singular spiritual heritage of the nation." It is the story of these that touched Asan Hawkins most deeply.

"I don't think any of us have escaped our childhoods without hearing at least one of these songs," Hawkins says. "And for him to weave them into each and every one of these chapters — he lit up our spirits. He gave us something that we could relate to throughout time. Each song spoke to somebody, each chapter spoke to somebody."

In his introduction, Ibram Kendi notes that when The Souls Of Black Folk was first released, a black newspaper in Ohio declared that it should be read "by every person." Kendi believes that advice still holds today for anyone who wants to understand America and to see what's on the other side of that veil.

Read an excerpt of The Souls of Black Folk