Accessibility links
Trump Reiterates Position On Arming Teachers As Australian Leader Stays Out Of Debate Australia's prime minister said "we certainly don't presume to provide policy or political advice on that matter here" when asked about his own country's tight gun control laws. 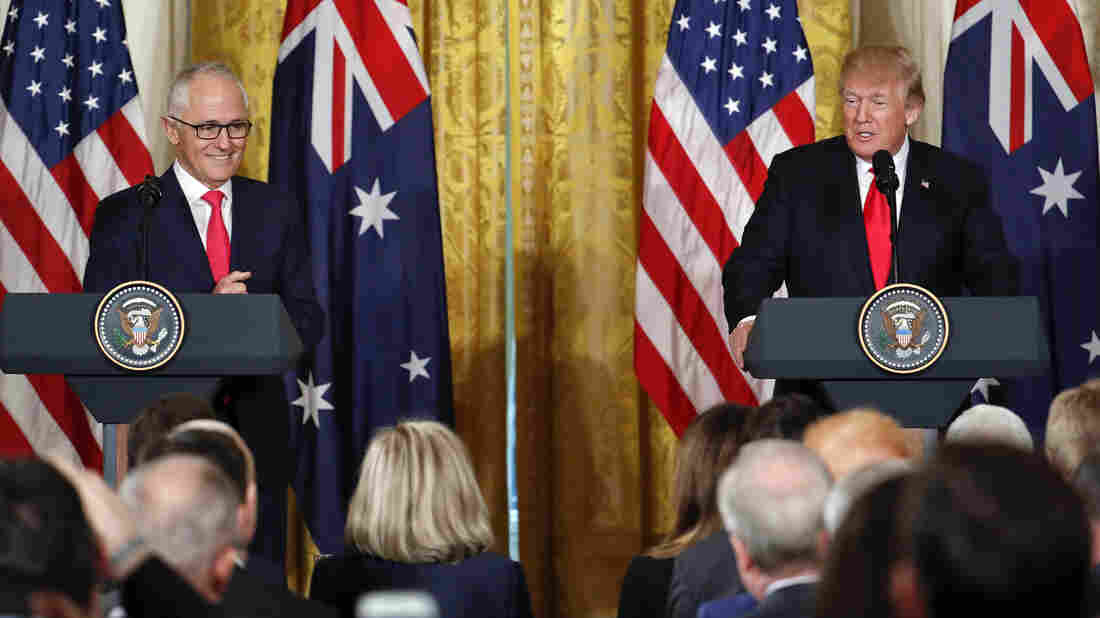 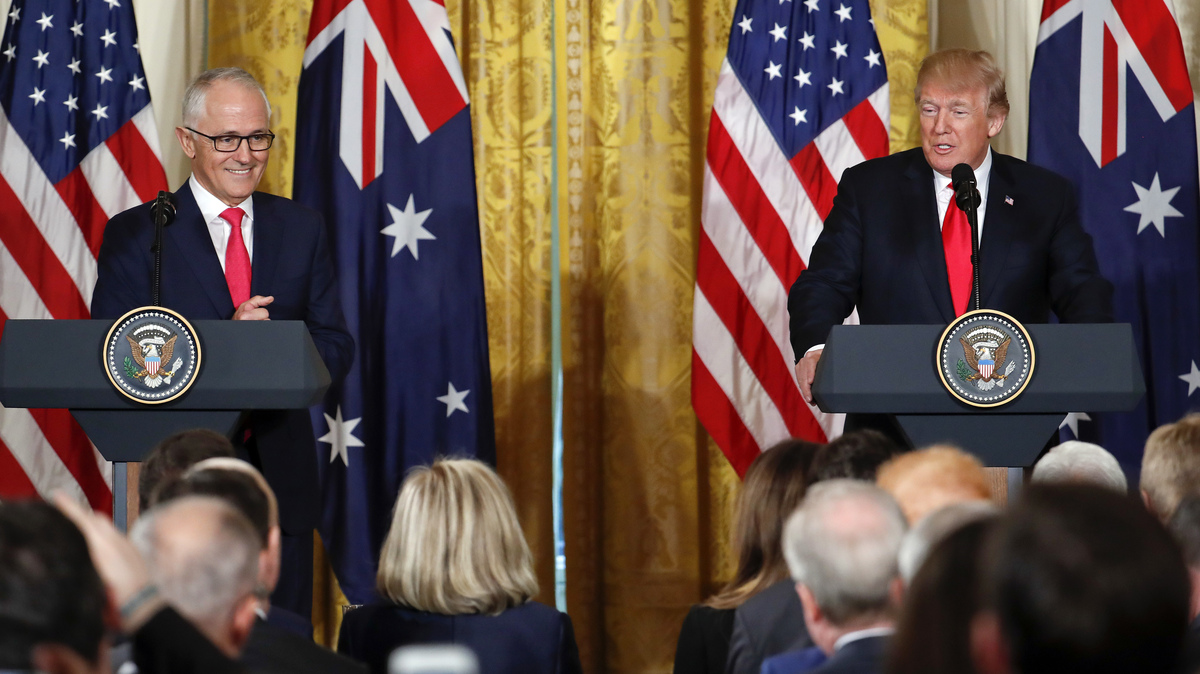 "We are well on our way to solving the horrible problem" of mass shootings, President Trump said Friday at a joint news conference with Australian Prime Minister Malcolm Turnbull at the White House.

Trump again called for arming teachers, saying armed security guards "don't love the students" as teachers do. An armed sheriff's deputy was present at Marjory Stoneman Douglas High School in Florida last week, but he did not enter the building.

Trump said schools need "offensive capability as well as defensive capability" to protect students from active shooters. He mentioned he plans to go "very powerful on gun [background] checks" and said "we are going to get rid of bump stocks," which allow semi-automatic rifles to fire more rapidly.

Turnbull, whose nation banned many types of semi-automatic rifles and shotguns following a mass shooting in Tasmania in 1996, deflected when asked by a reporter whether such laws would be appropriate for the U.S.

"We are very satisfied with our laws. We maintain them. They're there," Turnbull said. "But," he added, "we certainly don't presume to provide policy or political advice on that matter here. You have an amendment to your Constitution that deals with gun ownership. You have a very, very different history. We'll focus on our own political arguments and debates and wish you wise deliberation in your own."

During the news conference, Trump said he would let his chief of staff, retired Marine Gen. John Kelly, decide whether Trump's son-in-law, Jared Kushner, should be given a waiver under new protocols for security clearances put in place by Kelly. Kushner has been isssued an interim clearance as his financial background is being investigated. Trump said Kushner "has done an outstanding job" in his work for the White House, which includes working on achieving a Middle East peace deal, and that Kushner has been treated unfairly.

The president also said his administration inherited a security clearance system that is broken.

Kelly set Friday as the deadline for resolving Kushner's case and those of other White House staffers who have been working under interim clearances because their background checks have been pending since June 1, 2017, or earlier. Trump said he will let Kelly make that call, saying, "[Kelly's] going to do what's right for the country and I have no doubt he'll make the right decision."

Trump also said he hopes the tightened sanctions he announced earlier Friday against North Korea work and persuade that country's leadership to end its nuclear missile program. If not, Trump said, "we'll have to go to Phase 2," which he did not detail but said "may be a rough thing. It may be very very unfortunately for the world." The Trump administration announced the sanctions against 27 shipping companies and 28 vessels registered in several nations, including North Korea and China.

Before he and Turnbull met, Trump said that he expected "a lot of good things" would come from the session.

The two men discussed military and security cooperation and trade. Trump called Australia "a great country," and Turnbull noted this year marks "100 years of mateship" between the two countries and predicted 100 more years of friendship to come.