Accessibility links
Teachers Respond To Trump's Push To Arm School Staff After the Parkland shooting, some teachers think the president's proposal to give teachers guns could deter potential shooters. Others struggle with the expectation of putting their lives on the line. 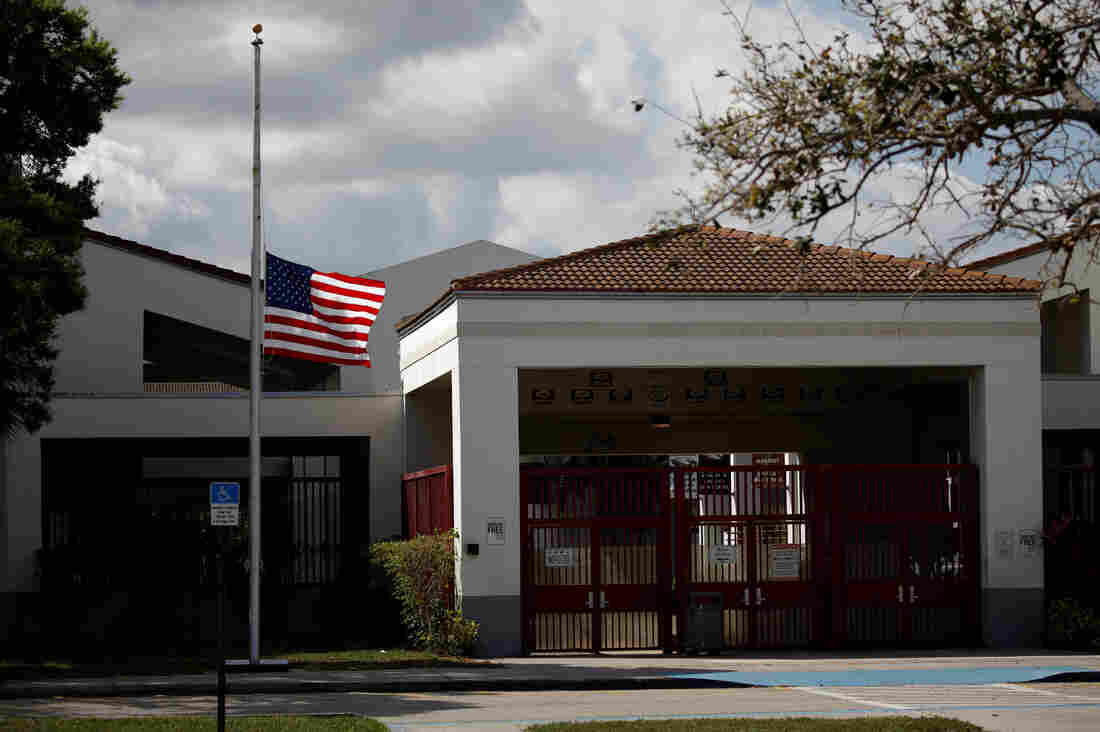 A flag flies at half mast at the entrance to Marjory Stoneman Douglas High School, following a mass shooting at the in Parkland, Fla., school earlier this month. Carlos Garcia Rawlins/Reuters hide caption 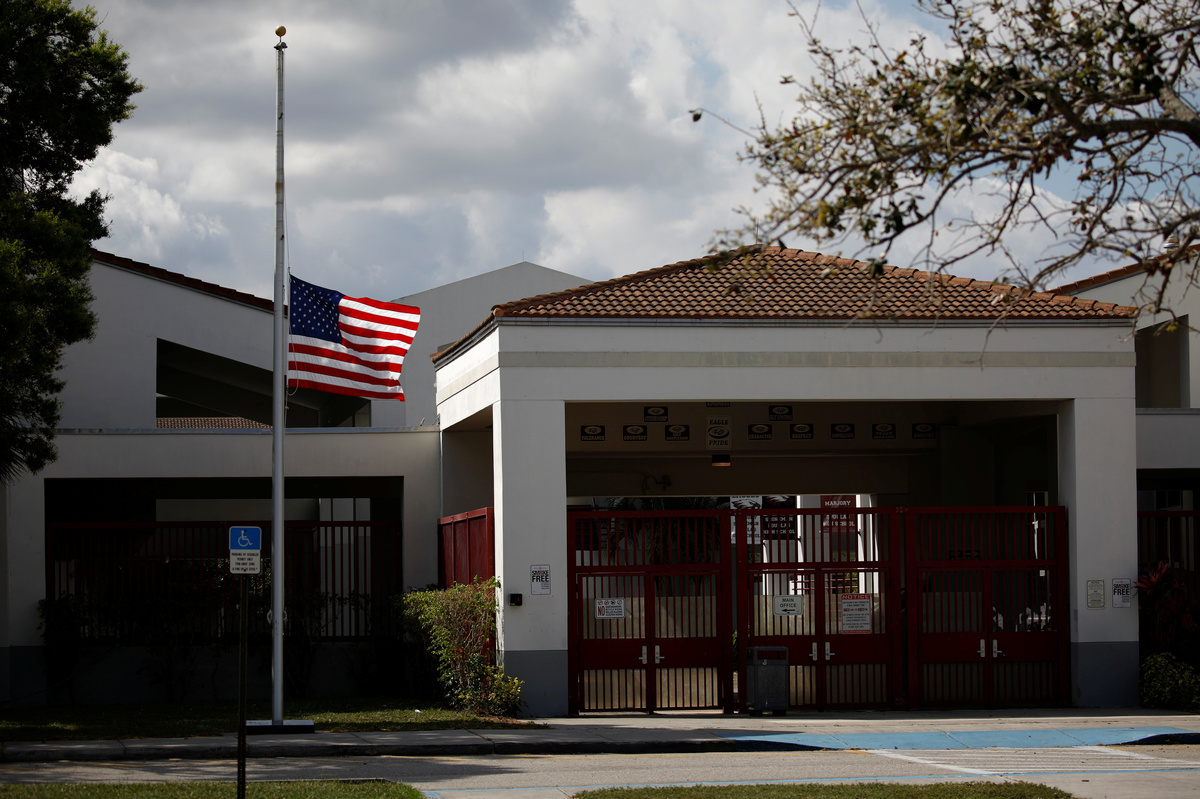 A flag flies at half mast at the entrance to Marjory Stoneman Douglas High School, following a mass shooting at the in Parkland, Fla., school earlier this month.

President Trump repeated his suggestion to arm teachers on school campuses as a solution to protecting students from gun violence.

"We have to have offensive capability to take these people out rapidly before they can do this kind of damage," Trump told reporters in a joint news conference with the Australian Prime Minister on Friday. The president suggested staffing schools with veterans who would carry concealed weapons.

In a White House listening session on Wednesday with teen survivors of the shooting at Marjory Stoneman Douglas High, Trump said Aaron Feis, a popular coach at the high school, could have stopped the gunman if he'd been armed.

Many teachers unions and organizations have spoken out against this proposed solution. Lily Eskelsen Garcia, president of the National Education Association, said "parents and educators overwhelming reject the idea of arming school staff."

Other organizations, namely the National Rifle Association, spoke out in favor of it, pointing to states and school districts that already allow guns on campus.

Joshua Grubbs, an assistant professor of psychology at Bowling Green State University in Ohio, says he grew up with guns and owns a few. Despite that, he says he's not ready for guns to be part of campus life.

"When I had a gun on me, it wasn't just this nice, relaxing part of who I was. It was something that was always factoring into my decisions," Grubbs says. "When I'm educating somebody, I can't imagine holding in my head this heightened awareness, this threat assessment, this evaluating whether or not I'm going to need to use a gun and trying to educate from a place of openness and warmth and seeing the best in my students."

"We see time and time again this idea of not doing anything and people are just laying there getting shot indiscriminately," he says. "We know that there are going to be teachers that are going to respond."

Zilinskas has gone through the FASTER (Faculty/Administration Safety Training and Emergency Response) Saves Lives program. The program, presented by the Ohio pro-gun group, the Buckeye Firearms Association, trains teachers and school staff on how to respond to an active shooter on campus. Part of their training involves learning how to use a firearm on school grounds.

"There are some of us that want to have the tools and the training and have the ability to [prevent] somebody from harming the kids," Zilinskas says. If teachers carry concealed weapons on campus, he adds, a potential shooter could be deterred from terrorizing that school.

"Many of those schools had school resource officers that were armed on campus and that didn't act as a deterrent," she says.

In wake of these shootings, Plumitallo says it's difficult to grapple with the idea of teachers putting their lives on the line for their students.

"The expectation is that we will lay down our lives," she says. "But, if I hadn't had kids when I became a teacher, I probably would have felt a little more like, 'Without question, of course.' But I'm a mom too. I have two little boys and I want to get home to them."

"We hear the stories about Coach [Aaron] Feis and Scott Beigel and how they laid down their life, but did they expect to? Did they want to? I think it's a very weighty thing and I think it affects teachers greatly," Plumitallo says.