Accessibility links
Trump Renews Call For NRA-Backed Plan To Arm Teachers The president also criticized law enforcement for not doing enough to prevent the high school shooting in Parkland, Fla., and suggested he would have been more aggressive in engaging the gunman. 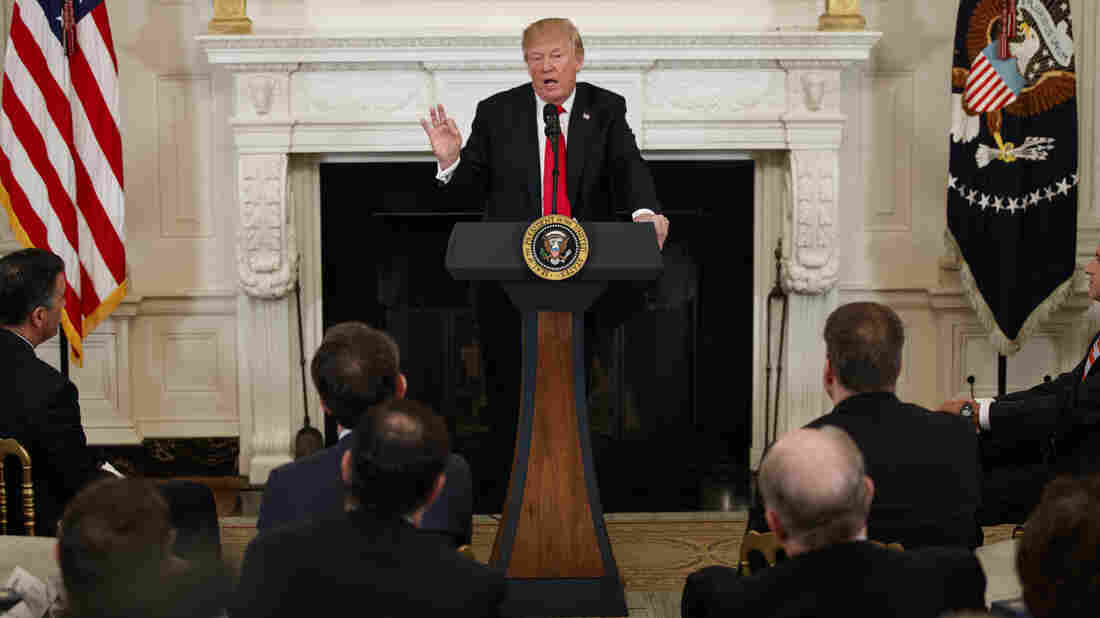 President Trump speaks during a meeting with the members of the National Governors Association at the White House on Monday. Evan Vucci/AP hide caption 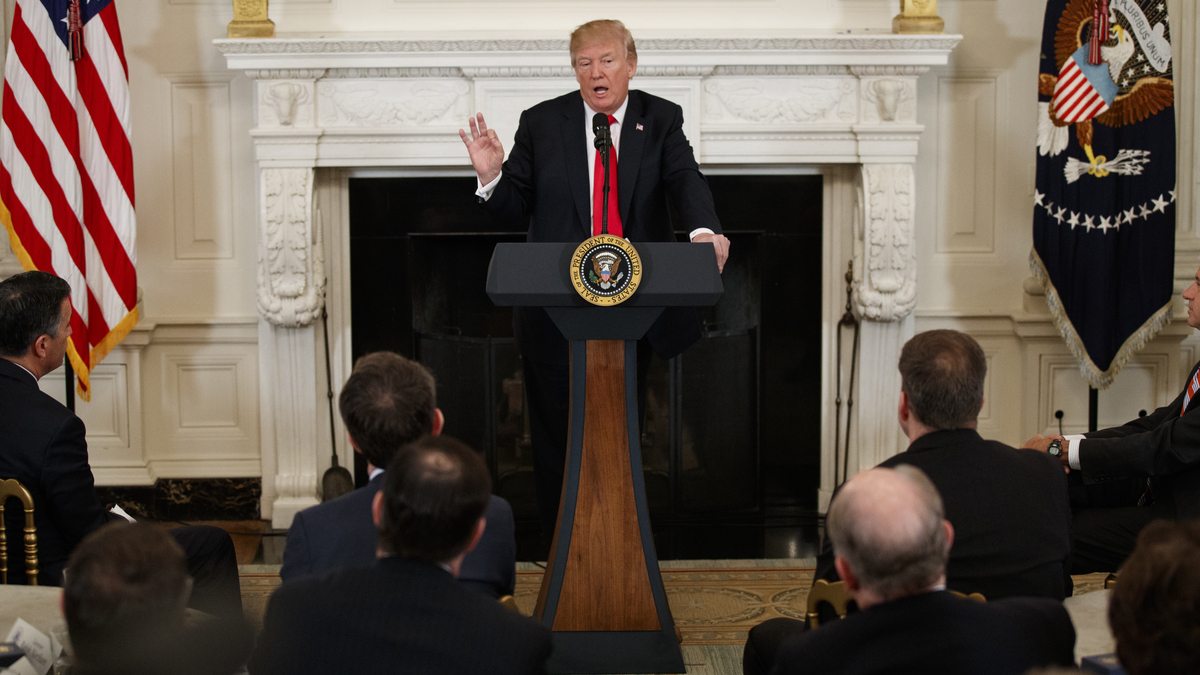 President Trump speaks during a meeting with the members of the National Governors Association at the White House on Monday.

During a gathering with governors at the White House, President Trump called for strengthening school defenses and improving the "early warning" system in response to this month's deadly school shooting in Parkland, Fla.

"Our nation is heartbroken," Trump said. "We'll turn our grief into action."

Trump's controversial proposal to arm some teachers and other school staffers has been pushed by the National Rifle Association, and on Monday he defended the gun lobby group which was a strong backer of the president's during the 2016 campaign.

"Don't worry about the NRA," Trump, who had lunch Sunday with the group's leaders, said. "They're on our side."

But calls for giving firearms to teachers drew a swift rebuke from Gov. Jay Inslee, D-Wash.

Gov. Greg Abbott, R-Texas, defended the "school marshals" program that arms some teachers in his state.

"It's a well thought out program with a lot of training in advance," Abbott said. He noted some schools will post warning signs about armed staffers inside, as a deterrent against school shootings.

Trump, who is ordinarily a staunch defender of law enforcement, also criticized Florida authorities for inaction both before and during the attack at Marjory Stoneman Douglas high school that left 17 people dead.

"They weren't exactly medal of honor winners," the president said, referring to sheriffs deputy Scot Peterson, who waited outside the school building during the rampage. "The way they performed was frankly disgusting."

Trump suggested he would have been more aggressive in engaging the gunman.

"You don't know until you're tested," Trump said, but "I really believe I'd run in there, even if I didn't have a weapon, and I think most of the people in this room would have done that, too."

Trump also criticized authorities for not acting on multiple warnings about the Parkland shooter in the months leading up to the massacre.

"They should have known," Trump asserted. "They did know. They didn't do anything about it."

The president argued that potentially threatening people should be locked up.

Advocates for the mentally ill say while they would like to see improved services available, comments like the president's "reinforce inaccurate and negative stereotypes and create barriers to having a real conversation." The National Alliance on Mental Illness says while all Americans should have access to treatment when needed, court-ordered treatment should be considered only as a last resort.

The president made no mention Monday of raising the age limit at which young people can buy guns. Trump appeared to endorse a higher age limit when he met with students and parents from Marjory Stoneman Douglas high school last week. But the NRA is opposed to the idea, and Trump hasn't spoken about it in recent days.

White House press secretary Sarah Huckabee Sanders told reporters Trump still supports the "concept" of a higher age limit, but is open to discussion about how that might be implemented.

Trump did say he would act on his own, if necessary, to ban "bump stocks," an accessory used last October in the Las Vegas shooting that makes a semi-automatic weapon perform more like a machine gun. Last week he directed the Department of Justice to begin formulating regulations to ban such accessories, but the government may not be able to fully do that without action from Congress.