Accessibility links
Joan Baez On 'Whistle Down The Wind' And Working Through Pessimism The folk star discusses crafting her first album in a decade, and how protests — and protest anthems — have changed since the 1960s. 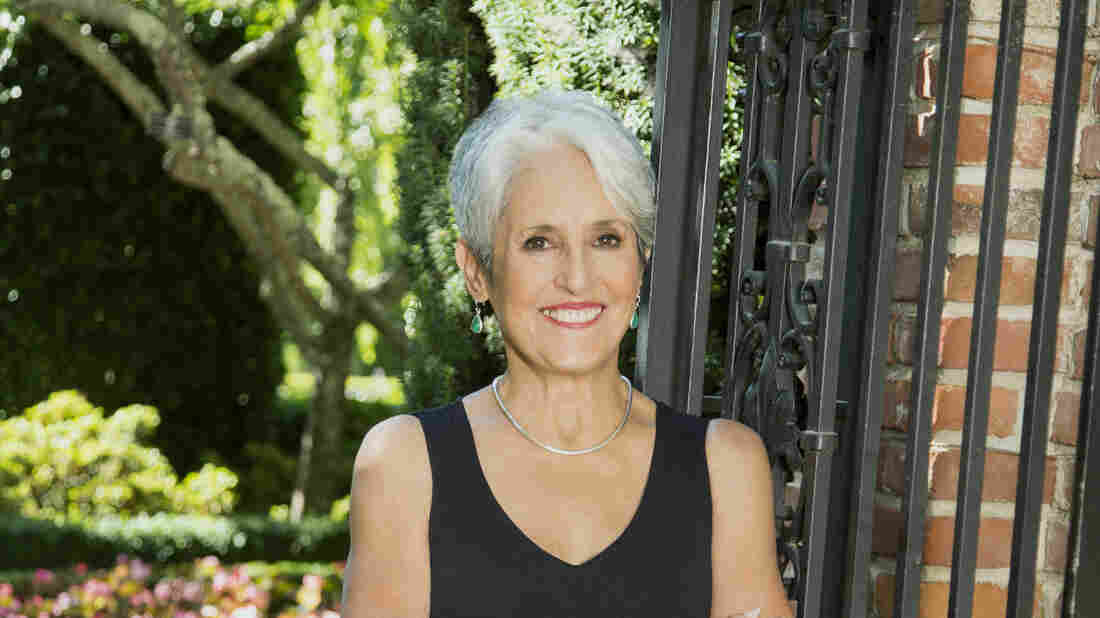 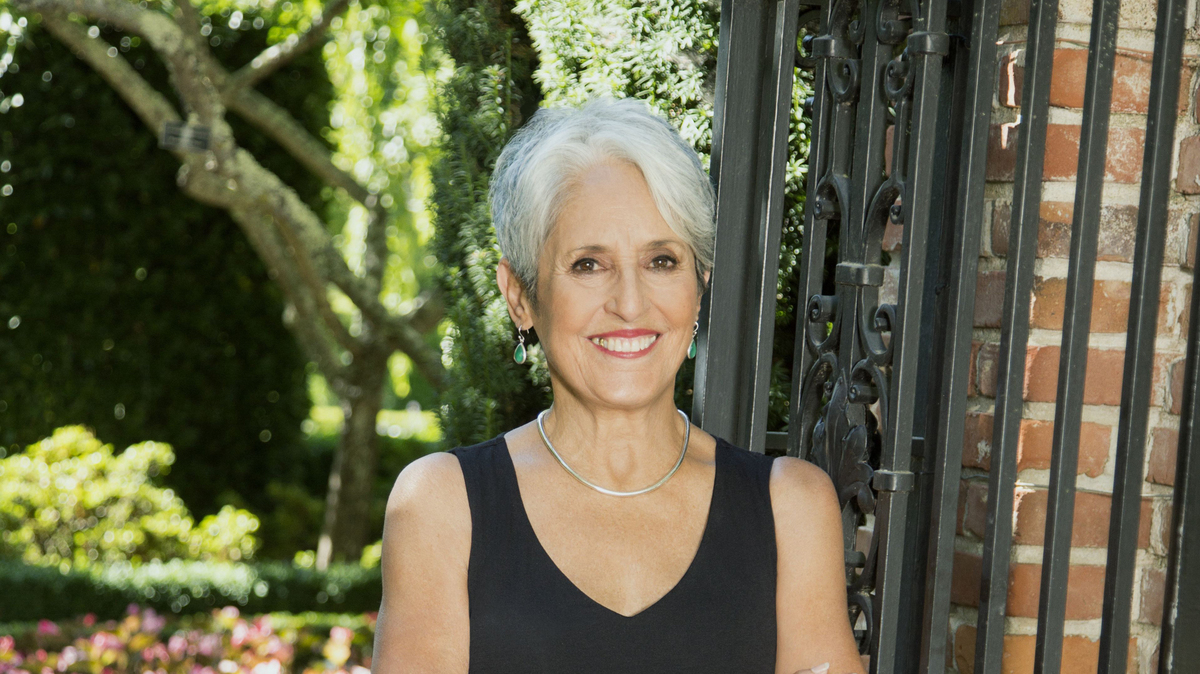 Danya Tynan/Courtesy of the artist

Joan Baez has dedicated her life to music — and the causes for which music can speak. The folk star began using her voice to protest in the 1960s, leading rallies against wars and discrimination alongside the likes of Bob Dylan and Arlo Guthrie. Though gentle, her renditions of "We Shall Overcome" and "What Have They Done to the Rain" served as the heartbeat to peaceful revolutions.

Last year, Baez was inducted into the Rock & Roll Hall of Fame at age 76. Soon after, she announced she would retire from touring after releasing a new album — her first in a decade. That release, Whistle Down the Wind, arrives this week. The singer says it was made over a period of just three visits with her collaborators, "which is how I like to work — fast."

Producer Joe Henry and a handful of star songwriters put their own touches on the record, but the strength of the 10-track offering lies in Baez's tone and interpretation. Baez is spry on Tom Waits' "Last Leaf," almost apostolic on Mary Chapin Carpenter's "The Things That We Are Made Of" and somber on Zoe Mulford's "The President Sang Amazing Grace," about the 2015 church shooting in Charleston, S.C. Where some tracks are shrouded in despair, Baez's steady voice keeps the spirit of the album balanced.

Baez spoke with NPR's Ari Shapiro about covering other great artists and how protesting — and protest anthems — have changed in the new millennium. "I'm basically pessimistic," Baez says of her outlook today, "but I heard somebody say the other day that pessimism is a waste of time. So I'm working on it."

On the challenge of writing protest music today

In the '60s and '70s, we had basically civil rights and Vietnam; it was very clear. Now, every single day there's a new issue to try and keep up with and deal with and decide is that's where you want to put your energy. So it's baffling, as you know, and it's not going to get any simpler. So, yes, we need that anthem. It beats shouting, but in the meantime, it's better shouting than silence.

On the song "The President Sang Amazing Grace"

It's an amazing little tune. When I first heard it, I had to pull the car over, because I started crying. And then for the first two weeks of trying to figure it out on the guitar, I kept crying. I was afraid that when I got in the studio, it wouldn't be over. But I went into the studio, and then I just looked at the musicians and I said, "Let's go to church."

On retiring from the road (sort of)

I think the thing that I need to say goodbye to is the six weeks in the bus at a time and keeping the voice up, which is a daily affair, and then preparing for the concert and then singing for an hour and a half to two hours, and then getting on the bus and going to the next place. The loophole is, obviously, anytime I feel compelled to take part in political action, or if somebody calls and says, "We're in a stumble, we're having a folk festival, would you like to do 20 minutes?"

I have such a low regard of how the human race has behaved — you know, for the last few centuries, at least — that I don't expect much. ... In light of what we're experiencing in this decade, which is something that none of us could have dreamed of during the worst, darkest periods of the work that we did in the '60s and '70s or '80s or '90s — we couldn't have written this scenario. So in the face of what looks like really bleak defeat, we have to do the little victories. And you have to consider every step that's a positive step that brings back compassion, that brings back empathy, that brings back political action. Day by day, these are the victories. At the end of the day, you get only what you did that day. You don't get a whole future of world peace.