Accessibility links
Paid Family Leave: Lawmakers Agree On Need For Legislation, But Not On Substance Passage of paid family leave laws in states like Washington is spurring federal lawmakers from both parties to float their own proposals, but so far support is not bridging party lines. 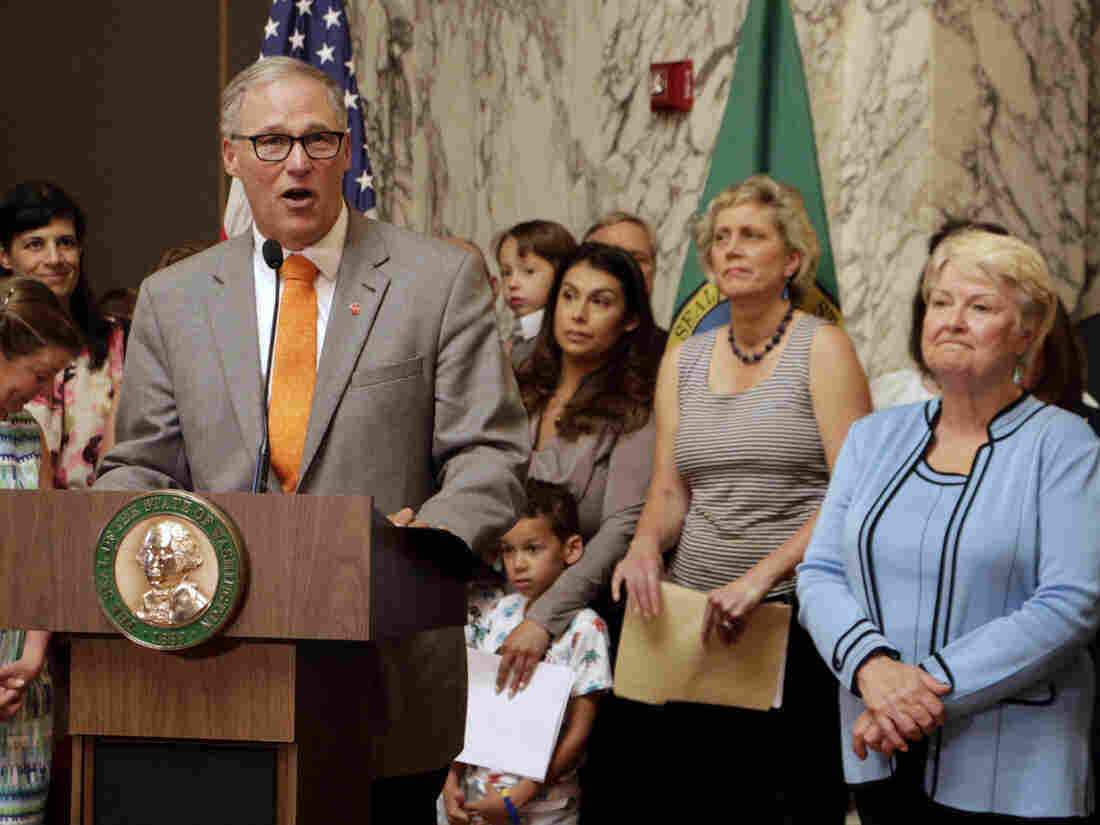 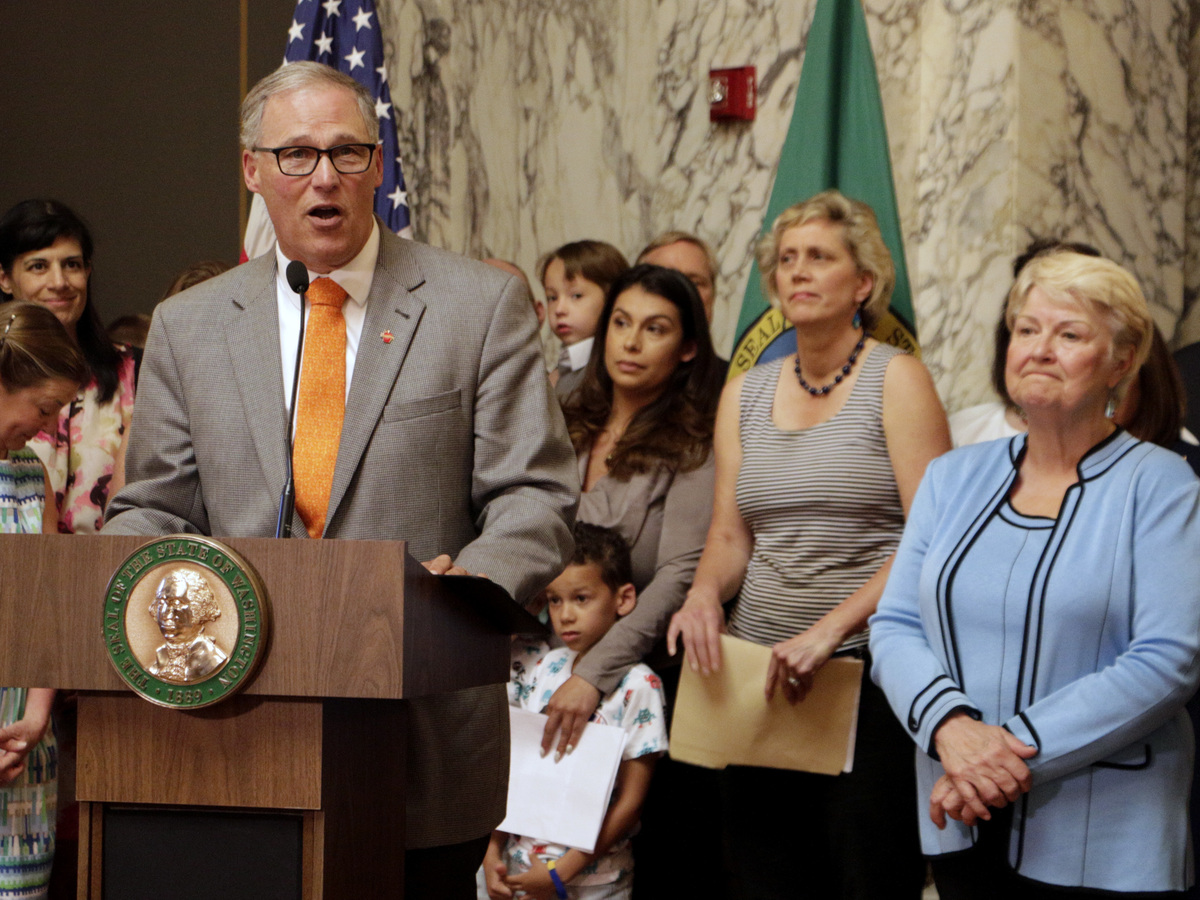 Washington Gov. Jay Inslee, surrounded by lawmakers and other supporters of paid family leave, speaks before signing a state law to guarantee such leave on July 5, 2017, in Olympia, Wash.

Paid time off to care for a new child or a sick family member used to be a part of the Democratic Party platform. Now, Republicans are making paid family leave a legislative policy.

Most workers are covered by the Family Medical Leave Act, which allows up to 12 weeks of leave per year to care for family members. But that leave is unpaid. And only 14 percent of workers have paid leave through their employers.

Both parties agree they want to see national legislation addressing the issue. It's no longer a question of if, they say, but a debate over what's covered and how to pay for it.

Five states and the District of Columbia have paid family leave laws. One of those is Washington state, which adopted one of the country's most generous paid leave policies.

"There were a number of businesses that were looking at proposals out of the city of Seattle that really weren't affordable for businesses to be able to pay," he says. "And I think there was a desire by some to say, 'Hey, let's get together, let's create a framework for a statewide plan.' "

Fain, a Republican, took paid leave when his son was born, and became an advocate for the benefit. Just as city laws pushed Washington state to act, he says states like his are pressuring federal lawmakers.

Congressional Republicans back a couple of proposals. Most recently, Sen. Marco Rubio of Florida, working with White House adviser Ivanka Trump, says he's drafting a plan that would allow workers to draw on Social Security funds to cover leave for the birth or adoption of a child. In exchange, workers would delay collecting payments at retirement.

A House Republican bill, sponsored by Mimi Walters of California, would allow employers to offer a minimum number of paid days — usable for sick or family leave — in exchange for exemption from state leave laws.

Ellen Bravo, executive director of Family Values@Work, a national coalition of advocates for paid family leave, says in the past decade voters have been embracing paid family leave across party lines.

"We're glad to see the conversation get sparked, but we're also committed to a policy that works, that isn't a step in the wrong direction," Bravo says.

Instead, Bravo supports the FAMILY Act, a proposal backed by Democrats to increase payroll taxes to pay for leave for birth, adoption, and family and medical leave of up to 12 weeks.

Marilyn Watkins of Seattle says policies need to cover a broad range of life events. Her mother died three years ago, "and my sister and I were able to drop everything and spend the last weeks of her life caring for her," Watkins says. "That was really important for our family."

Watkins is policy director for the Economic Opportunity Institute and had paid leave, but she says she knows plenty of workers who don't.

But for some conservative groups and business interests, a universal federal paid leave requirement, or an increase in payroll taxes to pay for it, are unwelcome.

Mandates such as requiring employers to contribute toward paid family leave raise the cost of hiring, which in turn will hurt employment prospects, says Carrie Lukas, president of the Independent Women's Forum, which advocates for free-market policy.

Last month, Lukas' group suggested tapping into Social Security early — inspiring the proposal from Sen. Rubio. She opposes creating a new entitlement program, and refutes critics of the proposal who say it would delay retirement, especially for low-wage women.

"I don't think it's a tremendous hardship to delay receiving retirement benefits from [age] 67 to 67 1/2, if you decide to use a bunch of parental benefits," Lukas says.

"Sometimes they can find themselves trying to comply with one law, maybe the state law, and running afoul of the local law," she says.