Accessibility links
More Than Just Nostalgia, 'Time Pieces' Is A Multilayered Memoir Of Dublin Irish writer John Banville's new book is a shimmering, frequently elusive book about a city, but also an inquiry into memory, shifting attention, and above all time as it passes and becomes the past.

More Than Just Nostalgia, 'Time Pieces' Is A Multilayered Memoir Of Dublin

More Than Just Nostalgia, 'Time Pieces' Is A Multilayered Memoir Of Dublin 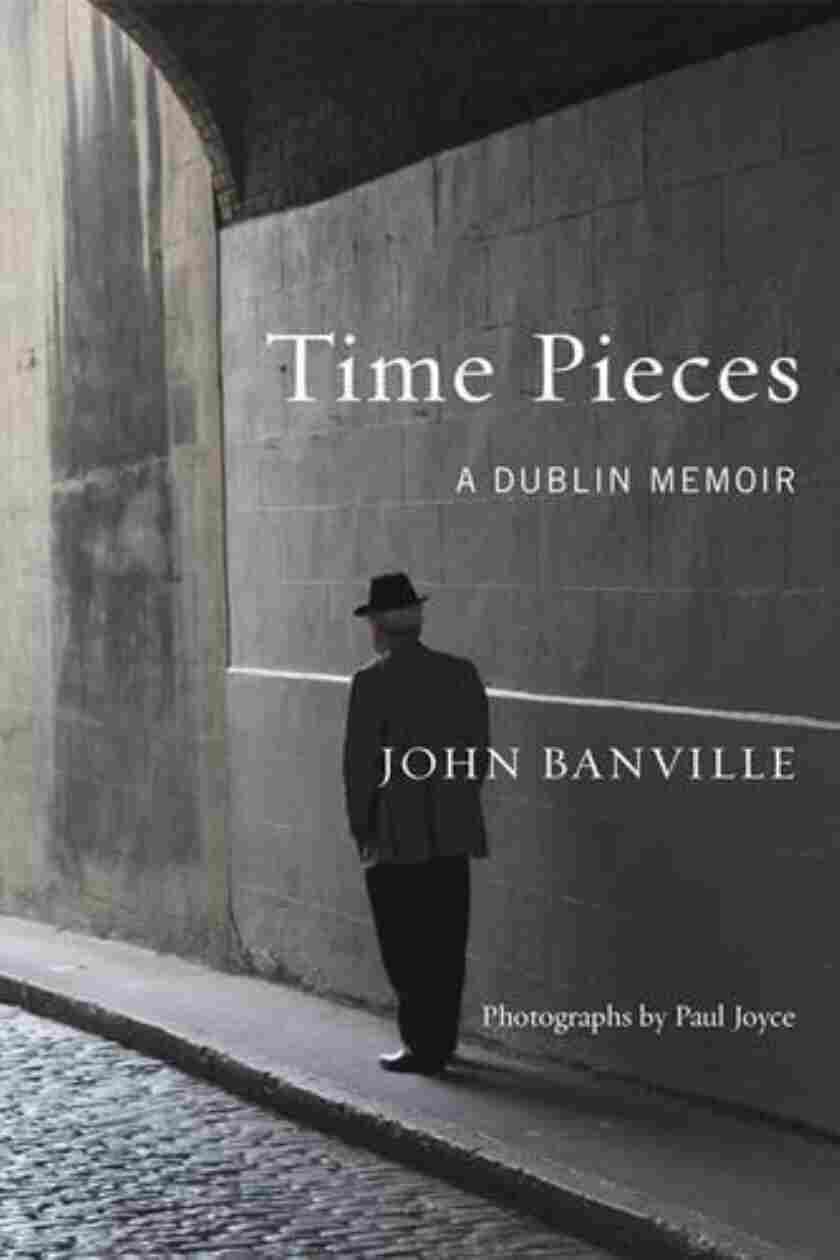 John Banville, the notoriously self-critical Irish writer known for his elegant precision and icicle-sharp wit, has reached the age of nostalgia and redress. In Time Pieces, a lovely quasi-memoir and multi-leveled portrait of Dublin, Banville makes up for the short shrift he feels he's given his adopted city in his novels, which include The Sea, Ancient Light, and Mrs. Osmond, his recent sequel to Henry James' Portrait of a Lady.

"How many strata of time am I spanning here, how many imbricated layers of the past am I standing on?" Banville asks, as he excavates Dublin's evolving place in both history and his own life. The word imbricated, by the way — meaning overlapping like roof tiles — is typical of Banville's verbal felicity.

"Dublin was never my Dublin," the Wexford-born author writes. "Dublin was for me what Moscow was for Irina in Chekhov's Three Sisters, a place of magical promise towards which my starved young soul endlessly yearned." His paean to this damp city bifurcated by the River Liffey is dappled with charm, beginning with his boyish excitement at the annual December birthday visits he looked forward to all year long.

He finally "forsook" (another deliberately chosen word) his hometown for Dublin at age 18, in the early 1960s, with nary a backward glance. Yet, as an aspiring writer, Banville found Dublin of no more "use to me as a backdrop for my fiction" than Wexford (which features so strongly in Colm Toíbín's work). Why? He felt that James Joyce "had seized upon the city for his own literary purposes and in doing so had used it up, as surely as Kafka did with the letter K." (The exception, Banville points out, is in his own noir crime novels, written under the pseudonym Benjamin Black; his protagonist, Dublin pathologist Quirke, lives in a fancier version of the Mount Street flat he shared with his maternal aunt when he first moved to the city.)

Time Pieces has much more to it than nostalgia and regrets. It's an inquiry into memory, shifting attention, and, above all, inexorable time, that ultimate unfathomable. "When does the past become the past?" Banville asks. "How much time must elapse before what merely happened begins to give off the mysterious, numinous glow that is the mark of true pastness?"

The book is also a travel guide with a personal bent. Banville's tour of a city historically richer in pubs and writers than restaurants and bankers is greatly enhanced by photographs taken by Paul Joyce, a filmmaker and photographer who has also collaborated with Samuel Beckett and David Hockney. His images of stately Georgian doorways, damp paving stones, verdant public gardens, and man-made waterways provide a visual counterpoint to Banville's text, while multiple rear-view shots of the compact, gray-haired, fedora-topped author standing stock still in solitary contemplation evoke a sense of mystery reminiscent of Graham Greene's The Third Man.

Many of Banville's excursions are in the company of a developer friend, Harry Crosbie, OBE, to whom the book is dedicated. Banville's guide, here dubbed "Cicero," is a noticer who points out things the author might otherwise miss, like the impressive bush-hammered granite that frames the heavy door to the Blessington Street Basin, and the magnificent stonemasonry hidden under the bridges that span Dublin's Grand Canal. Banville admires his friend not just for his gift of sight, but also for his vision, which embraces both Dublin's past and future, and fuels projects from historically sensitive pavement repairs to new construction that avoids egregious "urban mutilation."

'Time Pieces' has much more to it than nostalgia and regrets. It's an inquiry into memory, shifting attention, and, above all, inexorable time, that ultimate unfathomable.

The most resonant chapters of Time Pieces involve Banville's personal memories. He lingers at length over an unrequited love for a young woman named Stephanie Delahaye, and her raucous family who made fun of his "culchie" yokel ways. Describing a date in the Iveagh Gardens, he writes, "I held her hand. I was wasting my time, she said, wasting my time; and yet she smiled, and allowed her hand to rest in mine." And then he adds, "It is out of such moments, commonplace yet plangent, that the past, the longed-for past, assembled itself."

Apparently, more than the actual past assembled itself. Later, when Banville wonders what became of Stephanie, I thought, Well, why don't you check? So, too, did an interviewer for The Irish Times, to whom he confessed that Stephanie never existed as such: She is a composite of several people – that scourge of journalism. And so, it seems, is John Banville. As this shimmering, meandering, frequently beautiful but somewhat elusive book reveals, he, too, is an amalgam of several people: acclaimed literary novelist, popular crime writer, idiosyncratic travel guide, private person, and rather reticent memoirist.