Accessibility links
'We Were In That School': Parkland Students Prepare To Return After Shooting Marjory Stoneman Douglas High School students return to school Wednesday, two weeks after the deadly shooting. Sophomore Gabe Glassman captures what day-to-day life is like for these students now. 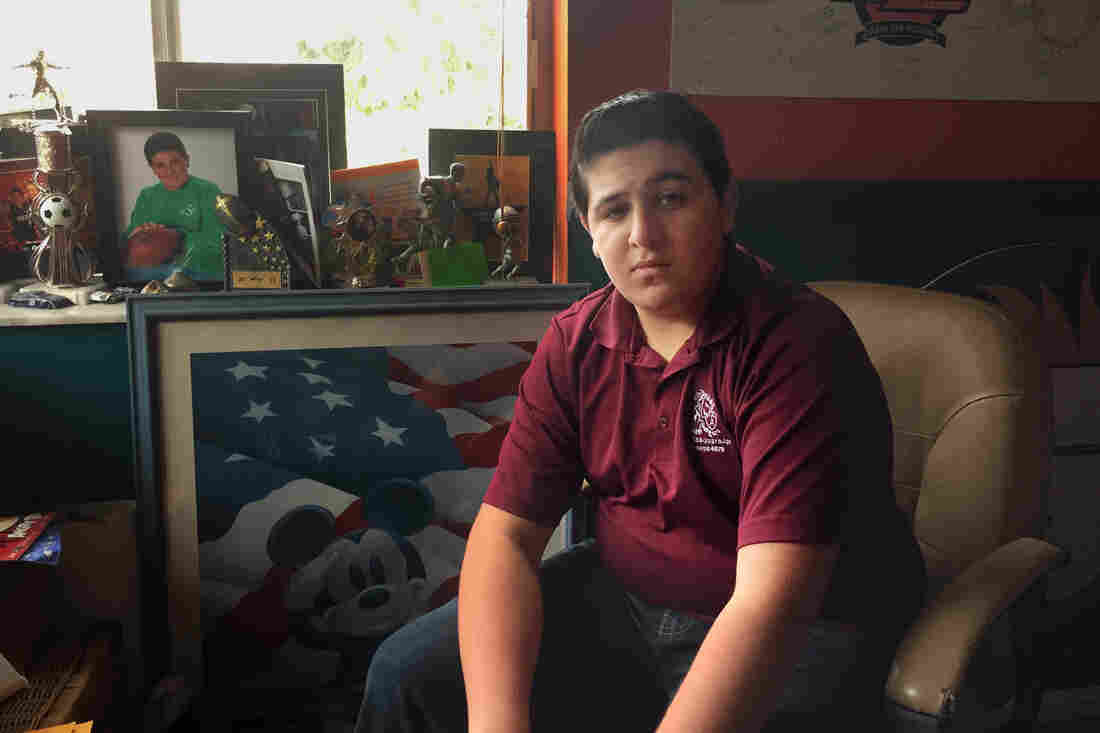 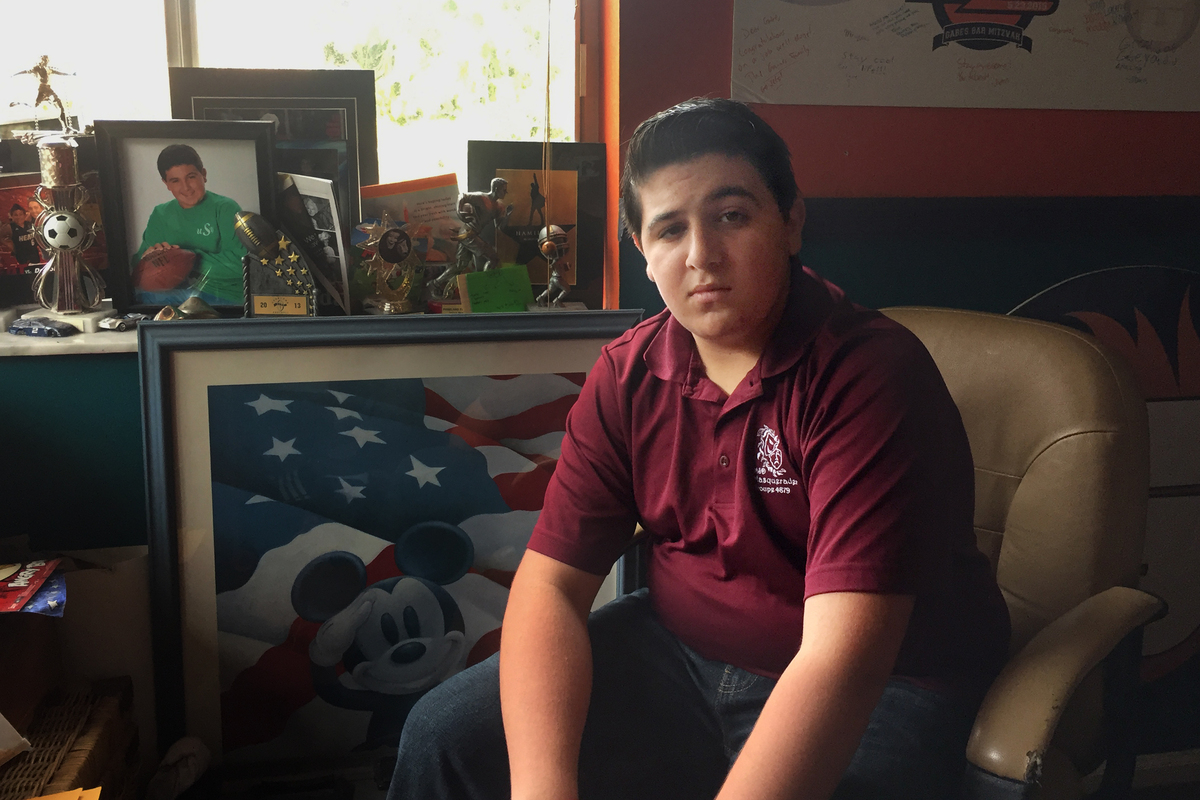 Surviving a shooting at his high school turned Gabe Glassman into a gun-control activist. The Marjory Stoneman Douglas High School sophomore says political activism is his way of coping.

For the past few weeks, my house has been command central for handling classroom supplies that people across the country have donated to my teachers at Marjory Stoneman Douglas High School. Many of their classrooms were shot up when a gunman opened fire on Feb. 14, killing 17 of my classmates and school staff.

I'm a sophomore at Douglas. At the time of the shooting, I had to hide in a closet for an hour and 20 minutes and get evacuated by a SWAT team.

This is my life now. If I'm not at home, helping my mom manage supplies, I'm in grief counseling, speaking at a rally or visiting memorials in the park. Then I go on social media to check my posts about gun control. More than 2,200 people saw my latest tweet, 46 people liked it, and 28 people retweeted.

We will never agree with you. You’re the reason why we’re in this mess in the first place. These questions were submitted by my fellow classmates and the teachers at MSD. @CNN didn’t have anything to do with the questions. https://t.co/QVMTifK5rz

My mom checks on me a lot. Her name is Lisa Glassman.

"OK, so how are you feeling right now for real? Tell me what's going on in your mind and stuff," she says.

A lot, I told her. A lot is going on in my mind, and obviously there is so much I have to think about: Going back to school. My Twitter life. My activist life.

My friend Alex Wind understands. We know each other from theater, but now, Alex is more famous for his activism. He helped start the #NeverAgain movement after texting with friends.

Alex says the movement is a way to cope, not necessarily to grieve.

"As much as we're doing all these interviews ... , we're still kids and we were in that school," he says.

#NeverAgain grew from a hashtag to March For Our Lives, scheduled for next month in Washington, D.C., and across the country. It's a lot to handle.

"There are hundreds of messages at all times. And we're trying our hardest. We're all so busy all day long," Alex says.

We don't go back to school until Wednesday. Since we've been home, it seems like everyone is part of the movement. I'm speaking, tweeting and writing letters to government officials. And I'm not even one of the organizers.

Like Alex says, "There's no central leader. It's a team effort. That's what's most important. We'll split up and we'll say, 'OK, this group, let's do this thing, this group do this thing.' "

Douglas High School senior Ariana Ortega is part of the activism, too — and she can't believe how fast everything has changed. "Two weeks ago, we were all going prom dress shopping, sending each other pictures. ... All of those things seem so insignificant now."

Now, Ariana says, "We have many group chats, where we have students speaking about legislative stuff, emotions, plans, everything." 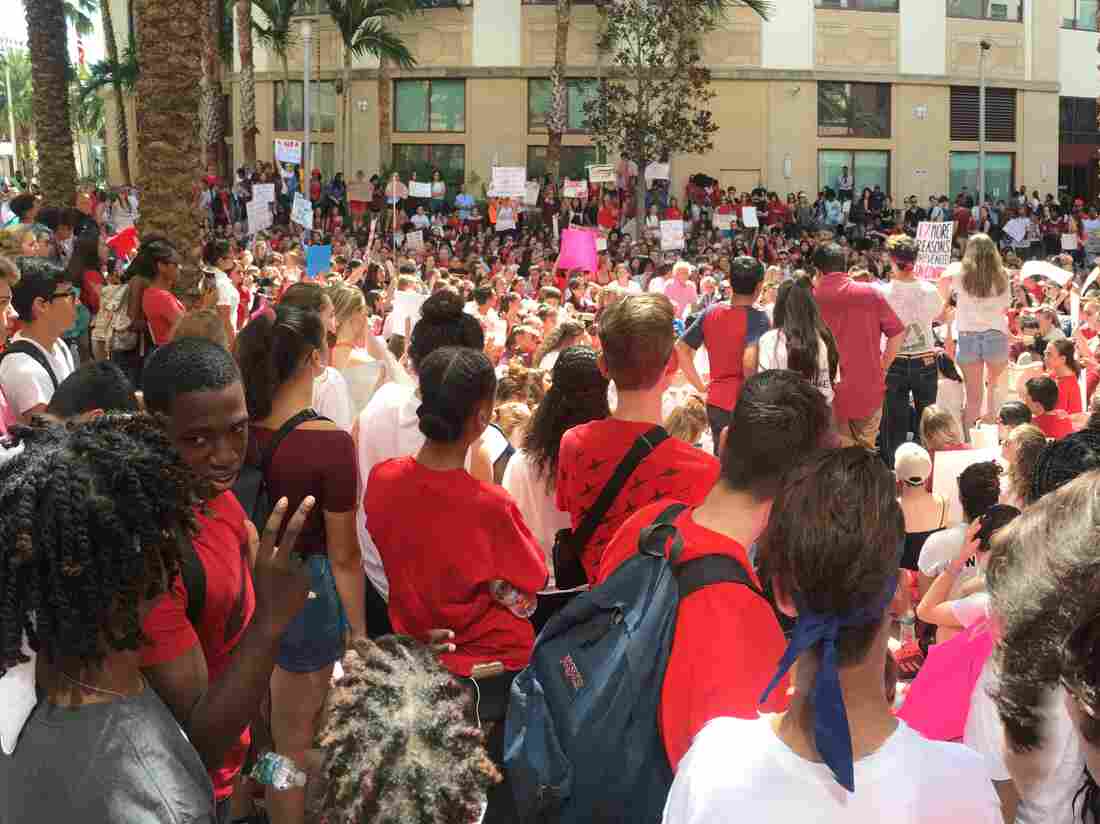 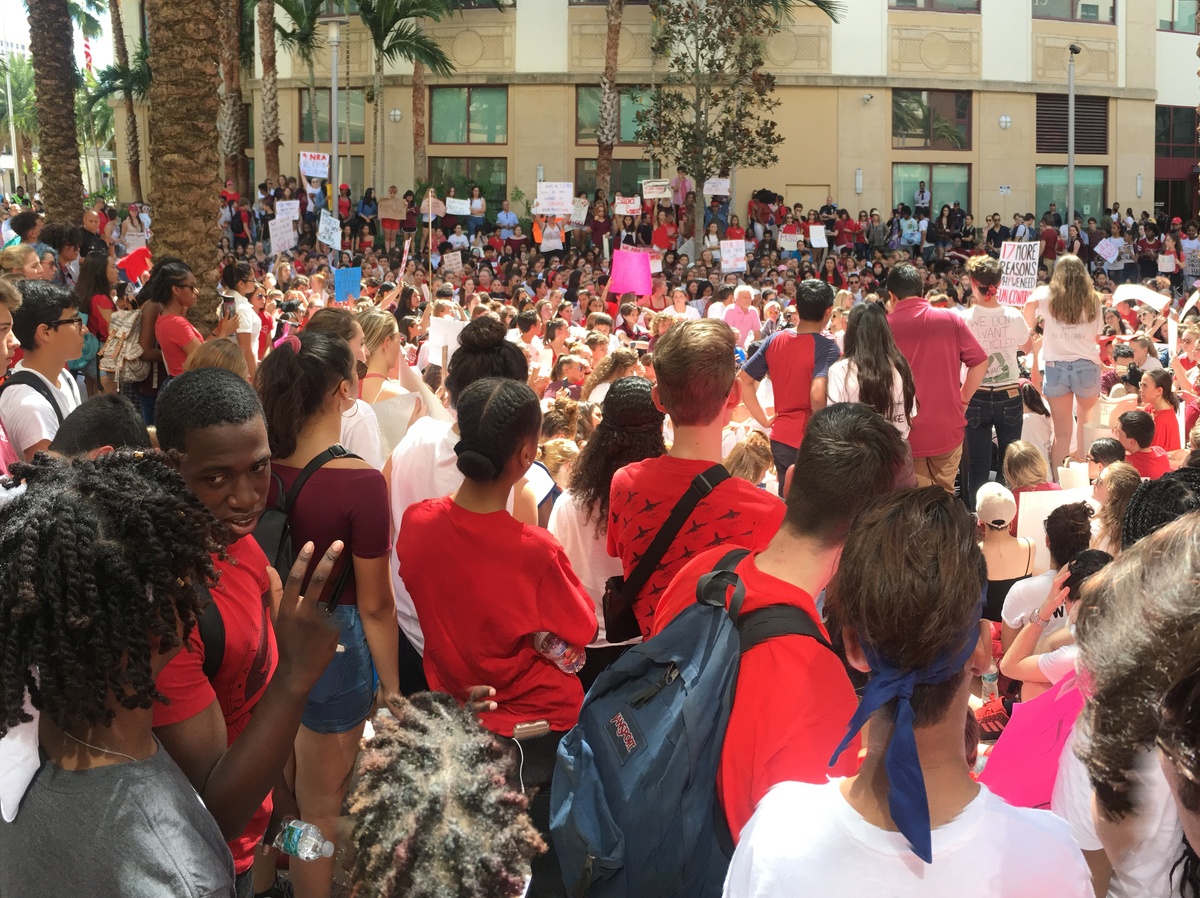 We all have our own ways to cope. Amanda Edwards is my neighbor across the street. She was in the freshman building where the shooting took place, and she has kept more private since then, finding comfort in her writing and piano. Her close friend Carmen Schentrup was killed. Amanda still vividly remembers seeing Carmen in the hallway a few days before everything happened.

"I remember coming out and seeing her, and she kind of slowed down a little bit because she saw me, and she said, 'Hi.' And I said, 'Hi.' I remember saying goodbye, and it was the last time I saw her — at least alive," Amanda says.

A lot of Amanda's friends don't plan to go back to school, she says — at least not on the first day it's back open.

"I think I'm a little bit too scared to go," Amanda says, "and my dad said that if I ever get scared during the school day on Wednesday, or after that, that I'm fine with leaving early and stuff. Because, I mean, what's the point of being at school if we're just freaking out half the time, because there might be a school shooter again coming in."

I get it. I was anxious to go back even for an hour this weekend to get the stuff I had left there. When the shooting happened, many of us ran out without our phones and backpacks. I actually felt relief getting everything back. And on a personal level, all the political activity is helping me cope. Otherwise, I'd still be in the background, or sitting in bed.

What Students, Parents And Lawmakers Are Saying About The Parkland Shooting

But some moments are easier than others, and it's hard to explain to people who haven't gone through it. I asked my friend Sawyer Garrity what she would say to another teenager who is feeling numb — someone who hadn't experienced a shooting like we have.

I don't know if I'll stay this involved or what it will feel like tomorrow once we're back at school. It might be good that we'll be busy all day, and back together.

But I know it will be hard, just to walk on campus.