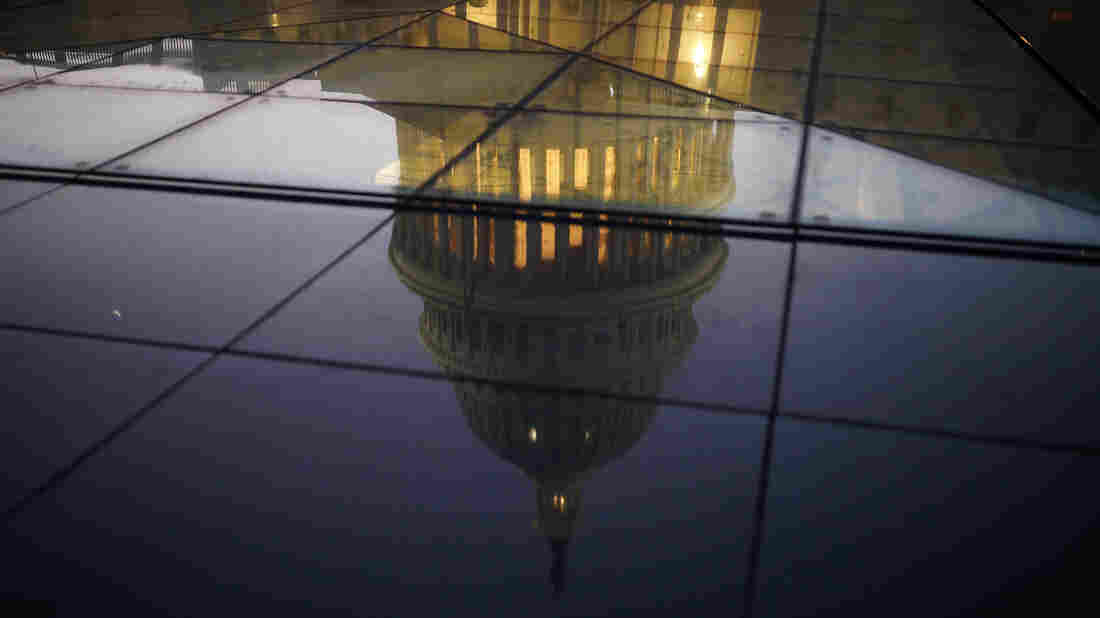 The U.S. Capitol is seen reflected in the windows of the Capitol Visitors Center. As Democrats seek to win the House in this year's midterms, they're relying on an online fundraising platform called ActBlue. Aaron P. Bernstein/Getty Images hide caption 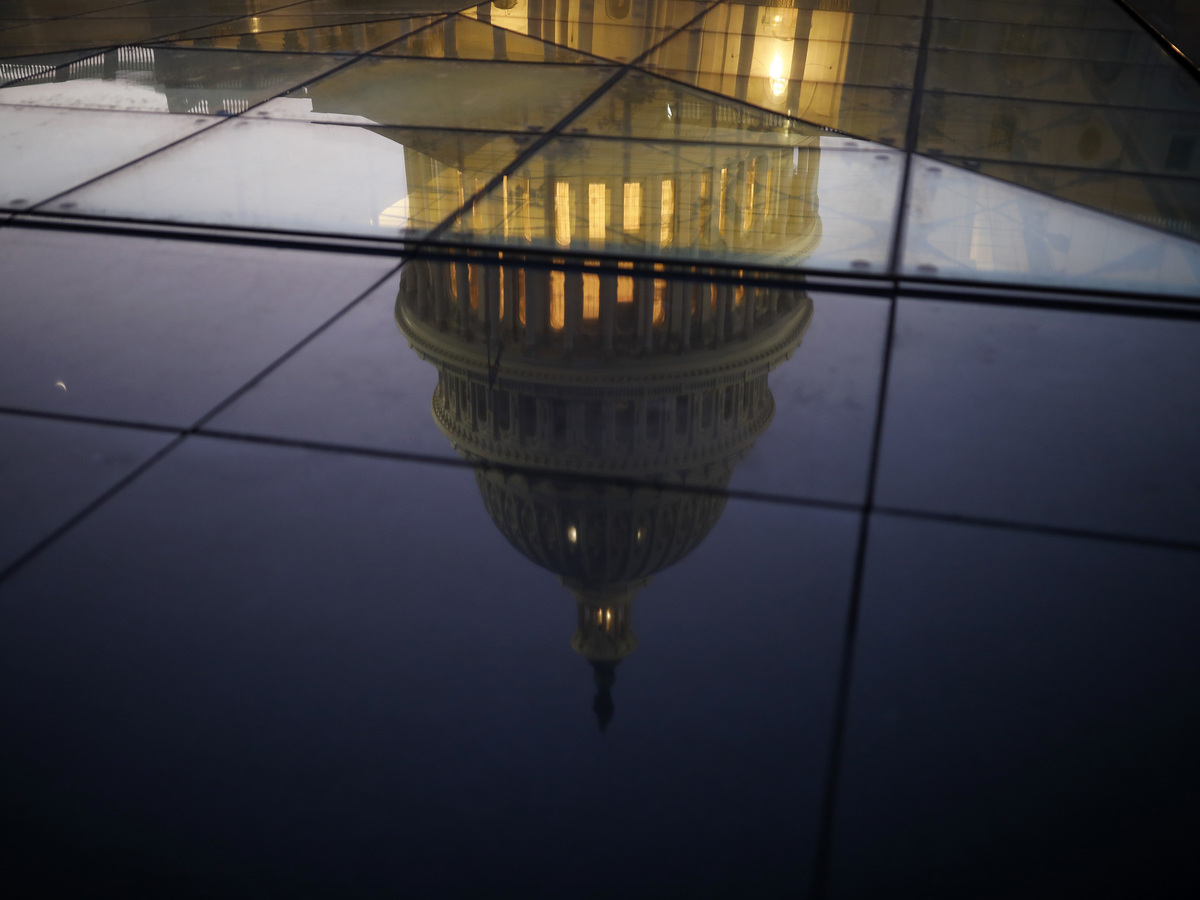 The U.S. Capitol is seen reflected in the windows of the Capitol Visitors Center. As Democrats seek to win the House in this year's midterms, they're relying on an online fundraising platform called ActBlue.

There's nothing like adversity to get political donors reaching for their credit cards, which made 2017 – Donald Trump's first year as president – the best year yet for the Democratic nonprofit ActBlue.

A conduit more than a solicitor of cash, ActBlue has been around since 2004. It's played a role in some of the Democrats' big fundraising successes, some fueled by a candidate's personality or message, and now increasingly stoked by anger or fear.

In a midterm election year where Democrats are running grassroots campaigns with first-time candidates, the fundraising platform is tapping anti-Trump sentiment like never before.

In 2017, ActBlue raised a record $522.7 million for Democratic candidates and causes. By comparison, the Trump presidential campaign committee took in $350.7 million over two years for the 2016 election. The site also stores the credit card numbers of 4.4 million Democratic donors (adding one million in 2017), allowing those donors to seamlessly give to multiple candidates.

ActBlue executive director Erin Hill told NPR the donor base now falls into two categories. "You're having people who are excited about campaigns, and you're also seeing folks wanting to have a reaction to what's going on right now in the White House."

But "ActBlue isn't like EMILY's List or MoveOn or Democracy For America," said David Karpf, a professor of media and public affairs at George Washington University, naming three big advocacy groups that use ideological litmus tests to choose the candidates they help.

ActBlue offers a free service to any Democrat who wants it. It runs mainly on small transaction fees for all those contributions. The key to this business model is ActBlue's status as a political committee – making it tax-exempt, and unique.

Karpf said, "We have a lot of other fundraising sites on the Democratic side, but not a lot of other sites that are trying to do what ActBlue does, because ActBlue is already the largest and is already doing it well."

The site came to prominence back in September 2009 after then-President Barack Obama addressed Congress and Rep. Joe Wilson, R-S.C., shouted, "You lie!" as Obama made his case for the health care overhaul bill.

Wilson's shout set off a wave of booing in the House chamber, followed by a days-long flood of small-dollar contributions to Wilson's Democratic challenger, Rob Miller. Much of the money went through ActBlue.

Miller's cash-on-hand went from roughly $49,000 on his previous financial report to $1.7 million on the next one: not enough to beat Wilson, who also profited from the episode, but enough to catch the attention of grassroots Democrats.