Accessibility links
Trump Echoes NRA More, After Bipartisan Tone Started The Gun Discussion The president made it seem as if he wanted to take a bipartisan approach right after the Florida school shooting. As of late, he has spent more time with the NRA, and it's beginning to show. 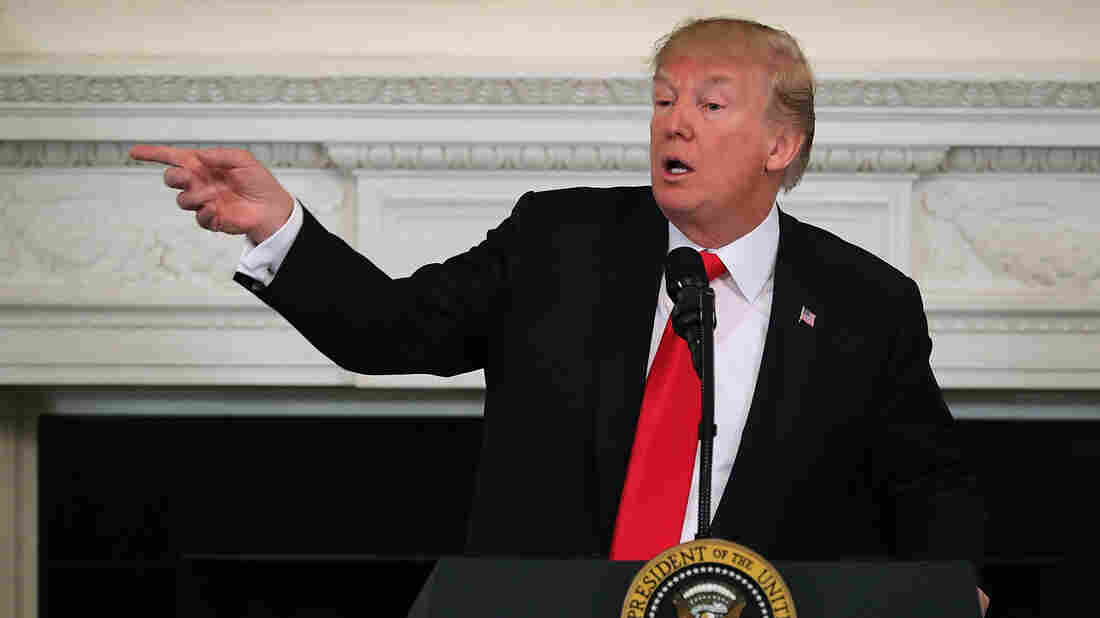 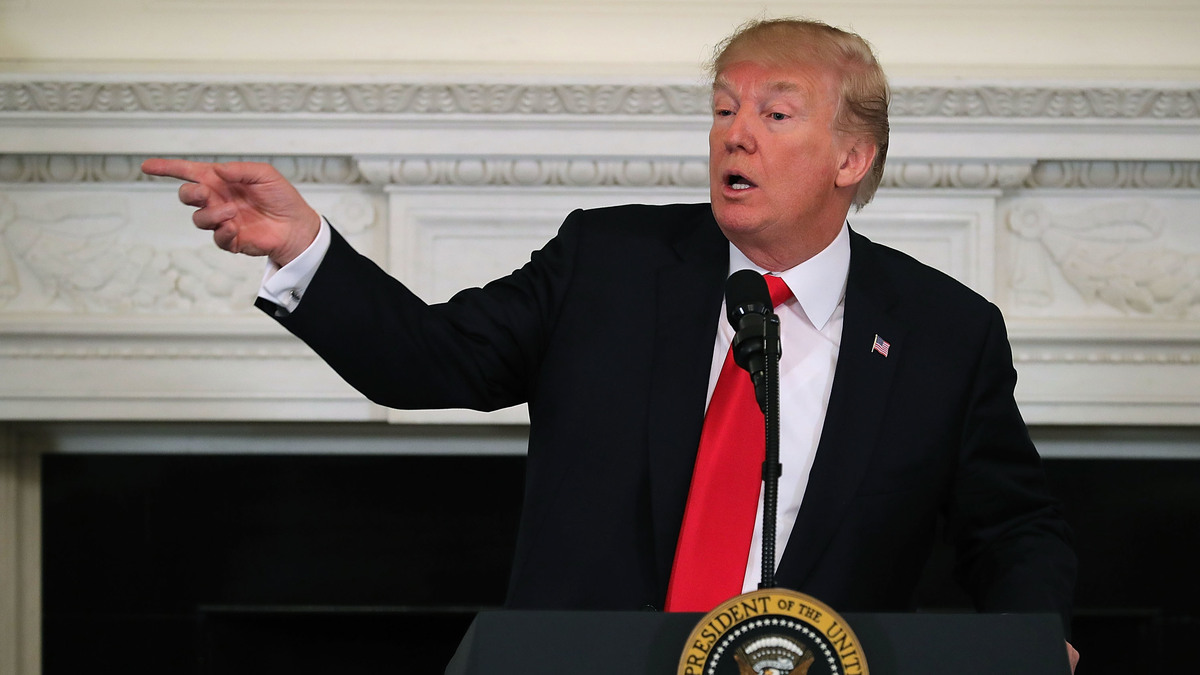 President Trump hosts state governors at the White House on Monday to lead a discussion on school safety.

Lawmakers in Washington and Tallahassee have discussed a lot of ideas to reduce school shootings, but on the hardest questions — like what to do about guns — there is just no clear consensus.

There are few signs of clarity from President Trump, who has taken a leading role in the debate without providing strong direction to solve the problem.

Trump started out voicing support for several options that crossed party lines. But lately the bipartisan message has gotten muddled. For one thing, Trump has been spending more time with the National Rifle Association, and it's beginning to show.

Some Republican lawmakers want to raise the age limit to buy a long gun to 21 from 18; others, like the NRA, do not.

Trump voiced support for this proposal last week but didn't mention it at last week's Conservative Political Action Conference, where the NRA had a big presence, nor did Trump talk about it at a White House meeting with governors on Monday, after he had lunch with NRA leaders over the weekend.

Background checks have broader support. On Meet the Press on Sunday, Republican Sen. Pat Toomey of Pennsylvania, who has sponsored a bill to vastly expand background checks, said it may be up to Trump whether this happens or not.

"The president's expression of support for strengthening our background check system is very constructive. The president can play a huge and, in fact, probably decisive role in this," Toomey said.

But even though Trump says he wants "comprehensive" background checks, he has only supported a House bill that would tweak the current background check system. It would not make it universal nor close the gun show loophole, as would the bill that Toomey sponsored with Sen. Joe Manchin, D-W.Va. in the months after the 2012 shooting at Sandy Hook Elementary School in Newtown, Conn.

The House bill, which is backed by the NRA, also includes a provision to loosen existing gun restrictions. It would allow people with permits to carry concealed weapons in their states to carry anywhere in the country — even in states that don't offer conceal-carry privileges. That provision is opposed by Democrats in the Senate.

The NRA says it does not support banning bump stocks, despite coming out for more regulation of them after the massacre on the Las Vegas Strip last year.

Democrats and some Republicans are willing to reinstate the ban on some styles of assault weapons, but others including Florida Gov. Rick Scott, Trump and the NRA are not.

This suggests the debate may follow the same path we've seen after other mass shootings — a spike in support for gun control in the polls, no action by Congress, then fading interest as the moment passes.

The main thing the president talks about now is "hardening" schools and arming some teachers. Those ideas represent the essence of the NRA approach to preventing school shootings — an echo of NRA executive Wayne LaPierre's CPAC speech — but they lack broader support.

The idea of arming teachers hasn't gone through any kind of policy process at the White House. There are numerous questions about how it would work and whether the federal government could have any role in this, since K-12 education is the responsibility of the states.

A White House spokesman admitted last week that there is no plan to turn Trump's idea of arming some teachers into legislation — in other words, the president was just musing about it.

Look back over the past several months of the immigration debate when Trump started by claiming he was searching for consensus, then retreated to a hard-right, maximalist position.

With immigration, the president first said that he would sign whatever Congress sent him and that he would "take the heat" if lawmakers compromised. Then, when faced with a bipartisan deal that would have given him full funding for his border wall and a path to citizenship for the people in the U.S. illegally who were brought here as children, he rejected it and insisted on a proposal that would drastically reduce legal immigration instead.

In the gun debate, he has managed to dominate the media narrative — one of the ways Trump measures success — with his proposal to arm some teachers. It's a proposal that has few supporters outside the president's hard-core base — just like the proposal to limit legal immigration.

At the White House meeting with governors, Trump didn't mention the idea of raising the age limit to purchase assault rifles to 21 — a proposal he had seemed to embrace earlier. That left the White House facing questions about whether the NRA twisted his arm when he had that luncheon with the organization's leaders.

"The president's still supportive of the concept," press secretary Sarah Huckabee Sanders said. But the administration is holding out for the details.

The president revealed the NRA lunch to reassure people once again that he can handle the gun lobby.

Tipping point for the NRA?

If a Republican president stood up to the NRA and changed the dynamic on gun control, it would be a tipping point in American politics. However, tipping points are most clearly seen in the rearview mirror.

Lots of observers have suggested that this time is different. And it does feel different because of all those young, articulate, social media-savvy students.

But the 2012 Sandy Hook shooting has also been considered a tipping point because of the horror of first-graders being massacred — and nothing happened.

Still, the decision by a growing number of businesses to sever ties with the NRA shows that many companies now feel doing business with the gun lobby is bad for their bottom line.

Whether it's bad or good for Trump and Republicans won't be known until November.