Accessibility links
Supreme Court Ruling Means Immigrants Could Continue To Be Detained Indefinitely The court ruled that immigrants, even those who are permanent legal residents and asylum seekers, have no right to periodic bond hearings, meaning they could be held indefinitely in some cases. 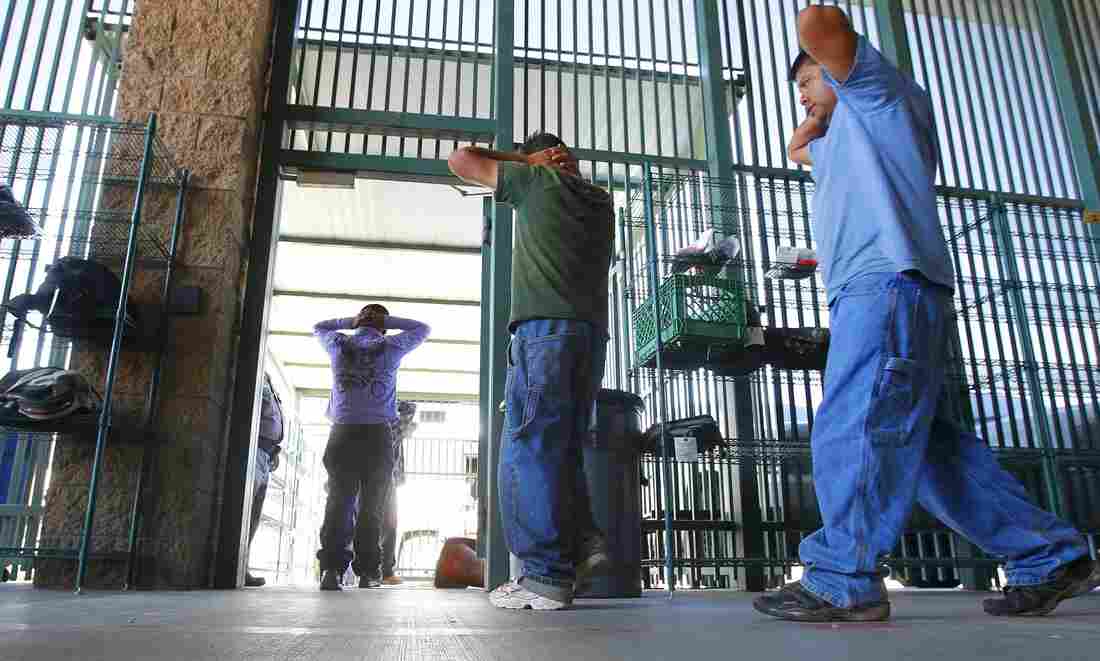 Immigrants suspected of being in the U.S. illegally are transferred to be processed at the Tucson sector of the U.S. Customs and Border Protection headquarters in Arizona in 2016. Ross D. Franklin/AP hide caption 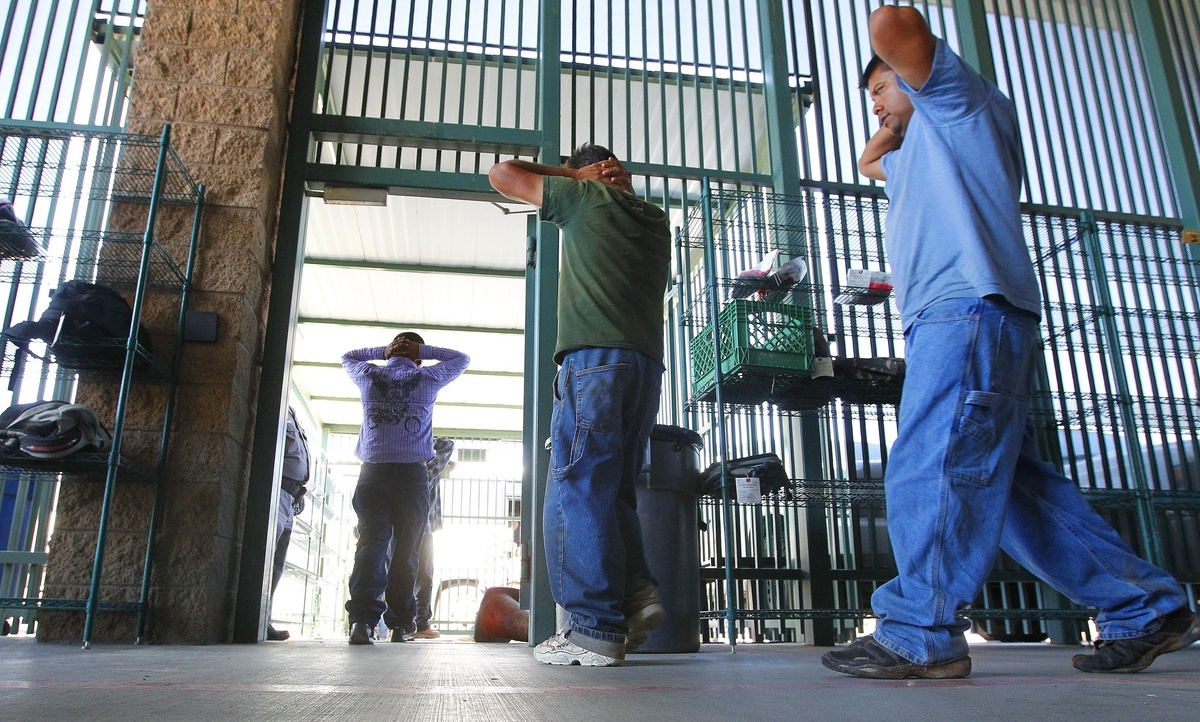 Immigrants suspected of being in the U.S. illegally are transferred to be processed at the Tucson sector of the U.S. Customs and Border Protection headquarters in Arizona in 2016.

The U.S. Supreme Court ruled Tuesday that immigrants, even those with permanent legal status and asylum seekers, do not have the right to periodic bond hearings.

It's a profound loss for those immigrants appealing what are sometimes indefinite detentions by the government. Many are held for long periods of time — on average, 13 months — after being picked up for things as minor as joyriding. Some are held even longer.

The case, Jennings v. Rodriguez, has implications for legal permanent residents whom the government wants to deport because they committed crimes and for asylum seekers who are awaiting a court date after turning themselves in at the border. Immigrant advocates contend that many of these immigrants have a right to be free on bail until their case is heard.

But the court wrote in its 5-3 opinion Tuesday, "Immigration officials are authorized to detain certain aliens in the course of immigration proceedings while they determine whether those aliens may be lawfully present in the country."

The majority opinion was penned by Justice Samuel Alito and joined by the court's conservatives. (Justice Elena Kagan did not participate. She recused herself, stemming from work she had done as former President Barack Obama's solicitor general.)

The decision reversed a Ninth Circuit ruling, but this is not the last word and could come back to the high court.

The Supreme Court sent the case the back to the lower court with two questions unresolved. First, whether indefinite detention without a chance for bail is unconstitutional. Second, whether the challenge to that no-bail provision can be brought as a class action, instead of as individual cases.

Stanford Law professor Lucas Guttentag says that in practical terms, the class action question is enormously important because most of the immigrants affected by Tuesday's decision don't have lawyers.

"If they're required to proceed individually, many of them will never be able to pursue their claims," he says. "A class action provides protection to everyone, not just to those who have a lawyer who can file a lawsuit."

No one can claim, nor since the time of slavery has anyone to my knowledge successfully claimed, that persons held within the United States are totally without constitutional protection.

Justice Stephen Breyer, reading from his dissent in the case Jennings v. Rodriguez

On Tuesday, Justice Stephen G. Breyer read from his dissent, a rare move for the court and an indication of just how passionately he disagrees with the majority opinion.

"We need only recall the words of the Declaration of Independence," Breyer said, "in particular its insistence that all men and women have 'certain unalienable Rights,' and that among them is the right to 'Liberty.' "

Breyer added, "No one can claim, nor since the time of slavery has anyone to my knowledge successfully claimed, that persons held within the United States are totally without constitutional protection."

The lead plaintiff in the case is a legal permanent resident, Alejandro Rodriguez, who came to the U.S. as a child and worked as a dental assistant. As a teenager, he was convicted for joyriding, and at 24, he pleaded guilty to misdemeanor possession of a controlled substance.

Rodriguez was detained for three years without the right to appear before a judge to ask for bond.

The American Civil Liberties Union took up Rodriguez's case. The civil rights group filed a class action lawsuit and eventually won his release and the cancellation of his deportation order. Rodriguez remains in the United States.

The Ninth Circuit Court of Appeals ruled that the immigrant detainees and asylum seekers can't be detained indefinitely and that they have a right to a bond hearing every six months. The appellate court also held that in order to hold these detainees, the government must show that the immigrants would pose a danger or become a flight risk if set free.

The Obama administration appealed to the high court, insisting that Congress — not the courts — has the power to make immigration law and that the law allows the government to detain "criminal and terrorist aliens" as well as "aliens seeking admission to the United States."

The Trump administration continued the case.

The administration also argued that detained immigrants should not be recognized as a class that could bring legal action. Lawyers for the Justice Department said detainees should rely on individual habeas corpus petitions to challenge their detentions.

The ACLU countered that few detainees have access to legal counsel and that a backlog of such habeas corpus petitions almost guarantees delays in winning release.