Accessibility links
Congress Stalled On Bills To Tighten Gun Background Check System Lawmakers have made little progress in advancing any new gun control measures in since the Feb. 14 shooting that left 17 people dead at a high school in Parkland, Fla. 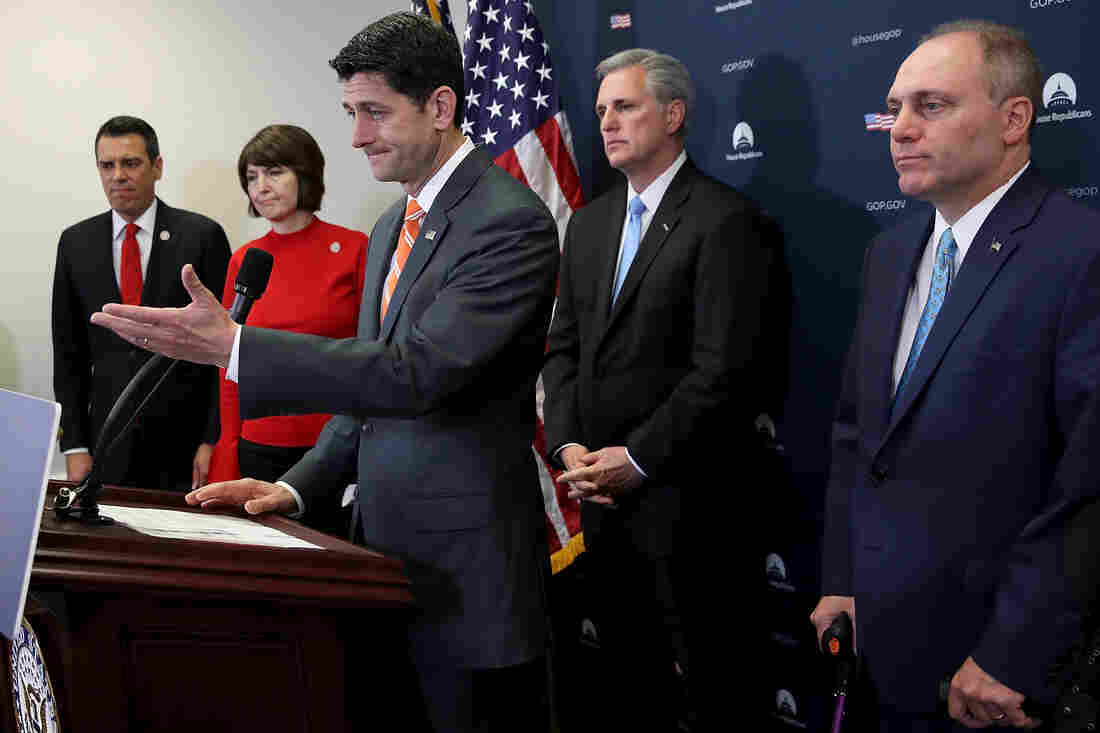 House Speaker Paul Ryan, R-Wis., said at a Capitol Hill press conference on Tuesday that the House would wait "to see what the Senate can do" on gun legislation. Win McNamee/Getty Images hide caption 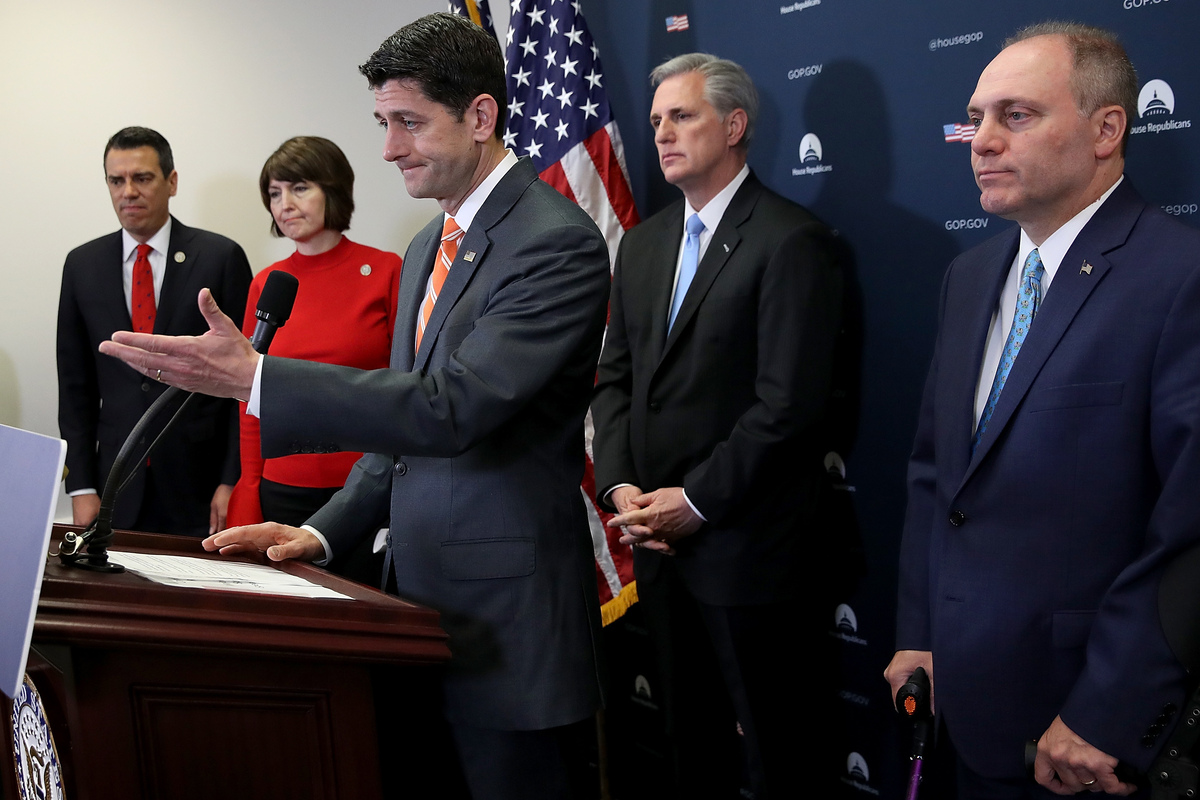 House Speaker Paul Ryan, R-Wis., said at a Capitol Hill press conference on Tuesday that the House would wait "to see what the Senate can do" on gun legislation.

Congress is under intense pressure to pass legislation to curb gun violence, but lawmakers are deeply split over how far to go in limiting access to guns.

Lawmakers from both parties say they want to take action to prevent another deadly attack like the Feb. 14 shooting at a Florida high school that killed 17 people. Disagreements over gun control measures go beyond a clear partisan split between Democrats and Republicans, leaving even the most popular bipartisan proposal stalled in Congress.

Senate leaders had hoped to fast-track a bill to improve the national background check system and send it to the House for quick consideration. But conservative Sen. Mike Lee, R-Utah, placed a hold on the bill, preventing speedy passage. House Speaker Paul Ryan, R-Wis., told reporters Tuesday that he does not plan to take up any gun measures until the Senate acts first.

Ryan said he is deeply disturbed by the shooting and he wants Congress to delve into failures in the existing law enforcement and background check systems that happened in the lead-up to the Florida shooting.

Many Republicans oppose any limits on gun rights for most people. Ryan said the House is focused instead on preventing criminals and people with a history of mental illness from accessing deadly firearms.

"We do know that there are gaps in the background system that need to be plugged," Ryan said. "We shouldn't be banning guns for law-abiding citizens, we should be focusing on making sure that citizens who shouldn't have guns in the first place don't get them."

The Senate bill would address some of those concerns with narrow changes to how local, state and federal law enforcement agencies share information. It would make it easier for the FBI and local police to update the National Instant Criminal Background Check System.

Conservatives like Lee say that the Senate bill doesn't address the core problem with the background check system and that they worry it would deny gun owners their right to due process. Lee and Sens. Rand Paul, R-Ky., and John Kennedy, R-La., sent a letter to Senate leaders opposing that bill, saying they worry it "might lead to an increase in the likelihood of abuse and administrative error."

Schumer is also co-sponsor of the narrower Senate bill, which was written in part by Texas Sen. John Cornyn, the No. 2 Republican in the Senate.

Cornyn has complained that the infighting over the narrow bill could be standing in the way of the best opportunity Congress has to pass a gun bill this week.

"This is our chance to show the nation that we refuse to accept shootings at schools and churches as the new normal," Cornyn said Tuesday. "If our attitude is 'I want everything on my list or nothing,' we're going to end up with nothing."