Accessibility links
Sen. Bob Corker Of Tennessee Really Isn't Running For Re-Election (Seriously) This time the Tennessee Republican means it. Sen. Bob Corker had been wavering after he announced in September that he would be retiring. 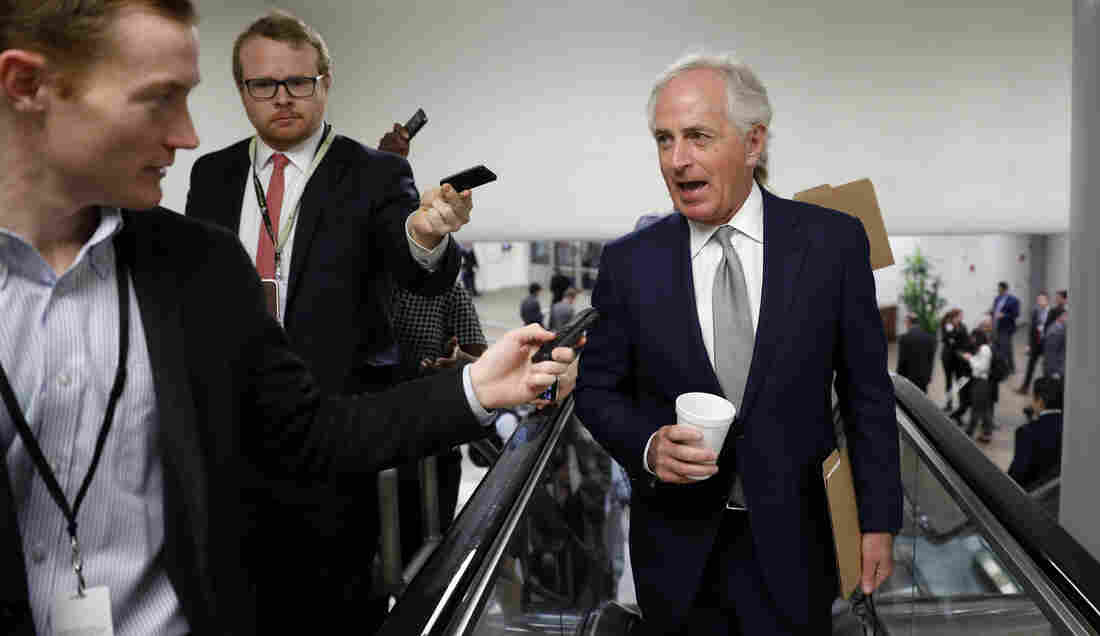 Sen. Bob Corker, R-Tenn., said in September that he would not seek re-election, but then he wavered. On Tuesday, he reconfirmed he would not run. Aaron P. Bernstein/Getty Images hide caption 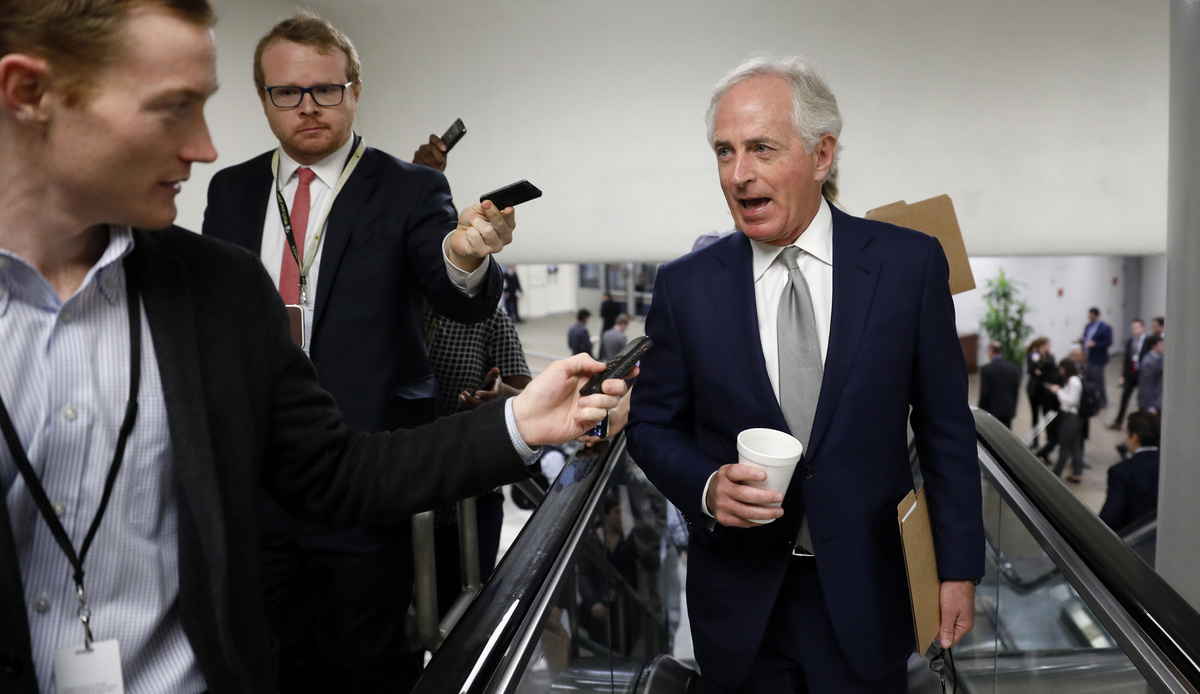 Sen. Bob Corker, R-Tenn., said in September that he would not seek re-election, but then he wavered. On Tuesday, he reconfirmed he would not run.

Sen. Bob Corker, R-Tenn., will not run for re-election this year — for real, this time.

Corker 'Listening Closely' As Some Have Encouraged Him To Reconsider Retiring

Corker had been waffling in recent weeks over his decision in September to retire and admitted he was considering jumping back into the race. Running would have set up a bruising primary fight with Tennessee Rep. Marsha Blackburn, the front-runner in the Republican primary, who announced her candidacy after Corker said he wasn't going to run.

But on Tuesday, Corker's chief of staff, Todd Womack, confirmed that the senator's initial decision will indeed stand and that he will not seek a third term:

"Over the past several months, Senator Corker has been encouraged by people across Tennessee and in the Senate to reconsider his decision not to seek re-election. Based on the outpouring of support, we spent the last few days doing our due diligence and a clear path for re-election was laid out. However, at the end of the day, the senator believes he made the right decision in September and will be leaving the Senate when his term expires at the end of 2018. When he ran for the Senate in 2006, he told Tennesseans that he couldn't imagine serving for more than two terms because he has always been drawn to the citizen legislator model and believes public service should be missional. This has been the greatest privilege of his life and he is forever grateful to the people of the Volunteer State for the opportunity to serve our state and country."

Reports surfaced earlier this month that the Senate Foreign Relations Committee chairman was rethinking his choice to step aside. Corker spokeswoman Micah Johnson said in a statement two weeks ago that "people across Tennessee have reached out to Senator Corker with concerns about the outcome of this election because they believe it could determine control of the Senate and the future of our agenda. The senator has been encouraged to reconsider his decision and is listening closely."

Some Republicans in the state who are close to Corker told NPR that there was some concern that if the more conservative Blackburn won the primary, the seat from the typically solid GOP state could be in jeopardy. Democrats have recruited former Gov. Phil Bredesen to run; Bredesen earned a reputation as a moderate during his two terms from 2003 until 2011.

Corker's allies also asserted that when the senator made his decision last fall, it was in the heat of a feud with President Trump. While Corker had once been a vocal ally of the president, their relationship began to deteriorate and the senator began voicing concerns of Trump's approach to foreign policy and what he viewed as reckless tweets from the president, saying he was putting the country "on the path to World War III." At one point, Corker called the White House "an adult day care center."

Some Tennessee Republicans argued that Corker has since mended fences with Trump and that would help him if he did run again. They maintained that Corker would easily beat Bredesen, while Blackburn would put the critical seat — which could help determine control of the Senate — in play.

However, Blackburn has been one of the most successful GOP Senate candidates so far in fundraising, ending 2017 with almost $5 million in her campaign coffers. In addition, Tennessee has moved far to the right since Bredesen was last on the ballot over a decade ago.

Some national Republicans were fretting that if Corker did decide to run again, a difficult primary could hurt whomever the party's nominee was come November. And given how Corker's standing had fallen in the Volunteer State after his row with the president, he could have been an underdog against Blackburn, a Tea Party darling.

Amid reports that Corker was reconsidering his retirement, Blackburn's campaign made clear she wasn't going anywhere even if the incumbent did decide to run again — and argued that efforts to push her out of the race reeked of misogyny.

"Anyone who thinks Marsha Blackburn can't win a general election is just a plain sexist pig," Blackburn spokeswoman Andrea Bozek said in a statement on Feb. 13. "She's the best fundraiser in the country and is beating Phil Bredesen in several polls. We aren't worried about these ego-driven, tired old men. Marsha has spent her whole life fighting people who told her she wasn't good enough, and she will do it again."

"I want to thank Senator Corker for his dedicated service on behalf of Tennessee families," Blackburn said in a statement. "Now, we can unify the Republican party and focus on defeating Democrat Phil Bredesen in November."