Accessibility links
In Africa, War Over Water Looms As Ethiopia Nears Completion Of Nile River Dam Ethiopia hopes the electricity generated by the Grand Ethiopian Renaissance Dam will boost economic development, while Egypt is concerned its neighbor will gain control over the flow of water. 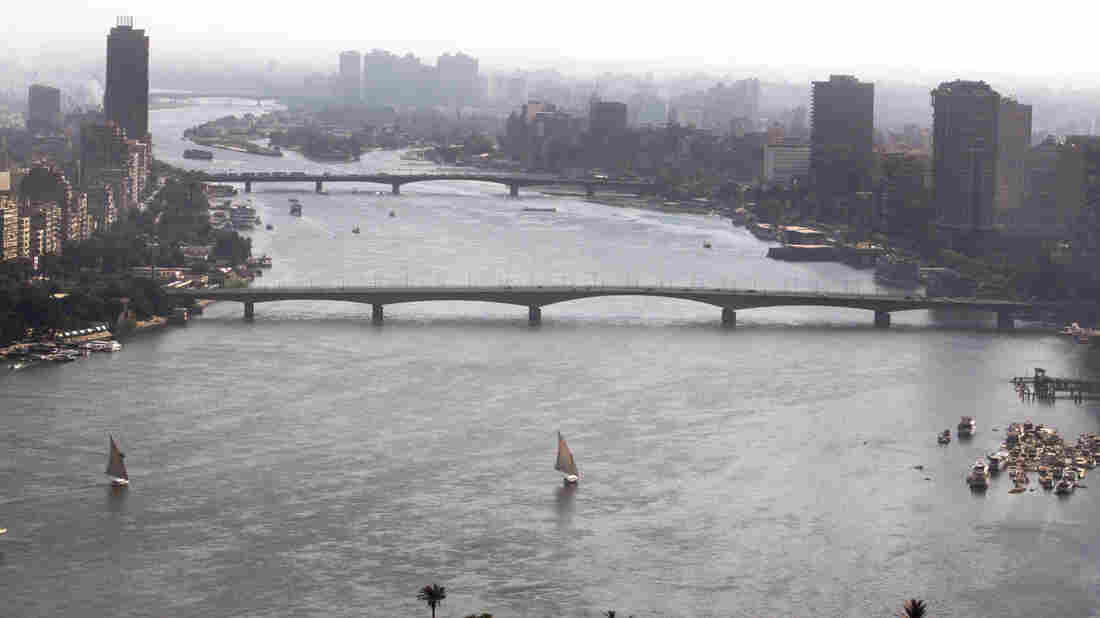 Boats sail on the Nile River in Cairo, Egypt, last October. Tensions between Egypt and upstream Nile basin countries, Sudan and Ethiopia, have flared up again over the construction and effects of a massive dam being built by Ethiopia on the Nile River. Amr Nabil/AP hide caption 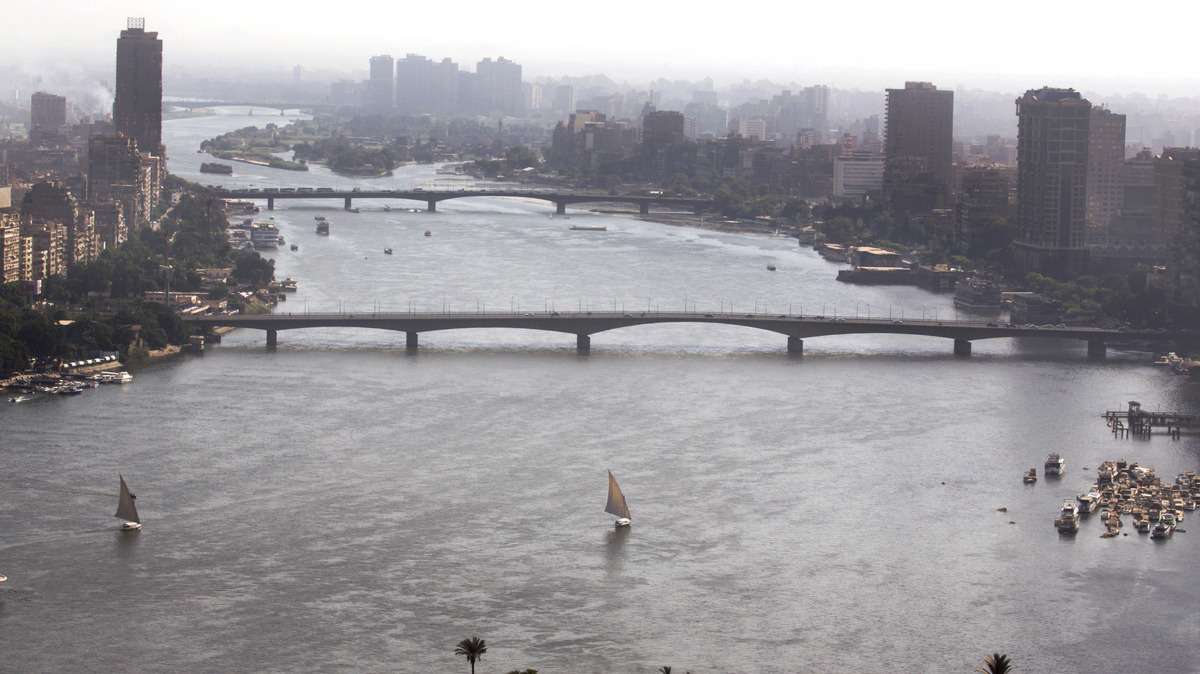 Boats sail on the Nile River in Cairo, Egypt, last October. Tensions between Egypt and upstream Nile basin countries, Sudan and Ethiopia, have flared up again over the construction and effects of a massive dam being built by Ethiopia on the Nile River.

A new mega-dam being built by Ethiopia on the Nile River is threatening to spark a war over water and shift political influence in northeastern Africa.

Ethiopia sees the dam as the key to its economic future, but its neighbor to the north, Egypt, fears the dam could spell doom for its water supply, says BBC Africa correspondent Alastair Leithead. The Nile supplies nearly 85 percent of all water in Egypt, according to the Food and Agriculture Organization of the United Nations.

The $4 billion Grand Ethiopian Renaissance Dam would tower over 500 feet and will generate more than three times the amount of energy produced by the Hoover Dam in the U.S. When completed, it will be the largest dam in Africa and will generate up to 6,450 megawatts of energy.

"Egypt has had control politically of the Nile for millennia," Leithead tells Here & Now's Jeremy Hobson. "And suddenly Ethiopia has now come along — in the middle of the Arab Spring, they started building this dam — now they can, if they want, to control the flow. They say that's not what this is about."

According to the World Bank, about 75 million Ethiopians or three-quarters of the population currently lack access to electricity. The country predicts the energy produced by the mega-dam will help put people to work, Leithead says. Industry growth in the region is a priority because the United Nations predicts the population of Africa will double by 2050.

"It's not about control of the flow, but providing opportunity for us to develop ourselves through energy development," Seleshi Bekele, Ethiopia's Minister for Water, Irrigation and Electricity, told the BBC.

But Ethiopia's dive head first into the project has real implications for Egypt's water supply. The United Nations is already predicting that Egypt will experience water shortages by 2025.

"The pharaohs used to say about Egypt that it was the gift of the Nile," Leithead says. "They used to worship the river as a god. And they now see a country upstream with a big tap that if they want to, they can turn off that river's flow."

The dam could exacerbate shortages because as the reservoir behind it fills up, the Nile's water levels could drop by 25 percent for up to seven years, the Geological Society of America estimates.

Egyptian President Abdel-Fattah el-Sissi is pressing Ethiopia to slow down the timeline for filling up the reservoir, but talks between the two countries are stalled, Leithead says.

The mega-dam could both politically and economically transform the Horn of Africa. For some countries downstream, like Sudan, it will provide cheaper electricity, and will help regulate the river's water levels, which are prone to yearly flooding. But Sudan's support could potentially disrupt a 1959 treaty with Egypt that allocates the Nile's waters between the two countries.

"If Egypt 'loses' Sudan — the only country it has a water allocation agreement with, and the only Nile riparian country which can pose significant threats to waters flowing downstream due to its high irrigation potential — that would be extremely risky for Egypt," Ana Cascão, an expert on the politics of the Nile, told Foreign Policy.

Ethiopia's drive to complete the project, which the government is funding entirely, echoes the attitude of Egypt when it built the Aswan High Dam in the 1960s, Leithead adds.

"You look back at the old footage from a few decades ago in the '60s when Egypt was building the Aswan High Dam, and you see the kind of nationalism, the kind of, 'We are behind this project. This is us as a country doing something dramatic,'" he says. "That is what Ethiopia is doing right now."