Accessibility links
Beauty Brands Struggle With The Diverse Opinions That Come With Diverse Faces Brands are praised for their bold choices when they chose a woman in hijab or transgender person to represent them. But is it real diversity if they don't want the opinions that inevitably follow?

Listen · 5:26 5:26
Beauty Brands Struggle With The Diverse Opinions That Come With Diverse Faces 5:26 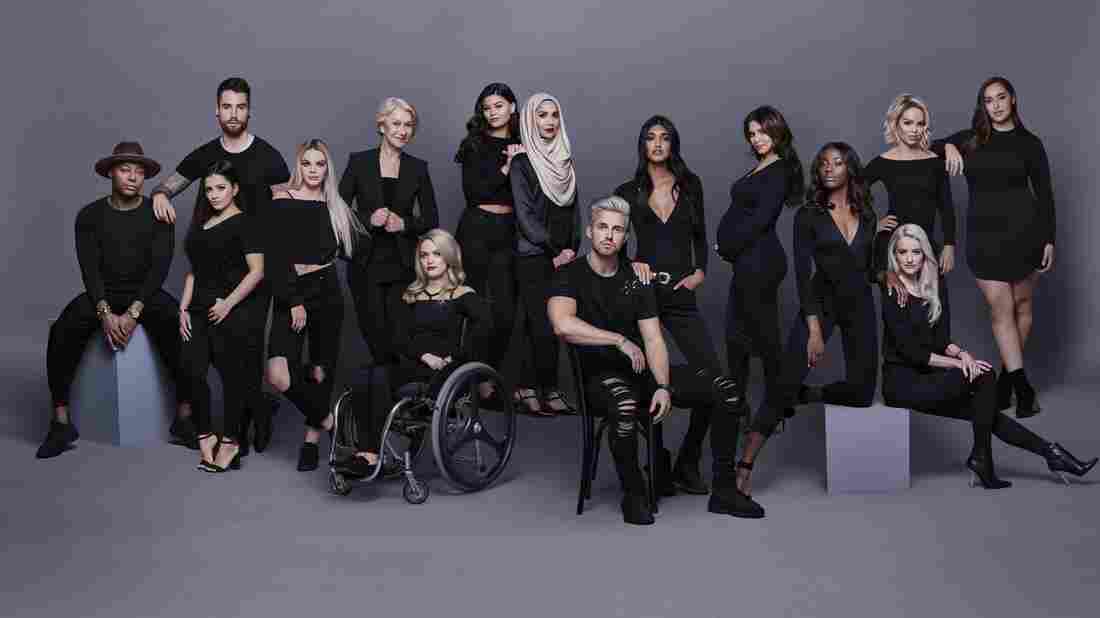 Amena Khan, center in hijab, with other L'Oreal ambassadors at a photo shoot in February 2017 in London. Handout/Prince's Trust/L'Oreal via Getty hide caption 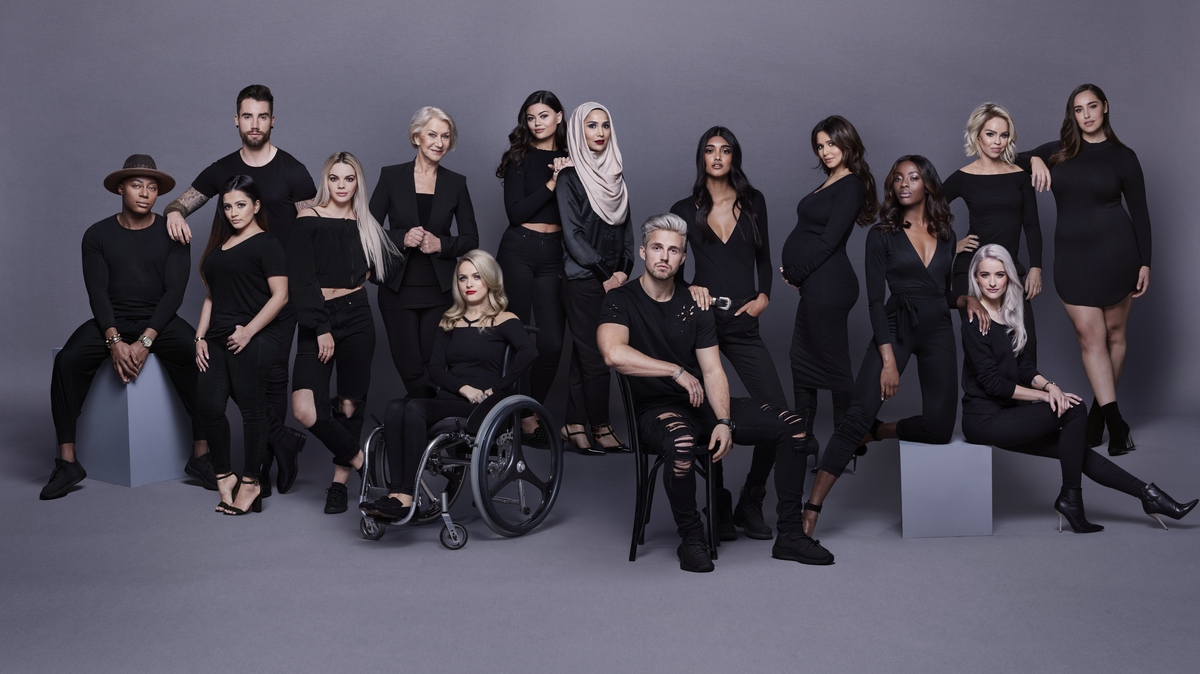 Amena Khan, center in hijab, with other L'Oreal ambassadors at a photo shoot in February 2017 in London.

Amena Khan is a Muslim British beauty blogger who wears a headscarf. And beauty brand L'Oreal did something historic last month. They chose her, a Muslim woman in hijab as one of their hair care ambassadors. Not a strand of her hair was on display.

It earned them praise for their bold choice.

But the praise turned to controversy when tweets that Khan wrote in 2014 — as civilian casualties mounted in the Gaza strip in a war between Israel and Hamas — surfaced.

In the tweets she called Israel "sinister" "an illegal state" and said "the ones who suffer most are innocent children."

The social media backlash was immediate. Accused of anti-Semitism she withdrew from the campaign and apologized.

L'Oreal publicly agreed with her decision saying it is "committed to tolerance and respect towards all people."

But the episode highlights a question companies are starting to face as they move to be represented by a more diverse cast. Is it real diversity if brands don't want the opinions that naturally come with faces from different races, faiths, genders and sexuality?

"We're in a moment right now where are very influential and really pushing our society forward and helping us all progress," said Amani Al-Khatahtbeh, the founder of MuslimGirl.com, an online magazine seen as a groundbreaking platform that shatters stereotypes of Muslim women. She started it at 17 from her bedroom because she didn't see herself represented. At 25, she's considered one of the most influential women for young Muslim women in the United States.

So when another beauty brand Revlon offered a Changemaker Award to showcase her work she turned it down.

Why? Because of what she saw as double standards.

"If we're going to be promoting feminism then it's important that we represent feminism for all women and not just some," she said.

Al-Khatahtbeh says she sees Palestinian women being denied their rights, citing the imprisonment of a teenage Palestinian girl, Ahed Tamimi, whose become a rallying cry for the Palestinian cause and yet Revlon's brand ambassador for its "Live Boldly" campaign posted in support of the Israeli army during the 2014 war.

Israeli actress Gal Godot said the Palestinian militant group Hamas was "hiding like cowards behind women and children." Godot was criticized for dismissing the lives of Palestinians. But unlike Amena Khan, Godot's career soared as Wonder Woman.

"It's an important moment for us to really be conscientious of you know the morals and ethics of the brands that we support and millennials care about," she said.

And brands may want inclusion, but they don't necessarily want the diversity of thought that comes with inclusion.

"It's a diversity that says we want to see you. We don't necessarily want to hear from you though. And therein lies the problem for any brand: when the people who are the faces of our product, when they begin to speak, how does the public respond in those instances," said Jason Chambers, an associate professor at the University of Illinois whose research focuses on the use of race and ethnicity in advertising.

It isn't the first time L'Oreal finds itself caught in political crossfire. Last year, L'Oreal fired a transgender mixed-race model and activist from an ad campaign over her social media post on race following a white supremacist rally in Charlottesville.

She wrote "Honestly I don't have energy to talk about the racial violence of white people any more. Yes ALL white people," as part of a longer post. Some saw Munroe Bergdorf's comments as an indictment of white people as racist, she says they were taken out of context in a larger point about white privilege and societal racism.

It's this kind of controversy, Chambers says, brands aren't ready for, especially on an issue as emotionally and politically charged as the Palestinian-Israeli conflict.

"What brands really want is they want controversy but not on controversial issues," Chambers said. "So if you can find an issue that gets people's attention but doesn't elicit such strong feelings wonderful. But that's difficult to do and it's just a lot easier for them to retreat."

L'Oreal, Revlon, Amena Khan and Gal Godot all either wouldn't comment or didn't respond to requests for comments for this story.

Chambers notes, though, that the brands' choices are still progress. Revlon offering an award to a Muslim trailblazer, L'Oreal making a transgender, mixed-race woman or a woman in Hijab faces of beauty.

She says other Muslims and Arabs have lost their jobs or tried to salvage them by apologizing over things they said about the Palestinian-Israeli conflict.

But culturally things are shifting, she says. It's far less acceptable, for example, to publicly disparage people over their sexuality or race. And right now there are more depictions of Muslims and Arabs in movies, on TV. But they generally fall into two camps, the good patriotic Muslim and the bad terrorist Muslim.

"While there is increasing representations that many of us would consider to be positive especially in contrast to a history of representations as exotic or terroristic," she said. "It does raise a larger question about what are the forms that Muslims can take that are acceptable in United States society. And it is clear that there are limits."