Accessibility links
Parkland Shooting: Stoneman Douglas Students Return To School Exactly two weeks after the Parkland, Fla. students escaped as a gunman entered and killed 17, they will once again walk the halls of their school. 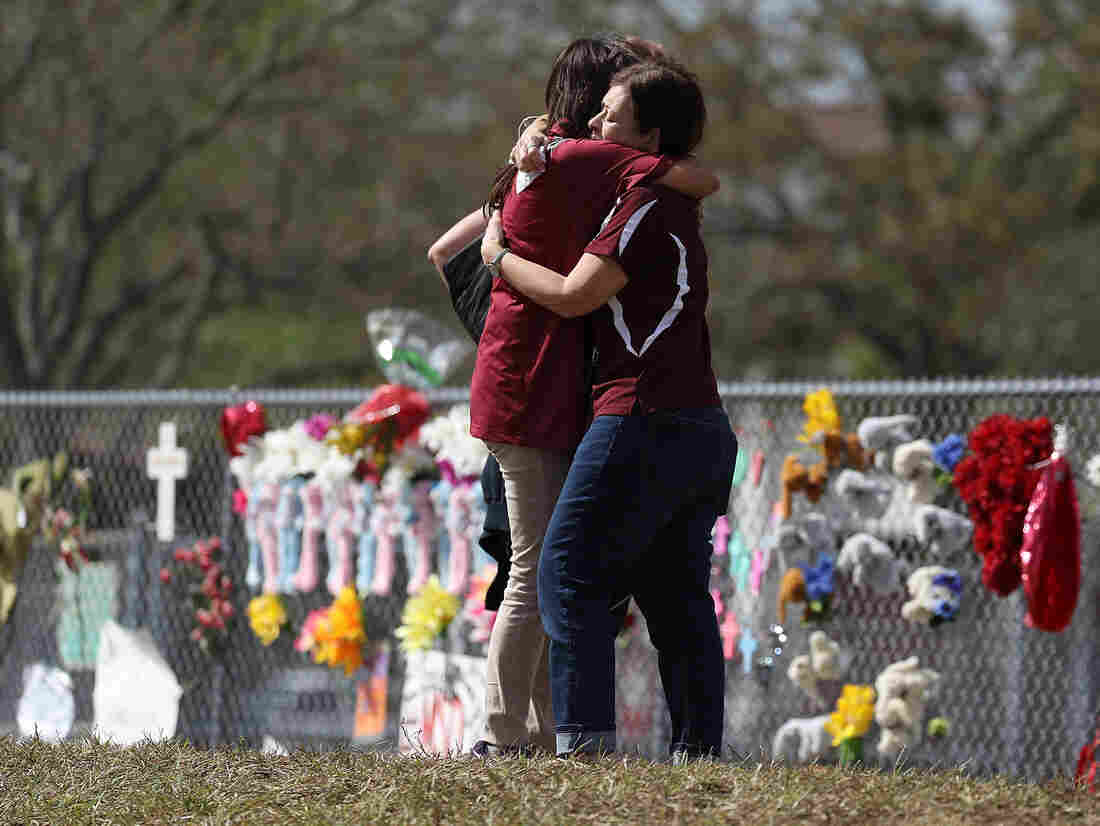 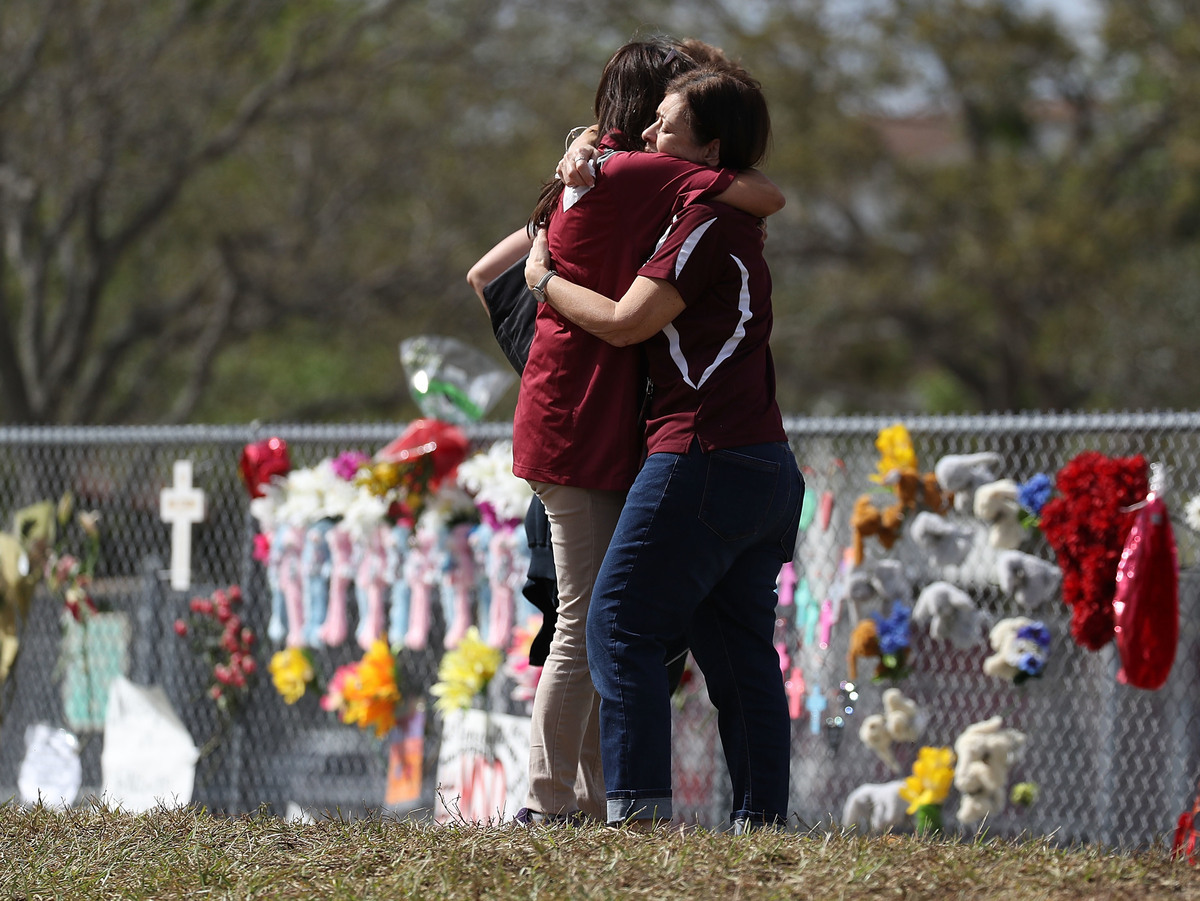 Students of Marjory Stoneman Douglas High School in Parkland, Fla., will once again walk the halls of their school Wednesday, exactly two weeks after many of them evacuated in single file lines, scared for their lives and worried about their friends.

Some students may still not be ready.

Many students and parents had a chance to go back into the school on Sunday for an orientation. They hugged and cried as they stepped inside for the first time since a former student, Nikolas Cruz, 19, killed 17 people when he shot an AR-15 in the freshman building on February 14.

Junior Macie Chapman told NPR that her mother convinced her to go back even though Chapman thought it was too soon. She doesn't know how school will get back to normal.

"I think we're just going to sit in class and all cry together, and, like, just hug each other and know that everyone else is OK in that class," she said.

But freshman Toby Bower said he's ready to go back, though he will miss his friend, freshman Alex Schachter, who was killed that day.

"It's going to be different without him there," Bower said Sunday.

The south Florida community has dealt with an enormous spotlight over the past two weeks. National news has been constantly airing updates about the ongoing investigation, vigils and funerals, but it's also been filled with the voices of Stoneman Douglas students speaking out for increased gun control.

But inevitably, school must get back in session, and Stoneman Douglas students and staff must face the place that changed everything for them. The plan, according to Robert Runcie, Broward County Public Schools superintendent, is to start a "phased re-opening" to help students, faculty and community members transition and eventually "get back to some level of normalcy."

In a press conference last Friday, Runcie announced that school would end before noon during the first week back. He also requests the media respect the community's privacy, tweeting earlier this week asking them to "to not fly helicopters over Stoneman Douglas HS campus when students return and school is in session, out of respect for the students, teachers and parents..."

This is a time for "going through the healing process," he said in the press conference.

And it will be a process, because students like Ethan Trieu, a 17-year-old senior, said he still doesn't know how to process everything. And he's seen changes in many of his friends, too.

Trent Lovett, the superintendent of Marshall County School District in Kentucky, where two students were killed in a school shooting at Marshall County High School on January 23, said his community is still trying to heal.

"There's gonna be events throughout the course of time that will bring back memories," he said.

A gun going off to signal the start of a race at a recent track meet, he said, triggered reactions for some students. And he said there was a spike of students visiting school counselors in the days after the shooting in Parkland.

Lovett said there's no real formula for how to address the days after a school shooting, but that administrators just have to consider what's best for the students.

For example, Lovett said in the case of the shooting in Marshall County, high school students were back at school two days after the event because "we wanted the students to see that the school part, the building part, was back to normal."

Lovett said people questioned whether or not the kids were going back to school too soon, but he said it seemed to be the right thing in the end. And he noted that the shooting at Marjory Stoneman Douglas was a different case and may require different considerations.

In Parkland, Runcie announced that maintenance workers have been working to restore the building, doing things like power washing and painting.

But for these students, that may not be enough. For freshman Bower, he doesn't necessarily want to see that the building is back to normal.

"I hope they take that building down because I don't want to step back in there," he said.

In fact, Broward County school authorities say the freshman building where the shootings occurred will be torn down and replaced.

Lovett said he continues to appreciate all the support they've received from the state and across the nation.

And, he said, "we're very proud of our students."

Adrienne St. Clair is an intern on NPR's National Desk.