Accessibility links
Was Florida Deputy A 'Coward'? School Shooting Highlights Trials Of Police Duty President Trump this week called the school resource officer in Parkland, Fla., a "coward" because he stayed outside during the school shooting earlier this month. The deputy is defending his actions. 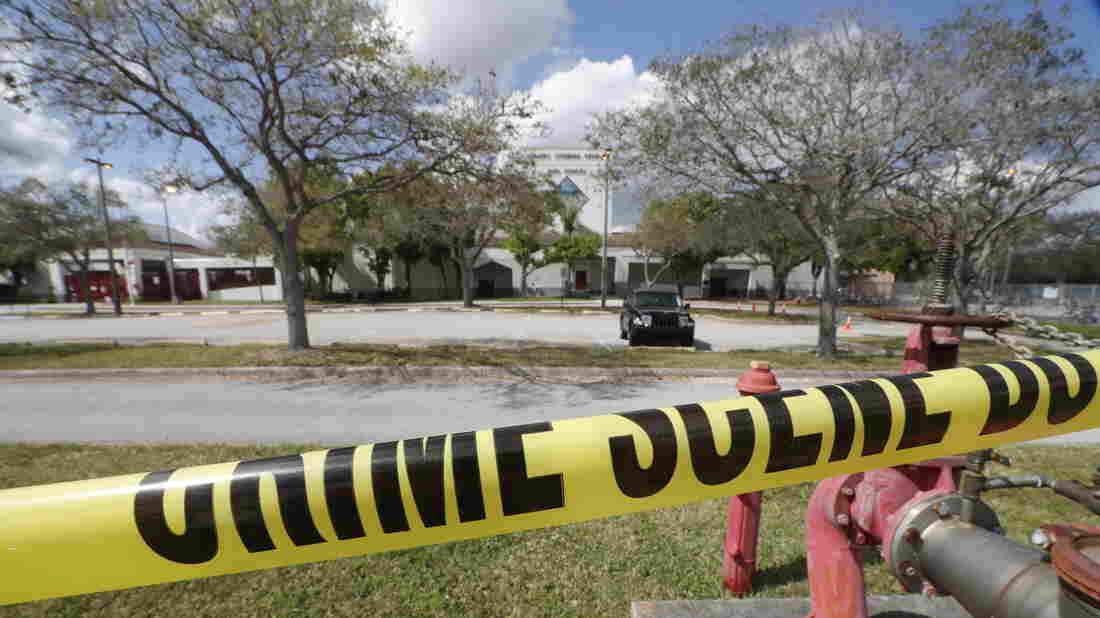 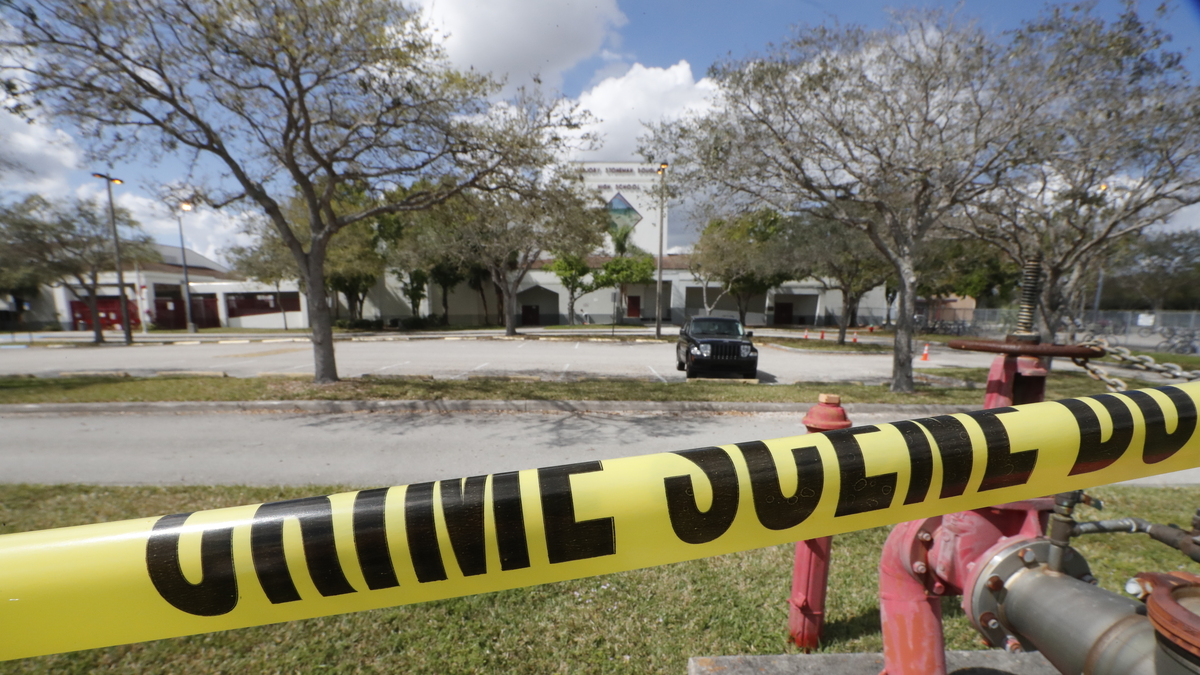 The armed school resource officer who President Trump called a "coward" is defending his actions during the high school shooting in Parkland, Fla., earlier this month.

Scot Peterson, 54, resigned last week after experiencing backlash for remaining outside as shots rang out inside Marjory Stoneman Douglas High School. His lawyer, Joseph DiRuzzo, says that Peterson followed his training when he believed the gunshots were occurring outside the school.

Seventeen people were killed and more than a dozen injured in the shooting on Feb. 14. The harsh criticism of Peterson's actions is raising questions about the role of law enforcement officers in schools and the meaning of cowardice as it relates to their responsibility.

The idea of cowardice can cloud policy discussions surrounding gun violence and "can lead to reckless behavior," says author Chris Walsh, who wrote about the meaning behind the word in the book, Cowardice: A Brief History.

"It leads to a sense that nuance is a kind of weakness," he tells Here & Now's Robin Young. "That being decisive is best even if the decision is wrong, a kind of knee-jerk escalation reaction. 'Oh, somebody had a gun. Well, we'll get two guns ... or a bigger gun.' "

Unlike armed school security guards, school resource officers (SROs) are trained law enforcement officers, who do not stand guard at the front door of the school but patrol the entire grounds, says Don Bridges, president of the National Association of School Resource Officers. He notes that the group does not train school officers in Florida.

"We have taken that oath to serve and protect," he tells Young. "The nearly 15,000 police officers who are SROs in our nation's schools will do that every day, time and time again."

Bridges says SROs are trained in community-based policing and part of their job is to train staff to prepare schools "for the unthinkable," such as an active shooter.

Peterson, who worked for the Broward Sheriff's Office since 1985 and was assigned to Marjory Stoneman Douglas in 2009, says he remained outside of the school because he first "received a call of firecrackers." Even after Peterson realized the sound was gunshots, he still thought they were happening outside because police radio transmissions reported a gunshot victim near the football field, his lawyer, Joseph DiRuzzo said in a statement.

Peterson followed Broward Sheriff's Office protocol in the case of outdoor gunfire, which calls for the officer to take cover and launch a "Code Red" lockdown of the school, DiRuzzo says.

Broward County Sheriff Scott Israel has publicly found fault in Peterson's actions, saying he should have "went in, addressed the killer, killed the killer." Trump's criticism went further, describing Peterson as a "coward" and proposing arming teachers as an alternative.

"I really believe I'd run in there even if I didn't have a weapon," Trump told a group of governors at the White House on Monday. "And I think most of the people in this room would have done that, too."

Regardless of whether Peterson acted accordingly or not, some experts argue that this notion of cowardice is much more complicated than Trump describes.

"There's a reason that combat is a team sport," veteran Michael Stahlke told The Boston Globe. "I've seen folks freeze up during exercises that fired nothing more harmful than blanks. That's when an NCO or one of your buddies whacks you on the head and tells you to get moving. One man alone? They don't have that external support."

Walsh says that putting the onus on one individual cop to stop a massacre oversimplifies the issue, adding that armed teachers will confront challenges similar to those of law enforcement.

"Putting guns in the hands of teachers ... puts them in a situation where they have to wonder if it is their duty to wield that weapon, or they'll be called cowards," he says. "And history has shown that most of the time that won't end well."