Accessibility links
Hope Hicks To Resign As White House Communications Director Hicks has worked for President Trump for three years, remaining a close aide even as many others were pushed out. "I am sure we will work together again in the future," the president said. 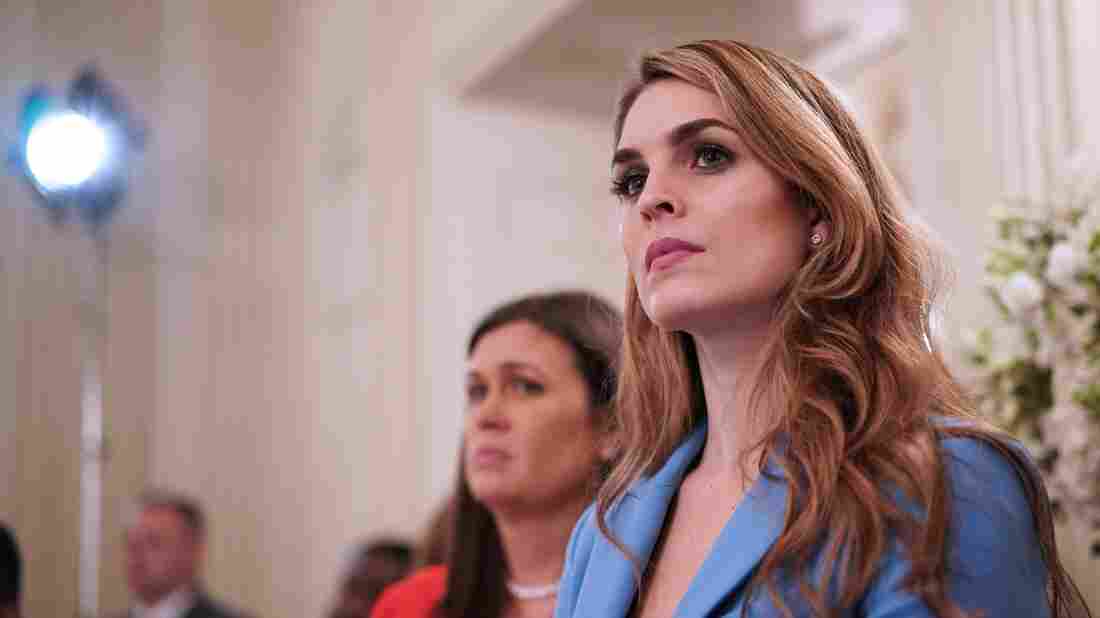 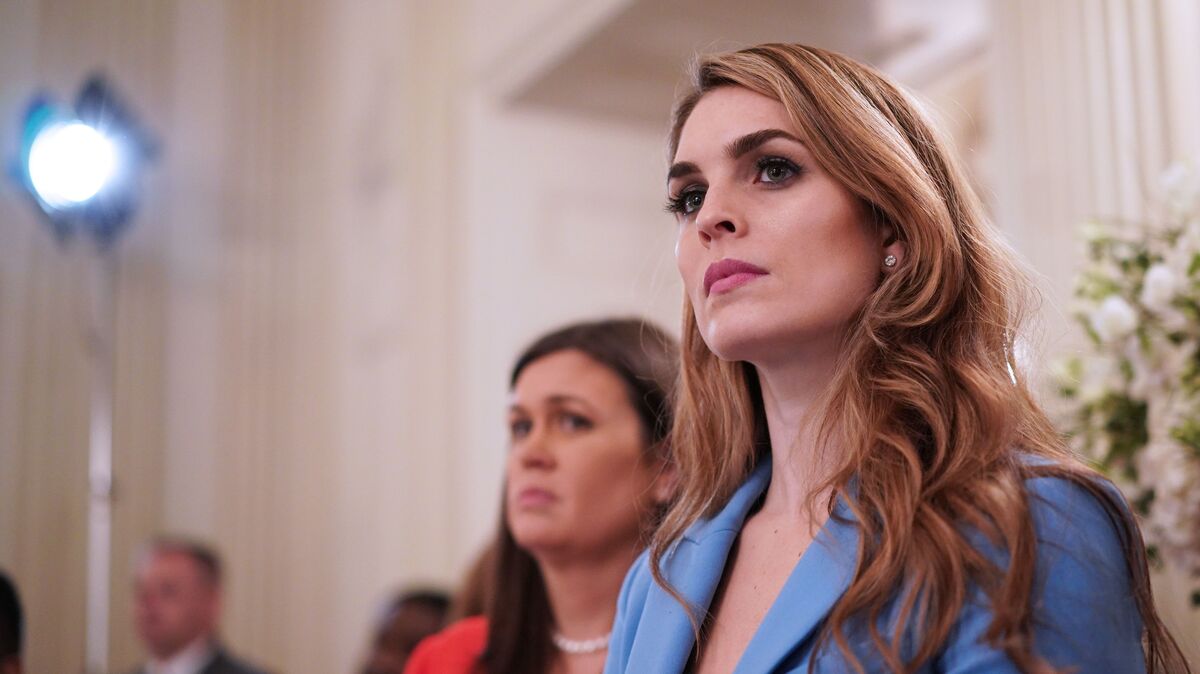 In a White House that has set records for staff turnover (and it isn't even close), the departure of Hicks still came as a shock.

Hicks, who has been working with the president for three years, managed to stay in his orbit even after many others had been pushed out. President Trump called Hicks "outstanding."

"She is as smart and thoughtful as they come, a truly great person," Trump said in a statement on Wednesday. "I will miss having her by my side but when she approached me about pursuing other opportunities, I totally understood. I am sure we will work together again in the future."

News of Hicks' departure followed a day after she testified for hours before a closed session of the House intelligence committee as part of its Russia probe, reportedly admitting to telling "white lies" on behalf of the president, though not in matters material to the investigation. Lawmakers are investigating Russia's interference in the 2016 presidential election and whether any Trump campaign associates aided that effort. The White House has repeatedly denied any such collusion.

Earlier this month Hicks was deeply involved in the White House's botched handling of domestic abuse allegations against a former top aide to the president. But a White House official insists Hicks' decision to resign wasn't related to either of those matters.

Another person close to Hicks told NPR the resignation has been in the works for weeks.

In a White House full of big personalities, the 29-year-old former teen fashion model has had a knack for maintaining a low profile; that is, until recently. She was often photographed with other White House aides but rarely went on the record and almost never spoke before microphones.

"I think it's a skill ... to avoid being in the press," Dana Perino, who served as White House press secretary during the George W. Bush administration, told NPR in August. "She is a true communications professional in that she doesn't seek the limelight."

That skill, along with her apparently unwavering loyalty, helped keep her in the president's good graces. That loyalty was once again on display in a quote circulated by the White House announcing her departure.

"There are no words to adequately express my gratitude to President Trump," Hicks said in the statement. "I wish the President and his administration the very best as he continues to lead our country."

Hicks joined the Trump organization in 2014 — recruited by Ivanka Trump, who was impressed by work Hicks had done for her clothing line while working at a New York public relations firm. Hicks was then pulled into the Trump campaign before there even was a campaign, becoming de facto press secretary while initially she continued doing work for the Trump Organization.

"She really understood the president's brand, that he's a mogul, that he's a magnate," said Sam Nunberg, who served as an adviser to Trump from 2011 to mid-2015. "And she said to me that people in the primary states were going to view him as a president because they watched him on The Apprentice. Which was true."

Hicks was serving as the White House's director of strategic communications, an unusual role where she essentially functioned as a gatekeeper to the president, when she was named interim communications director in August. That followed the days-long tenure of Anthony Scaramucci and the departure of multiple other communications directors — Sean Spicer, who had also been press secretary; Mike Dubke; and Jason Miller, who served during the transition.

Nunberg predicted at the time of her promotion that Hicks would be with Trump "to the very end."

Even so, on Wednesday, the aide who was so close to Trump she was often described as being like family said she, too, would leave.

In a previous version of this story, Sam Nunberg was quoted as calling the president a magnet. He actually said magnate.