Accessibility links
Auto Industry Healthy Enough To Withstand Next Downturn, Analysts Say U.S. auto sales are expected to decline for the second year in a row. But analysts say the industry is relatively healthy as consumers flock to higher-profit SUVs and trucks. 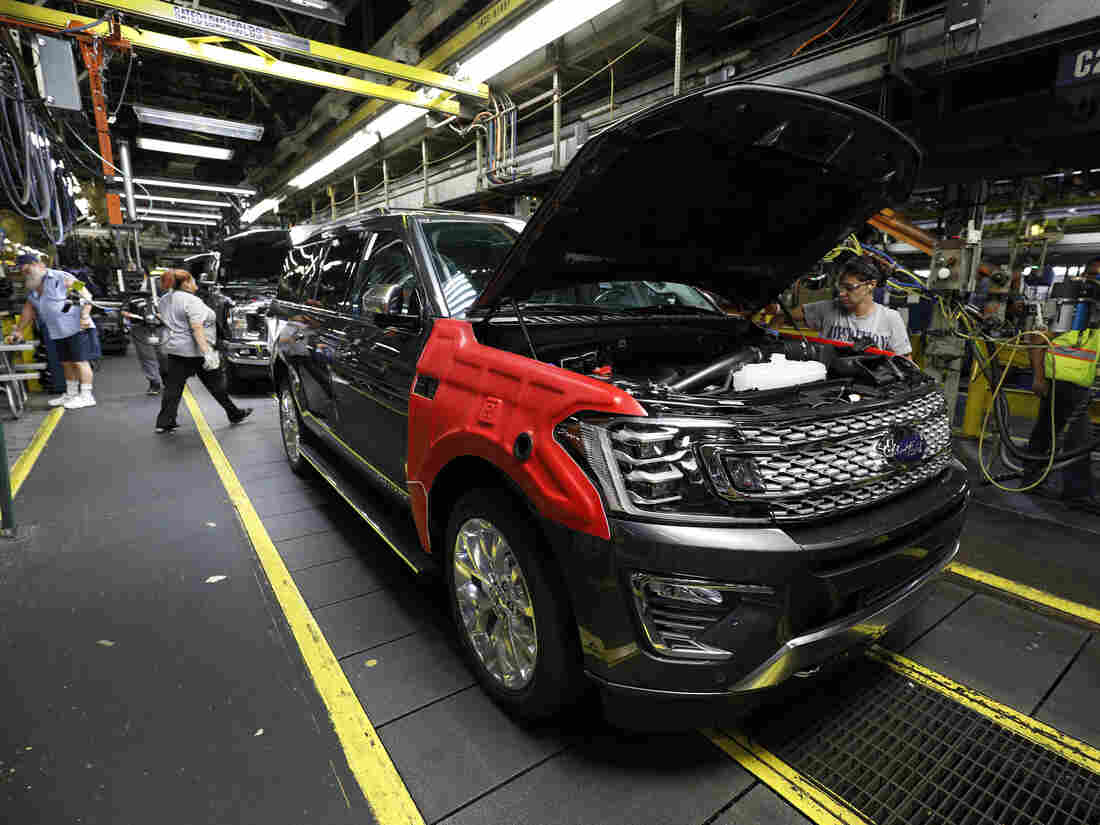 A 2018 Ford Expedition goes through the assembly line at a Ford plant Oct. 27, in Louisville, Ky. Higher-profit SUVs and trucks are making up a larger share of auto sales, boosting the industry's fortunes. Bill Pugliano/Getty Images hide caption 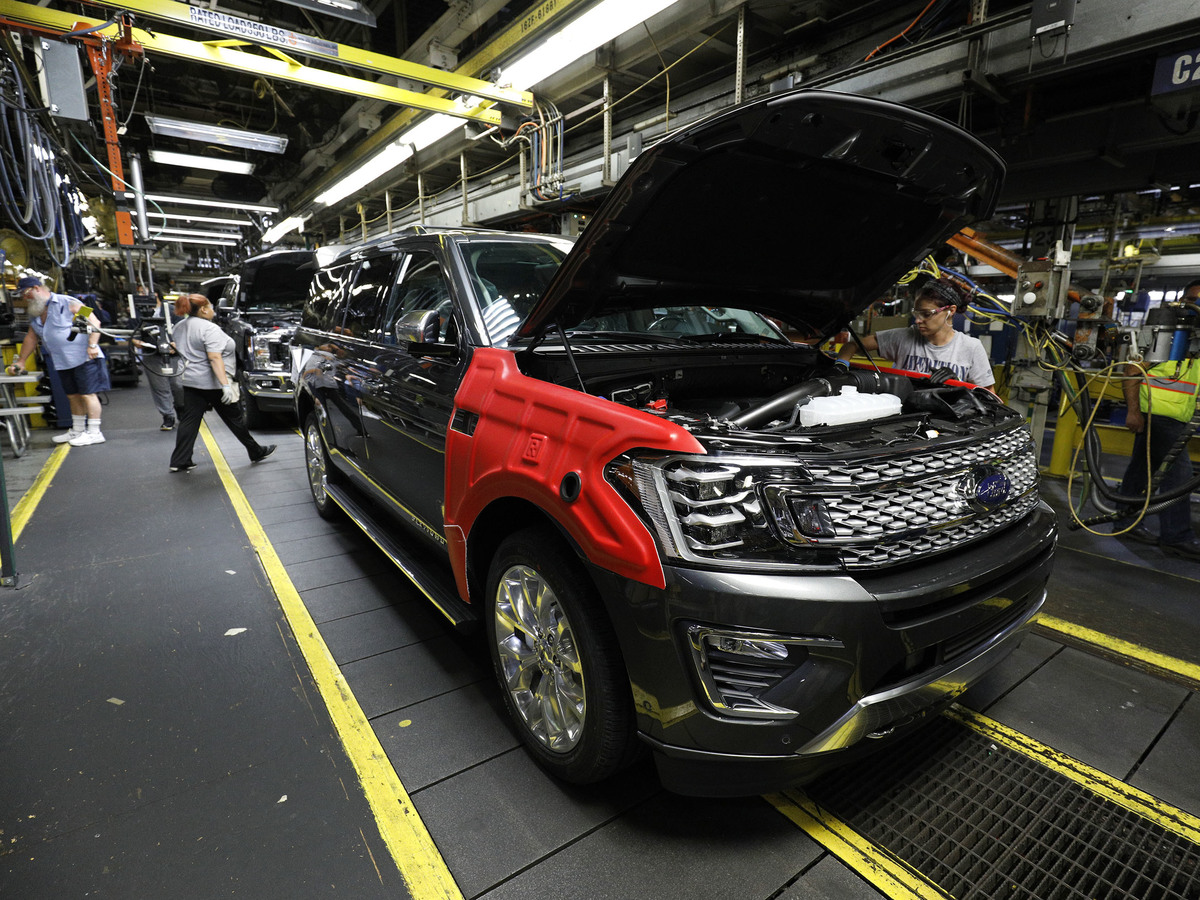 A 2018 Ford Expedition goes through the assembly line at a Ford plant Oct. 27, in Louisville, Ky. Higher-profit SUVs and trucks are making up a larger share of auto sales, boosting the industry's fortunes.

Last year was yet another good one for the U.S. auto industry. Overall, 17.2 million vehicles were sold in 2017 — one of its five all-time best years — and profits were high.

Automakers aren't rejoicing — sales declined about 2 percent after reaching a record in 2016. And, despite a good economy, analysts predict another drop this year.

"I can tell you (we're) coming off a plateau in the last couple of years for sure," says Mark Scarpelli, chairman of the National Automobile Dealers Association.

Scarpelli, a Chicago area car dealer, says normally he'd be worried about a forecast for slowing sales. But, he says, the industry is much healthier now than anytime he's seen it.

"They don't have large inventories parked in storage lots like they used to," Scarpelli says. He points to leaner plants, better-quality vehicles, and the cutting of labor and marketing costs as signs of an improved industry.

And that goes for dealers too, Scarpelli says. "We have made sure that we keep our budgets in line — marketing, inventory, handling costs," he says.

Here's another reason the industry is doing well: consumers are buying SUVs and trucks, which tend to have higher price tags and bring much larger profits. The switch to the larger vehicles is a "seismic change in our industry and people's wants and needs," Scarpelli says.

All that cash coming in from SUVs and trucks means that employees of General Motors, Ford and the Fiat Chrysler Group, whose workers are represented by the United Auto Workers union, took home fat profit-sharing checks.

Kristin Dziczek with the Center for Automotive Research says the biggest of those checks ($11,750) are a sign of the industry's health. For some workers, that check represents as much as 30 percent of their take-home pay.

But she says profit-sharing or bonuses as opposed to raises "allows for the downturn to not be as rough as it might have otherwise been." The companies can cut costs or make production changes without first resorting to massive layoffs.

But Dziczek says the industry does have some things to be worried about: climbing auto loan defaults and rising gas prices. Nevertheless, she says car companies are "much, much, more ready to weather" a sales downturn.

Jessica Caldwell, an analyst with Edmunds.com, agrees. She says the car companies have become nimbler and more responsive to consumer tastes, shifting to profit off the SUV craze that began in the U.S. this decade.

"Most companies have acted quickly to get as many products that match the market demands on the road, whereas I'd say maybe 15 years ago that necessarily wouldn't be the case," she says.

Caldwell says today's SUVs are more fuel efficient, making them more immune to higher gas prices. And she says the companies are in a very good position to survive a slowdown or even a recession.

But Caldwell says the challenges posed by new technology like the self-driving car are making automakers worry.

"I think the fears before were things like market share ... or how can I weather the next economic downturn in the economic cycle?" says Caldwell. Now the question, is "can they stay relevant in the next two decades," she says.