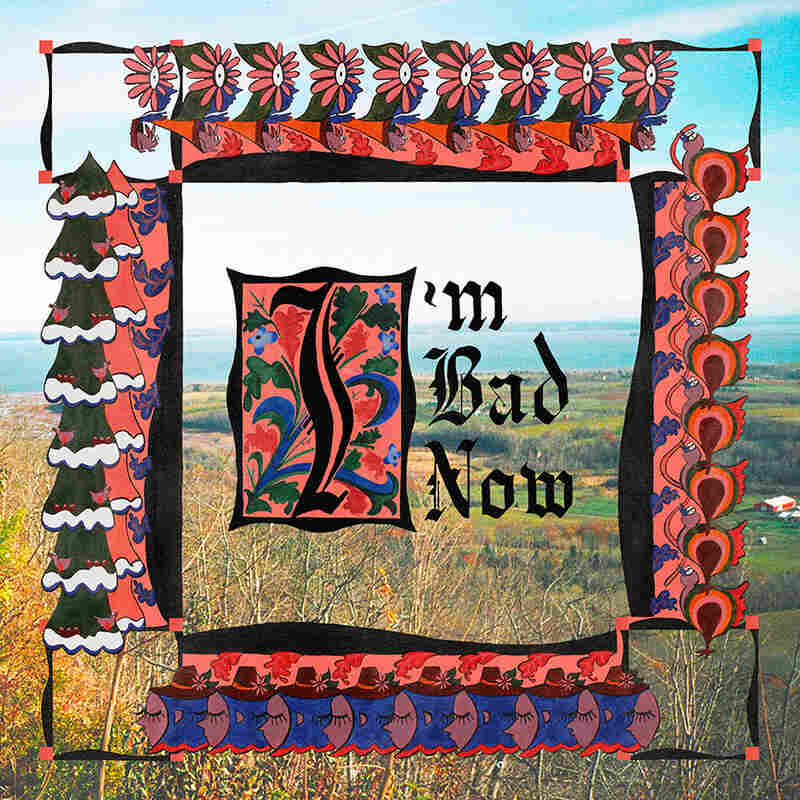 Nap Eyes' I'm Bad Now is named after the binary of "good" vs. "bad" prevalent in children's make-believe games. The title references the inherent team-switching that takes place during a lifetime, dabbling in the dark to make space for the light later. Told through vacillating second-person verses and tight, shimmery guitar riffs, I'm Bad Now slithers through 11 tracks like a phosphorescent python, its diamond-shaped scales emitting both glimmer and gloom.

The band wrote the album via a two-step process. Chapman developed and arranged bones into a convincing skeleton at his home in Halifax; then, lead guitarist Brad Loughead, bassist Josh Salter and drummer Seamus Dalton — who all live about 12 hours away in Montreal — tease out an ornate network of nerves, eventually ensconcing those bones in a thick, fleshy suit. Though Nap Eyes' work is simple to digest and sometimes drips with listlessness, these guys are far from slackers.

They're more self-aware now, too, as demonstrated by the tongue-and-cheek single "Every Time The Feeling." On it, Chapman lets the words lazily fall from his lips: "I can't tell what's worse / The meaninglessness / Or the negative meaning / But I figured out a way / To get on with my life / And to keep on dreaming." Each short stanza falls like a renegade drop of weak coffee, sizzling on the hot plate then rising up again in steam form.

"You Like To Joke Around With Me" crystallizes agonizing carelessness. Chapman reveals bleak vulnerability: "Last night my friend surprised me with gestures of kindness I'd never expect / Once I look down, often worried about life's distant loneliness." Drums shuffle like dulled, anxious pacing. Cracked open, the track feels like nerves fried from endless contemplation, the inherent isolation each human experiences examined under a smudged magnifying glass. "Dull Me Line" pushes the self-criticism further, reducing Nap Eye's work to "bored and lazy disappointment art." The line is a far cry from the complex, contemplative routes drawn throughout the record. "You don't even smile / Even if it feels natural" hangs numb, isolated —but not on accident.

The band's first record, Whine Of The Mystic, spoke with authority and certainty. Follow-up Thought Rock Fish Scale started to swirl around in heady waters, but I'm Bad Now meditates mortality, limitations and solitude to the point of pain, then detachment. It reinstates what fans might have been tempted to declare in 2014: These musicians are masters of subtlety. Whether it's a flash of polite desperation or Velvets-y guitar jams, Nap Eyes keeps a promise to look inwards — even if that exposure risks blistering.