Accessibility links
In 'Foxtrot,' Grief And Fate Come Together In A Brutal, Beautiful Dance An Israeli soldier is killed, and his parents attempts to uncover what happened, in filmmaker Samuel Maoz's searing study in loss — and its aftermath. 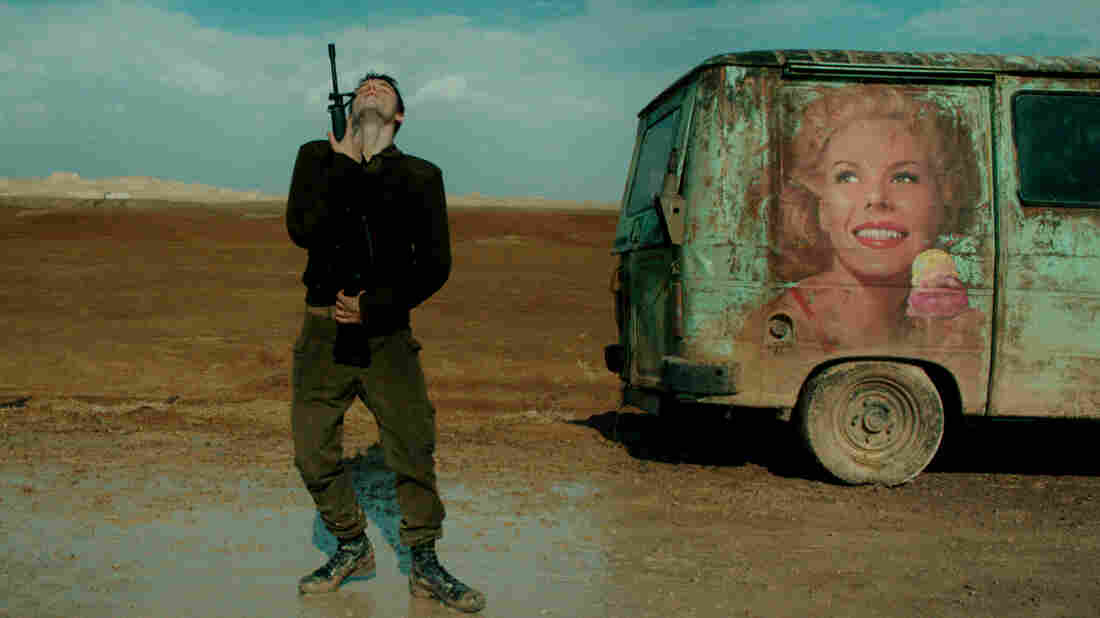 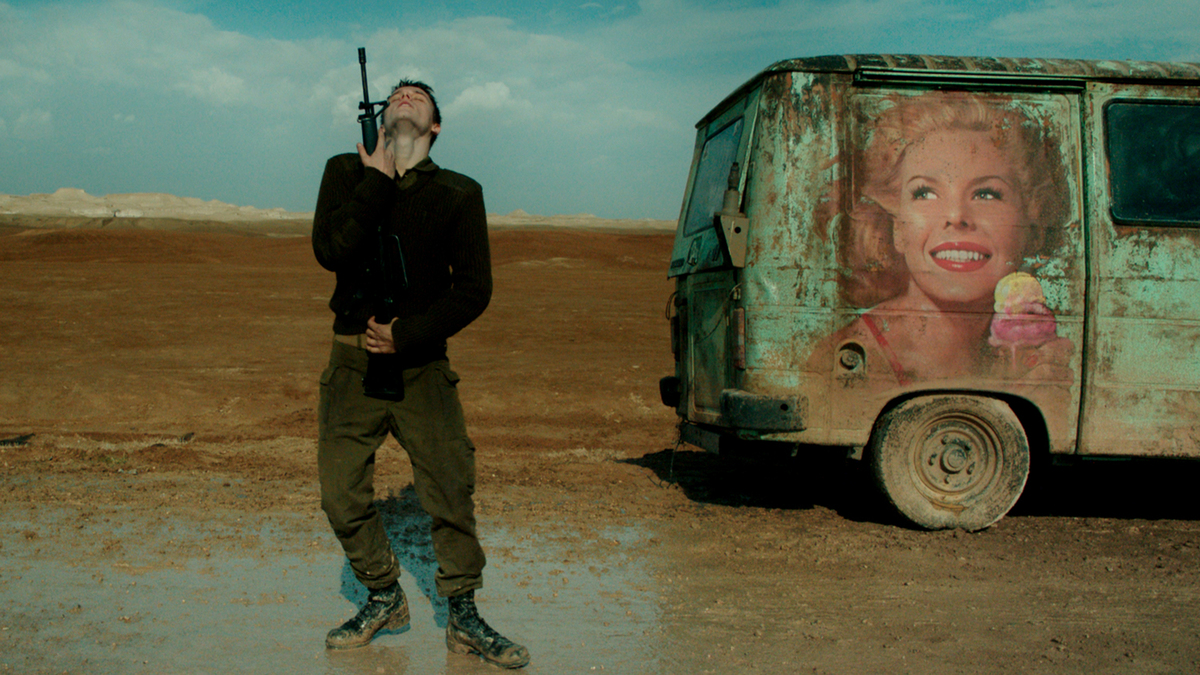 At a lonely checkpoint, an Israeli soldier (Itay Exlroad) dances with his weapon in Foxtrot.

This Sunday night, some nattily dressed Oscars presenter will read the names of this year's five nominees for best foreign-language film. The politically-charged Foxtrot — which received funding from the Israeli government as well as condemnation from Israel's culture minister (who boasts that she has not seen it) — won't be among them.

One of the soldiers has already moved into position; he catches her easily. It's clear they're old hands at this grim business: they sedate her, carry her to a bedroom and return to the living room, where her husband Michael (Lior Ashkenazi) has been standing motionless since the door first opened.

"Mr Feldman," says the first soldier, "I'm sorry there's no easy way to say this. Your son Jonathan was killed tonight in the line of duty."

What follows is efficient, down-to-earth and excruciating. The details of a military funeral are laid out dispassionately, as if by a wedding planner. The images are elegant — faces in closeup, geometric patterns — the emotions are messy. Grief is palpable.

And then, abruptly, it's not.

The images here border on the surreal: the checkpoint gate rises to let an unaccompanied camel lope through; the soldiers manning the gate lounge under a vibrant beach umbrella. One of the young men riffs briefly on the checkpoint's name.

Suddenly he's hugging his weapon close, in unchoreographed movement that has nothing to do with the foxtrot, and everything to with youth. It's anarchic, joyous and so loose-limbed he barely seems to have bones in his legs.

Moaz lingers on this shot, on these fifty-seven seconds of breathtaking abandon in a godforsaken spot where all else is tedium.

Nearby, there's a rusted-out van painted with the beaming face of a girl enjoying an ice-cream cone, and a shipping container that serves as the soldiers' barracks. Notably, that container is sinking into the mud.

Maoz leaves that fact, weighted with metaphor, for viewers to interpret. But he leaves no doubt — through sequences of violation and violence — where the film stands on the moral hazards of long term-military occupation.

As for the pyschological hazards involved, he saves for those the film's third section, which returns the action to Tel Aviv and brings the first two parts together with a wrenching snap.

Foxtrot is every bit as harsh as it is beautifully shot. It's an artist's meditation on society, and on fate. As that young solider back at the checkpoint reminds us, the steps of a foxtrot always take you back where you started. That's true for these characters, though the film affords them, and us, that one moment of blissful, youthful anarchy: a brief dance in the desert, where the world just seemed to melt away.