Accessibility links
Ballerina Gets Brutalized, Goes Ballistic In Nasty 'Red Sparrow' Based on a 2013 novel, Red Sparrow makes us watch America's Sweetheart Jennifer Lawrence put through sadistic torture before it unleashes her into a world of espionage. 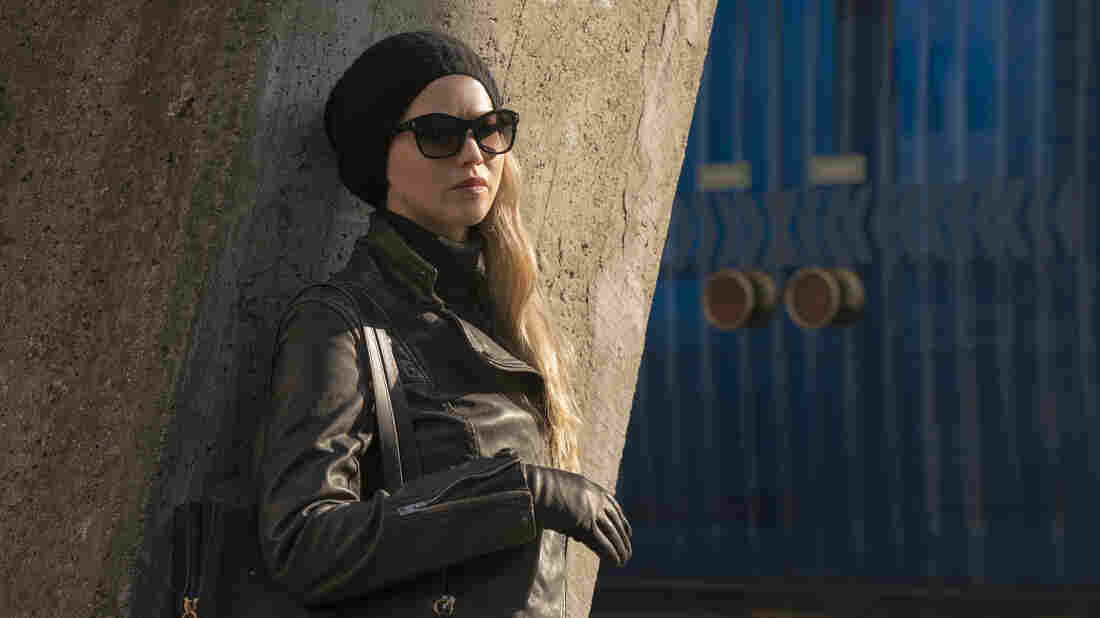 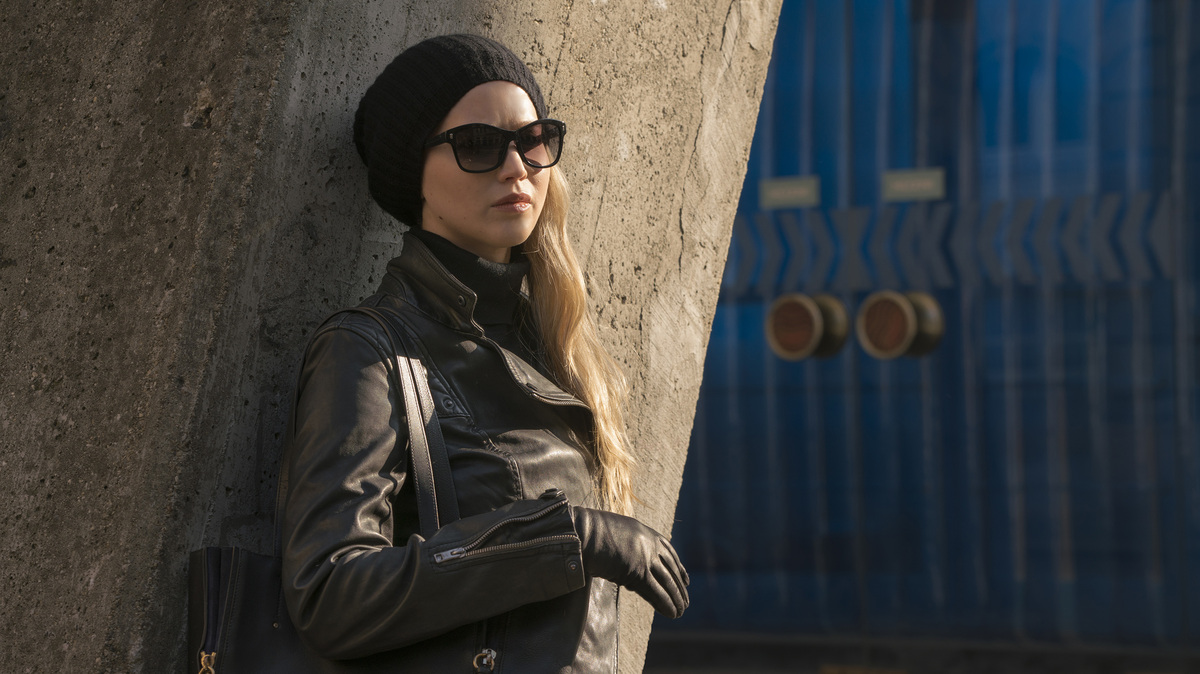 Red Sparrow is the Black Widow origin movie the Walt Disney Company/Marvel Studios megalith will never, ever make: a sordid, nasty, rated-R-for-tRiggeR-waRning nailbiter about young Russian woman blackmailed into clandestine servitude that captures the existential misery of the espionage trade like no film since Tinker, Tailor, Soldier, Spy, despite some willfully opaque plotting.

While Red Sparrow is adapted from a 2013 novel (by Jason Matthews, a 33-year C.I.A. veteran, according to his publisher) and went into production more than a year ago, its release is serendipitous to the #metoo /#timesup era: It stars America's sweetheart, Jennifer Lawrence, as a Bolshoi ballerina whose oleagenous uncle (Matthias Schoenaerts), a high-ranking intelligence officer, has great expectations for her, even after an injury ends her dancing career. And by great, I mean evil and cruel. "You sent me to whore school!" is how Lawrence's character, who goes by the suspicously descriptive moniker Dominika Egorova, puts it. (The formal name of her alma mater is the ominous-sounding State School Four.)

Because this isn't a Marvel movie or an impossible mission or a Bond flick, the subjects covered at SS4 do not, so far as we see, include evasive motorcycling or advanced unarmed combat.

The Psychology curriculum is rigorous, though: "Every human being is a puzzle of need. You must intuit what is missing and become the missing piece," coos Charlotte Rampling as the headmistress, who is identified only as Matron. "Find beauty in the human delusion that the pleasures of the flesh will make us whole again."

The Pleasures of the Flesh are elucidated in lecture-format classes, plus lab sessions. The coed pupils wear gray overalls like you might find in a gulag or an ad campaign for The Gap. Any humiliation they experience over being ordered to service one another at the front of a brightly-lit room for the edification of their comrade classmates is not Mother Russia's problem. They're also surreptitiously filmed during their supposedly more private encounters, and the class studies these clips like game-day highlights.

Those are a far cry from the most unsavory scenes in the movie. Before our girl Dominika can settle her scores with the various men who thought they owned her, she is made to endure — and we are made to endure her enduring — rape, beatings and torture. These are all separate incidents, mind you. Lawrence has the same fearlessness she showed in Darren Aronofsky's wild (and widely despised) mother! last year, but director Francis Lawrence (no relation), with whom she made the last three Hunger Games entries, is more interested than Aronofsky was in in letting his star be all the things a movie star ought to be: commanding, magnetic and resolute, even when she's being brutalized in every conceivable way.

J-Law's opposite number is the burly and ubiquitous Aussie Joel Edgerton, playing a disgraced C.I.A. officer who believes he can persuade Dominika to become an "asset" for Uncle Sam. She, in turn, promises her bosses — Jeremy Irons, Ciarán Hinds and Douglas Hodge, whose Russian accents all hit various points on the Moose-and-Squirrel spectrum — that she can turn him. Who's playing whom here? That the movie itself doesn't always seem to know is not necessarily a flaw.

For what it's worth, this is also the rough plot of From Russia with Love, one of the very best of the 24 canonical James Bond films, from 1963. Bond creator Ian Fleming, like Graham Greene before him and John Le Carré and Red Sparrow author Matthews after, was a former intelligence man so maybe this sort of story has a strong basis in reality.

Anyway, what a grand pair of movie faces Lawrence and Edgerton have: hers smooth and agular, his broad and craggy. Their interest in one another here really does appear to be matter of professional rather than carnal interest. Lawrence — the director, not the star — expresses a genuine ambivalence towards the movie law that's been on the books at least since Notorious in 1946, which insists these any two Mata Haris (Matas Hari?) must mate-a-hari. Spoiler: They do, in a coupling so brief and perfunctory that it underscores the transactional nature of their profession as efficiently as any 30 seconds of film could.

The supporting performances are at least as compelling as the leads. Besides Rampling's memorable turn, Mary Louise Parker rates special mention as the chief of staff for an American politician who finds herself drawn into the intrigue. Her character has the hubris for this grimy work but not the nerve, and Parker is heartbreakingly persuasive as a fallible functionary who reacts to all this cloak-and-daggery the way many of us would: By drinking. But what's kept 007 medicated for almost 60 years has more immediate consequences in the relatively naturalistic world of Red Sparrow.

The MacGuffin is a bit of a head-scratcher: There's a tense set-piece involving an exchange of ... computer discs. The movie certainly appears to be set in the present day — there are smart phones, and Matron cites "social media and the war among the races" as some of the factors that make the United States vulnerable to Russian meddling. But those discs sure look like the 3.5-inch hard plastic kind from the 90s. In the spy game, the equipment lasts longer than the personnel.