Accessibility links
Trump Says Administration Working On 'Very Very Strong' Policies To Combat Opioids The president made an unexpected appearance at Thursday's White House opioid summit. "It's a problem that's growing," he said of the drug epidemic that has struck the country. 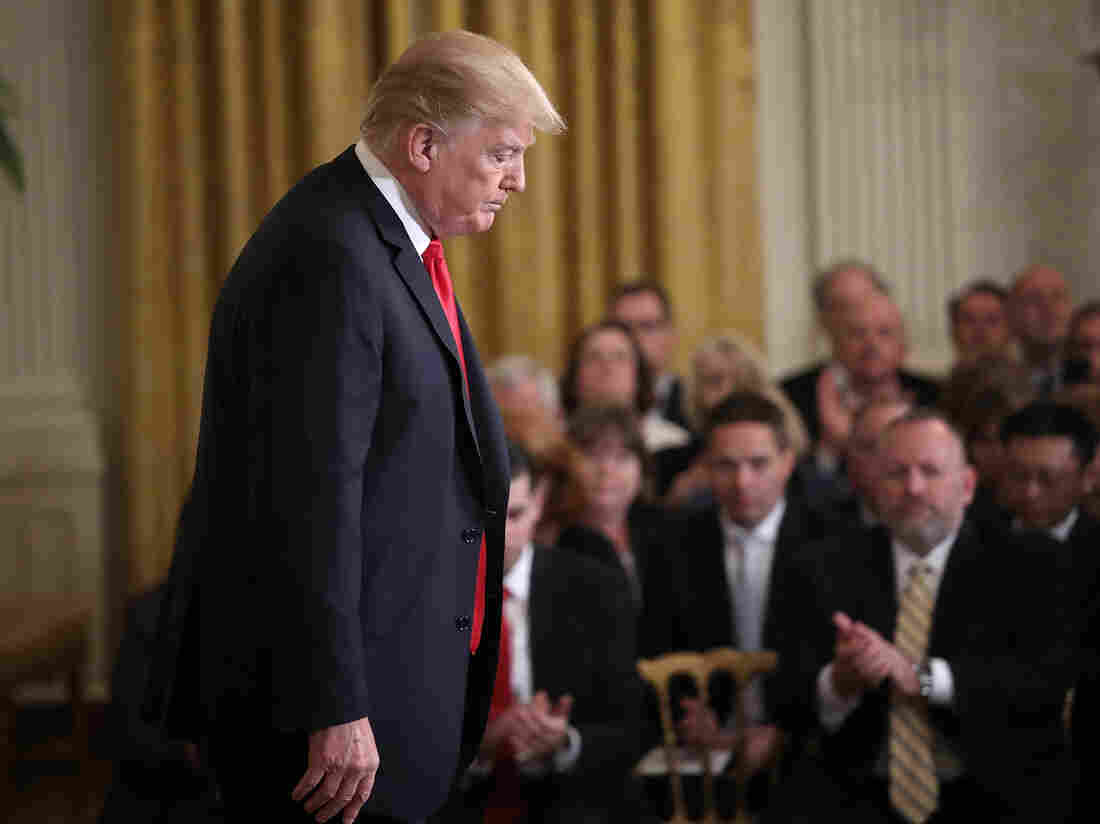 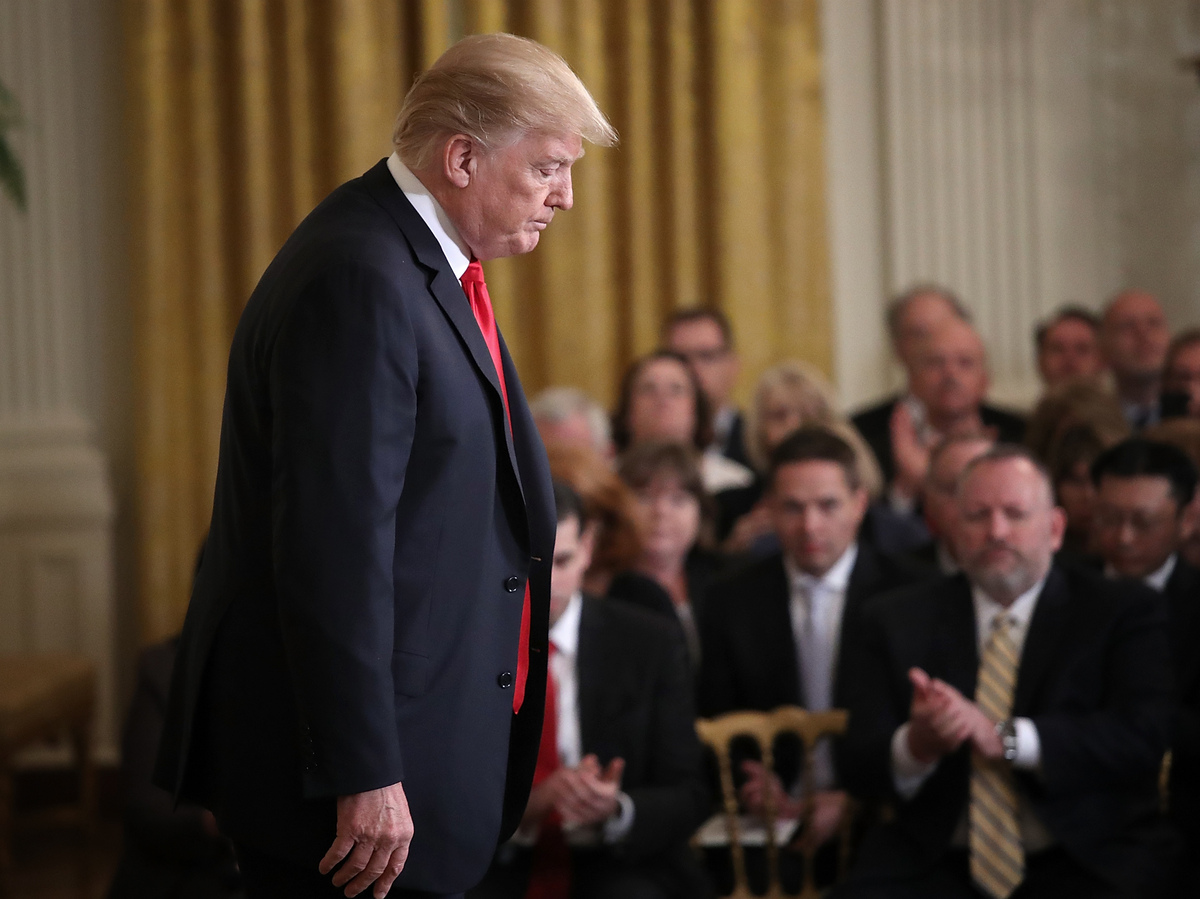 President Donald Trump departs after speaking at the White House's Opioid Summit Thursday. Trump delivered brief remarks at the conclusion of the summit aimed at addressing the opioid addiction problems in the U.S.

The White House convened a summit on the opioid epidemic Thursday, where first lady Melania Trump said she is proud of the what the administration has already accomplished on the issue, but that "we all know there is much work still to be done."

Although he had not been expected to participate, President Trump briefly joined the event.

After introducing a personal friend who lost a son to drugs, the president addressed his administration's plans for battling the opioid epidemic. "The administration is going to be rolling out policy over the next three weeks, and it will be very, very strong," Trump said. I've also spoken with [Attorney General] Jeff [Sessions] about bringing a lawsuit against some of these opioid companies."

Since President Trump declared the opioid epidemic a national public health emergency last October, advocates and members of Congress have complained they haven't seen much action and have struggled to get information about what the administration has been doing.

White House officials insist the administration has been hard at work, and that's what Thursday's opioid summit was all about. It featured Cabinet members, along with Mrs. Trump and counselor to the president Kellyanne Conway.

The summit was intended to "highlight the progress the Administration has made to combat drug demand and the opioid crisis," a White House official said in a statement. 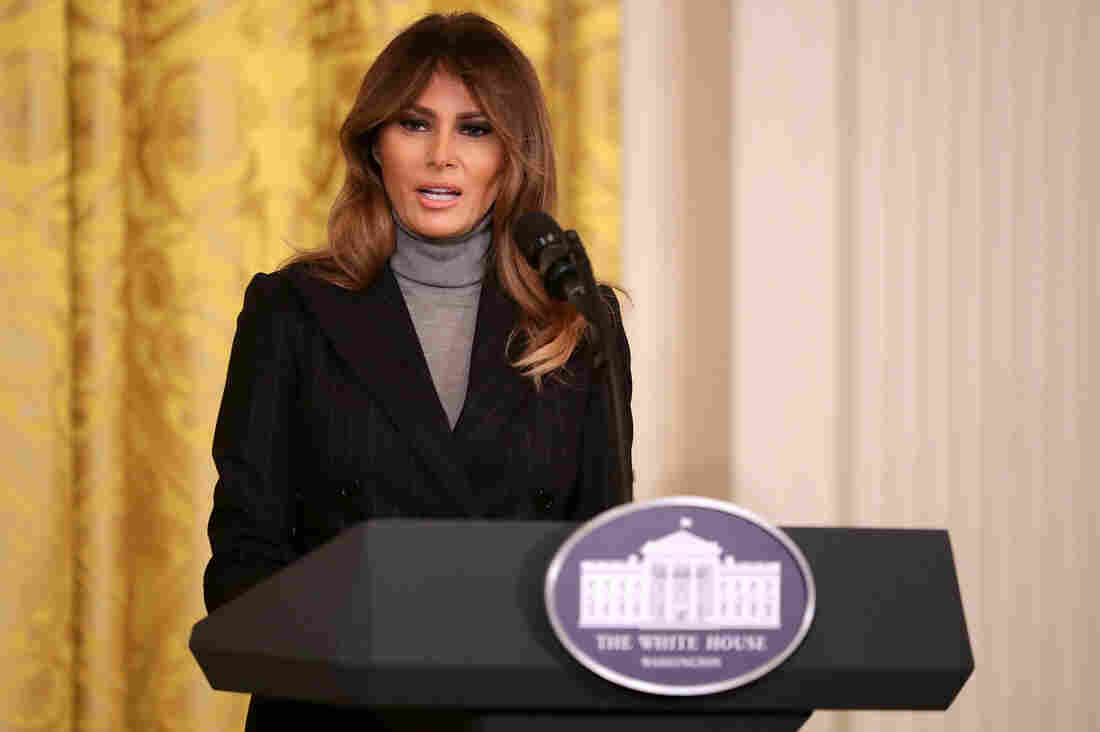 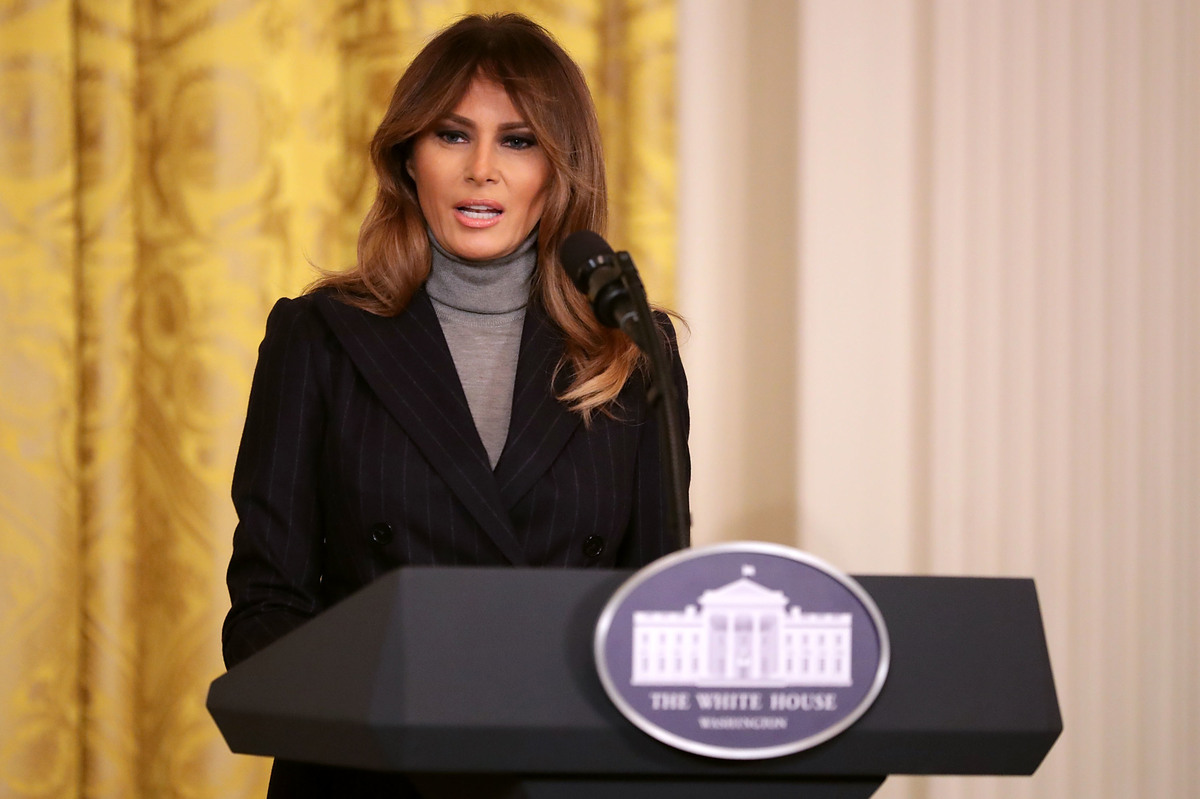 In 2016, the most recent year for which data are available, opioid-related overdoses killed more than 42,000 Americans. That's an average of 115 deaths every day.

Last November, the president's commission on opioids released a lengthy set of recommendations, and most remain a work in progress or unaddressed altogether.

Several advocates NPR contacted ahead of the summit said they hadn't seen as much action as they had hoped, especially in the area of making quality, scientifically sound treatment options more readily available.

In recent weeks there has been some movement, with a congressional budget agreement pledging to add several billion dollars to combat the crisis and the Department of Justice announcing it would work with states that are suing drug manufacturers.

Cost Of U.S. Opioid Epidemic Since 2001 Is $1 Trillion And Climbing

Still, the advocates said that is far short of what they had hoped when Trump declared an emergency, and they said they were interested to see what new information they could learn from the White House summit.

Also on the agenda: a question-and-answer session with Jim Carroll, the recently named acting director of the Office of National Drug Control Policy. President Trump has also nominated Carroll to permanently hold the position of "drug czar." Trump's first nominee was forced to withdraw. Carroll is a lawyer who has extensive government and private sector experience but hasn't done any work in the public health arena.

Other administration officials were expected to attend as well as about 200 advocates and others directly connected to the opioid crisis. There were some well-known names among them, including former congresswoman Mary Bono, Florida Attorney General Pam Bondi who was a member of the president's opioid commission, the first lady of North Dakota Kathryn Helgaas Burgum who is herself a recovering alcoholic and addiction recovery advocate, and former Fox News personality Eric Bolling whose son died of an opioid overdose.

Doesn’t matter if you’re liberal, conservative or somewhere in between. No parent should endure our heart break. Opioids kill across all demographics with harsh indiscrimination
I am participating in @realDonaldTrump White House “Opioid Summit” today, will report back
🇺🇸🙏🇺🇸

"It's a problem that's growing," the president also said while speaking to those at the summit Thursday. "And drugs are a similar but different problem," Trump also said, "in the sense that we have pushers and we have drug dealers that don't — I mean, they kill hundreds and hundreds of people, and most of them don't even go to jail."

"Some countries have a very, very tough penalty — the ultimate penalty [for drug dealers]," Trump also said. "And, by the way, they have much less of a drug problem than we do. So we're going to have to be very strong on penalties."

Speaking before to NPR before the start of the event, the nation's top doctor said he was a mission to raise awareness about the epidemic. "We want America to understand this is a problem," Surgeon General Jerome Adams said in an interview that aired Thursday on Morning Edition. "The majority of the public does not see the opioid epidemic as rising to the level of an emergency, so it's important that we continue to say at the highest levels, this is a problem in all communities and it's getting worse."

But he added he also wants Americans to have hope. "The administration has prioritized the issue and is implementing strategies around saving lives, lowering demand and lowering supply," said Adams.