Accessibility links
Derek DelGaudio: Sleight Of Mind Magician Derek DelGaudio explains pairing storytelling with magic tricks in his off-Broadway show In & Of Itself. 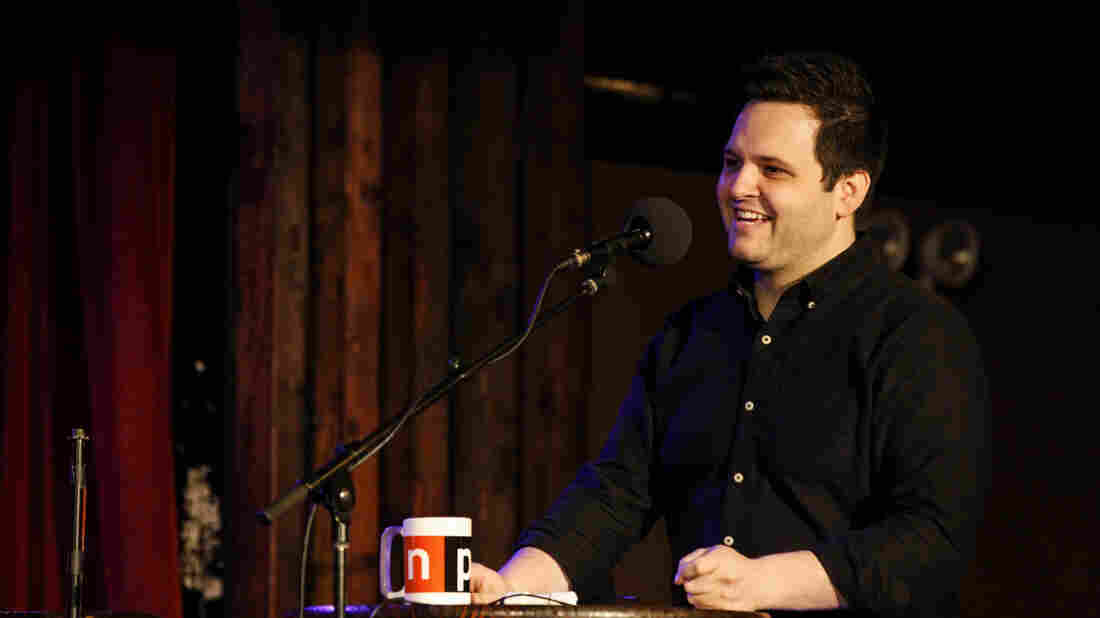 Magician Derek DelGaudio appears on Ask Me Another at the Bell House in Brooklyn, New York. Mike Katzif/NPR hide caption 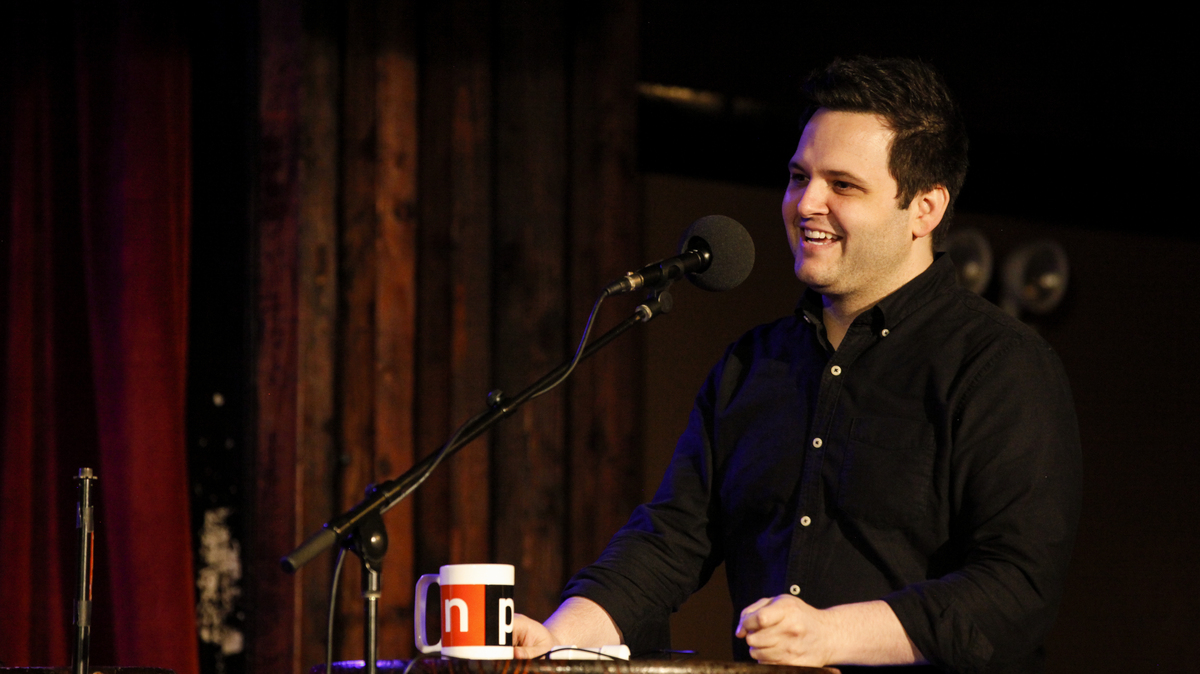 Magician Derek DelGaudio appears on Ask Me Another at the Bell House in Brooklyn, New York.

When the acclaimed magician and performer Derek DelGaudio walked into a magic shop for the first time, he wasn't trying to learn any tricks. He was just a twelve-year-old who wanted to play a prank on his mom.

"I thought that was gonna be hilarious," he told host Ophira Eisenberg, "So I went in to get one ... and they didn't have them. Which was a bummer, but the guy behind the counter asked me if I wanted to see some magic." DelGaudio ended up walking out with a few books on card handling: "I had to do something with the twelve bucks I had to blow."

That encounter set DelGaudio down the path to becoming one of the most skilled sleight-of-hand artists today, and the star of the one-man off-Broadway show, In & Of Itself. But for a long time, he wasn't sure he wanted to pursue magic as a career. At seventeen, DelGaudio gave up magic to attend the American Academy of Dramatic Arts. "When I got out of theatre school I realized I'd gained a bunch of knowledge that was even more worthless than magic. So I had to figure out something to do."

That something is the unique blend of storytelling, reflection, and illusion that makes up In & Of Itself. He likened the show-going experience to examining "what it means to have an existential crisis." DelGaudio is interested in how people are "more than one thing and how difficult that is because of our inability to see each other as more than one thing." To illustrate this, audience members select one card from a wall of personal descriptors as the enter the show, such as "Lawyer," "Sister," or "Beekeeper." Those "I Am" cards return during the show in unexpected and intensely personal ways.

Because DelGaudio's area of expertise lies in card handling, we challenged him to a trivia game about the fascinating history of playing cards.

On the most popular "I Am" cards to be picked
"Mother" and "Father," ones you'd expect. "Unicorn" is taken a lot ... "Ninja" is taken often. "Space Pirate" is also taken a lot. But "Failure" and "Nobody" are also taken frequently too.

On leaving audiences dumbstruck
Part of the challenge of the show is not valuing, maybe, applause or reactions in the way that you normally might as a performer. And you have to be okay with silence and that's a hard thing to get over as a performer.

On being starstruck by celebrity audience members
I've only been starstruck I think twice in my life and it was Frank [Oz] and Muhammad Ali.