Accessibility links
Who Wants To Arm Teachers? Republican Men, According To NPR/Ipsos Poll A new NPR/Ipsos poll finds about 6 in 10 Americans are opposed to training teachers to carry guns in schools. But two-thirds of Republicans, including 71 percent of Republican men, are in favor of it. 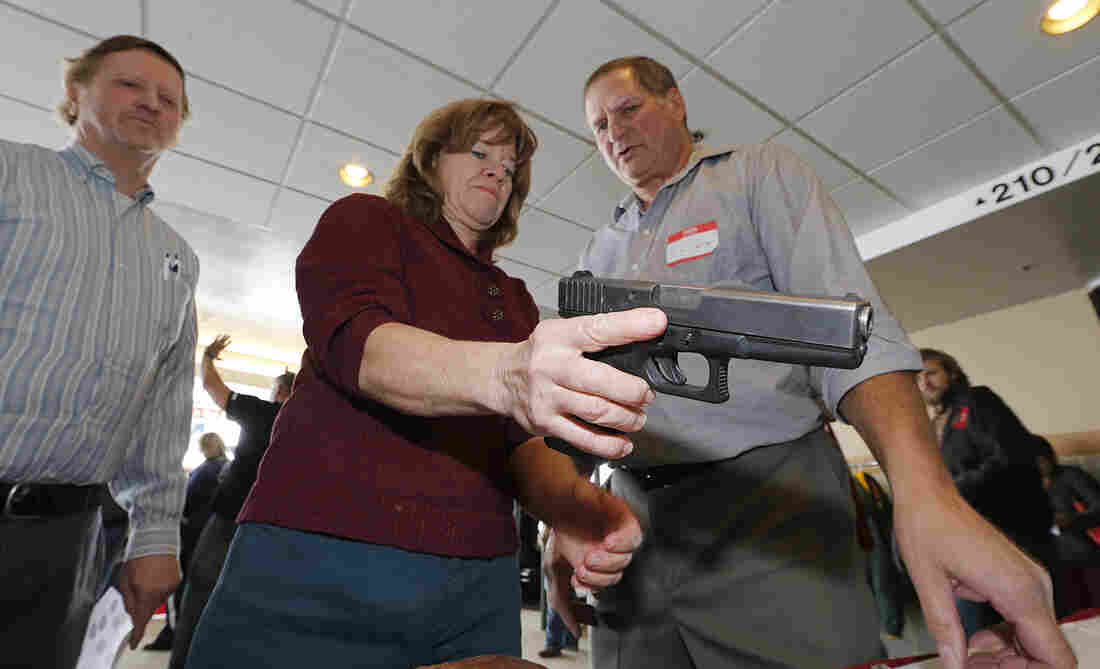 A Utah teacher is shown how to handle a handgun by instructor Clint Simon (right) at a concealed-weapons training class to 200 Utah teachers in 2012. George Frey/Getty Images hide caption 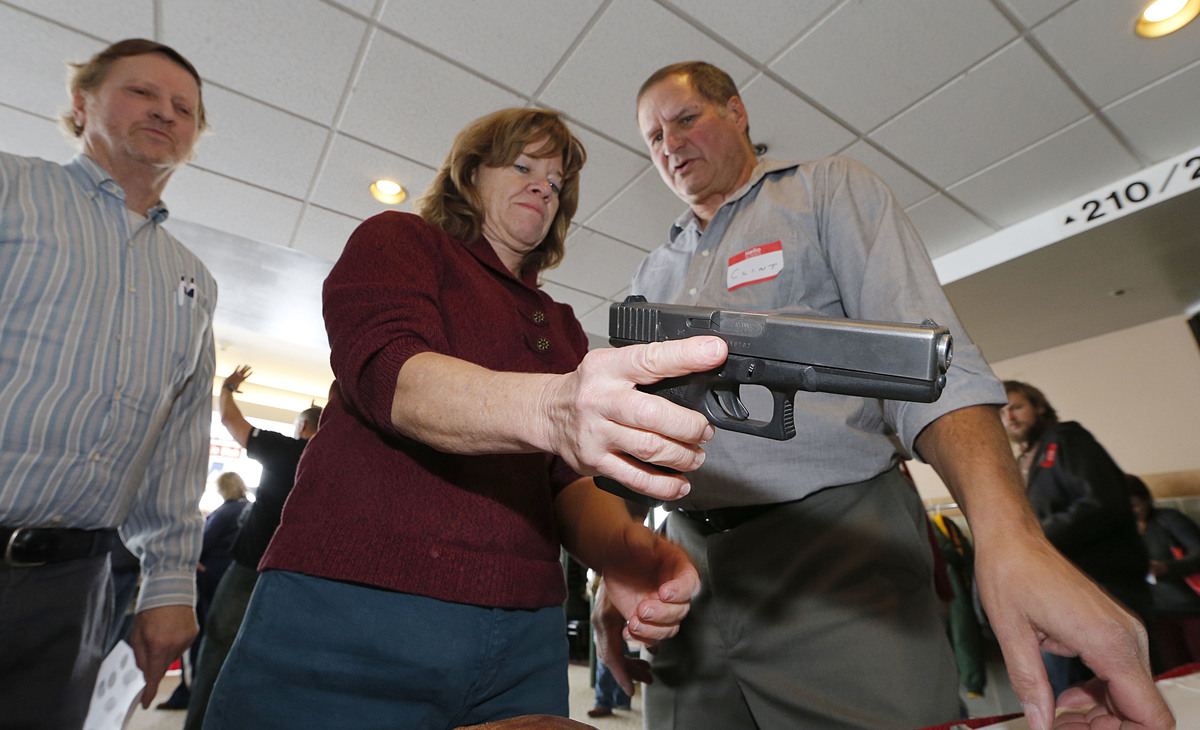 A Utah teacher is shown how to handle a handgun by instructor Clint Simon (right) at a concealed-weapons training class to 200 Utah teachers in 2012.

Guns have dominated politics this week. And the one idea President Trump keeps coming back to is arming teachers.

But a new NPR/Ipsos poll found that really only one group of people are in favor of training teachers to carry guns in schools — Republicans, especially Republican men.

Overall, 59 percent of Americans are opposed to arming teachers, according to the poll.

But about two-thirds (68 percent) of Republicans are in favor of it.

Republican men, in particular, poll the highest of every subgroup — 71 percent of them would like to see teachers armed.

Republican women also like the idea — 64 percent are in favor.

On the opposite end of that spectrum, the least likely to support arming teachers are Democratic women — 86 percent of them are against it. Overall, 82 percent of Democrats don't think it's a good idea, and 60 percent of independents are also against it.

So there is a huge partisan divide on this issue, and once again, on yet another policy issue, it's the president talking to his base and not much beyond that.

At a meeting with lawmakers on Wednesday, Trump indicated an openness to ideas favored by Democrats, too, though. He has expressed support for raising the gun-purchasing age to 21 and seemed open to measures favored by liberal Sens. Dianne Feinstein, D-Calif., and Amy Klobuchar, D-Minn., who are pushing for reinstating the 1990s-era assault weapons ban and tackling domestic violence, respectively.

But he met with the NRA Thursday night at the White House, saying it was a "Good (Great) meeting."

Good (Great) meeting in the Oval Office tonight with the NRA!

I had a great meeting tonight with @realDonaldTrump & @VP. We all want safe schools, mental health reform and to keep guns away from dangerous people. POTUS & VPOTUS support the Second Amendment, support strong due process and don’t want gun control. #NRA #MAGA

If Trump is indeed backing away from more gun control measures, it's similar to what he did on immigration and DACA, or the Deferred Action for Childhood Arrivals program. He had called for a bipartisan solution for immigrants who are in the U.S. illegally but came to the country as children. Ultimately, though, he told lawmakers any such legislation would also need to include funding for his border wall and curbs on legal immigration. None of the proposed bills mustered enough votes to pass the Senate.

So, on yet another culturally sensitive issue for his base, Trump appears to be backing away from a more bipartisan approach. (Trump has largely maintained his 37 to 42 percent average approval rating through most of his presidency, because his Republican base has stayed with him.)

That might not be surprising, considering it may be what is keeping his approval rating from dipping any lower than it already has.

The poll was conducted from Feb. 27-28 with a survey sample of 1,005 adults across the country, chosen randomly from Ipsos's online panel. They were interviewed in English, and the sample includes 351 Democrats, 341 Republicans and 203 independents. It has a margin of error of plus or minus 3.5 percentage points.