Accessibility links
Robert Mueller's Pace Measures Up With Best Prosecutors 'In Modern History' The small group of scholars that studies investigations that may lead into the White House said Robert Mueller's probe of Russian election interference resembles the best of his predecessors. 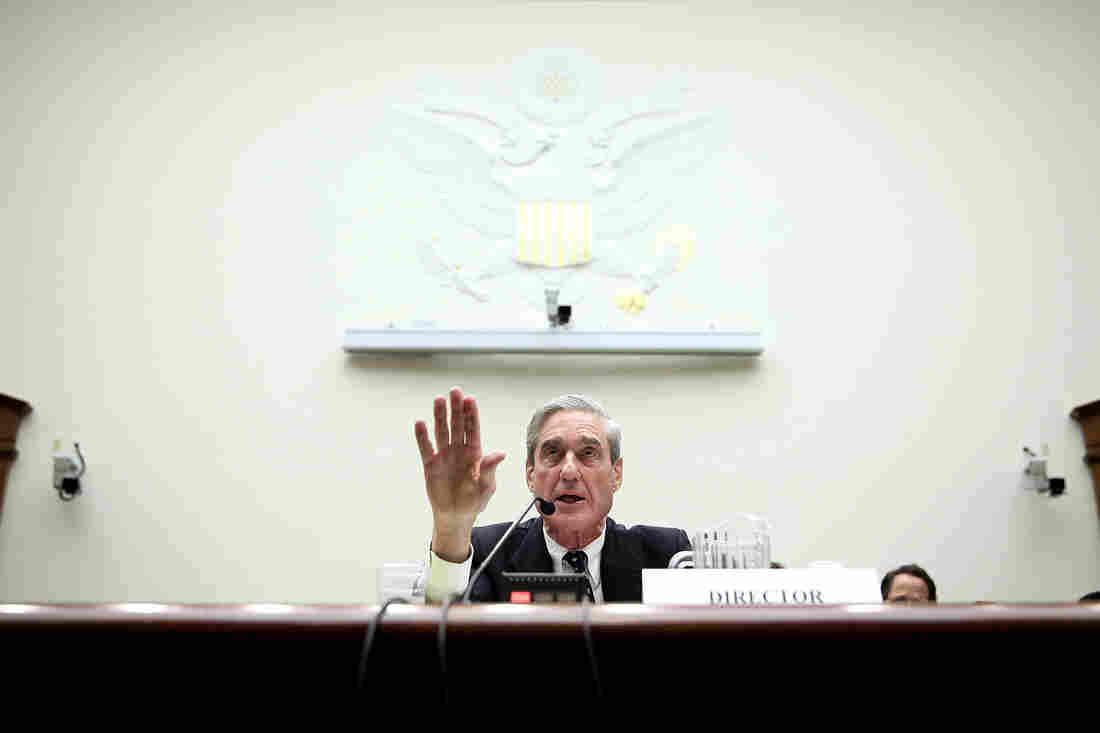 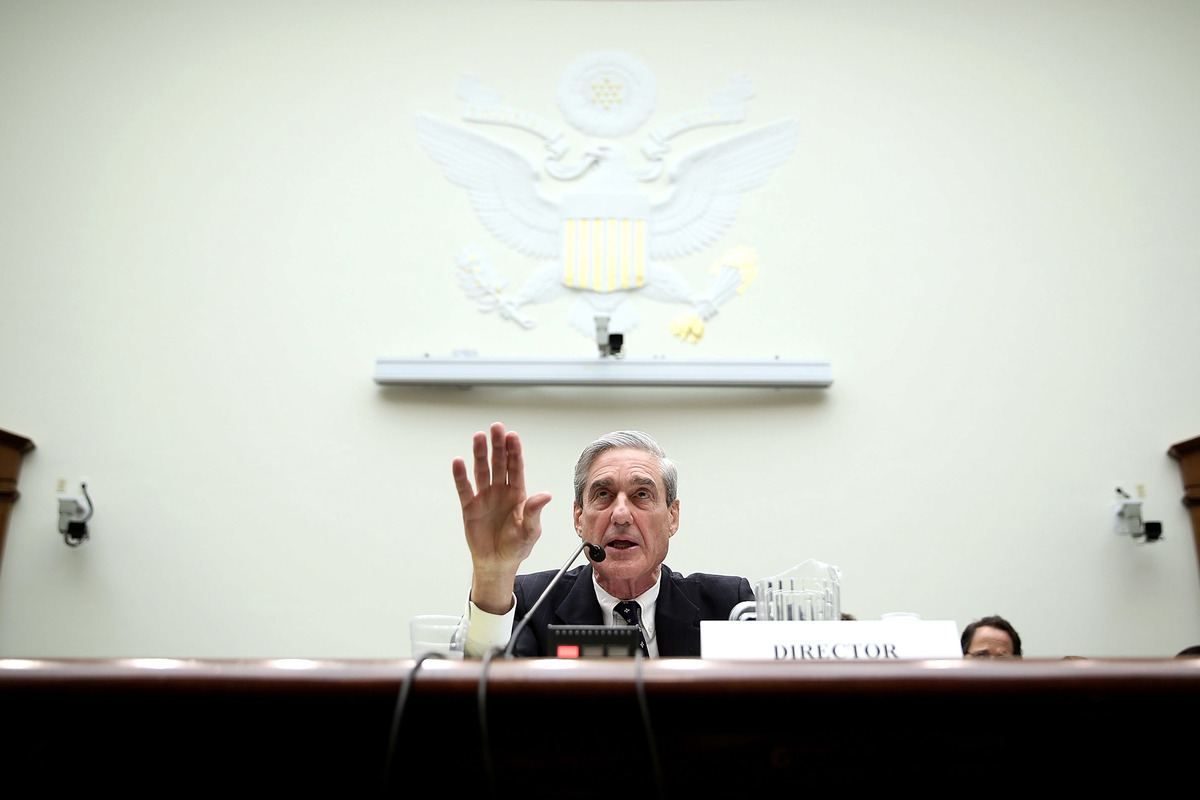 Then-FBI Director Robert Mueller testifies during a hearing before the House Judiciary Committee on June 13, 2013, on Capitol Hill.

The man leading the Justice Department's investigation into Russian interference in the 2016 election has been keeping busy.

Special counsel Robert Mueller has been on the job for about nine months. But he has already charged 19 people with wrongdoing — and won guilty pleas from the president's former campaign vice chairman and his former national security adviser.

Scholars who focus on politically charged investigations that may lead into the White House have been taking note.

"Robert Mueller's pace in this investigation really is very similar to some of the best special prosecutors in modern history," said Ken Gormley, the president of Duquesne University and the author of two books on special prosecutors.

These investigations carry special burdens: to move forward quietly, with no leaks, and quickly, to prove guilt or innocence.

"The whole point of appointing an independent counsel in these kind of instances is to deal with the fact that there's a cloud over the highest levels of the executive branch and to restore public confidence, one way or the other," Gormley said.

For many people, the model prosecutor was Archibald Cox, who investigated Watergate for a little more than a year before he was fired.

"I'm not looking for a confrontation," Cox told reporters in 1973. "I've worried a good deal through my life about the problems of imposing too much strain upon our constitutional institutions and I'm certainly not out to get the president of the United States."

During his tenure, Cox developed evidence about obstruction of justice by President Richard Nixon. The prosecutor who replaced Cox built on that work, ultimately leading to Nixon's resignation.

But at the White House, President Trump and his lawyers have been pressing the Mueller team to move faster. So is another familiar figure: former Whitewater independent counsel Ken Starr.

"The American people, I think, want to know, was there collusion," Starr told CNN last week. "Let's get that answered. That would be my sense, if I were at the Justice Department."

Starr spent five years and more than $40 million investigating President Bill Clinton. Critics say Starr took too long and wandered away from his original mission. He was far from the only independent counsel to come under attack as a "roving Frankenstein monster," Gormley said.

In the category of "no end," there was the investigation of Clinton's secretary of Housing and Urban Development, Henry Cisneros. In 1995, then-Attorney General Janet Reno asked for an independent counsel to determine whether Cisneros should face prosecution for providing false information about payments to a former mistress.

"I'm disappointed by that outcome but I'm hopeful that the investigation will be completed expeditiously," Cisneros told reporters at the time.

But any hope Cisneros had for a speedy resolution went bust. The independent counsel in his case, David Barrett, kept working even after the law authorizing his work expired. Cisneros pleaded guilty to a misdemeanor charge and was later pardoned by the president. Still, Barrett's work continued. The final report emerged in 2006, nearly 11 years after he took office.

Robert Mueller is a hard-driving former FBI director, not known for dallying in his work. He's already secured indictments against Russians for running an information warfare campaign aimed at the last presidential election.

And yet, Wake Forest University professor Katy Harriger said measuring Mueller's success will be a challenge.

Push away that cloud of politics, she said, and success may be a report or a set of conclusions that most people can believe.