Accessibility links
As DACA Deadline Passes, Advocates Urge Trump To 'Fix What You Broke' DACA would have ended Monday but courts have blocked Trump from phasing out the program that protects childhood arrivals. "It's been quite a roller coaster ride of anxiety," says one advocate. 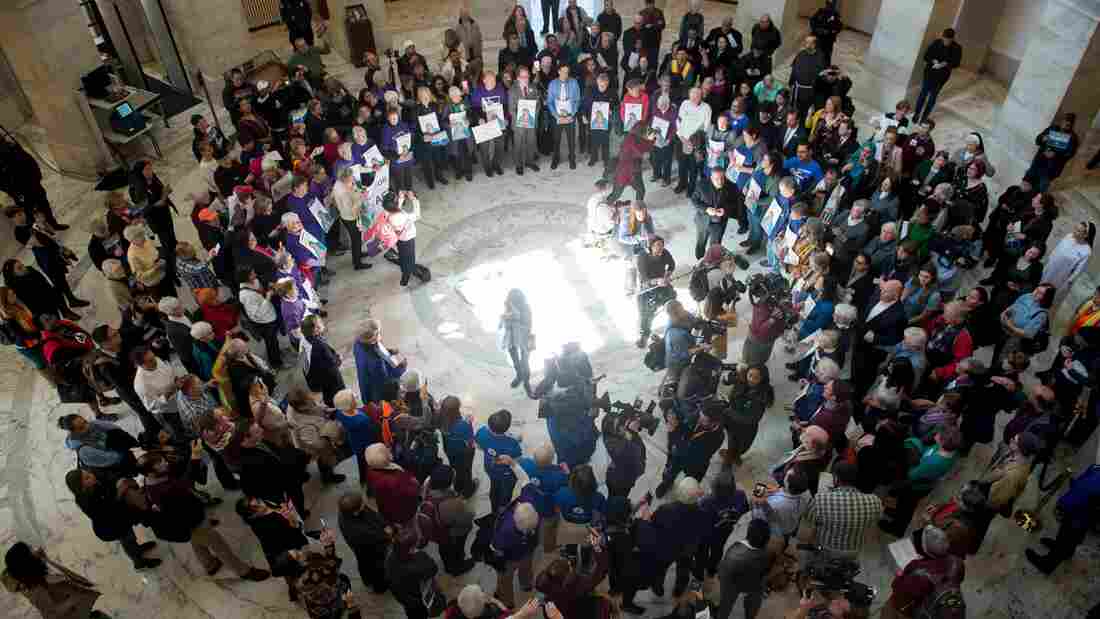 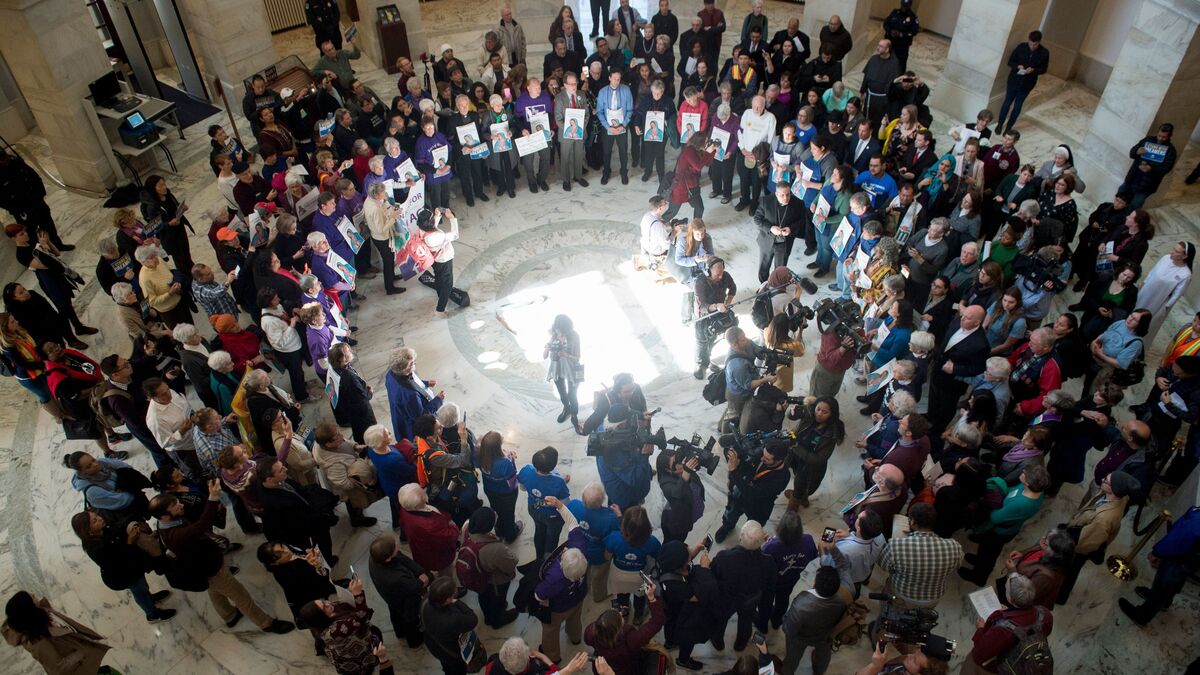 Immigrant rights advocates, seen here at the Capitol last week, say they are keeping pressure on President Trump and Congress to act on the DACA program.

Monday was supposed to be the day that DACA ended.

But court rulings have blocked President Trump from phasing out the program, at least for now, and negotiations have stalled out in Congress. The Deferred Action for Childhood Arrivals program protects undocumented immigrants brought to the country as children from deportation.

DACA recipients and their supporters want to keep the pressure on the White House and Congress to come up with a program to replace DACA.

A coalition of immigrant rights groups will march to Capitol Hill on Monday to press Congress to act. Similar actions are planned in at least eight states.

The American Civil Liberties Union and other groups also launched a national TV ad campaign over the weekend, opening with one of President Trump's past promises: "We're going to deal with DACA with heart, because I love these kids."

The ad features images of a mother holding her crying daughter, a DREAMer in distress. In bold letters across the screen, there's a message that reads: "Trump, time to share the love. Millions of lives are at stake. You killed DACA. Then you derailed three bi-partisan plans to fix it."

The last line is a reference to the negotiations in Congress, which failed to meet the March 5 deadline set by Trump.

"There's a concern that the March 5 deadline could die with a whimper rather than a bang," says Faiz Shakir, national political director for the ACLU. "And by that I mean people might simply have forgotten that DREAMers were left in this state of limbo and no action was taken to save them."

Last week, the Supreme Court left two nationwide injunctions in place, preventing Trump from ending DACA while the issue is in the courts.

That took the all momentum out of efforts in Washington to extend protections to nearly 2 million undocumented DREAMers who came here as young children, including the 700,000 DACA recipients.

"It's been quite a roller coaster ride of anxiety for a lot of our membership," says Sanaa Abrar, spokeswoman for DREAMer advocacy group United We Dream. "At this point there are a few reasons why we still view March 5 as a very critical date."

For one, the government isn't accepting new applications. Also, even though the courts say DACA recipients can apply for a renewal, they run the risk of being detained if their status has lapsed and their applications are still being processed.

Until a new deadline is set, "neither side has leverage," he says.

Conservatives oppose DACA, saying it amounts to amnesty. Trump has said he would only grant DACA recipients a path to citizenship in exchange for reductions in legal immigration — a non-starter for Democrats.

So immigrant activists are trying keep the focus on their cause, including with frequent Facebook Live events that broadcast videos of demonstrations large and small.