Accessibility links
Mexican-American Author Luis Alberto Urrea Finds Inspiration In Tragedy & Trump Luis Alberto Urrea's The House of Broken Angels borrows from the story of his older brother, who died of cancer. He says the book went through a dramatic rewrite after Trump became president. 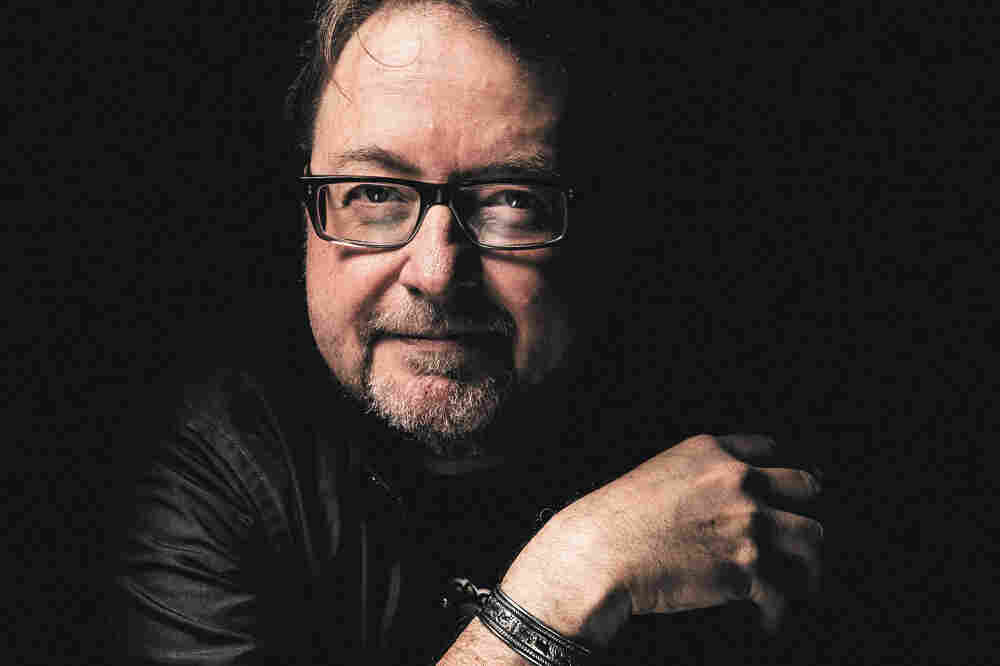 Luis Alberto Urrea was nominated for a Pulitzer Prize for his 2004 book The Devil's Highway: A True Story, about a group of Mexican men who cross the border into the United States. Joe Mazza/Little Brown hide caption 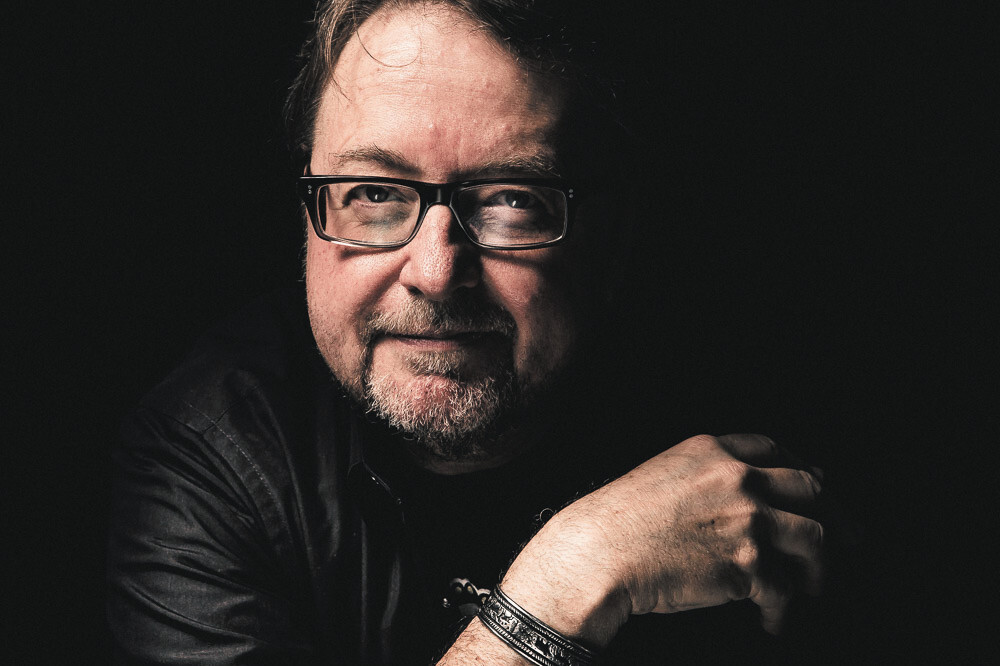 Luis Alberto Urrea was nominated for a Pulitzer Prize for his 2004 book The Devil's Highway: A True Story, about a group of Mexican men who cross the border into the United States.

Growing up with a Mexican father and an American mother, author Luis Alberto Urrea often felt like there was a border wall running through his family's San Diego apartment.

"The kitchen was the United States; the living room was Mexico," Urrea says. "One side was struggling with all her might to make me an American boy, and the other side, with all of his might, was trying to keep me a Mexican boy."

As a child, Urrea was often confused by his own dual culture, which he describes as a "super-American look" combined with a "super-Mexican outlook and accent." But as an adult, Urrea realized that he could draw on his heritage in his work.

"All those things that as a kid seem so painful and were such a liability to me ended up being the strength of everything," he says.

Urrea's latest novel, The House of Broken Angels, borrows from the real story of his older brother, Juan, who was dying of cancer when Urrea's mother died. 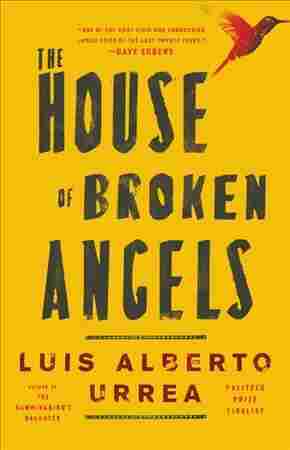 The House of Broken Angels

I spent the day laughing and then weeping. It was whiplash all day long. As I described in [The House of Broken Angels] with the character Big Angel, my brother was greatly physically reduced. He was in a lot of physical pain. He couldn't stand very well by himself anymore. He spent a lot of time in his bed.

I think the book came out of two moments, one of them directly quoted in the novel, when I told him, watching [people] kiss his hand, "You're like Don Corleone." And he said, "I am Don Corleone." And the other: His having to go to bed and asking me to lie in bed with him at several junctures of the day. ... We had every kind of talk. ... It was the moment of reconnection and farewell.

On his father's death after an encounter with the Mexican police

My father wanted to celebrate [me getting into college] somehow, even though he and my mom were long separated by that point. So he drove alone down to his hometown in Sinaloa, [Mexico,] ... to retrieve money, because he, like so many immigrants, was sending remittance money home. ...

Love, Violence And Lou Reed, On Display In 'The Water Museum'

It's very nebulous what exactly happened with them, but he ended up extremely hurt physically and they took a lot of his belongings. They took everything. They took his shoes, his luggage, all of his belongings. And the injuries to his abdomen particularly made him wet himself, and they never reached into his pockets, so they didn't find the money. The doctor who came did find it because he was wearing rubber gloves and he knew if he said anything that they would take it, so he hid it.

Essentially, my father waited eight hours in this state: naked on a table, waiting for an ambulance to take him to the American border so he could be saved. The calculation, I believe, is that he would die, and he did. So, the doctor passed that money to relatives who passed it on down the border to me. I was waiting in the funeral home in Tijuana, and the police brought the body and made me buy it. They said if I didn't purchase my father, they would keep him. So I spent that money to buy him.

On how his father's death inspired him to write

I felt everything crashing down and I didn't know what to do. It was such a harrowing experience being with his body. I sat in a room with him all night, his body, dealing with the police. And then I had to go to the border and deal with immigration and have all of his papers.

I didn't know what I was doing. By the time I got back to San Diego, I had forgotten English. It took me a minute to get back into being an American. I had only one way to deal with it, which was writing. I had been writing since high school, and so I wrote about it. The happy ending to that story is that Ursula Le Guin came to my college and she found me and helped me become an author.

On how the Trump presidency influenced The House of Broken Angels

It definitely affected my rewrite of the novel. The novel started out as a kind of a slim memoir inspired by the events of my brother's death and final birthday party on Earth before his death, and it was kind of what I call the Mexican Finnegans Wake. ...

But then as I expanded it, ... it started taking on more of a cultural statement and turned into a novel, which seemed to want to become epic. I couldn't shake my growing sense of rage and astonishment at the tone. People I loved facing horrible fear with DACA, and people I loved and knew being confronted by good Americans spewing demented vitriol at them.

I'm telling you, this wall is a boondoggle. It's a joke.

On the Trump administration's proposed border wall, which Urrea wrote about in The New York Times

I try to be respectful, and one of the points for me is to listen to people and hear them, because I think sometimes people get more and more outrageous because they feel insulted or looked down on. So I'll listen, but sometimes it's really hard.

I'm telling you, this wall is a boondoggle. It's a joke. And ... the eight new [prototypes] of wall that President Trump claims he's finally going to go see, I'm telling you, one day it's going to be a kitschy tourist stop for ironic hipsters. It's going to be spray-painted. It's going to look like Cadillac Ranch and people are going to take selfies at it. But it's not going to start a multibillion-dollar Great Wall of China project. I promise you. There's no way to build it.

Sam Briger and Mooj Zadie produced and edited this interview for broadcast. Bridget Bentz, Molly Seavy-Nesper and Nicole Cohen adapted it for the Web.