Accessibility links
How 'Icarus' Accidentally Exposed A Major 'Ocean's Eleven-Style' Doping Scheme Bryan Fogel set out to make a film about taking performance-enhancing drugs. He stumbled upon a much bigger scandal of Russian state-sponsored doping — and won the Oscar for best documentary feature. 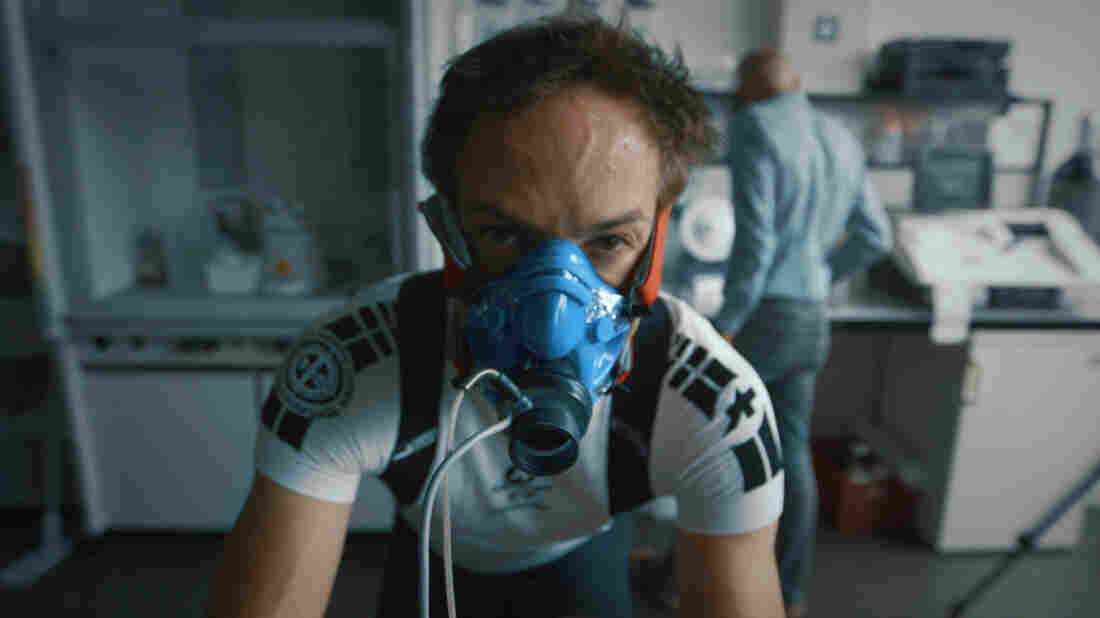 Midway through Icarus, what begins as director Bryan Fogel's documentation of his own performance-enhancing drug experiment pivots to a far larger tale of state-sponsored doping in Russia. Netflix hide caption 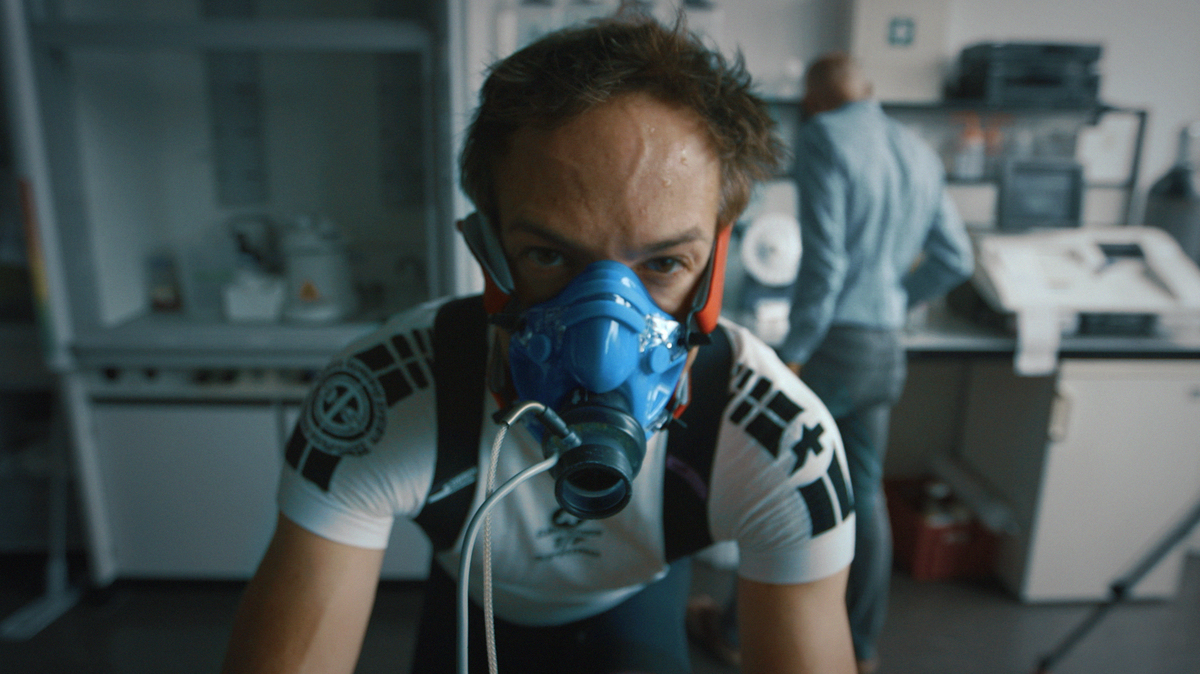 Midway through Icarus, what begins as director Bryan Fogel's documentation of his own performance-enhancing drug experiment pivots to a far larger tale of state-sponsored doping in Russia.

Director Bryan Fogel decided to explore the subject by taking his own regimen of performance-enhancing drugs to prepare for an amateur cycling race. He injected himself in the butt; he framed shots of blood running down his leg. It was, by his own admission, "almost an absurdist comedy."

"I mean, it was a little ludicrous," he says in an interview. "But for what I was doing — which was, you know, going on this very, very detailed mission of charting what I was taking and then getting blood tests done every single week and collecting my urine and, you know, there was a very, very large extent to which I was going — but, you know, I was out to make a film. And I was documenting that process. So to that extent, I mean, there was a method and a purpose to the madness."

But halfway through his film, what began as an experiment on himself turns into something much bigger. One of the film's main subjects blows the whistle on a massive Russian doping program with links to the highest levels of Russian government. And the film pivots to the tale of Grigory Rodchenkov, the mastermind behind that program, and the man who happened to be guiding Fogel through his own program, and the man now fearing for his life.

And now Icarus has won the Academy Award for best documentary feature. Here are highlights from our 2017 interview with Bryan Fogel. 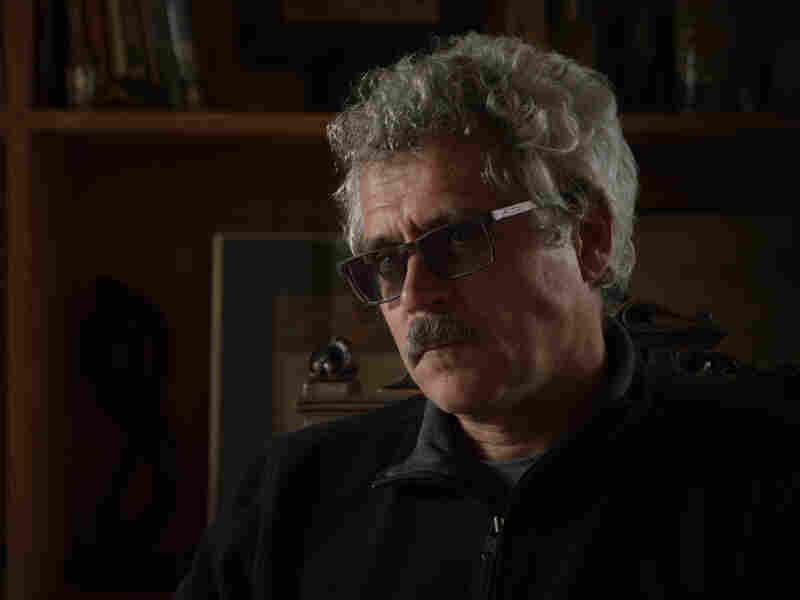 Over the course of Icarus, Grigory Rodchenkov is identified as the mastermind behind a Russian doping scheme — and he decides to tell his story. Netflix hide caption 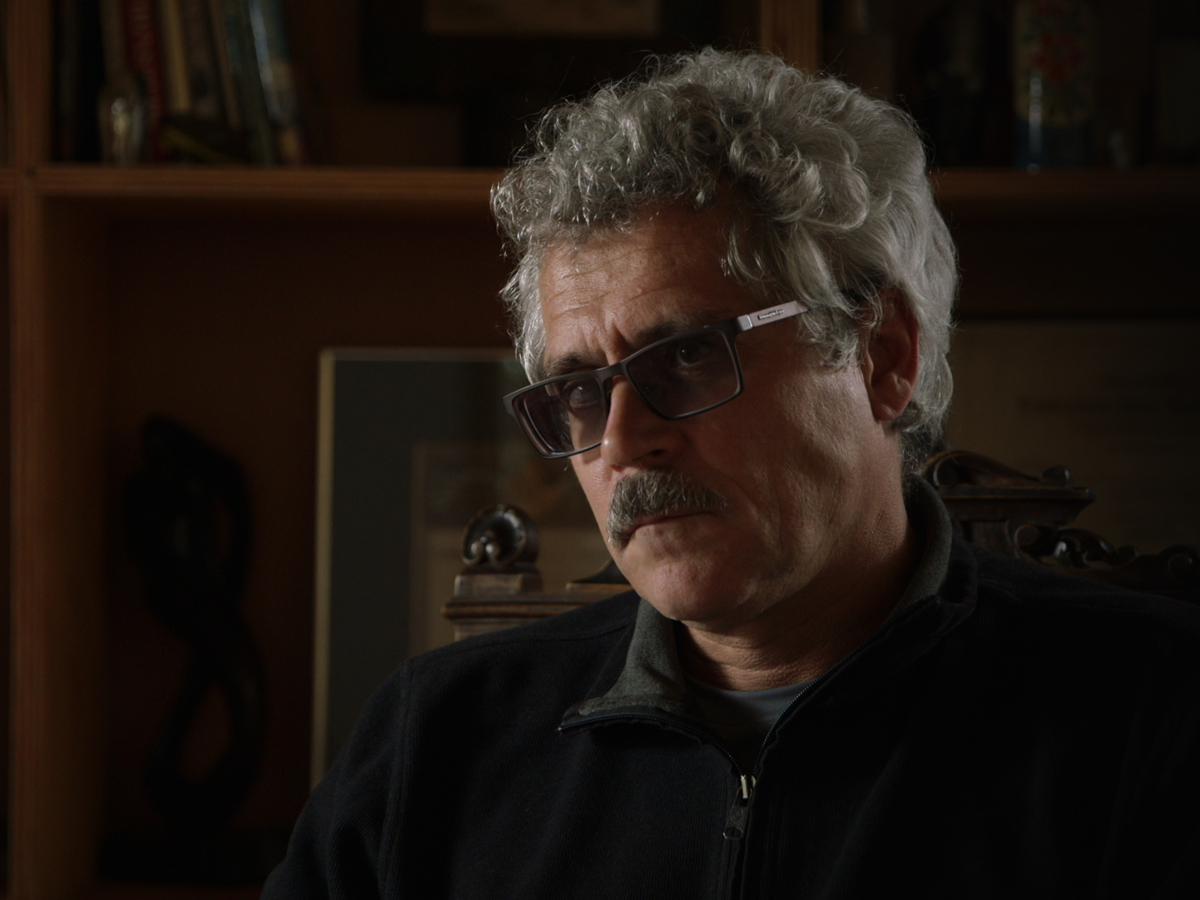 Over the course of Icarus, Grigory Rodchenkov is identified as the mastermind behind a Russian doping scheme — and he decides to tell his story.

Well, Grigory at the time oversaw the testing of all Russian athletes across all sports, and all international competitions in Russia — of all athletes coming to Russia to compete — on top of the Sochi games. And this guy is just this incredibly likable, enigmatic, larger-than-life personality.

Well, I mean, it was beyond strange [that he was simultaneously helping Fogel to dope himself]. And it was jaw-dropping. And it was also why, at that time before, you know, it pivoted, I felt like I still had a really interesting film. The fact that I've got this Russian scientist, who was supposed to be catching athletes for doping, breaking every single rule in the book to not only help me dope but to tell me what to do, and then even go so far as to come to Los Angeles to collect all of my urine samples which I had been taking, to bring them back to Moscow to test them in his WADA [World Anti-Doping Agency]-accredited lab — I mean, everything about what he was doing was against the rules.

So, suddenly, this is a crisis. And he's forced to resign from the lab by Vitaly Mutko, who is the sports minister. And Vitaly Mutko answers to one person and one person only, and that's Vladimir Putin.

It was a combination of oh-my-God, scared, shocked. Russia's suspended from world track and field. And then [Vladimir] Putin is on television — on Russia-1 — holding an official press conference not only denying all the allegations of this report, but that if any of this proves to be true, that it will be the individuals that are held accountable and that punishment will be absolute. And at that point, Grigory has two FSB, KGB agents living in his apartment, "guarding him." And five days after the report, I'm on Skype with Grigory, and Grigory is telling me that he has got word from other of his friends within the KGB, the FSB that they have planned his suicide and that he needs to escape.

This happened so fast. I mean, this is — six days after this report, Russia for whatever reason didn't have him on the do-not-fly list. And he's somehow able to get out of the country. I bought the plane ticket — I put it on my credit card. He comes with just a backpack in his hand and three hard drives. And we put them up in a safe house in Los Angeles.

And over the next month, I discover that not only is Grigory involved — Grigory is the mastermind of a spectacular, unbelievable scandal that calls into question every medal ever won in the Olympic Games. And not only that, he oversaw the Sochi Olympics, where Russia won 33 medals, and they did it through this elaborate Ocean's Eleven-style scheme, where they had literally created holes in the laboratory to slip out the dirty urine samples of all the Russian athletes and swap out their urine with clean urine. And this guy was the only man on planet Earth who had this evidence. And he was able to prove it.

What happened at Sochi he was incredibly upset about, because he had went from being a scientist, meaning his whole life is — yes, it's doing the exact opposite of what he should be doing, but he was using science to beat the system. There was a differentiation that he made in his mind. But at Sochi, this wasn't about science. This was just fraud. This was literally like breaking into a bank vault and substituting real money for counterfeit money. It was spiraling out of control. And after Sochi, he was promised it would stop. Instead, he's doing it for the swimming world championships. He's doing it for the collegiate athletic world championships. And there's essentially no end in this. And as you also see in the film, as you see that he's disposable like so many others that betray the government or whatever.

On where Rodchenkov is now

He is in protective custody. And the reason why is the Department of Justice and FBI has been sitting on this case for the last 14 months. And we're very, very optimistic that our government is going to continue to protect him because regardless of the wrongs that he did, it was tremendous courage and honesty to come forward with this staggering amount of evidence and let the world know what had happened. And without him, we would still be in the dark about this.

Alexi Horowitz-Ghazi and Ammad Omar produced and edited the audio of this interview for broadcast. Patrick Jarenwattananon adapted it for Web.