Accessibility links
FACT CHECK: Is Trump Building A $250,000 Embassy In Jerusalem? In a meeting with Israel's prime minister, Trump appeared to be conflating the price tag for a permanent embassy and a temporary upgrade. 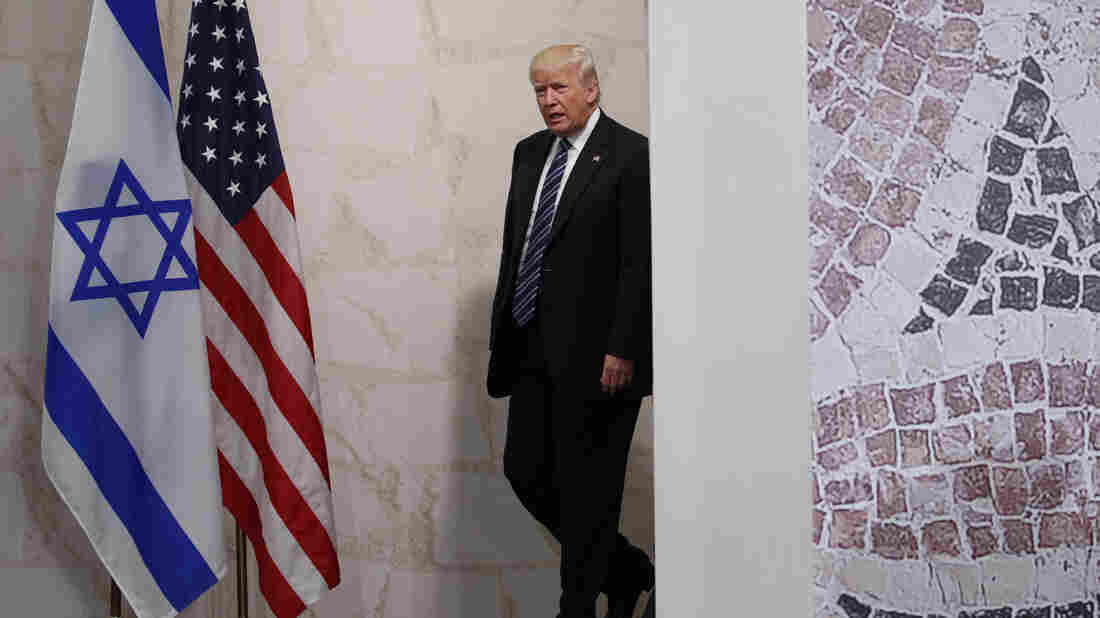 President Trump visits the Israel Museum in Jerusalem last year. His decision to move the U.S. Embassy to Jerusalem delighted many Israelis and angered Palestinians. But how much will it really cost? Evan Vucci/AP hide caption 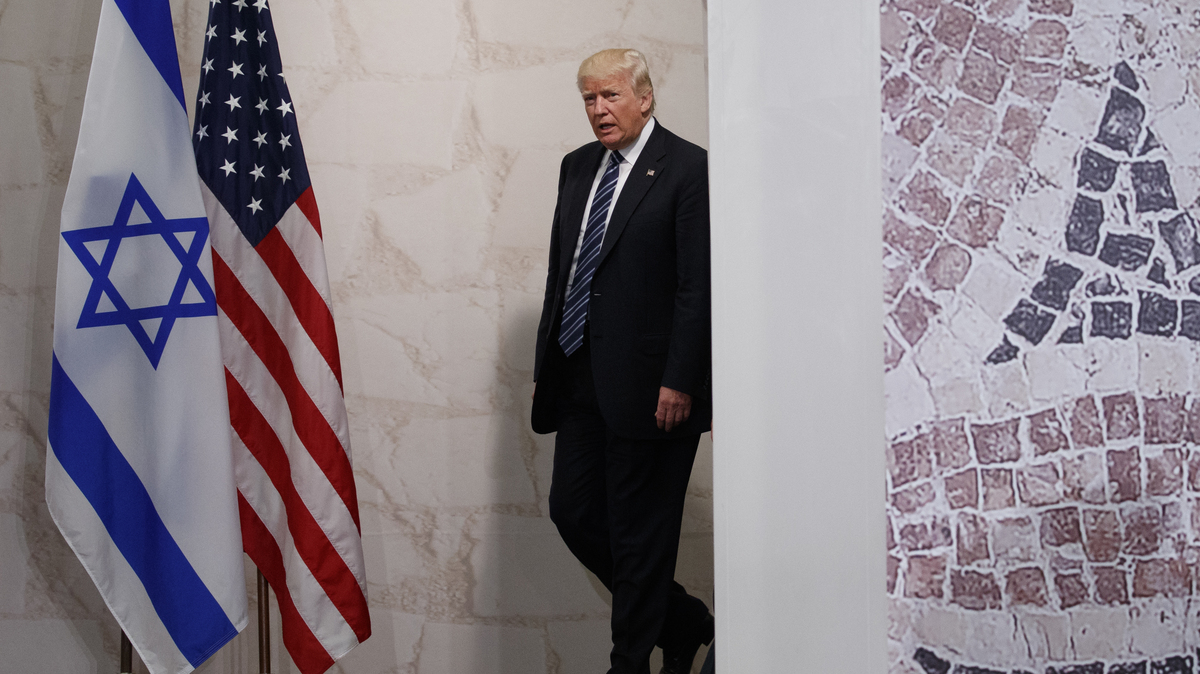 President Trump visits the Israel Museum in Jerusalem last year. His decision to move the U.S. Embassy to Jerusalem delighted many Israelis and angered Palestinians. But how much will it really cost?

Have you seen the prices in Jerusalem lately? You can barely buy a two-room apartment for less than 2 million shekels. (That's about $577,000).

What's any of this got to do with U.S. politics? At a meeting at the White House with Israeli Prime Minister Benjamin Netanyahu, President Trump told reporters that he had rejected a $1 billion plan to build a new U.S. Embassy in Jerusalem. Instead, he's going to build one for just $250,000.

But that's not quite the whole story.

What did Trump say?

Here's what Trump said in full about the cost of the new embassy with Netanyahu by his side:

"We'll have it built very quickly. A lot of people wouldn't be doing it quickly like that. We're going to have it built very quickly and very inexpensively. They put an order in front of my desk last week for $1 billion. I said, 'a billion? What's that for? We're going to build an embassy.' I said, 'We're not going to spend $1 billion.' We're actually doing it for about $250,000. So check that out."

Turning to an already laughing Netanyahu, he asked rhetorically, "Is that good?"

What was Trump talking about?

Trump was probably conflating two things: a permanent new embassy to be built years from now and a temporary embassy office the U.S. is building inside an existing consular building in Jerusalem to be set up by May, NPR diplomacy correspondent Michele Kelemen and international correspondent Daniel Estrin, based in Jerusalem, report.

"Internal modifications to allow the embassy to open in an existing facility in May is anticipated to cost $200,000 to $400,000," a State Department official tells Kelemen.

As for financing the permanent embassy, The Associated Press reported in late February:

"The Trump administration is considering an offer from Republican megadonor Sheldon Adelson to pay for at least part of a new U.S. Embassy in Jerusalem, four U.S. officials told The Associated Press.

"Lawyers at the State Department are looking into the legality of accepting private donations to cover some or all of the embassy costs, the administration officials said. ...

"In one possible scenario, the administration would solicit contributions not only from Adelson but potentially from other donors in the evangelical and American Jewish communities, too. One official said Adelson, a Las Vegas casino magnate and staunch supporter of Israel, had offered to pay the difference between the total cost — expected to run into the hundreds of millions of dollars — and what the administration is able to raise."

In January, Trump chafed at the $1 billion cost of the new U.S. Embassy in London. He canceled a trip to London for a ribbon-cutting because he said it was a "bad deal."

Reason I canceled my trip to London is that I am not a big fan of the Obama Administration having sold perhaps the best located and finest embassy in London for “peanuts,” only to build a new one in an off location for 1.2 billion dollars. Bad deal. Wanted me to cut ribbon-NO!

The U.S. Embassy in London remarkably put out a statement defending itself, as NPR's Frank Langfitt reported.