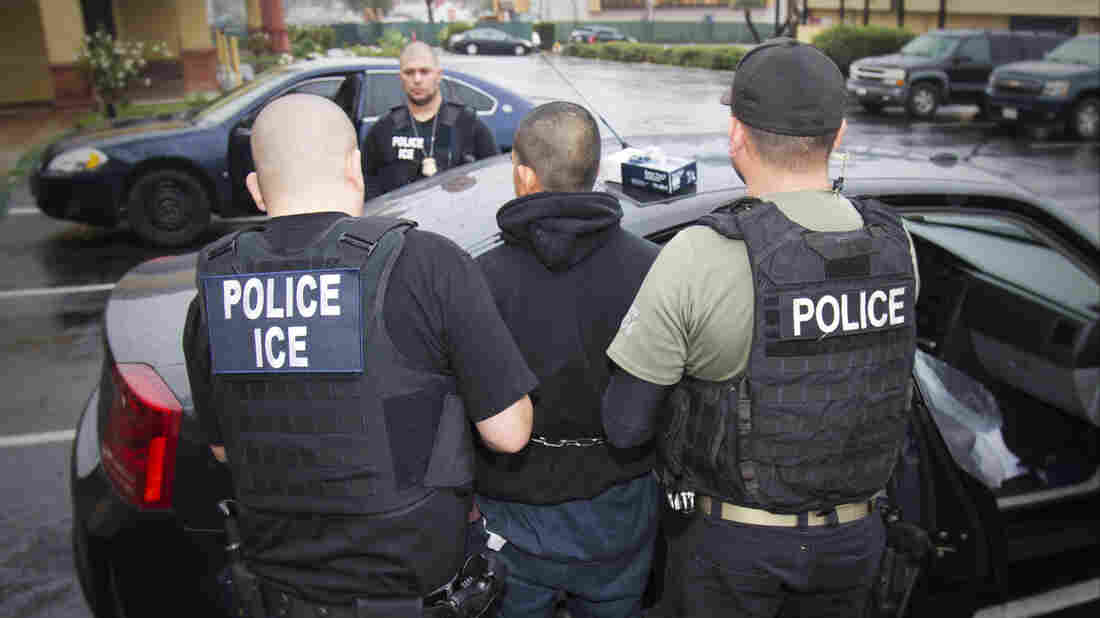 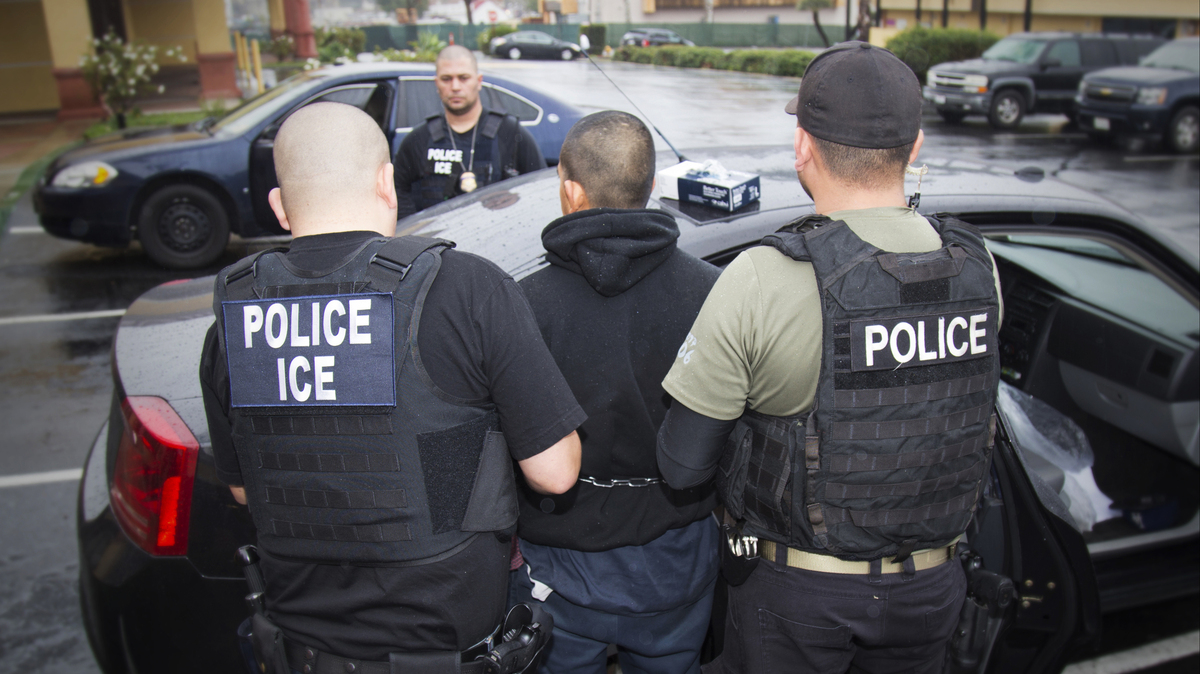 Foreign nationals are arrested during a targeted enforcement operation conducted by U.S. Immigration and Customs Enforcement aimed at immigration fugitives, re-entrants and at-large criminal aliens in Los Angeles on Feb. 7, 2017.

The Justice Department is suing California and two top state officials, accusing them of interfering with federal immigration efforts by passing and enforcing state laws that hinder U.S. operations against undocumented people.

The lawsuit filed late Tuesday in federal court in Sacramento, Calif., points out that the Constitution gives the U.S. government sweeping authority over immigration.

Justice Department lawyers argue that California is blocking enforcement efforts by the Department of Homeland Security and imposing other, impermissible obligations on the federal government. Federal authorities said that evades common sense and has the potential to endanger communities in California and beyond.

The new federal case represents an escalation of the long-running battle between the Trump administration and California, whose Democratic governor, Jerry Brown, and attorney general, Xavier Becerra, have positioned themselves as ideological opponents to the White House on matters from immigration and climate change to criminal justice.

Echoing the tone and favored language of President Trump on Twitter, Gov. Brown issued a statement Tuesday night that called the federal lawsuit "SAD!!!" and a political stunt.

The Justice Department is asking for a preliminary injunction to block those three laws. To advance their cause, federal lawyers cite a 2012 Supreme Court dispute, in which the Obama administration sued Arizona over its punitive law meant to crack down on immigrants there.

A divided Supreme Court eventually ruled parts of the state law were "pre-empted" under the Supremacy Clause of the Constitution. In essence, the court's five-justice majority said that federal law trumps state law in the immigration area, lest each state develop its own policy toward immigrants.

"The Department of Justice and the Trump administration are going to fight these unjust, unfair and unconstitutional policies that have been imposed on you," Sessions will tell that group, according to an advance excerpt of his remarks. "We are fighting to make your jobs safer and to help you reduce crime in America."

Becerra, a former Democratic representative, will speak to the same group later Wednesday.

In his statement, the state's governor took on Sessions. "At a time of unprecedented political turmoil, Jeff Sessions has come to California to further divide and polarize America," Brown said. "Jeff, these political stunts may be the norm in Washington, but they don't work here. SAD!!!"

The U.S. Justice Department is also locked in courtroom battles with California and other jurisdictions over its threats to withhold federal law enforcement grant money from sanctuary cities, which refuse to voluntarily share information with immigration agents.