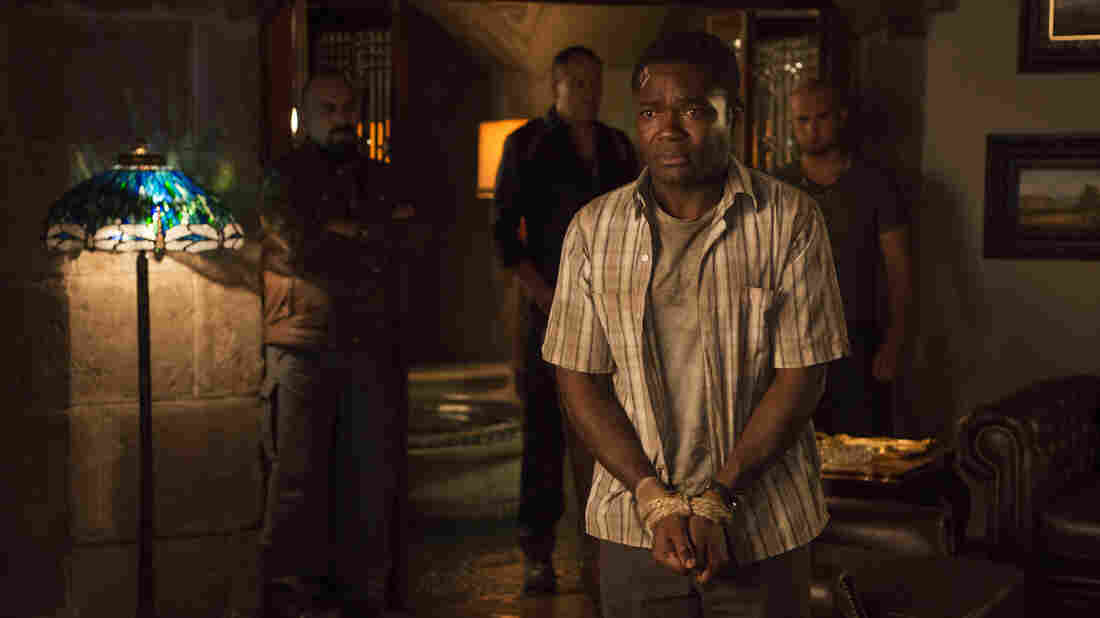 Harold Soyinka (David Oyelowo) finds himself in some unexpected trouble on his business trip to Mexico in Gringo. Gunther Campine/Amazon Studios hide caption 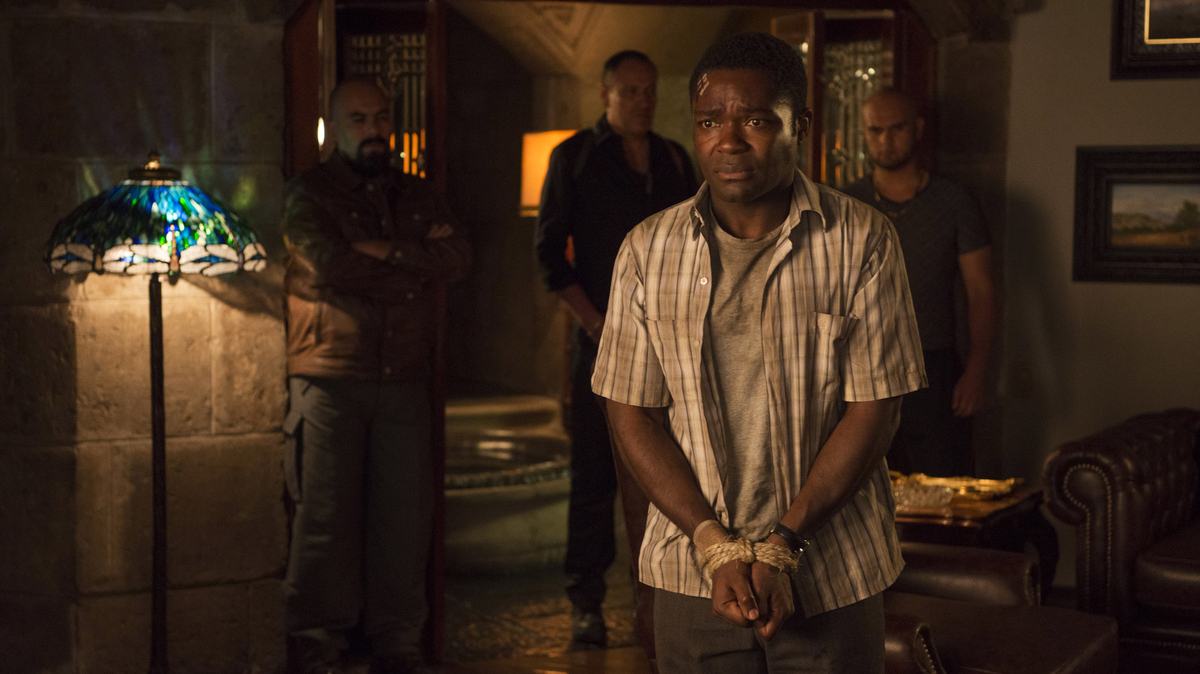 Harold Soyinka (David Oyelowo) finds himself in some unexpected trouble on his business trip to Mexico in Gringo.

In the hands of a cynical genius like Billy Wilder or a wily craftsman like Steven Soderbergh, Gringo might've become a satire for the ages, a mordant document that people of the future could study to understand this morally vacuous moment in the life of our republic. Alas, this bloody farce was directed by one Nash Edgerton — a stuntman and prolific music video director, and the big brother of star Joel Edgerton, who can currently be seen in the even-gnarlier spy drama Red Sparrow in the theater down the hall. The elder Edgerton is a competent storyteller: Gringo's Byzantine plot mostly scans, and he keeps its sardonic tone consistent throughout. But just because a movie hits all the notes doesn't mean it sings.

That's too bad, because Gringo has a lot going for it, including some occasionally sharp dialogue (by either Matthew Stone or Anthony Tambakis, who contributed to the bonebreaking and tearjerking Joel Edgerton /Tom Hardy MMA drama Warrior) and a quartet of funny performances from players not primarily known for bringing the yuks: L'il Edgerton, Charlize Theron in full femme fatale mode and beardy heavy Sharlto Copley.

The best and most surprising of the four is David Oyelowo, the versatile British actor who rose to the occasion to embody Martin Luther King, Jr. in Selma. Here he plays Harold, a decent but all-too-credulous immigrant from Nigeria who works as a manager in the Chicago pharmaceuticals firm of which Edgerton and Theron are co-CEOs. (They make a habit of office trysts during business hours.) Harold is an honest man who sees the best in everyone, which in this genre means that everyone from his accountant to his bosses to his wife (Thandie Newton, in a truly thankless part) walks all over him.

When Harold learns he'll soon be pushed out in a merger, he decides to extort a severance package of sorts by faking his own kidnapping, Fargo-style. But just like hapless William H. Macy in that Coen Brothers classic, he's unknowingly allied himself with dim-bulb crooks whose stupidity makes them more dangerous, not less. There's also a subplot involving Harry Treadaway and Amanda Seyfried as a small-time dealer and his pushover girlfriend who take a criminal errand to Mexico City that feels fully disposable.

Did I call this thing a satire? With its ready embrace of stereotypes — Oyelowo's hardworking immigrant, Edgerton's sleazy Pharma bro, Theron's backstabbing man-eater, Seyfried's virtuous hanger-on, plus Carlos Corona as a Beatles-quoting Mexican cartel kingpin known as, um, The Black Panther — Gringo often borders on pantomime. What redeems it, sort of, is Copley of all people. The South African actor and filmmaker has played trigger-happy psychos or gun-toting beardos in too many so-so films to list. The minor variation this time is that is that his mercenary character — the estranged brother of Edgerton's swaggering CEO, because sure — has renounced his life of violence and dedicated himself to humanitarian relief work. So when Edgerton calls upon Copley's Very Particular Set of Skills to try to rescue Harold rather than pony up the ransom money, Gringo taps into its only genuine vein of suspense: Oyelowo is a fed-up, still-mostly-good man trying desperately to break bad, while Copley is a reformed killer trying to get his new leaf to stick. Whose principles shall prevail?

The question of whether good or bad behavior can be transmitted by example is a truly inexhaustible one that has powered enduring works of art and forgettable diversions alike. Gringo is the latter, a passable in-flight movie that limps home across the border with nothing much to declare.