Accessibility links
China Churns Out Half The World's Steel, And Other Steelmakers Feel Pinched U.S. steel producers have seen their market share erode since China began ramping up production. President Trump sees tariffs on imports as a way to protect domestic producers. 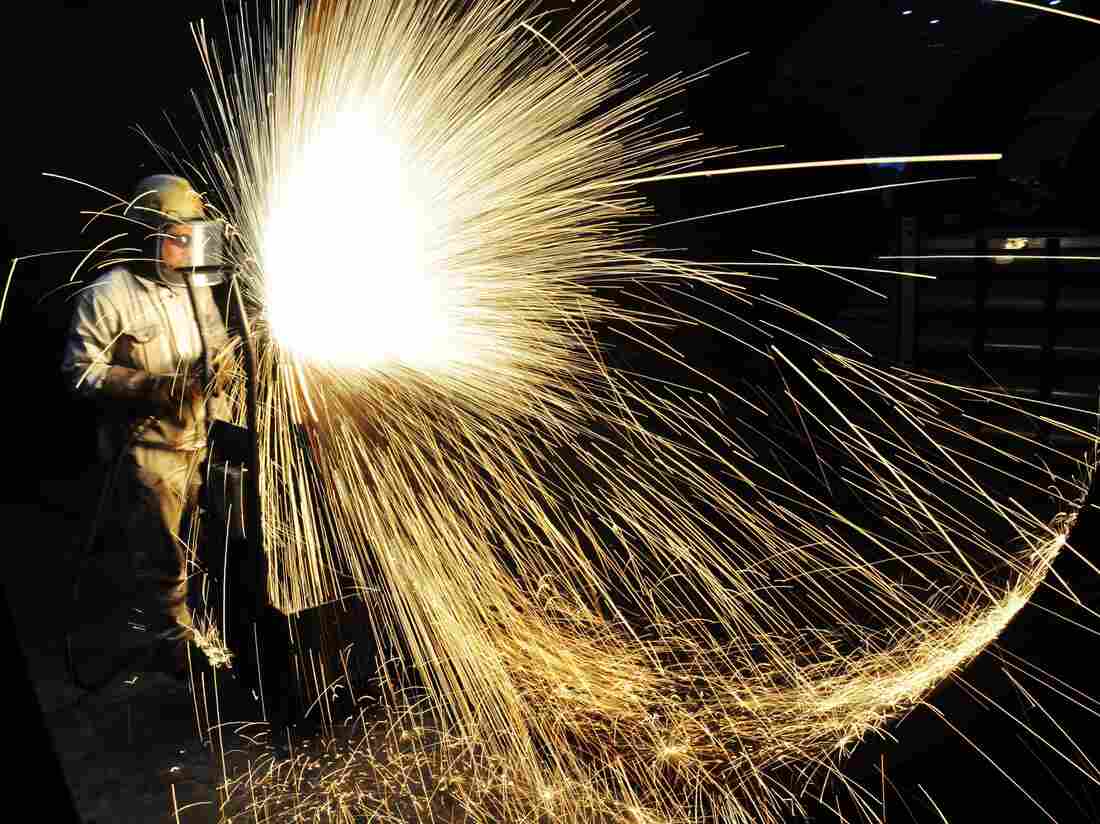 China has built one of the world's most formidable steel-producing sectors over the years. Above, a Chinese worker cuts steel in Qingdao in eastern Shandong province in January. AFP/Getty Images hide caption 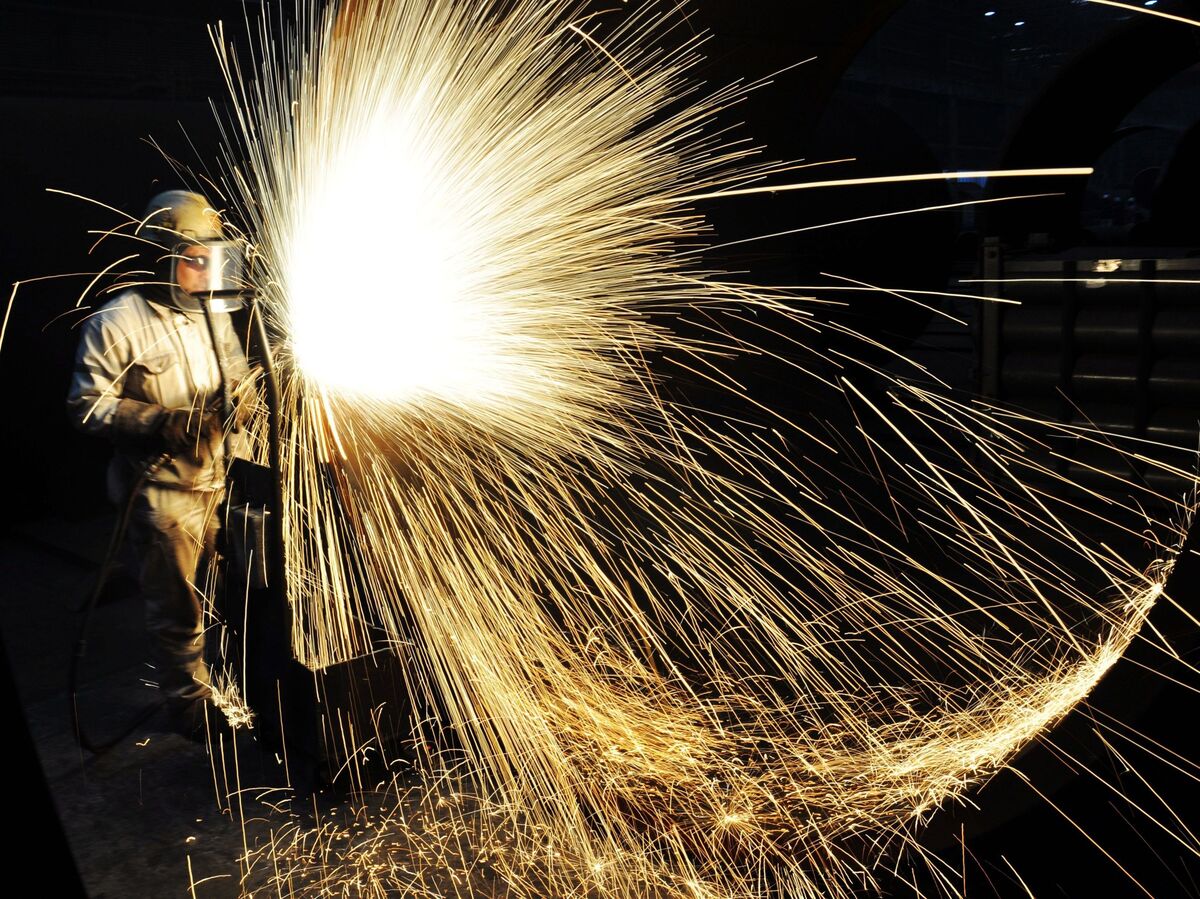 China has built one of the world's most formidable steel-producing sectors over the years. Above, a Chinese worker cuts steel in Qingdao in eastern Shandong province in January.

When President Trump announced plans to impose tariffs on steel and aluminum imports last week, he made clear he views a healthy steel industry as vital to the economic and military success of the United States.

But the industry is under threat from steelmakers in competing countries, especially China, which has emerged as by far the largest and most powerful producer on earth.

China now produces about half of the world's steel. It singlehandedly churns out as much steel in one year as the entire world did in 2000.

During the same time, the U.S. share of global production has fallen from 12 percent to 5 percent today, says Eswar Prasad, a senior fellow at the Brookings Institution and professor of trade policy at Cornell University.

Steel has long occupied a special place in the way the U.S. and other nations see themselves. It's both a source of national pride and a symbol of a country's industrial might.

"When it comes to a time when our country can't make aluminum and steel — and somebody said it before and I will tell you, you almost don't have much of a country," Trump said last week at the White House.

This veneration of steel is common all over the world, but it has been particularly strong in China, says Linda Lim, a professor of corporate strategy and international business at the University of Michigan's Ross School of Business.

"Way back in the '50s and '60s, it was such a fetish of theirs that they had what were called backyard furnaces. People melted down their silverware in order to produce steel for the national good," Lim says.

Most but not all of the steel China produces today is used domestically, in buildings, autos, railroads and bridges, Prasad says. But it sells part of its product on the global market, which tends to depress prices, he says.

"It needs to export about 10 to 15 percent of its steel, and given how much steel China produces these days, that tends to have a pretty big effect on world steel prices," Prasad says.

Other countries have long accused China of dumping steel at artificially low prices. Washington imposes duties on Chinese steel, which is why a relatively small portion of imported steel comes from the country. (Canada is the top U.S. provider of the material.)

U.S. Workers Are Skeptical, But China Says It Will Restrain Steel Output

In recent years efforts have been made by steel-producing countries to cut back on production, Lim says. China says it now employs 1 million fewer steelworkers than it did at its peak.

But the world still has far more capacity than it needs.

"Everybody agrees global excess capacity must be cut, but nobody can agree on who's to be cut," Lim says.

Lim notes that capital costs for building steel mills are very high, but once plants are up and running, companies have little incentive to cut back on production. In fact, because of economies of scale, it makes sense to churn out as much steel as possible.

And because steel is a global commodity, an oversupply in one place tends to affect producers everywhere.

Trump's tariffs may protect U.S. steelmakers from dumping and in the long run raise the profits of individual companies, but they will hurt other industries that use steel, Prasad says.

"The profits of some of those manufacturers will be squeezed, or — what is more likely — a lot of those costs will get passed on to American consumers," Prasad says.

Because the steel industry has become so automated, the tariffs are unlikely to produce many jobs, and even if they do, they won't necessarily be in the Rust Belt towns where the jobs used to be, Lim adds.

But it will send a message that the U.S. remains a globally competitive manufacturing power.

"It's not really about jobs, and it may not even be really about politics," Lim says. "It's about something deeper."