Accessibility links
Congressional Republicans Unlikely To Act To Counter Trump On Tariffs Since taking office, no issue has pitted the president against his allies in Congress more than tariffs have. Party leaders, including Sen. Mitch McConnell, R-Ky., have voiced rare public concern. 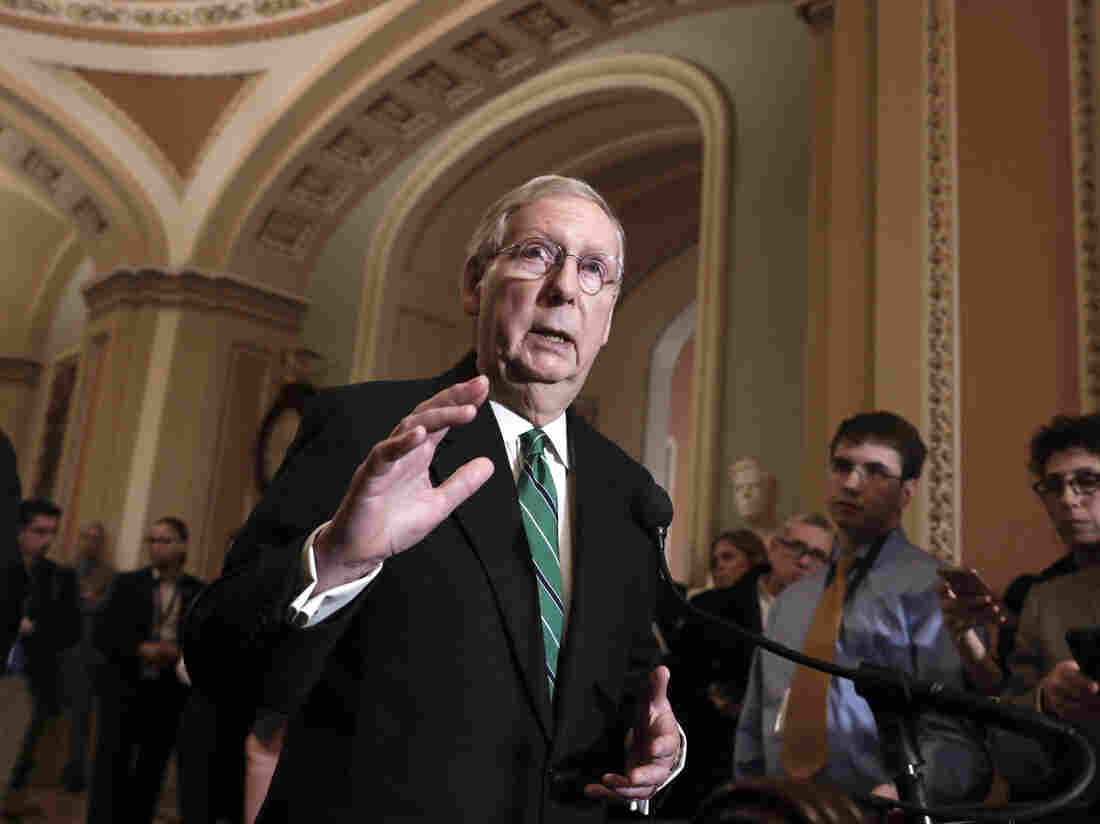 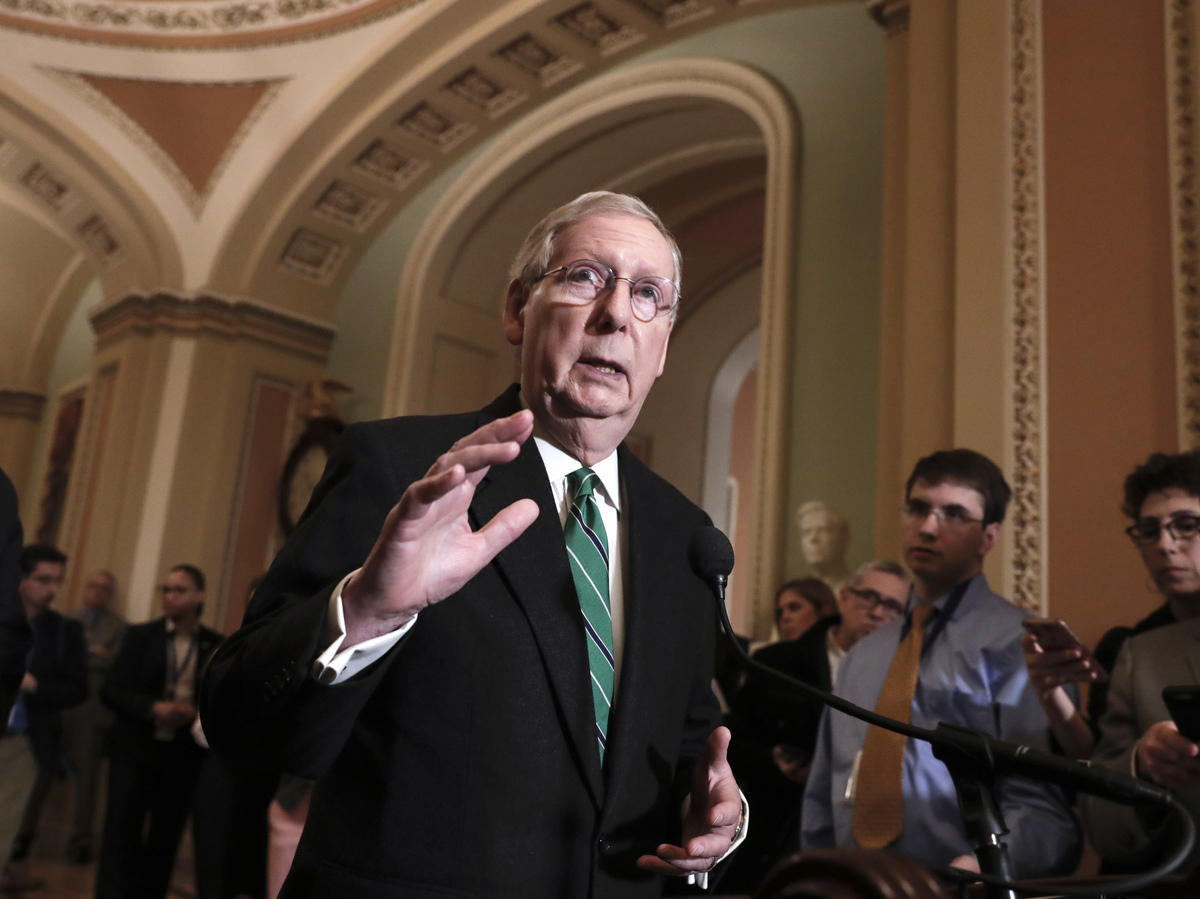 Congress has the power to challenge President Trump on new tariffs, but it's unlikely lawmakers will act, even though nearly all congressional Republicans oppose the president's trade policy because they believe it will harm the U.S. economy.

"It's a conundrum, really, because you do not want 100 senators and our counterparts in the House doing basically any trade initiative. That's why we give that (power) to the executive," said Senate Agriculture Committee Chairman Pat Roberts, R-Kan.

Like most Senate Republicans, Roberts strongly opposes Trump's decision to impose new tariffs of 25 percent on steel imports and 10 percent on aluminum imports, an order he formally signed on Thursday. Lawmakers like Roberts fear retaliation from foreign nations on U.S. exports, and agriculture is primed to take a hit. Specifically, Kansans are concerned about China retaliating on U.S. sorghum exports.

U.S. trade policy has long been written with the intent to give the president broad authority to handle international trade without Congress nitpicking. While lawmakers technically could try to counter Trump on trade with some kind of legislative response, there is no clarity about what that would look like, and what kind of precedent it would set. "This is very difficult, I think, to address by legislation, and it's obvious the president certainly has his mind made up," Roberts said. "They (the administration) truly believe that tariffs is the way to go."

Since taking office, no issue has pitted Trump against his allies in Congress more than the tariff dispute has. Party leaders have voiced rare public concern about the president's policies. "There is a lot of concern among Republican senators that this could sort of metastasize into a larger trade war," Senate Majority Leader Mitch McConnell, R-Ky., told reporters.

Even some of Trump's strongest allies, like conservatives in the House Freedom Caucus, oppose the tariffs but concede there is little Congress will do to try to stop them if Trump moves forward with them.

"I don't know that there is a legislative fix that will garner the support in both chambers that will be able to override a veto because that's what would have to happen," said Freedom Caucus Chairman Mark Meadows, R-N.C., "So I'm sure there's going to be bills and co-sponsors, but it would be disingenuous to suggest there will be enough votes to override a veto."

One of those bills is by Sen. Mike Lee, R-Utah. He introduced legislation in January that would amend a 1974 trade law to require the president to get congressional approval before making any major trade policy moves, including imposing new tariffs. The proposal has no co-sponsors, and Republicans have not warmed to the idea of limiting executive powers on trade just yet. "I don't think we're at the point where we need to consider that bill yet," said Sen. Roy Blunt, R-Mo.

Other congressional Republicans want to give the president room to negotiate before they entertain any legislative action to counter his efforts. "I don't think we should be going against the president before we see what the deal is. Don't weaken his hand," said Rep. Lou Barletta, R-Pa., a Trump ally who is running for the Senate in November. "I'm personally going to wait and see what the president has in mind, what the final deal is."