Accessibility links
Do Police Officers In Schools Really Make Them Safer? After the massacre in Parkland, Fla., President Trump said every school should have resource officers. But critics fear the unintended consequences like increased suspensions and arrests. 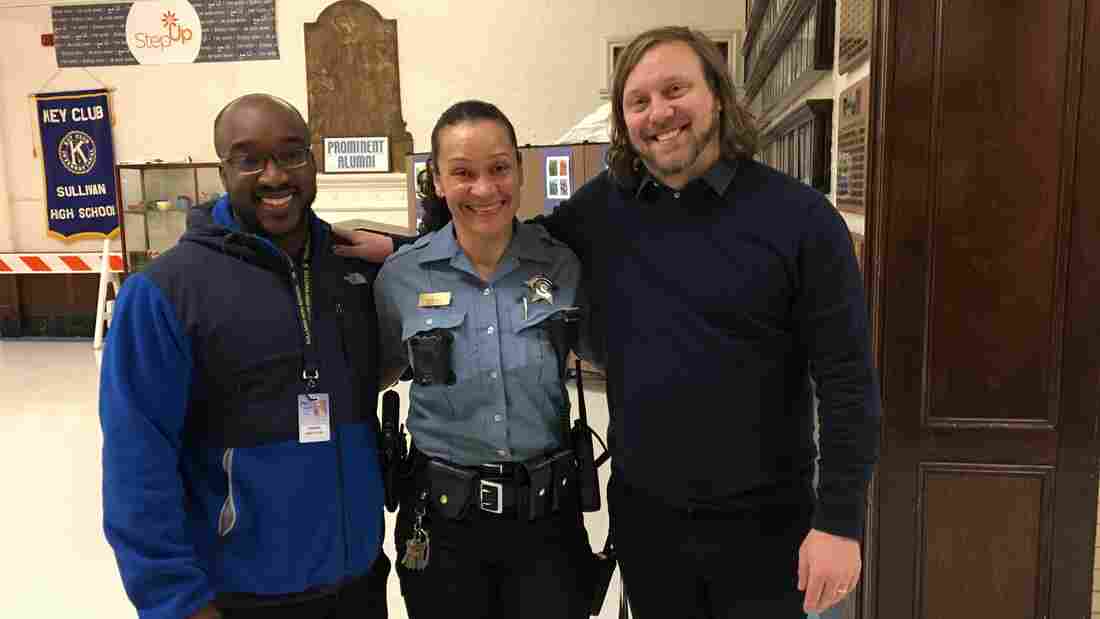 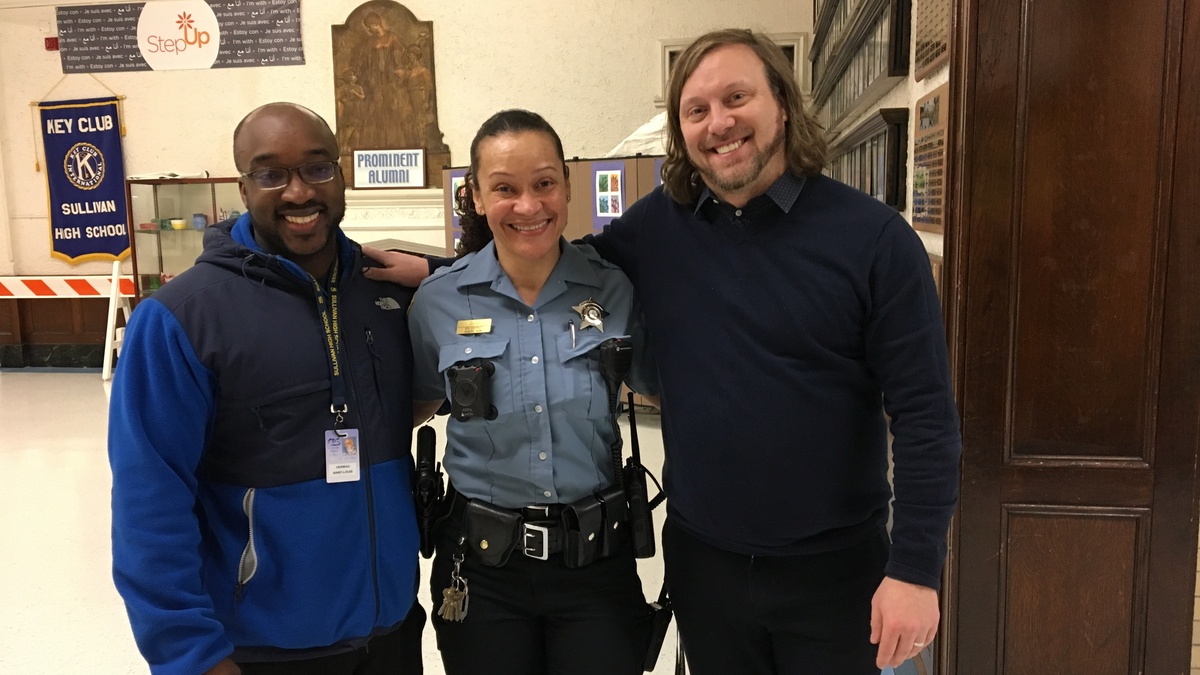 When the bell rings at Chicago's Sullivan High School on the city's far north side, it's a familiar scene. Hundreds of students pour into the hallway heading to their next class. What's also becoming increasingly familiar is the presence of two uniformed police officers in the hallway keeping watch. The school resource officers often chat with the students passing by and Sullivan's principal Chad Adams says the officers provide a higher level of security for the school and much more.

"The thing that's most important for the school and I think any school in this country — especially in the plight of what's happened in Florida — is relationships," says Adams. "These school officers that I am lucky enough to have at my school build relationships with kids."

School-based policing is considered one of the fastest growing areas of law enforcement. After the massacre at Marjory Stoneman Douglas High School in Parkland, Fla., many people — including the President Trump — said there should be school resource officers inside every school.

That's rekindled a debate over the role of police in schools and the affect they have on students and school safety. Advocates believe school resource officers can best handle any threats at schools. Critics say their presence creates unintended consequences like suspensions, expulsions and arrests — especially for students of color.

To be clear, school resource officers (SROs) are sworn police officers and not security guards. It's not a lame assignment or a job for a cop looking for a cushy job before retirement, says Mac Hardy, Operations Director for the National Association of School Resource Officers.

"When I first started, they used to call you kiddie cops but that was a misnomer," says Hardy. "Our job is so vital and important. Every day when you put on your uniform you know there are thousands of parents relying on you to work closely with that school administration and that community to keep that campus safe."

There's no official count but NASRO estimates there are between 14,000 and 20,000 officers in about 30 percent of the country's schools. Those numbers began to grow after the deadly Columbine High School shooting in 1999. But there is no evidence to show that expanding law enforcement by adding SROs actually results in safer schools says Marc Schindler, head of the Justice Policy Institute.

"In fact, the data really shows otherwise — that this is largely a failed approach in devoting a significant amount of resources but not getting the outcome in school safety that we are all looking for."

The school in Parkland, Fla. had a school resource officer on duty during the shooting. The Broward Sheriff said the officer remained outside in a defensive position at the time of the shooting - a response that was roundly criticized and is part of the debate over whether having resource officers make schools safer.

While there are conflicting studies about the effectiveness of police in schools, Schindler says research shows they bring plenty of unintended consequences for students. He says that includes higher rate of suspensions, expulsions and arrests that funnel kids into the criminal justice system. That's especially true, he says, in schools attended predominantly by students of color. 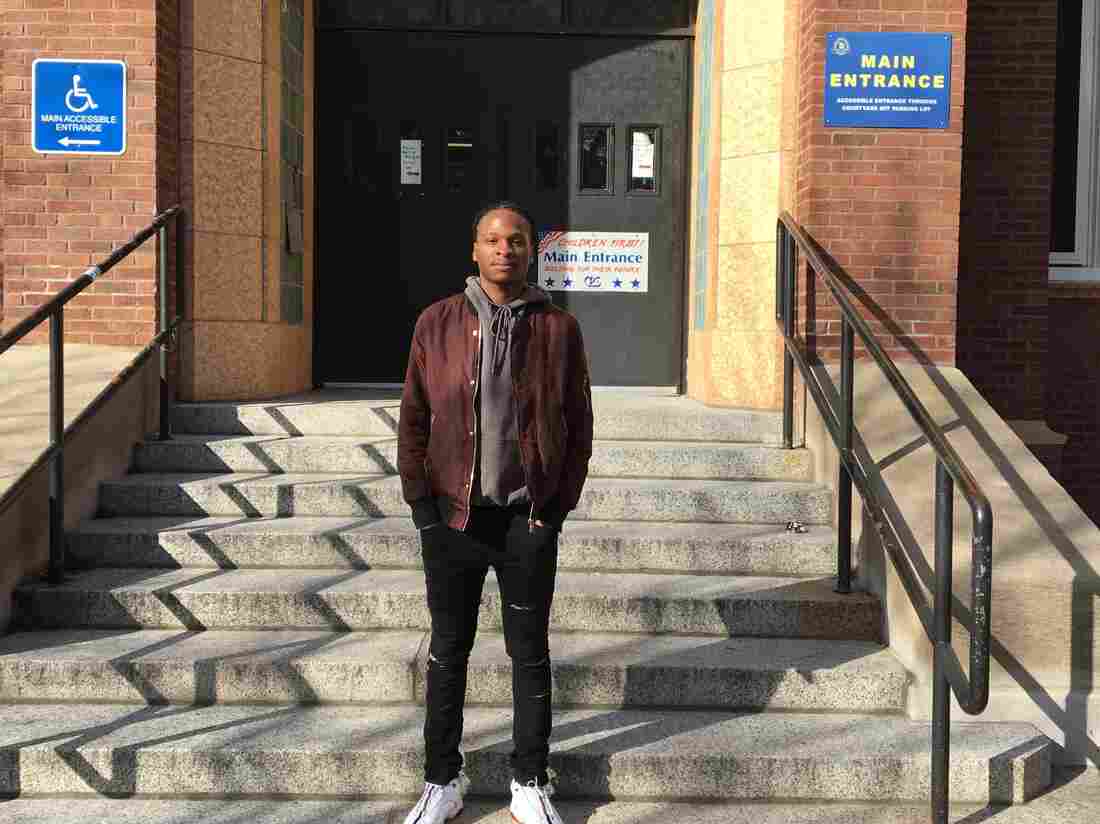 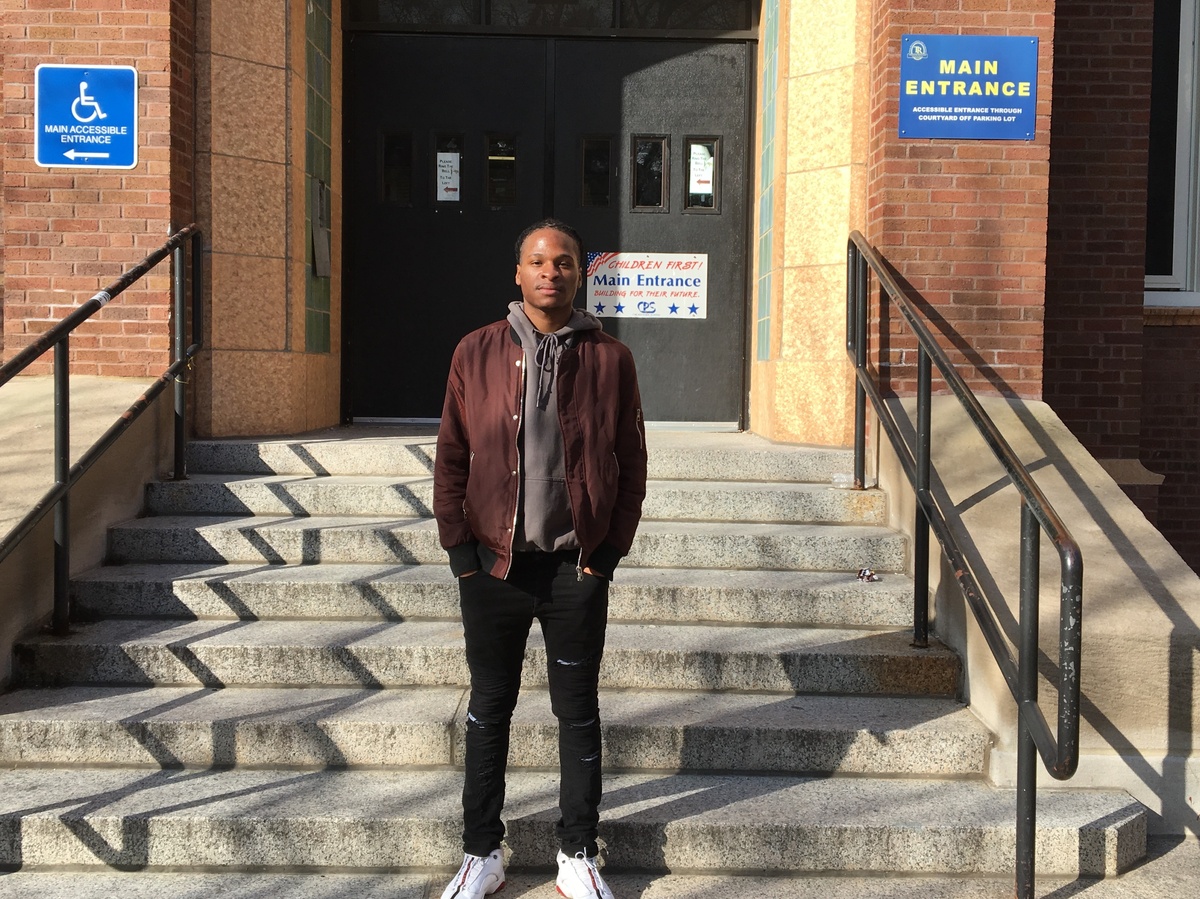 Antonio Magic was arrested four times by school resource officers — once as an 8th grade student and three times at his former high school.

When Amina Henderson, now 20 years old, was a senior at a high school on Chicago's south side she and a fellow student fought. The school had them gather in a peace circle to try to resolve the situation. Henderson says she felt overwhelmed during the discussion and walked away. She says a school security guard pushed her head, told her to sit down and she pushed back. "A couple of police officers came up to my Dean's room and they handcuffed me," says Henderson. "I had my fingerprints taken as well as my mug shots." Henderson was charged with aggravated assault and says that even though the charges were dropped, she's still shaken by the event.

The only time I seen police interacting with students was when students were being arrested.

Outside his old high school, on Chicago's northwest side, 19-year-old Antonio Magic says if SROs are supposed to build relationships with students they often don't do a good job of it. "The only time I seen police interacting with students," says Magic, "was when students were being arrested."

Now a college student, Magic says school resources officers arrested him three times at his old high school — once when he was involved in a fight, again when he talked back to a teacher and after he led a student walkout. "Next thing I'm being slammed up against a table and put in handcuffs," says Magic, "and I was charged with interfering with higher education, resisting arrest and aggravated battery. His sentence was 18 months of supervision. He says he accepted a plea deal after a judge warned he could get a five-year sentence.

Now some activists, including Magic and Henderson with Voices of Youth in Chicago Education, are lobbying for changes that would allow school districts to use some money designated for school resource officers for school psychologists, social workers and other strategies.

The push continues, though, in some communities to increase the number of police officers in schools in the hopes of making those schools safer.