Accessibility links
Top House Intelligence Committee Dem Wants To Talk To Seychelles Meeting Attendees If the meeting was indeed an effort to establish a secret line of communication with the Kremlin, that would be "at odds" with what Erik Prince told the committee previously, Rep. Adam Schiff said. 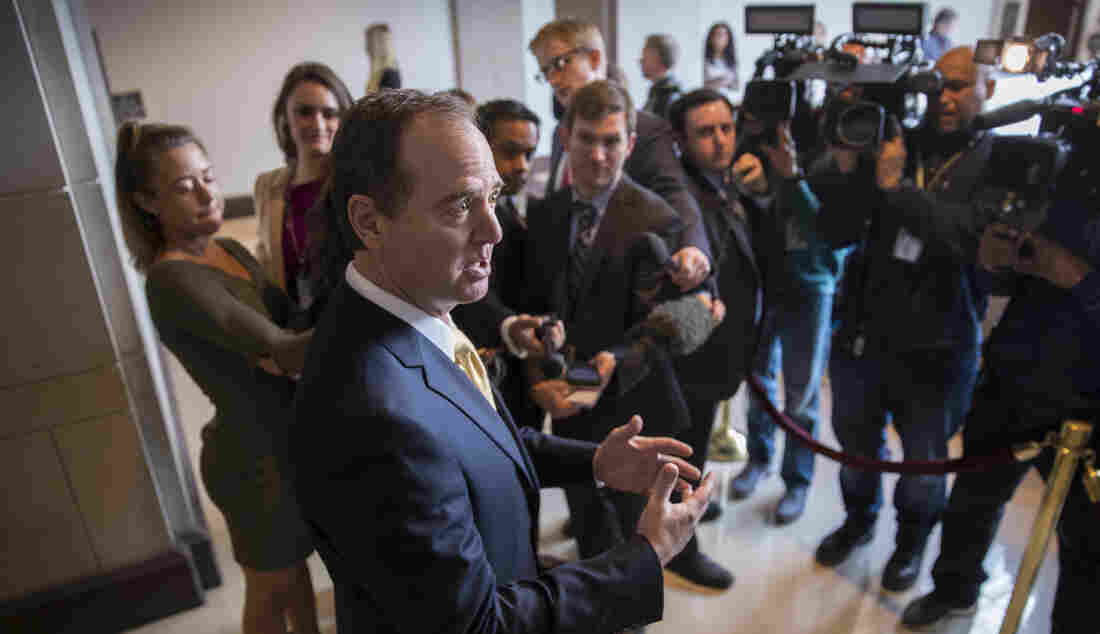 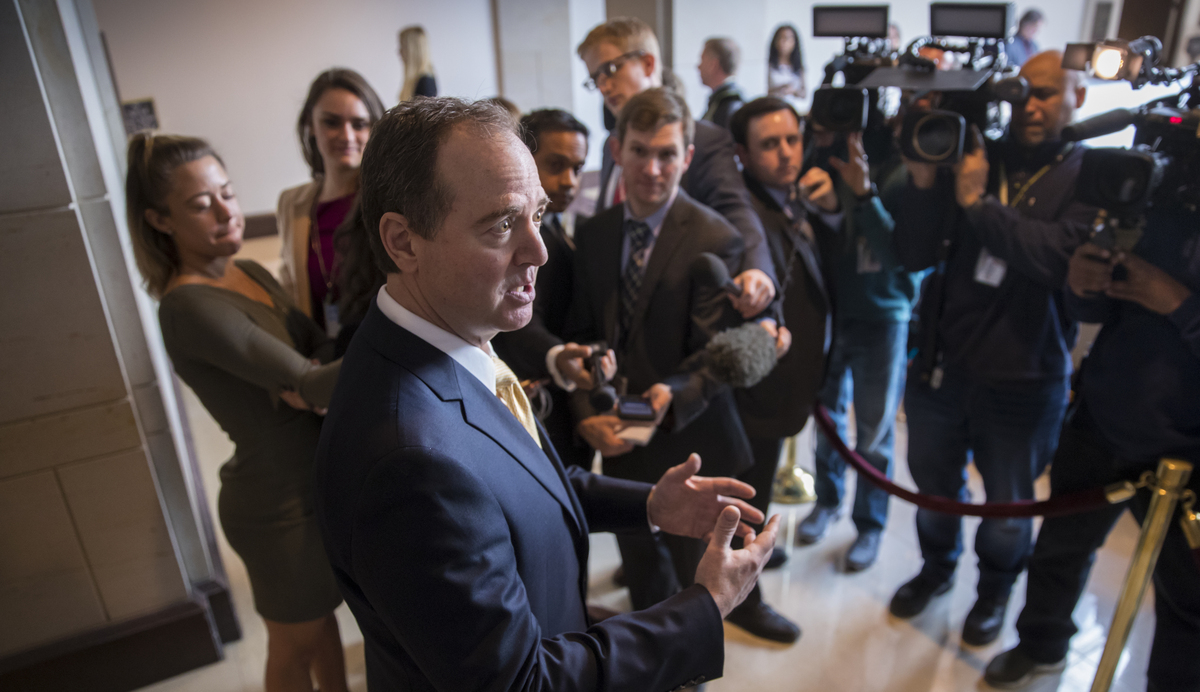 The House intelligence committee should speak with two individuals who attended a secret meeting in the Seychelles with a Russian official in January 2017, the panel's top Democrat said Thursday amid new reports about what transpired during the secret tête-à-tête.

Rep. Adam Schiff, D-Calif., speaking to reporters on Capitol Hill, said he would like to interview George Nader, a Lebanese-American businessman, and Erik Prince, the founder of the private security firm Blackwater. Both men participated in the Seychelles meeting, which has reportedly come under scrutiny by Justice Department special counsel Robert Mueller as part of his Russia investigation.

The Washington Post has reported that Nader is cooperating with the special counsel and has told investigators that the meeting was an attempt to set up a back channel with Moscow. Nader attended the Seychelles gathering on behalf of the United Arab Emirates, where he serves as an adviser to the royal family.

If the meeting was indeed an effort to establish a secret line of communication with the Kremlin, that would be "at odds" with what Prince told the House intelligence committee in November, Schiff said.

Prince told lawmakers that the meeting was by chance and lasted only around 30 minutes. He also said he was not there as a representative of the Trump campaign.

"I don't know whether the public reports of what Nader is saying are accurate, but if they are, there's clearly a significant discrepancy between that version and what we heard in Erik Prince's testimony," Schiff said. "Which is accurate? I don't know, and we should find out. But clearly both can't be true."

Schiff said he would like the committee to speak with Nader and Prince "so that we can determine which account is accurate." He acknowledges the panel would need Mueller's permission to talk to Nader since he is a cooperating witness in the DOJ investigation.

Prince, on the other hand, would have to return to the committee for a second interview. Schiff said the committee is still waiting for Prince, who is the brother of Education Secretary Betsy DeVos, to provide documents that the panel requested from him.

The Seychelles meeting would not be the only reported effort by Trump associates to set up a secret line of communication with Russia. Jared Kushner, the president's son-in-law and senior adviser, also reportedly tried to establish a back channel with Moscow out of the Russian Embassy in Washington, D.C.

Schiff's push for new witnesses comes amid hints the committee could be winding down its investigation into Russian interference in the 2016 presidential election.

The panel interviewed former Trump campaign manager Corey Lewandowski on Thursday behind closed doors. He answered many of the committee's questions, Schiff said, but would not discuss several issues, including conversations about dumping FBI Director James Comey or potentially firing Mueller.

Lewandowski's attorneys objected that those lines of questioning weren't relevant, in their view. Democrats on the committee would like to subpoena Lewandowski to compel him to answer those and perhaps other questions — a request, Schiff said, that the panel's Republicans are considering.

Lewandowski, who was fired from the campaign in June 2016, is the last individual the committee is known to currently have scheduled for an interview.

One lawyer familiar with the committee's work told NPR the panel's investigation will conclude with Lewandowski's interview.

Several Republican committee members have said publicly that they hope to close the probe soon. Democrats, meanwhile, accuse Republicans of trying to stifle the investigation to protect the president.

Speaking after Lewandowski's interview concluded, Schiff said there are still, in addition to Nader and Prince, several witnesses that the committee hasn't spoken with yet, including senior White House adviser Stephen Miller.

Schiff also says there are "large categories of documents" that need to be subpoenaed, including Roger Stone's communications, as well as Donald Trump Jr.'s communications with WikiLeaks.

There are, Schiff said, "any number of steps that any credible investigator would say need to be done and we still hope that they will be."