Accessibility links
StoryCorps: Navigating Work-Life Balance Thousands Of Miles From Home Zoe Courville and Lora Koenig, colleagues and fellow climate scientists, spend weeks at a time away from their families doing research. At StoryCorps, they talk about their struggles as working moms. 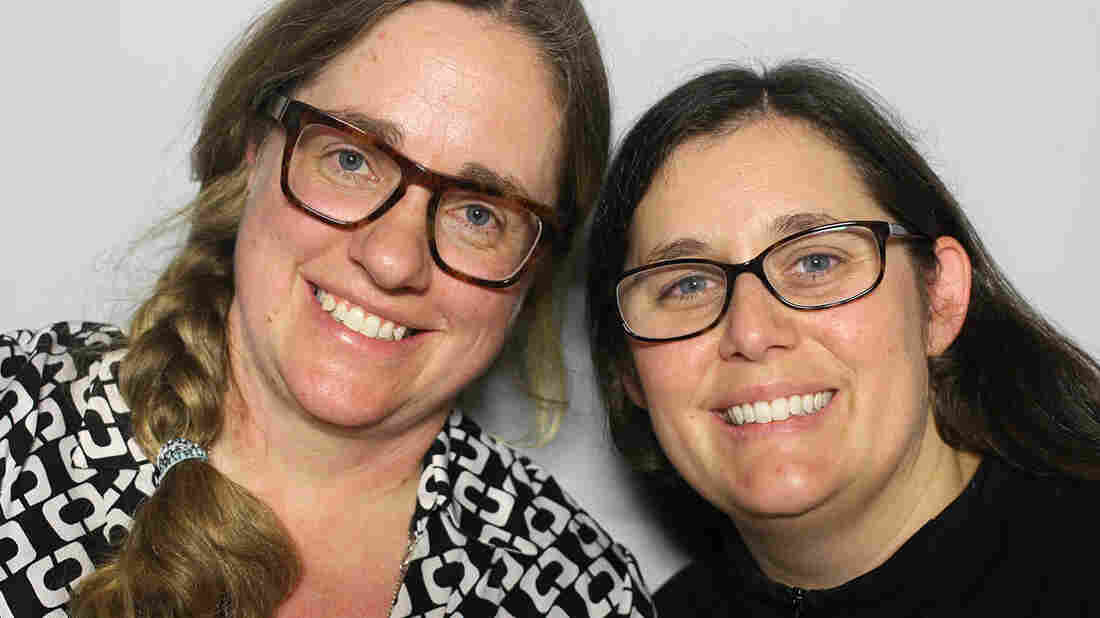 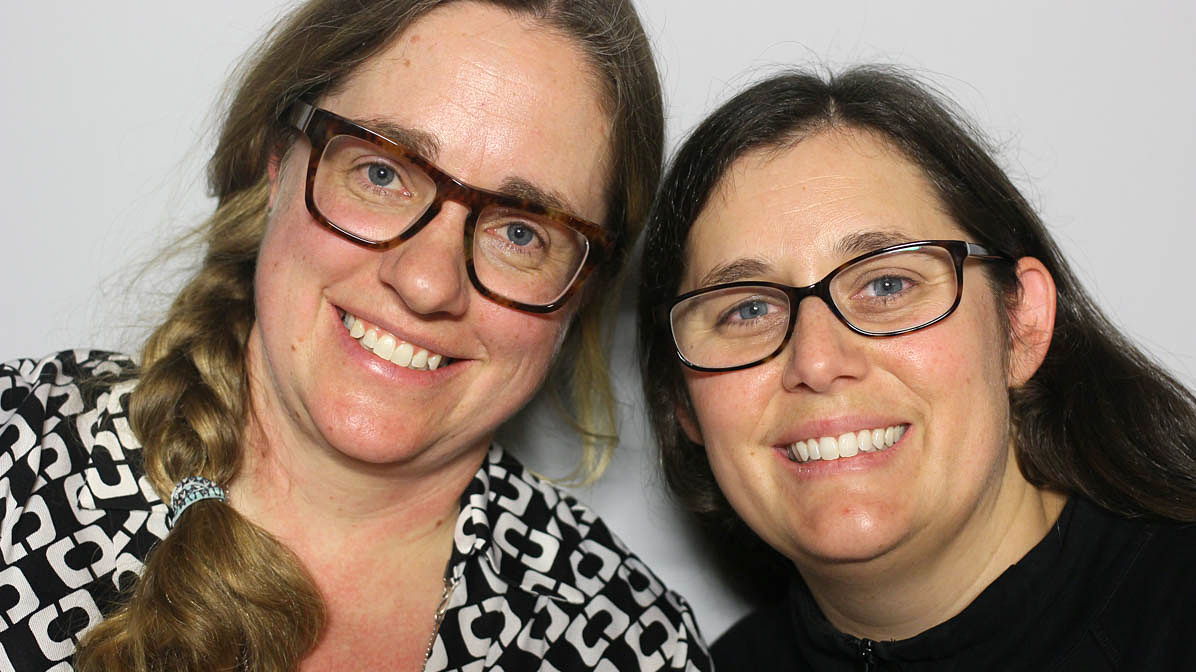 Zoe Courville (left) and Lora Koenig at their StoryCorps interview in December 2017.

Climate scientists Zoe Courville, 42, and Lora Koenig, 40, met more than a decade ago in the middle of the Greenland ice sheet where they were colleagues — before either of them had kids.

The working moms are often away from home for weeks at a time studying the impacts of climate change in remote areas of the world. It was especially hard at first to be thousands of miles away from their families, the researchers say in a StoryCorps conversation.

Koenig had her first son in 2010, the same year she got a grant to go to Antarctica. 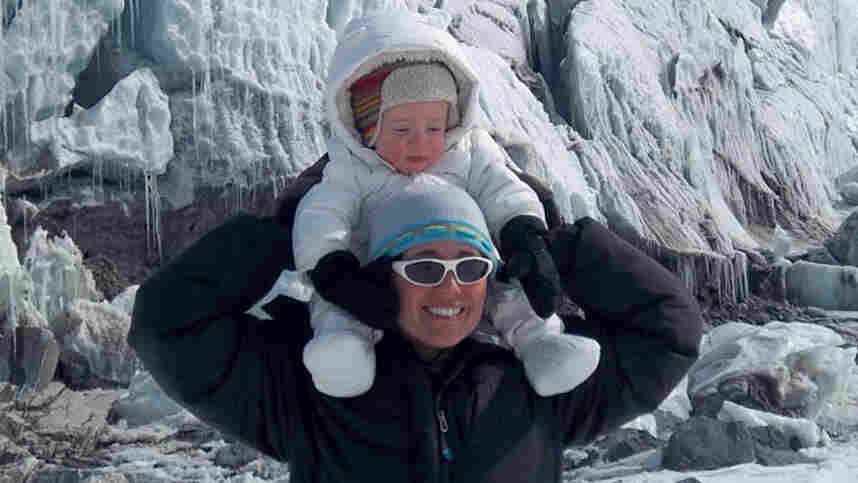 Lora Koenig with her son in the field at Russell Glacier in Greenland in 2011. Courtesy of Marilyn Koenig hide caption 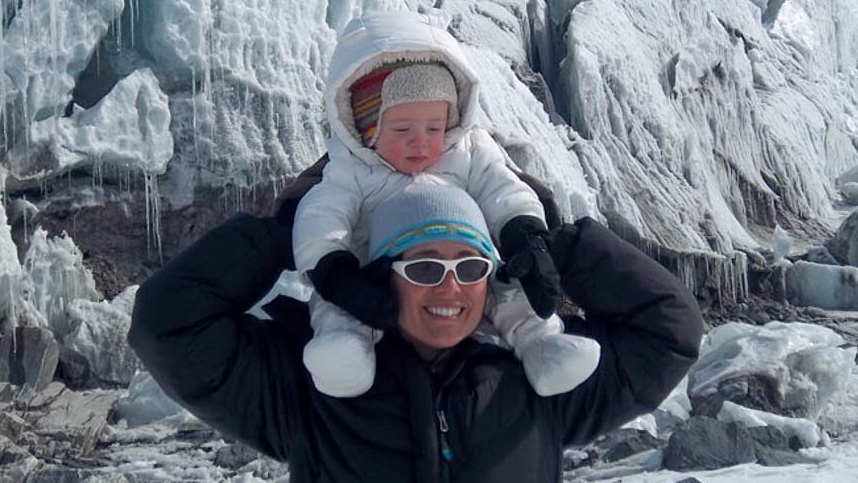 Lora Koenig with her son in the field at Russell Glacier in Greenland in 2011.

"I went to the field, I cried the whole plane ride when I left and I missed his first Christmas, but when I got back, he snuggled right in," Koenig says.

Courville had her son in 2011. "So you were the pioneer," she tells Koenig, "and I had to ask you a lot of questions. The biggest question I had was if your son remembered you when you came back after being gone."

Koenig remembers that she thought she didn't have good advice for Courville. "We're scientists. We want data, and we don't have that," she says.

"When I did get back home, my son didn't recognize me. He sort of recoiled when I went to go have my imagined moment of us running into each other's arms," Courville says. "You know, I wondered if I had done the right thing."

Courville says she still struggles with a remark — unsolicited — from a fellow scientist. 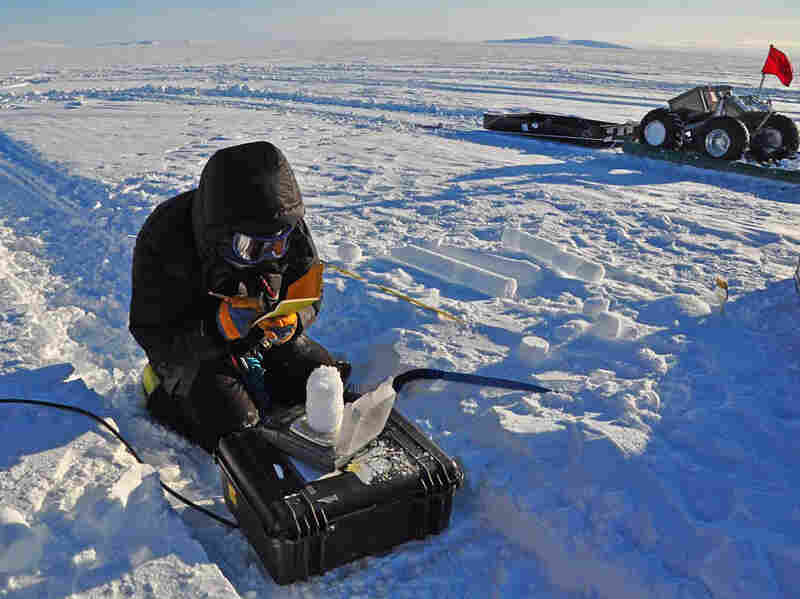 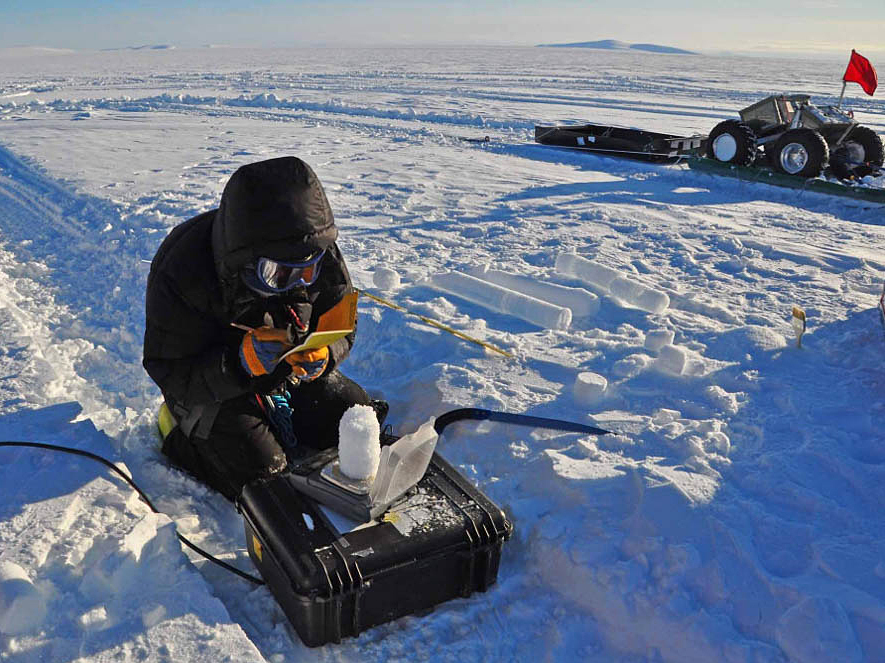 "He said to me, 'You know, I was in the field a lot and I was always grateful that my wife stayed home with the kids because kids need their mothers,' " Courville says. "He very pointedly wanted to let me know he thought that was important, but, kids also need their fathers and you don't hear that a lot."

Koenig says she thinks she's a better scientist because she's a mother — "because I work harder in the field. If I'm away from my children, there's an extra weight that I have to do even better," she says.

Recently, Courville wanted to go on a work trip to the South Pole. "The way I had phrased it to my husband was, 'You know, honey, they might need someone to go to the South Pole to drill some ice cores,' " she says. "And my son actually piped up and said 'Mommy, you can do that.'

"And so, there was a moment where I felt like things would be OK, that my son actually understands what I do is important and is kind of proud of me," she says.

2 Vets Celebrate Love: 'If You Came To See The Bride, You're Out Of Luck'