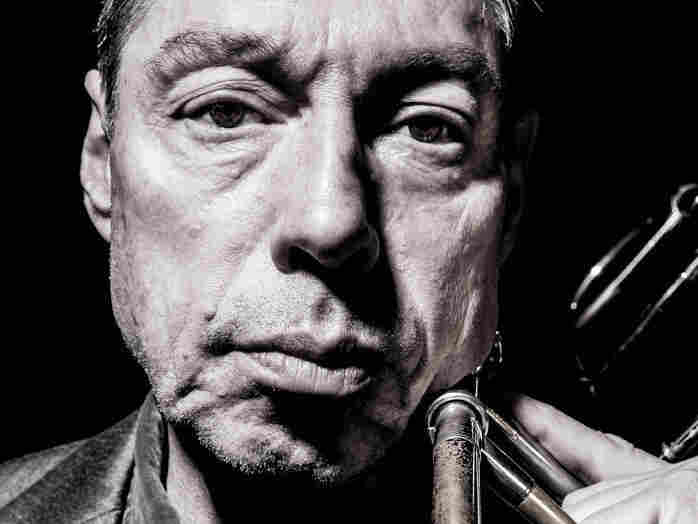 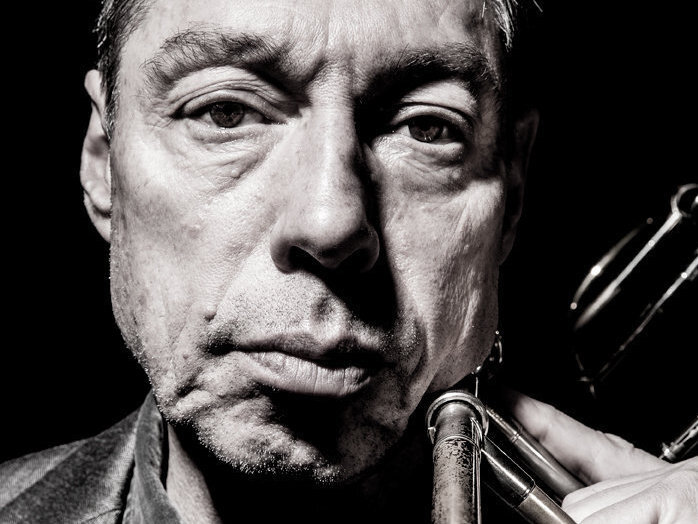 Kristopher Johnson/Courtesy of the artist

File this one under: "when genre walls collapse, the fusions are wonderful." Among the sidenotes to dance-music archivists' interest in the minimalist sounds of New York's 1970s and '80s downtown cult figures such as Arthur Russell and Julius Eastman, is how it's brought the work of their colleagues, contemporaries and collaborators to light.

The trombonist Peter Zummo is a downtown mainstay, once a student of both John Cage and Roswell Rudd, and a regular at the performance-art space The Kitchen, whose music naturally fit the era's creative borderless-ness, falling naturally between classical composition, jazz improvisation, and minimalist repetition. That milieu also aligned Zummo with the world of modern dance; and among his solo successes was music for choreographer Trisha Brown's 1985 piece, Lateral Pass.

Zummo's new album, Frame Loop, consists of recordings from an August 1984 rehearsal of music that was part of — and adjacent to — composing for Brown. Zummo says that at the time he was in the habit of notating phrases he came up with as part of daily practice, "like an artist's sketches," he tells NPR.

"I'd keep these ideas, basically a list of melodic and rhythmic fragments," he continues. "In this case, I was using a style I called 'excessive variation,' where the line would be in my head, I'd play it again, but it would turn out that I'd play it in a different key, so I'd keep it, write it down, or change a few notes. These recordings, it seems to me, to have been a research project: we needed to rehearse, we needed to develop the music, and I needed to hear the ensemble I was putting together."

That is the back story of how an unwieldy (non-) title like "Song II: Left; On The Beat—Variations," can contain a gorgeous and loose piece of music, consisting of improvisations on a nine-note theme, one that creates a direct connection between the world of art galleries and performance lofts, and the sounds of modern clubs. (Minus the machines.) The music's base is formed from Ahmed's rolling percussion, as well as Russell and Ruyle's drilling of the notated phrase like an earworm. Just try escaping it. Meanwhile, Zummo's trombone floats around. At times, he joins the group; at others, he finds single notes that provide a harmonic variant or an atonal counterpoint; at still others, he plays simple, related, imminently hummable phrases. This is a rehearsal, after all. Each instrument regularly descends into silence for a measure — momentarily erased, as on a dub-master's mixing board — only to return as rhythmic punctuation.

The spirit is loose and free, a positivist, open-armed groove. And, contrary to the widely accepted criticism about the difficulty of contemporary classical music, its beauty is in the simple delicacy of its ideas.

Frame Loop is out now on Foom Records.