Accessibility links
Gun Owners Grapple With Shifting Conversations Around Firearms This week on The Call-In, NPR's Renee Montagne talks with three gun owners who've been thinking a lot about the role guns play in American life. 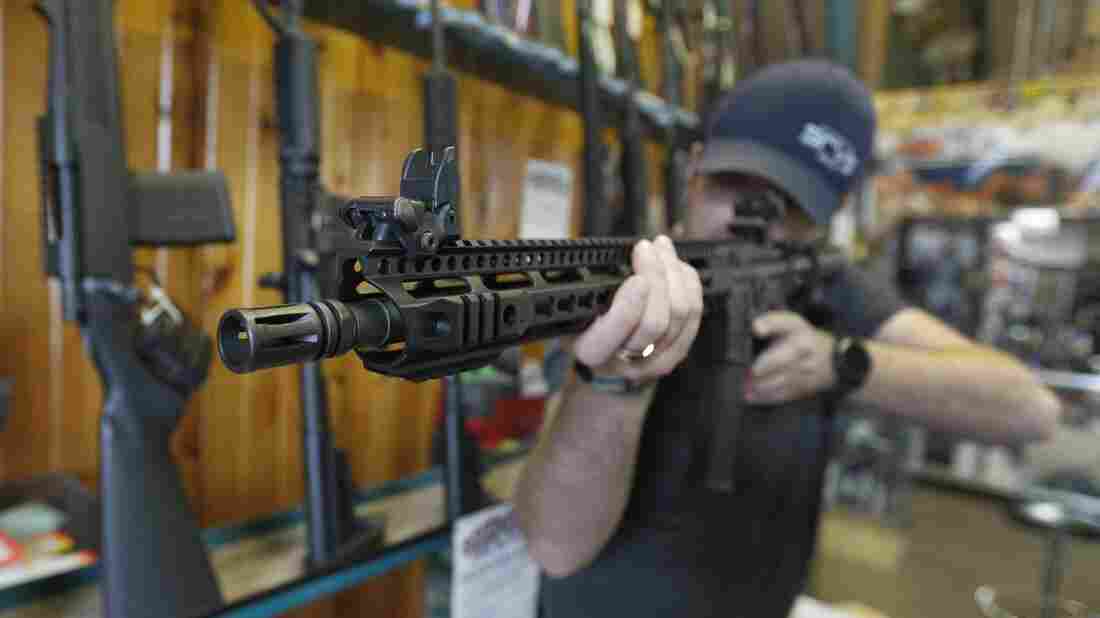 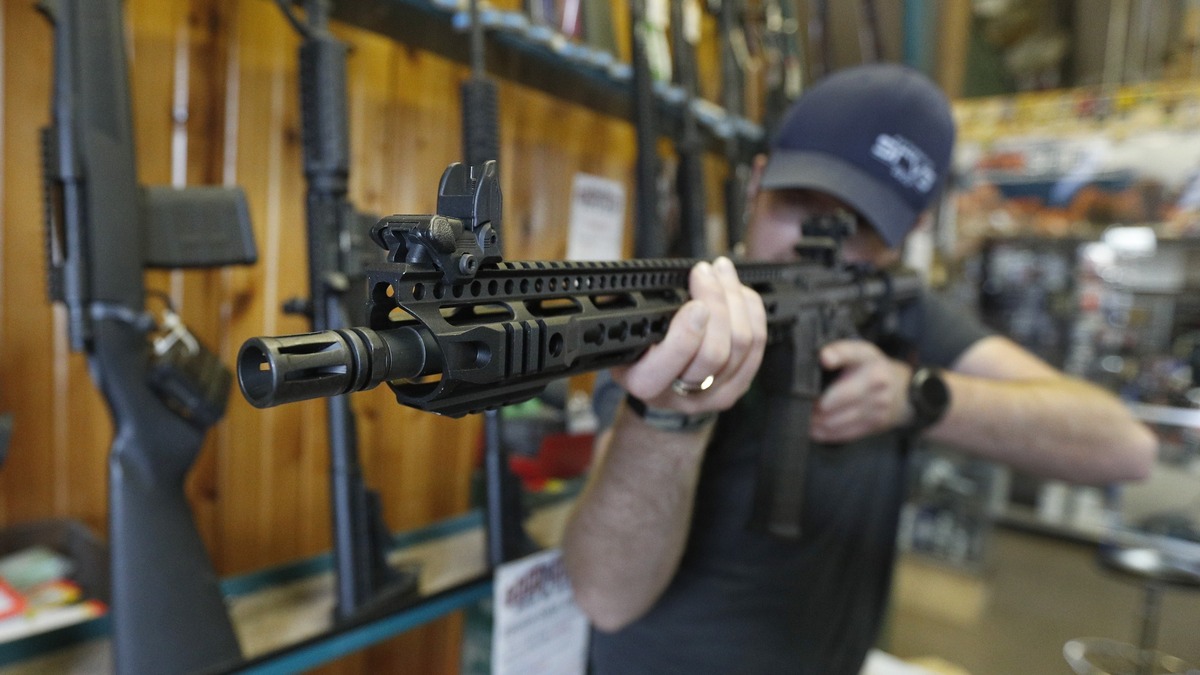 There are roughly 300 million guns in America today. Gun owners have been thinking deeply about the role of firearms in American life.

These past few days saw changes to our gun regulations on both the national and the local level after an emotional couple of weeks following the mass shooting at a Florida high school.

In Florida, Gov. Rick Scott signed a package of new gun regulations into law. They include age limits and a new three-day waiting period on certain kinds of powerful guns. Nationally, the Department of Justice began the process to ban bump stocks, as well, submitting that legislation Saturday morning.

With roughly 300 million guns in America today, many gun owners have been thinking deeply about the role of firearms in American life.

NPR's Renee Montagne spoke to a few listeners about how the shifting conversation around guns has affected how they view their own firearms.

"We're not able to have an evidence-informed debate because, effectively, the Centers for Disease Control and the National Institute of Health are not allowed to study the issue," Elis, a listener from a small town in Rio Arriba County, N.M., says. Elis is a gun owner, but has not joined the NRA.

"I was very much against guns," she told NPR, "but I live rurally where hunting guns and guns to protect yourself are pretty commonplace."

"The county I live in is the size of Connecticut. At any given time, we only have two sheriff deputies patrolling the entire county. And my life was being threatened by a violent stalker. And I got really clear really fast ... I couldn't count on the police. I don't have close neighbors. And I got very comfortable with using my gun."

Elis owns small .38, which she says she took a lot of time getting comfortable with shooting on public lands. She says the rural-urban divide might prevent people from understanding why she owns a gun.

"I think if someone understood the circumstances I live in, the reality, they would understand that my thinking about guns really had to change by that life experience and will forever remain changed," she says.

JT, a listener from Terre Haute, Ind., understands Elis' circumstances very well. He has viewed gun ownership differently since 2012, when two people tried to break into his home.

"And it escalated pretty quickly," he says. "And I realized at that moment that I was going to have to take care of myself."

He owned a single-shot break action hunting shotgun at the time, but kept it stored in his basement.

"And to think if they would've gotten through the door that I could've shot one, reloaded and then shot another one if they're trying to do me harm really went against every bit of training I ever had," he says. "So I did move to a semiautomatic firearm after that."

JT says he became a member of the NRA after the shooting in Parkland, Fla. Joining the organization is the "most effective way for me to combat" soft bans on certain types of firearms, he says.

"They're not going to take them away, but they are going to deny their ownership to our kids and grandkids," JT says. "You know, when you've got big, big money coming out from foundations and donors to advocate for those soft bans, the NRA counters that. And though I don't agree with every piece of their message, they are effective at doing that. And I do think that that's very important that I participate in that."

Midwestern listener Scott disagrees. Scott was "born and raised essentially around firearms," he says. He grew up participating in shooting sports, hunted, trapped fish, and spent eight years in the military. He was a lifelong NRA member. But, after the Parkland shooting he says he left the NRA.

"You know, as more and more mass shootings happened, the political rhetoric from the NRA really started to change," he says. "You know, when I was younger, the organization seemed to be primarily focused on gun safety and hunters' rights. And they did themselves promote safe gun regulation and sensible, in my opinion, gun regulations. But as time went on, they changed, in my opinion."

Scott says he is glad that there are efforts to pass gun regulation on a local level, but would like to see that done on a national level, with gun laws "that are consistent from state to state, from county to county."

"I'm a concealed carry holder in multiple states, and the laws are different everywhere you go," he says. "So I would like to see sensible regulation. I would like to see consistent laws across the country versus the patchwork quilt of laws that we have now."

In a previous version of this story, gun owner Elis' name was misspelled as Ellis.