Accessibility links
Stormy Daniels Offers To Pay Back 'Hush Money' To Speak About Alleged Trump Affair The adult film actress says she had an affair with Trump in 2006 and signed a nondisclosure agreement on the eve of the 2016 election. President Trump's personal lawyers have until Tuesday to respond. 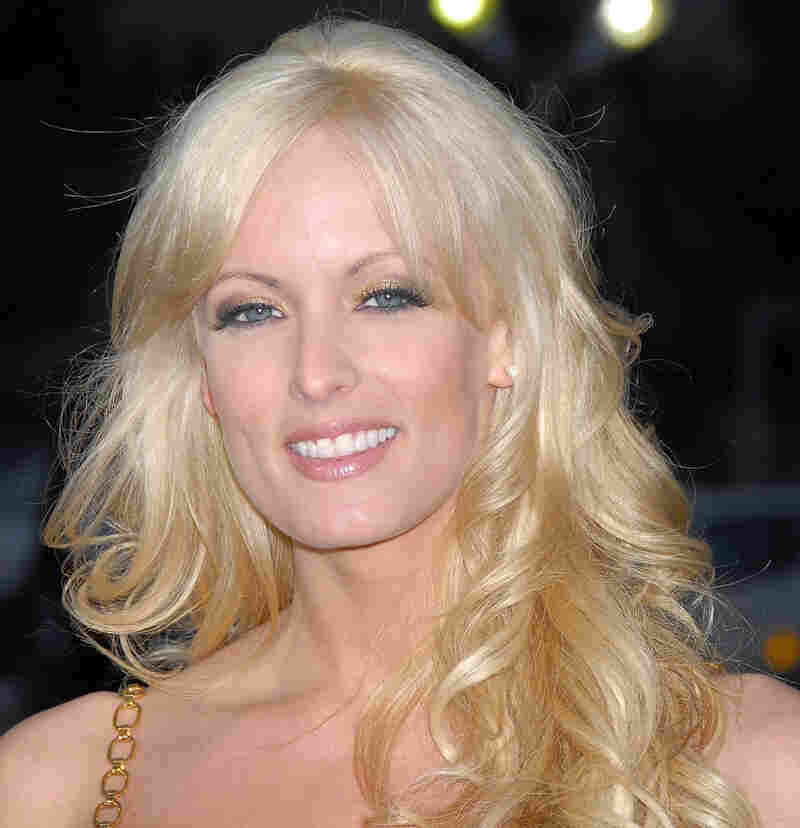 Actress Stormy Daniels, whose legal name is Stephanie Clifford, is offering to return what she calls "hush money" to President Trump in exchange for the right to speak freely about their alleged affair. Charley Gallay/Getty Images hide caption 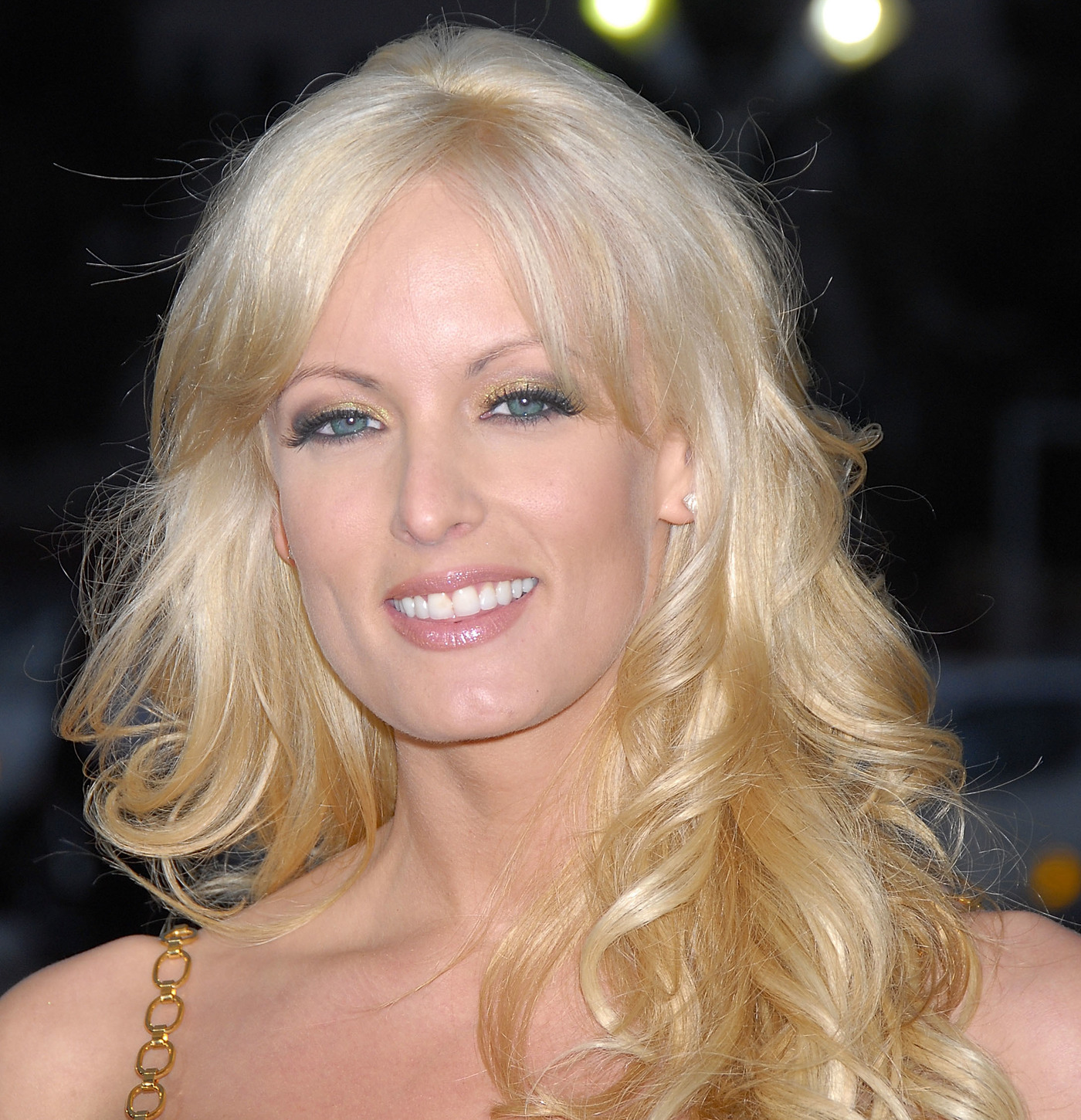 Actress Stormy Daniels, whose legal name is Stephanie Clifford, is offering to return what she calls "hush money" to President Trump in exchange for the right to speak freely about their alleged affair.

Stormy Daniels, the adult film actress and director who alleges she had a sexual relationship with President Trump more than a decade ago and was paid $130,000 not to talk about it, is offering to give the money back to speak freely.

In a letter, her attorney, Michael Avenatti, says Daniels "will pay $130,000 to President Trump by wire transfer, to an account designated by the president" by this Friday. Trump has never admitted knowledge of the payment to Daniels, which was made by his longtime lawyer and fixer Michael Cohen in the waning days of the 2016 presidential campaign.

Trump, through Cohen and press secretary Sarah Huckabee Sanders, has denied that there was an affair, which by Daniels' telling took place in 2006 and 2007 when Trump was married and his son Barron was a baby.

"They should accept this proposal. It's more than fair," said Avenatti in an interview with NPR. "She'll return the money and she'll be free to speak, and in turn the president can provide his version of events and we can allow the American people to decide who's telling the truth and who's not."

Daniels, whose legal name is Stephanie Clifford, is currently bound by a nondisclosure and nondisparagement agreement signed in October 2016. Her lawyer's letter says she wants out of it to be able to "(a) speak openly and freely about her prior relationship with the President and the attempts to silence her and (b) use and publish any text messages, photos and/or videos relating to the President that she may have in her possession, all without fear of retribution and/or legal liability for damages."

Avenatti says neither Cohen nor his lawyer has yet responded to the letter. And Cohen and his attorney Larry Rosen have not responded to a request for comment from NPR. It's hard to believe they will accept the offer given the lengths to which Cohen and his legal team have gone to prevent Daniels from talking, including securing a temporary restraining order in arbitration last month.

"At some point they need to stop the bleeding, I would think," Avenatti said when pressed on why an attorney associated with Trump would accept the offer. "Our entire democracy is built around the notion of free speech, competing ideas, competing debate and this situation should be no different."

Though, nondisclosure agreements are built on the idea of ensuring silence.

Last week Daniels sat for an interview with 60 Minutes, which is set to air at a future date.

BuzzFeed News is reporting that lawyers associated with Trump are considering legal action to prevent the interview from airing. In the letter to Cohen and his lawyer, Avenatti also asks that in exchange for returning the $130,000 neither Cohen nor the president "shall take action, legal or otherwise, aimed at preventing Ms. Clifford's recent interview with Anderson Cooper of 60 Minutes from airing publicly."

The agreement Daniels signed in October 2016 says that if an arbitrator determines that there has been a breach, she will be obligated to pay $1 million for each breach. Asked if his client was willing to accept the $1 million penalty to have the 60 Minutes interview air if Cohen doesn't agree to her offer, Avenatti said, "I'm not going to comment on that."

"Emerging details appear to directly link President Trump to the hush money payments to the adult film star expanding the list of apparent violations," said Common Cause Vice President Paul S. Ryan in a statement. "If the allegations prove true it is hard to argue credibly that hush money payments to cover up an affair between a presidential candidate and an adult film star, weeks before the election, were not intended to influence that election. Hush money may be commonplace in some businesses, but when it is spent to influence a federal election it must be disclosed — without exception."

Cohen and his attorney did not respond to a request for comment on these new filings either.