Accessibility links
Democrat Conor Lamb Appears To Have Won Pennsylvania Special Election. Here's What It Means Lamb appears to have an insurmountable lead over Republican Rick Saccone, a big turnaround from President Trump's 20-point victory in 2016. It has Republicans worried about a possible Democratic wave. 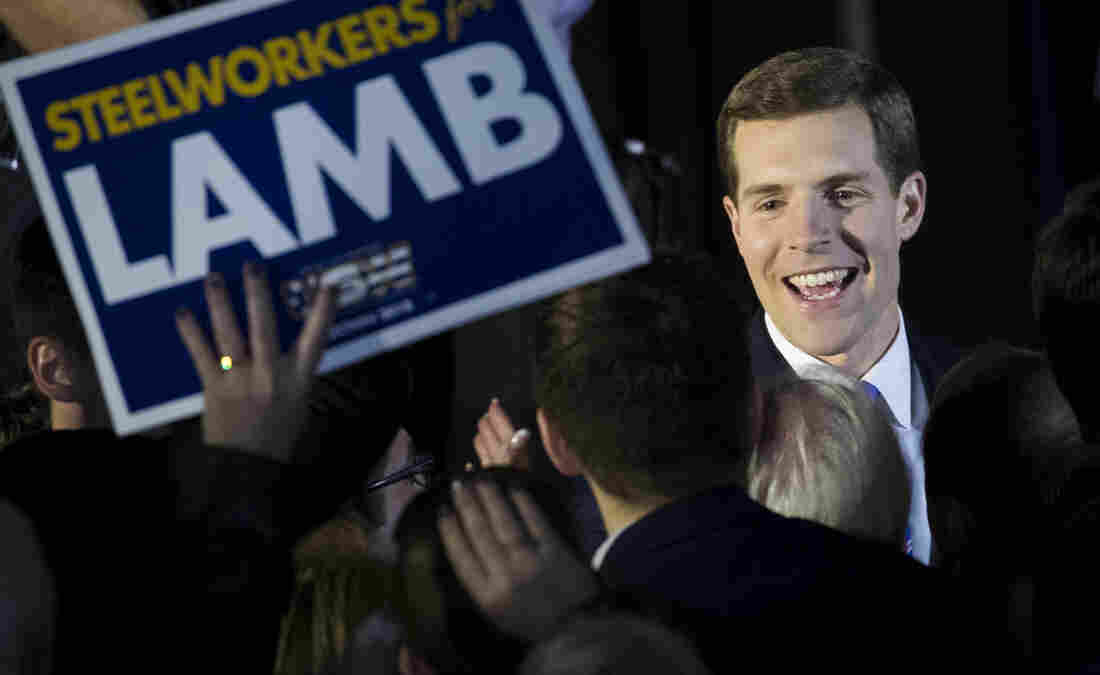 Democrat Conor Lamb appears to have won the special election in Pennsylvania's 18th Congressional District, based on a review of the vote by public radio station WESA. Drew Angerer/Getty Images hide caption 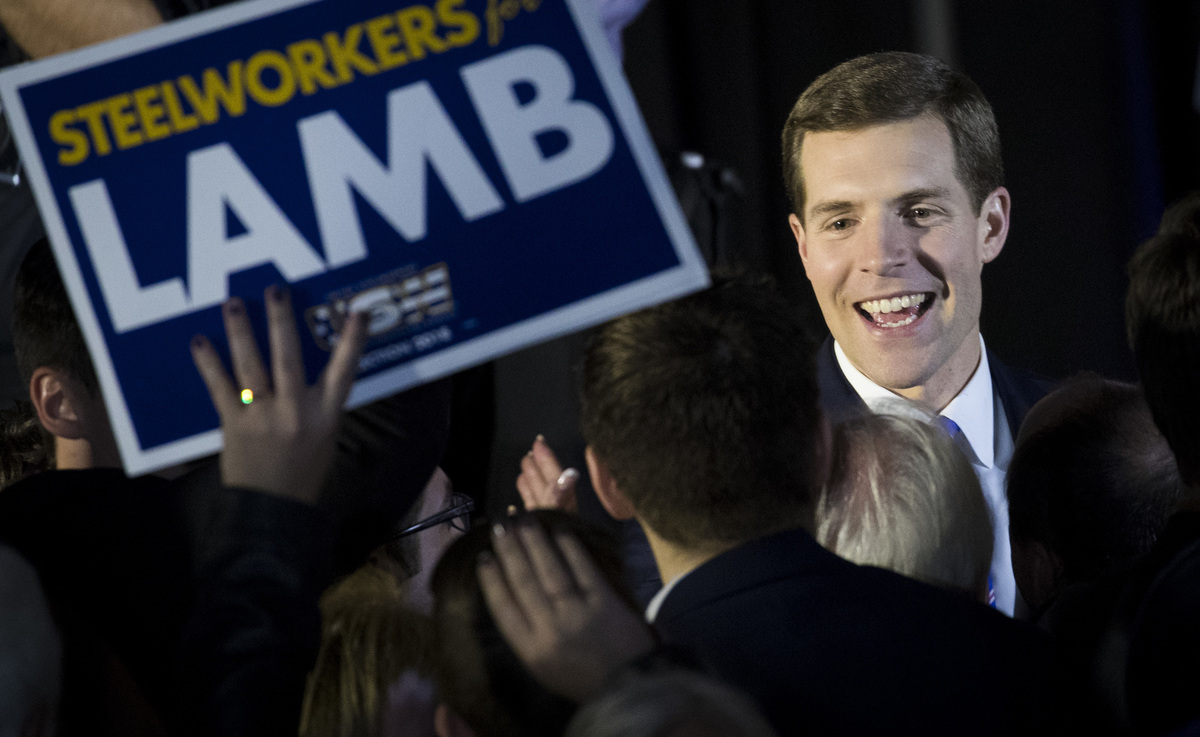 Democrat Conor Lamb appears to have won the special election in Pennsylvania's 18th Congressional District, based on a review of the vote by public radio station WESA.

Democrat Conor Lamb appears to have won the special election in Pennsylvania's 18th Congressional District, defeating Republican Rick Saccone in an upset for President Trump and congressional Republicans, based on a review of the vote by member station WESA and barring a recount.

That a Democrat is even close in this Western Pennsylvania congressional district can mean only one thing — bad news for Republicans in this midterm year.

Who Is Conor Lamb, Apparent Winner Of Pennsylvania Special Election?

"We should be able to elect a box of hammers in this district," veteran Republican strategist Mike Murphy told the Washington Post's Robert Costa. "If we're losing here, you can bet there is a Democratic wave coming."

Why the alarm bells?

Consider: Not only is this a district President Trump won by about 20 points in November 2016, as plenty have pointed out, but there are 118 Republicans sitting in seats Trump won by less than the 18th Congressional District in Pennsylvania. Democrats need to flip a net of 24 seats to take back control of the House.

It's important to not overread the results of any special election, but the result — no matter which way it goes in the end — raises questions about the Trump coalition and how much it transfers to the Republican Party broadly; the GOP's messaging on everything from continuing to use House Minority Leader Nancy Pelosi as a cudgel to the tax bill; and whether Republicans can hold off a Democratic wave given that this result was yet another example of Democrats' holding on to the enthusiasm advantage.

Where the race goes from here

Member station WESA has reviewed current vote counts from all of the individual counties in the district. That count shows Lamb with a lead of 627 votes. Between provisional ballots, absentee ballots and military/residents overseas ballots still outstanding, there are only 618 votes left to count based on the latest numbers. That gives Lamb an insurmountable lead.

This is barring the potential for a protest recount, which would be based on evidence of voter fraud or errors in counting. Pennsylvania law does not provide for an automatic recount in congressional races.

There is no timeline for certification of the race at this point, according to the Pennsylvania secretary of state's office.

A recount is an outside possibility at this point. One would be triggered if three people in each precinct come forward with evidence of voter fraud or counting errors. Loosely, they have until the middle of next week to do that.

White, working-class voters were key to Trump's presidential victory — and there are plenty of them in this district.

Trump won whites with some or no college education by 39 points, a wider margin than any candidate since at least 1980.

There are no exit polls to know for sure how this group voted Tuesday, but Lamb made clear appeals to them — and it would be impossible to make up a 20-point gap without at least some crossover. In fact, dozens of precincts went more Democratic than in the 2016 election.

Lamb also benefited from Saccone's history of supporting "right to work" legislation in the state Legislature. The district has a sizable number of union households that might have been willing to support a different Republican candidate, but unions and the Lamb campaign were able to define Saccone as anti-union.

Also, turnout was pretty high, especially for a special election in March. It was so high, in fact, more people voted than in the gubernatorial general election during the last midterm in 2014. 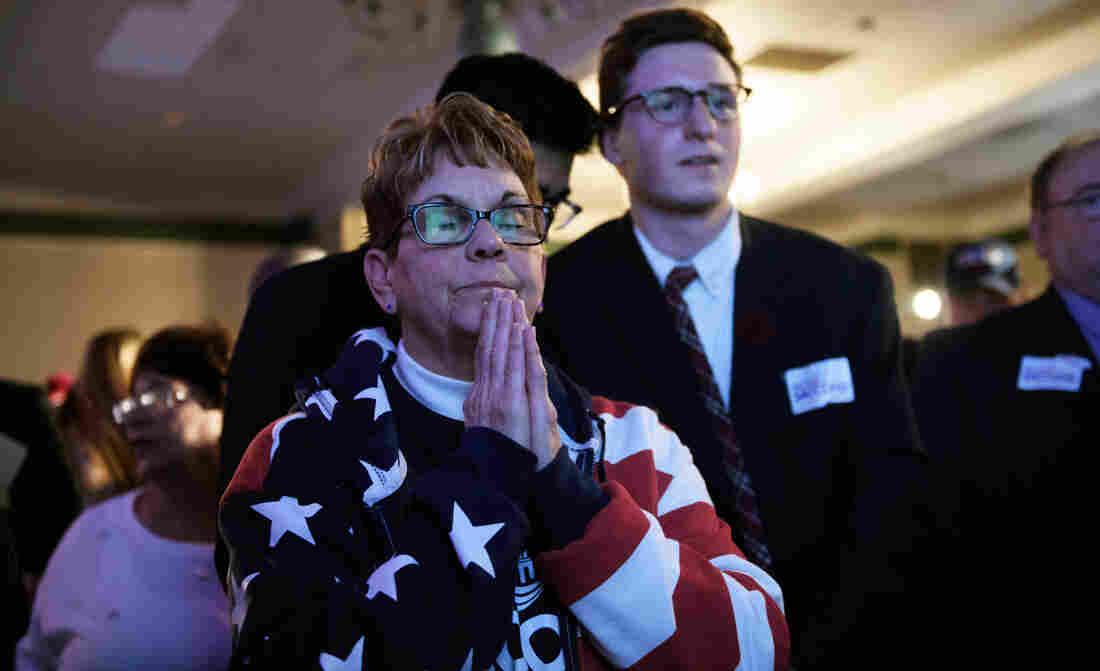 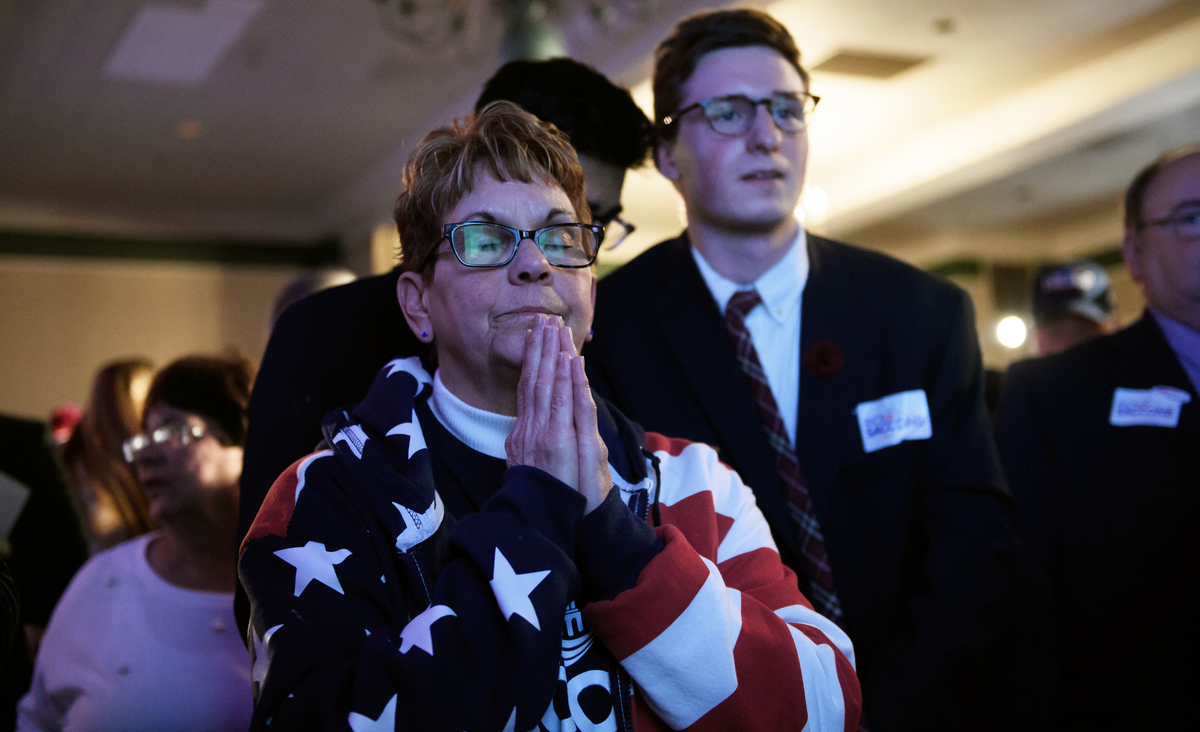 What's more, the approximately 228,000 people who went to the polls were 78 percent of the approximately 294,000 cast for Republican Rep. Tim Murphy. Murphy ran unopposed in 2016 but resigned last October amid a sex scandal, which set this special election in motion.

Republicans spent some $10 million to try to hold this district (that won't even exist in nine months because of the maps' being redrawn by the state Supreme Court) and turn out their voters. But despite the relatively high turnout, Saccone got only about 113,000 votes (the same as Lamb) — less than 40 percent of Murphy's total in 2016.

Trump made an eleventh-hour visit this past weekend to try to help Saccone over the line.

But that does not appear to have been enough.

The Pelosi factor and the tax bill messaging

Does this win for Democrats mean they will start to abandon Pelosi? It very well might, but it depends on the district. A couple of things to look at:

To which Ryan had this to say: "This is something that you're not going to see repeated, because they [Democrats] didn't have a primary. They were able to pick a candidate who could run as a conservative, who ran against the minority leader, who ran on a conservative agenda. You will have primaries in all these other races, and the primaries bring them to the left. So I just don't think this is something they're going to be able to see a repeat of."

But it provides a road map for Democrats in these very kinds of districts if they want to win. That has to be worrying for Republicans.

It also does raise the question of what Democrats do about Pelosi. If they win the House back in large measure by running against Pelosi, can they really then turn around and re-elect her speaker this fall? And there's the question of whether enough Democratic candidates will vow not to support her for speaker that she can't get elected.

The suburbs and making inroads in rural areas

Fifty-two percent of Lamb's vote came from the suburban precincts in Allegheny County outside Pittsburgh.

If Democrats are going to win back the House, their road goes through the suburbs. Nationally, in 2016, Trump won the suburbs with 49 percent. In 2012, Mitt Romney got 50 percent in them. So that's key.

Lamb won only a handful of precincts in the other three more rural counties in this district, but dozens of precincts went more Democratic than in the 2016 presidential election for Trump.

In other words, Lamb was able to cut into Republican margins — and when every vote counts, as in a race like this, it can make all the difference.