Accessibility links
Who Is Conor Lamb, Apparent Winner Of The Pennsylvania Special Election? Lamb appears to have an insurmountable lead over Republican Rick Saccone in the 18th District. Lamb, a Marine veteran and former federal prosecutor, had to spend a lot of time introducing himself.

Who Is Conor Lamb, Apparent Winner Of The Pennsylvania Special Election?

Who Is Conor Lamb, Apparent Winner Of The Pennsylvania Special Election? 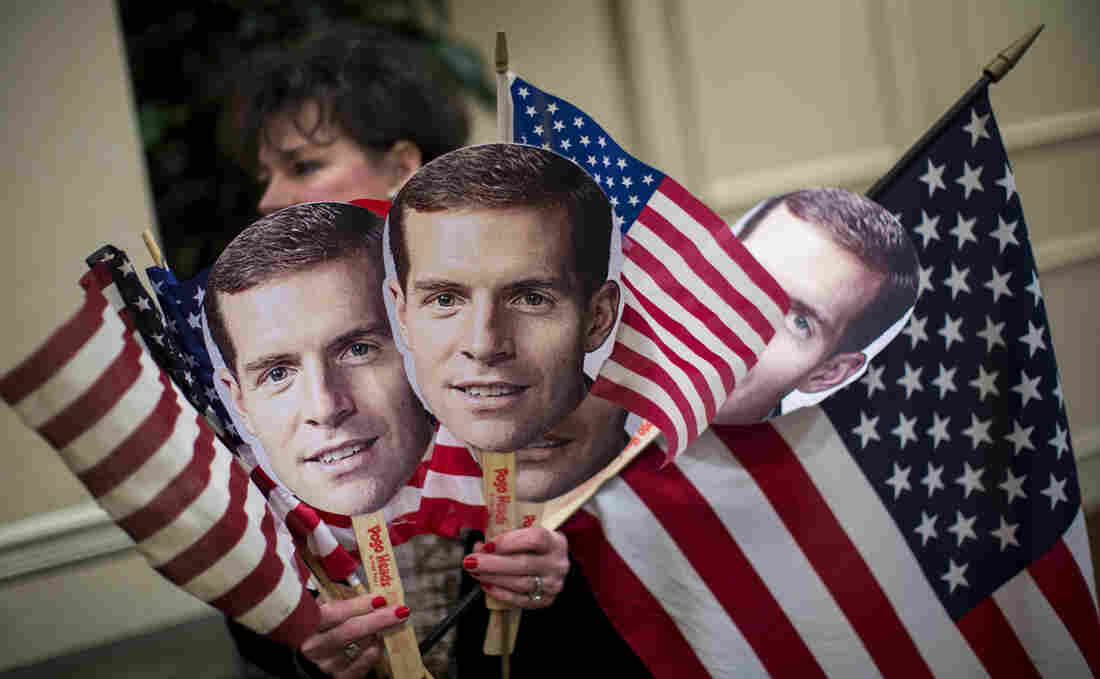 A supporter carries flags and photos of Conor Lamb at an election night event on Tuesday for the Democrat, who has apparently won the congressional seat in Pennsylvania's 18th District. Drew Angerer/Getty Images hide caption 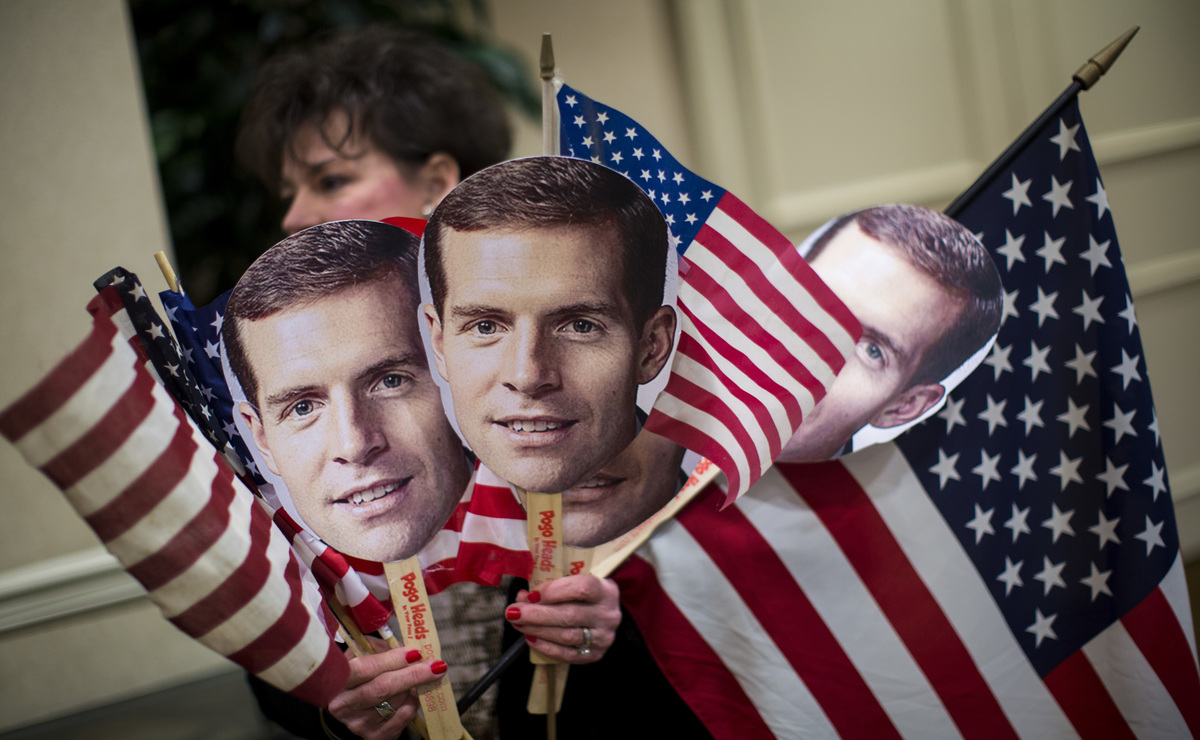 A supporter carries flags and photos of Conor Lamb at an election night event on Tuesday for the Democrat, who has apparently won the congressional seat in Pennsylvania's 18th District.

But since quitting his job as a federal prosecutor to run for a vacant House seat, the 33-year-old has spent a lot of time introducing himself to people.

Allegheny County Executive Rich Fitzgerald says that's exactly what he had to do — particularly as a Democrat in Trump country.

"You gotta show up and talk to people. Conor's been to every fish fry, every VFW, every American Legion, senior center, doors," Fitzgerald told NPR's Scott Detrow. "He's been relating to people. And that's really what it takes for Democrats to get away from just urban areas and get out into the smaller towns and compete."

And compete he did.

Lamb is the apparent winner of the contest for Pennsylvania's 18th Congressional District, according to an analysis by public radio station WESA. The race has not been officially called, but a review of the votes indicates that Lamb has an insurmountable lead over Republican state Rep. Rick Saccone.

Lamb's victory would be a huge win for Democrats, and a major blow to President Trump.

Trump won this district by 20 points in 2016, and Republican Tim Murphy — who resigned in October after a report that he had encouraged a woman with whom he had an affair to get an abortion — won his last eight elections easily.

But Lamb seems to have overcome that Republican advantage in this largely white, working-class district by touting his bio — a Marine Corps veteran, former prosecutor, Catholic; and his more conservative positions — on guns, abortion, crime.

His first TV ad highlights the fact that he grew up in the district. In the same town, in fact, where he now lives — Mount Lebanon, a suburb south of Pittsburgh.

He graduated from Pittsburgh Central Catholic High School in 2002, earned both his undergraduate and law degrees at the University of Pennsylvania, and worked as a prosecutor in the Marine Corps — first in Okinawa, Japan, and then for the Navy-Marine Corps Court of Criminal Appeals.

After leaving active duty in 2013 and joining the Reserves, Lamb was appointed an assistant U.S. attorney in Pittsburgh. There, his bio says, he "led prosecutions against drug dealers and violent criminals and helped establish the Justice Department's Pittsburgh office as a national leader in the fight against the heroin epidemic, working to build partnerships between law enforcement and community members in places that have been hit hardest by the crisis."

Lamb stepped down from the U.S. Attorney's Office last fall, shortly after Murphy resigned his seat.

Though this is his first run for office, Lamb comes from a family that has been active in state and local politics. His uncle is Pittsburgh Controller Michael Lamb; and his grandfather Thomas Lamb was a state representative, the Democratic majority leader in the state Senate in the 1970s and secretary of legislative affairs for Gov. Robert Casey.

Unlike his Republican opponent — who billed himself as "Trump before Trump was Trump" — Lamb stayed away from making the race about the president or partisan politics.

"The biggest issues facing the 18th Congressional District aren't partisan," his campaign website reads. "Heroin kills both Democrats and Republicans. Health care is too expensive. The roads and bridges we all use are crumbling. But the people we send to Washington aren't solving these problems. I'm running for Congress because it's time for that to change."

The Texas Primaries: 6 Takeaways To Kick Off The 2018 Election Cycle

On the campaign trail, Lamb highlighted his work fighting the opioid crisis — which has hit the region hard — as well as his support for unions. In a district with 86,000 union households, union endorsement was key to his success.

If certified as the winner, Lamb will serve out the rest of the year in the House, representing PA-18. But the district as it is now will cease to exist at the end of the year because of court-ordered redistricting in Pennsylvania. So if Lamb wants to stay in the House after 2018, he will have to run again — in a district that is likely to look different from the one he just won.

Samantha Fields is the producer of the NPR Politics Podcast.