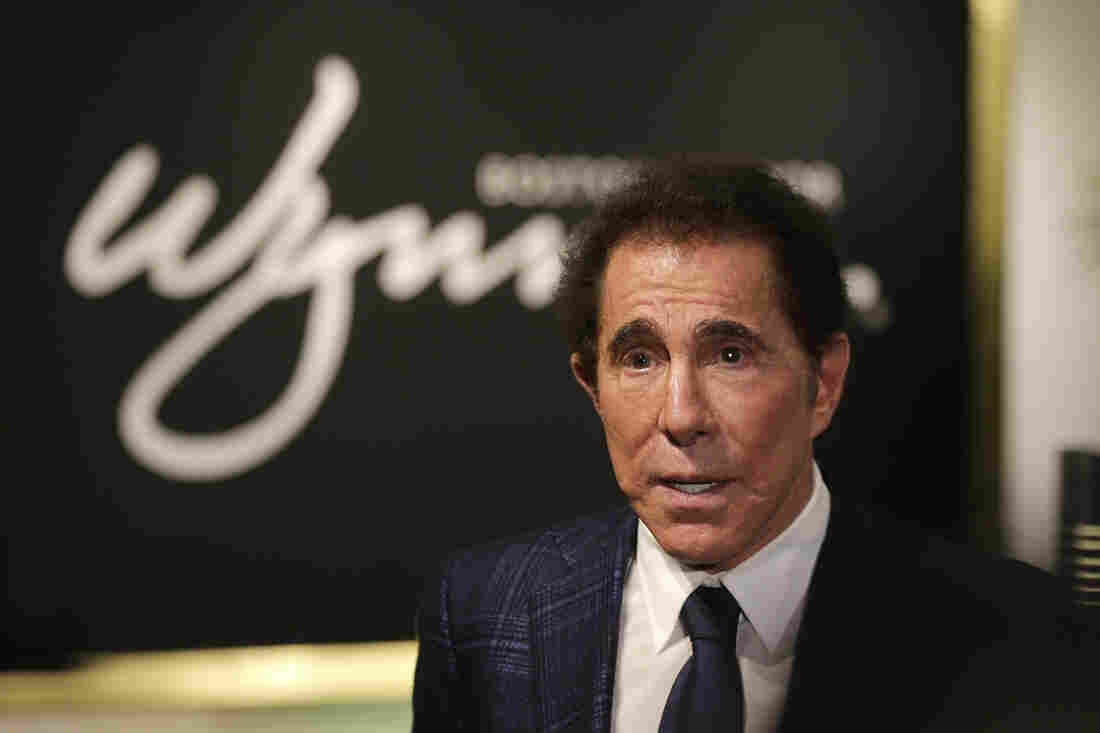 Casino mogul Steve Wynn has denied the accusations against him and said, "We find ourselves in a world where people can make allegations, regardless of the truth." Charles Krupa/AP hide caption 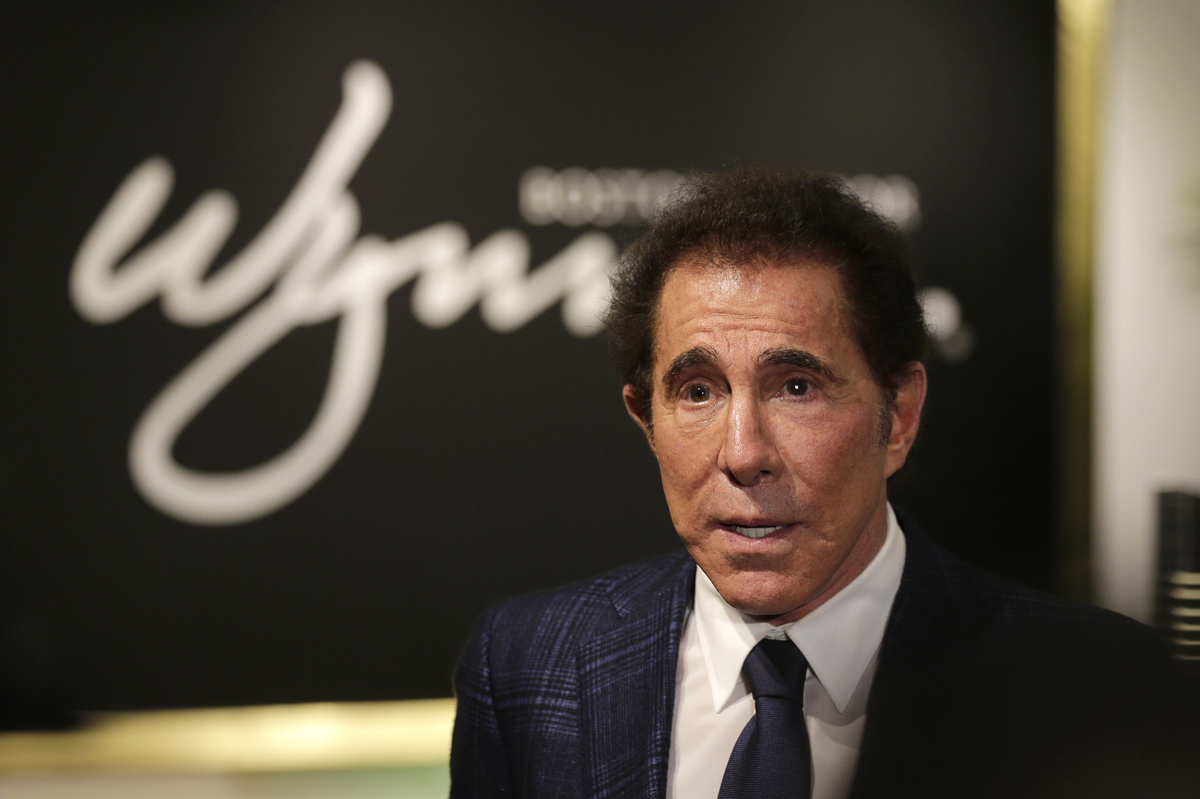 Casino mogul Steve Wynn has denied the accusations against him and said, "We find ourselves in a world where people can make allegations, regardless of the truth."

Every person who has seen the Las Vegas Strip in the past three decades has experienced Steve Wynn's impact. The 1989 grand opening of his brainchild, the Mirage Resort & Casino, ushered an era of excitement and creativity into an otherwise stagnating tourism industry and set an example that the Strip still follows. The Mirage property was unprecedented in its size and upscale show offerings, but the design of the building itself was groundbreaking. This was the first time that Las Vegas had seen a casino function as a carefully designed sensory experience.

"From the moment you walked into the Mirage ... you knew this wasn't just a glorified slot machine warehouse. [Wynn] was passionate about every square inch of the facilities," says Bo Bernhard, executive director of the International Gaming Institute. "Prior to that, there hadn't been a major opening on the Strip for something like 20 years. And this was such an imaginative leap forward that it really changed aspirations, of not only the industry but the city."

At the beginning of January 2018, Wynn was a 75-year-old billionaire and chairman and CEO of Wynn Resorts who was working on developing a $2.6 billion resort in Massachusetts. By the beginning of February, Wynn would be unemployed and facing public shame and an uncertain future.

After the success of the Mirage, Wynn cemented his status as a tourism industry tycoon by leaving his mark on several casino-resorts, from the Las Vegas Strip to Atlantic City to Macau. Wynn was "an imagineer-leader for his generation," says Bernhard. "There were plenty of innovators in earlier generations, but of this generation, his role was an imagineer in the same way that a Walt Disney or a Steve Jobs was seen as an imagineer atop their perches." 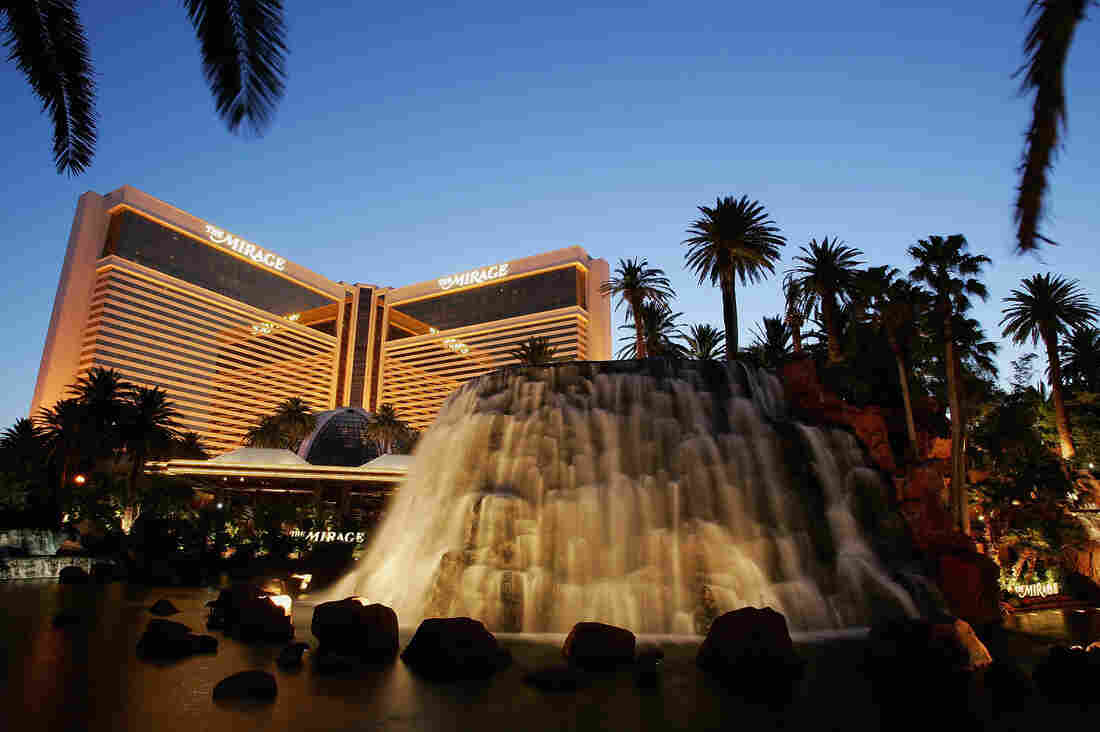 When the Mirage Hotel & Casino opened, it was unprecedented not only in its size and upscale show offerings, but also in the design of the building itself. Ethan Miller/Getty Images hide caption

In the recent wave of high-profile men facing accusations of sexual misconduct, Wynn's is the first story to center on the CEO of a major publicly held company. According to Catherine MacKinnon, a legal scholar on sexual harassment, Wynn's story stands apart because "his financial and professional tentacles reach further and are more substantial than most."

Here's a timeline of the fallout so far:

The Wall Street Journal publishes disturbing — and at times graphic — allegations of Wynn's sexual misconduct against Wynn Resorts employees over decades. Accusations include sexual harassment, coercion, indecent exposure and an alleged sexual assault case that he paid $7.5 million to settle. Many of the allegations were made by salon and spa employees at the Wynn Las Vegas, the luxury resort where Wynn primarily resides.

Wynn says in a statement that the idea he ever assaulted any woman is "preposterous" and that "we find ourselves in a world where people can make allegations, regardless of the truth, and a person is left with the choice of weathering insulting publicity or engaging in multi-year lawsuits. It is deplorable for anyone to find themselves in this situation." Wynn goes on to blame his ex-wife, Elaine Wynn, for instigating the accusations to aid her case in a revised divorce settlement.

Wynn Resorts' stock begins to plummet in the U.S., and trading of it is suspended in Hong Kong.

After an evening of outcry from political commentators and the Democratic National Committee, Wynn resigns as finance chair of the Republican National Committee, a position he had held for almost a year. The RNC announces it will not return any of the donations until his guilt is admitted or proven, but several representatives — including Speaker of the House Paul Ryan, R-Wis., Sen. Dean Heller, D-Nev., and the Republican Governors Association — return or donate financial contributions from Wynn. The RNC will continue to receive criticism about its silence on Wynn because of the stark contrast from its reaction to allegations against Democratic donor Harvey Weinstein, which included a multimedia campaign urging Democratic lawmakers to return his financial contributions.

The RNC has to push him out. (They should do so regardless, but especially given how aggressive they were re Weinstein and Dems.) https://t.co/htExCDif5R

The Nevada Gaming Control Board announces an investigation into Wynn's conduct. The strict regulatory authority consists of three full-time appointees and has the power to assess fines, revoke licenses and halt commercial activity. Chairwoman Becky Harris — only a week into her tenure and the first woman to occupy the role — promises the investigation will be "thorough and judicious." Soon, the volume of Wynn-related phone calls will prompt the board to launch a page on its website to collect investigation tips.

A day later, a similar investigation is opened by the Gaming Commission in Massachusetts, where Wynn Resorts is building a resort that is expected to open in 2019. Commission Chairman Steve Crosby attempts to reassure community members by saying, "Everybody who's got jobs in Everett should go about their business and feel fine ... This is not the first time that there have been allegations against major players in the casino business."

"The nature, severity, and extent of these allegations, and the patterns of abusive behavior they describe" spurs leadership at the University of Pennsylvania to reverse the stance it took in 2015, when it announced, "it is not our practice to rescind honorary degrees" in response to sexual assault allegations made against Bill Cosby. Trustees unanimously decide to revoke honorary degrees from both Wynn and Cosby and to remove Wynn's name from a scholarship and campus plaza he had funded in 1995. At the time of the decision, students had already vandalized the plaza to cover Wynn's name and were planning a protest.

Wynn resigns as chairman and CEO of Wynn Resorts. Sticking with the original statement declaring his innocence, he says "an avalanche of negative publicity" created an environment in which he could not continue to be effective.

Feb. 7: The beginning of shareholder lawsuits

The first of at least five retirement funds files a shareholder derivative lawsuit against the board of Wynn Resorts, claiming members of the board knew about allegations of sexual misconduct as early as 2009 and breached fiduciary duty by failing to inform investors.

These suits soon begin to pile up, with complainants ranging from a Pennsylvania-based pension fund to the state of Oregon.

Wynn Resorts files a report with the SEC declaring that Wynn will receive no severance pay, his administrative support will end in May, the lease of his personal residence at the Wynn Las Vegas will end in June, and he agrees not to compete against the company for two years. Not mentioned in the report is that Wynn retained a 12 percent share (worth about $2.6 billion) in the company.

At least three law firms begin seeking investors in Wynn Resorts for a class action lawsuit against the board for its failure to report Wynn's alleged sexual misconduct resulting in losses and damages for shareholders.

The New York State comptroller, acting on behalf of the New York State Common Retirement Fund, claims the Wynn Resorts executive vice president and five members of the board of directors engaged in insider trading when they sold nearly $20 million in company stock while aware of the sexual misconduct allegations against Wynn.

The Las Vegas Review-Journal reports on new police reports by women in Las Vegas and Chicago, respectively. One woman tells police that she felt coerced into a sexual relationship with Wynn in the 1970s and was forced to resign from her job at Wynn Resorts when she refused to continue engaging in sexual activity. The other says she was raped by Wynn in the early 1970s, became pregnant and gave birth to his child in a gas station bathroom. Both women's cases fall outside of the statute of limitations.

The Massachusetts Gaming Commission is flooded with calls to drop Wynn's name from the Wynn Boston Harbor, a $2.4 billion property still in development. Massachusetts Attorney General Maura Healey and Gov. Charlie Baker exert their influence as well; Healey tells the Boston Herald, "If what's being alleged is true ... the casino cannot bear Wynn's name." Representatives from Wynn Resorts are resistant to the change, claiming the brand signifies more than any one man.

Two massage therapists file civil complaints against Wynn for intentional misconduct, alleging coercion into sex despite repeated objections, and intimidation with large security dogs. A third complaint filed by a manicurist on March 6 claims that Wynn continued to harass employees after the initial allegations were published by entering the salon at the Wynn hotel — where he continues to reside — and asked employees to raise their hands if they had felt abused or assaulted by him. When no one raised their hands, Wynn allegedly returned to the salon with video equipment and pressured employees to participate in a video recording denying any assault or abuse.

Two of nine board members announce their plans to step down. Newly appointed CEO Matt Maddox tells investors that the board plans to "expand and refresh its ranks" and focuses on the company's strengths, such as the revenue of the Macau properties, which grew 27 percent in January and February.

Excluding the class action suits, which are likely to be combined, Wynn is facing at least three lawsuits and the Wynn board of directors is facing at least six. Wynn continues to own a 12 percent share of Wynn Resorts and to live at the Wynn hotel. He is no longer allowed to use the salon and spa.

Khalon Richard is an intern on NPR's Research & Insight team.