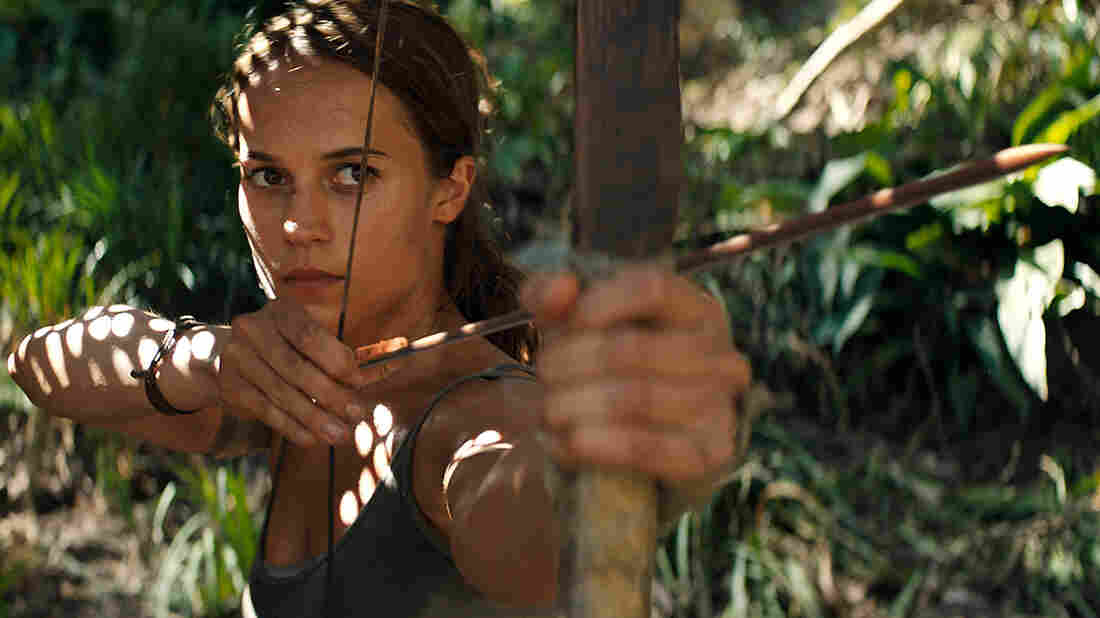 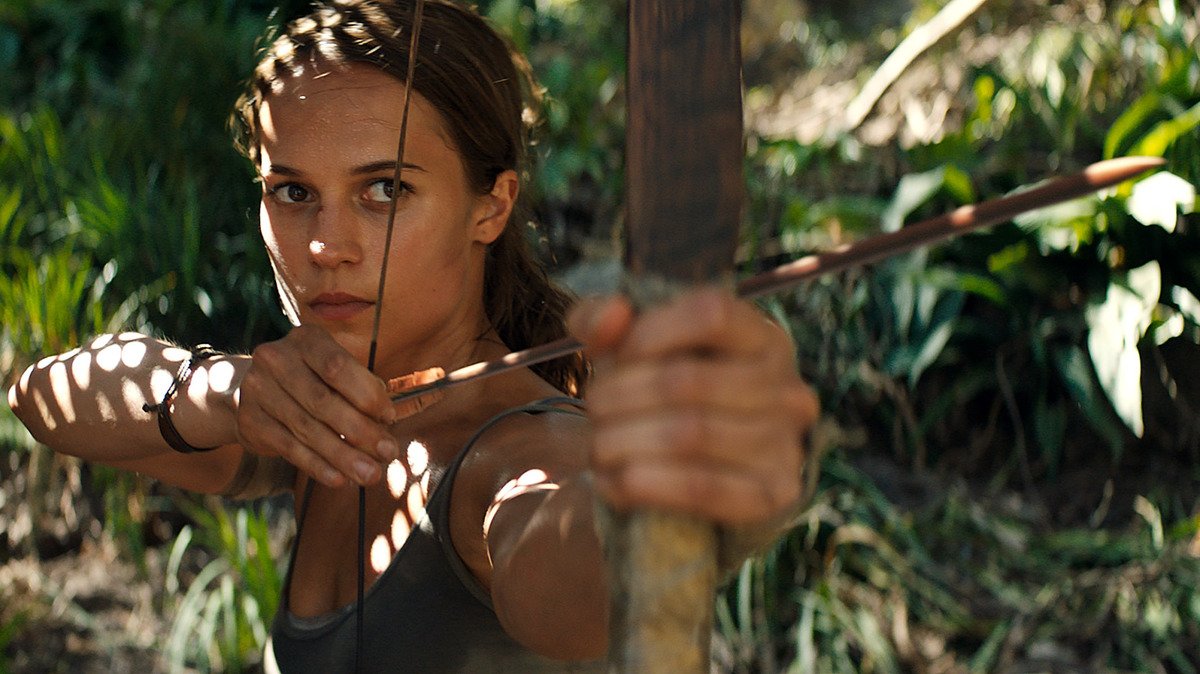 Farewell, Angelina: Alicia Vikander takes over as Lara Croft in Tomb Raider, based on a 2013 video game reboot of the now 22-year-old media franchise.

"All you need for a movie is a girl and a gun," Jean-Luc Godard said, though he claimed he was quoting D.W. Griffith. But whether it was the man who made Breathless who proffered that formula or the guy who made The Birth of a Nation, they obviously didn't know everything there is to know about filmmaking: You need a tank-top, too.

Tomb Raider — the (deep breath) movie of the reboot of the twentysomething-year-old video game franchise that was previously adapted into a pair of Angelina Jolie-starring adventures in the early aughts — was directed by one Roar Uthaug (!), who in this English-language debut demonstrates the visionary ability that eluded the big-time directors of generations past. For lo, he has secured the requisite tank-top, and inside it he has secured Alicia Vikander, the Swedish Oscar winner who has evidently been waiting for a project that would showcase her formidable grip strength.

In this iteration of video game hero Lara Croft, she's the daughter of a widowed and incredibly rich businessman of some unspecified kind who mysteriously vanished seven years prior. That'd be Mr. West, a way-too-frequent presence in voiceover, going on and on about "The Ordeals of Himiko," "the Cavern of Souls," "the Faces of Himiko," and finally, Himiko's "Army of 1,000 Handmaidens," who presumably vanquish all Enemies of Himiko with their fully-functional reproductive organs and/or armloads of Emmy Awards.

Anyway, the old man's various executors and lieutenants want Lara to sign papers declaring him dead — a formality that will also unlock her vast inheritance — but she won't hear of it. So she scrapes out a living delivering takeout via bicycle in London, an arrangement that leaves her behind on the dues at the MMA gym where we meet her her getting her lingonberries stewed and her herring pickled, but refusing to tap out until her sparring partner nearly suffocates her.

If you're already rolling your eyes at how artlessly the movie establishes her familiarity with martial arts and her indomitable spirit, I've got bad news for you: This shaky first act is the movie's least yawn-inducing. A posthumous message from her father sets Lara off on a mission to discover his fate, and she hires Lu Ren (Daniel Wu), a drunken boat captain to take her to an "uninhabitable" island in the middle of "The Devil Sea" — a place that, after the movie spends an entire sequence setting up how hidden and inhospitable and dangerous it is, will later turn out to be easily accessible by helicopter. En route to that secret island (actually South African wine country), Vikander buckles more swashes than she ever has in a movie, but all we learn from these exercises is how much less interesting it is to watch her work her way through the Hero's Journey than, say, Daisy Ridley or Jennifer Lawrence.

Nothing in the film is memorable. Not a shot, a line, certainly not one entire scene. It's isn't awful, but its invasive, thudding mediocrity will make you wish it were. With its daddy issues and its not-particularly-thoughtful treasure maps and puzzles, Tomb Raider has more than a whiff of Indiana Jones and the Last Crusade about it, but Indiana Jones and the Kingdom of the Crystal Skull — the widely reviled vestigial tail on the franchise the Tomb Raider games and movies were copying even in their earliest iterations — had more resourceful women, funnier jokes and more imaginative set pieces than this movie. It also didn't make you wait 90 minutes before anyone raided a tomb.

Inevitably, there's an dull coda that sets up a sequel, but by that point you'll have been vainly searching the frame for the words GAME OVER for at least half an hour. The screening I saw was preceded by a trailer for Ready Player One, Steven Spielberg's adaptation of Ernest Cline's novel about a teen in the year 2045 whose obsession with 80s and 90s pop culture allows him to triumph over an evil corporation. It's hard to imagine Spielberg's film will posit 90s nostalgia as a more destructive force that Tomb Raider does.