Accessibility links
'Flower' Is Eager To Shock — But That's All Max Winkler's tale of a teenager who uses sex to get revenge on a man who may or may not have assaulted her step-brother is a "glib character study" that tries too hard to shock.

'Flower' Is Thorny But Rootless

'Flower' Is Thorny But Rootless 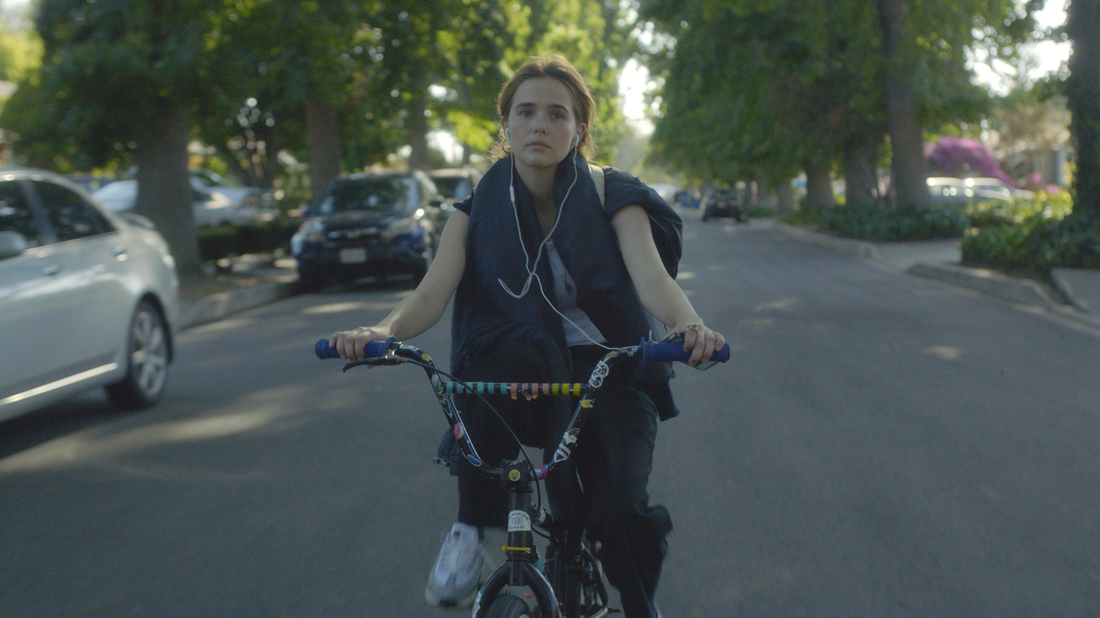 Petal Pusher: Erica (Zoey Deutsch) and her friends team up to stalk a potential child molester in the off-kilter comedy Flower. The Orchard hide caption 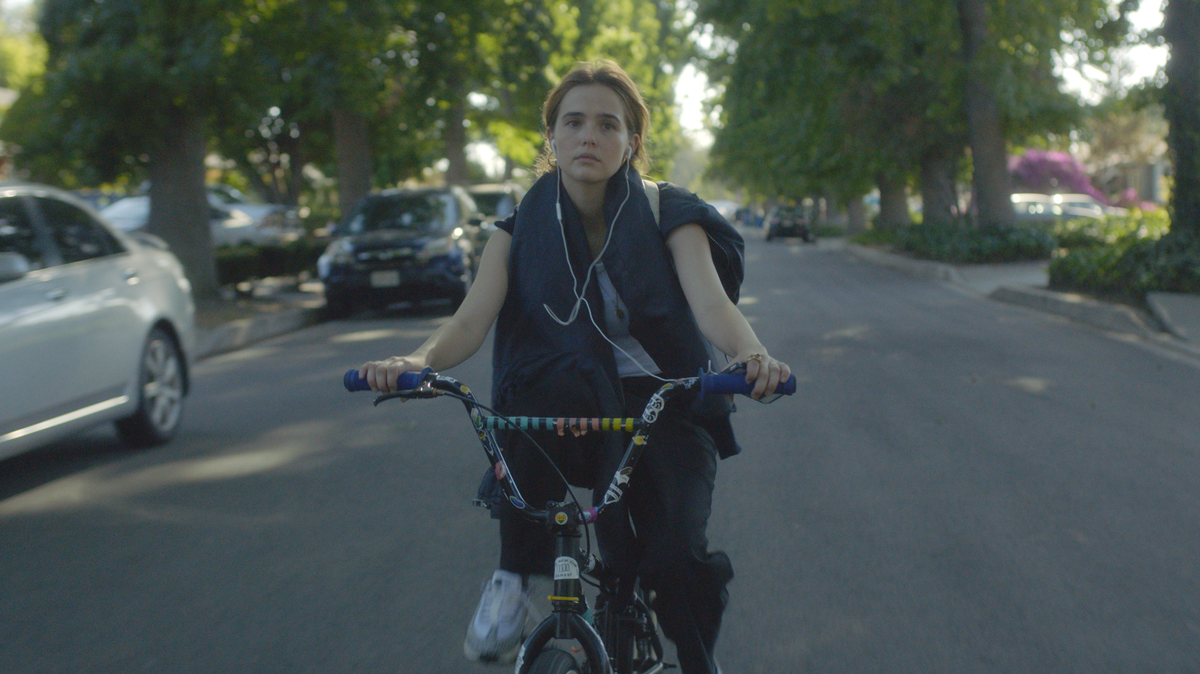 Petal Pusher: Erica (Zoey Deutsch) and her friends team up to stalk a potential child molester in the off-kilter comedy Flower.

In 1960, the great Japanese director Nagisa Oshima made Cruel Story of Youth, his second feature, about a rebellious young couple who perform sexual shakedowns on middle-aged men. Their M.O. is simple: She seduces, he robs. At the time, Oshima offered the film as a quick-and-dirty analog to the nascent French New Wave, with the couple representing a lost generation given to rebellion and criminality. Even when he made period pieces later in his career, like the infamous, explicitly pornographic 1976 film In the Realm of the Senses, or his 1990 swan song, Taboo (Gohatto), about homosexuality among 19th-century samurai, Oshima was consistently attuned to society's less visible, occasionally aberrant youths.

Though over half-a-century and an ocean removed from Cruel Story of Youth, Max Winkler's Flower has more or less the same premise, casting Zoey Deutch as a 17-year-old who offers fellatio to middle-aged men and enlists her friends on a petty extortion scheme. In the opening scene, she's brazen enough to bilk a local police officer for $400 in ATM withdrawals, under threat of a video proving that he solicited sexual favors from a minor. But Winkler's provocation falls in the American indie trap of gazing too hard at its own navel; unlike the Oshima, there's no larger statement being made here about the younger generation. It's just a glib character study with a hard shell and a soft belly. It serves no other purpose.

The cast makes a strong case for itself, however, starting with Deutch as a defiantly filthy teenager who doesn't care about her reputation for harlotry, but masks deeper hurts that not even those closest to her can see. Erica (Deutch) likes to consider her exploits in a radical-feminist light: She's not merely robbing older men, but making them pay for their perversion and moral hypocrisy. In return for this public service, she gets to collect more money toward bailing her deadbeat father out of jail — though anyone who has seen a movie can guess how that plan will work out. At home, she and her mother (Kathryn Hahn) share a Gilmore Girls-esque closeness, but her resentment over mom's new live-in boyfriend Bob (Tim Heidecker) threatens to poison that well, too.

This Is About Obsession: Kathryn Hahn On The New Amazon Series, 'I Love Dick'

The domestic tension comes to a head when Bob's melancholy son, Luke (Joey Morgan), moves into the house after being released from a drug rehab facility. Though Luke turns down her not-so-sisterly offer of pity-fellatio, the two become friends and eventually collaborate on a plan to take down an ex-school teacher (Adam Scott) whom he claims sexually assaulted him. Erica can't be certain if Luke is telling the truth or not, but the job falls neatly within her criminal purview — and besides, she and her friends have been ogling him at the bowling alley for months.

"I have daddy issues," Erica announces to her mark at one point, making the subtext text. Her father's absence is the hole at the center of her life, but she can't find enough perspective to recognize his abandonment for what it is. Winkler and his co-screenwriters, Alex McAulay and Matt Spicer, supply Erica with enough shocking rejoinders to make Harmony Korine blush, but they're also guilty of sentimentalizing her just as relentlessly. She's damaged goods. And so is Luke. That phrase also gets stated explicitly in the dialogue. It's important to the filmmakers that the audience know that Erica and Luke's behavior is rooted in trauma, rather than less noble impulses.

Flower flies off the rails once Erica and Luke put their plan into action, but the performances keep it on track for part of the way. Deutch commits herself to her character's robust vulgarity and the adults in the cast are all excellent, especially Hahn as an indulgent mother who's desperate for just a sliver of love and stability and Heidecker as a square, father-knows-best type who can't keep the chaos at bay. But their efforts are lost on a film that's fake-transgressive: eager to shock, but never to the point where it causes any lasting discomfort or makes any disquieting insight. Flower wants to make sure we like Erica and Luke; Flower wants to make sure we like it, too.