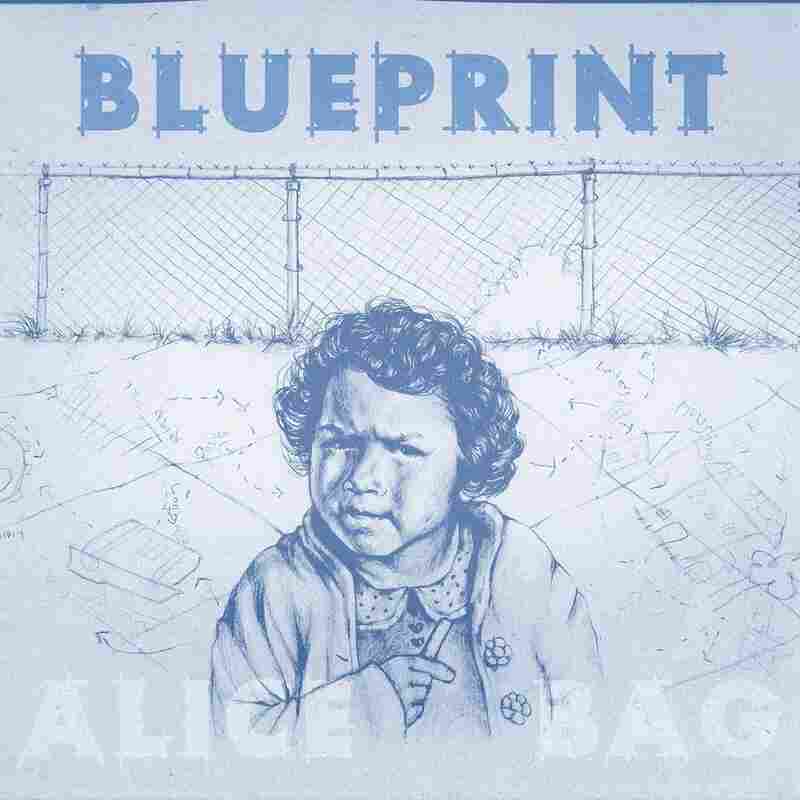 Building anything, whether it's a home, a life, or an album, is tireless work. A blueprint helps, but having one hardly means things will go according to plan. Learning to build around the plans when they fall through is a necessary skill — and, often, one that you don't know you possess until you're in the middle of the process.

While writing her latest album, the aptly-named Blueprint, the Chicana punk trailblazer Alice Bag found herself thinking about plans (and the swerves therein) while doing some construction on her home. "Things come up as you're building a structure and force you in different directions, but you still have to make sure that it turns out the way you envisioned — you have to allow for setbacks and obstacles," she writes in a press release.

Bag's career as a punk rock provocateur-turned-educator is the perfect distillation of this idea. As a young woman, Alicia Armendariz, born to Mexican immigrant parents in East Los Angeles, channelled her anger into electrifying shows in late 1970s as the leader of The Bags. What she found is that she had a knack for both unrelenting performance and for writing airtight punk bangers ("I don't scream and twist just for the fun of it / I've poisoned blood when I'm pissed," she seethed on "Babylonian Gorgon"). Around that time, she was featured in Penelope Spheeris's seminal documentary The Decline of Western Civilization. Bag was foundational in building what punk rock became, and is still becoming, through her work in The Bags and in the bands Castration Squad, Cholita, and Las Tres.

Until recently, Bag turned much of her energy towards rebuilding. She went back to college and ended up teaching elementary school, and spent a pivotal period of the '80s in post-revolutionary Nicaragua, the latter of which she documented in her book Pipe Bomb for the Soul. Now on her second album for Don Giovanni, Blueprint finds Bag transmitting all of these experiences into a solo career.

Through everything she's done, Bag has always showed us who she is — an activist, a feminist, a survivor — but her insights about what's important to her, and why it's worth fighting for, have only become sharper and more potent. One of Blueprint's brightest moments, for instance, is when she, along with guest vocalists Kathleen Hanna (Bikini Kill) and Allison Wolfe (Bratmobile), rail against the fact of women making 77 cents on the dollar ("It's worse if you're not white," she reminds us) on the punk gem "77." And on the soulful, stomping "Shame Game," she refuses to give into the mental labyrinth that is shame.

She extends the idea further on "Se Cree Joven," a headbanging song inspired by an experience Bag had in which two women, thinking she didn't speak Spanish, were talking smack about her appearance. With a little help from a starry cast of Latinx rock stars on backing vocals, including Teri Gender Bender (Le Butcherettes) and Francisca Valenzuela, Bag throws it right back at the dissenters: "Se cree joven, se cree joven / Esa mujer / Esa mujer soy yo / Y de quince o de cien / Yo voy a ser quien soy / Porque asi me siento bien!" ("She thinks she's young, she thinks she's young / That woman / That woman is me / And 15 or 100 / I'm going to be who I am / Because like this, I feel good!")

But Blueprint also reminds us that there's still so much work to do, and that there always has been. It's especially true of Bag's take on "white justice" in a rousing, eponymous number. On it, she poignantly notes: "Gray smoke in '70 / I still choke when I stop to think / Our struggle then was here at home / And it's still going on." Here, Bag references attending the National Chicano Moratorium Committee's march through Los Angeles, which was planned to protest the Vietnam War's drafting of Chicano citizens on August 29, 1970. Ruben Salazar, a Chicano reporter and outspoken opponent of police brutality, was shot and killed that day — a tragedy that had a huge effect on a young Alice Bag, who later wrote in her memoir Violence Girl: "Their capacity for good was matched by their capacity for evil. It almost seemed like diametrically opposed impulses had to exist for the world to make sense." But in a world that becomes increasingly senseless by the day, an album like Blueprint is at once a necessary guide and a warning, one that always reminds us of what we intended to do in the first place: Make it better. Bag puts it best at the end of "77," when she unleashes: "Let's right our aim until we hit the bullseye / Don't pretend we're paid equal / You wrote the script but I'm writing the sequel."