Accessibility links
Review: The Messthetics, 'The Messthetics' The debut from guitarist Anthony Pirog and Fugazi's rhythm section pushes and pulls through a compelling conversation between aggression and meditation. 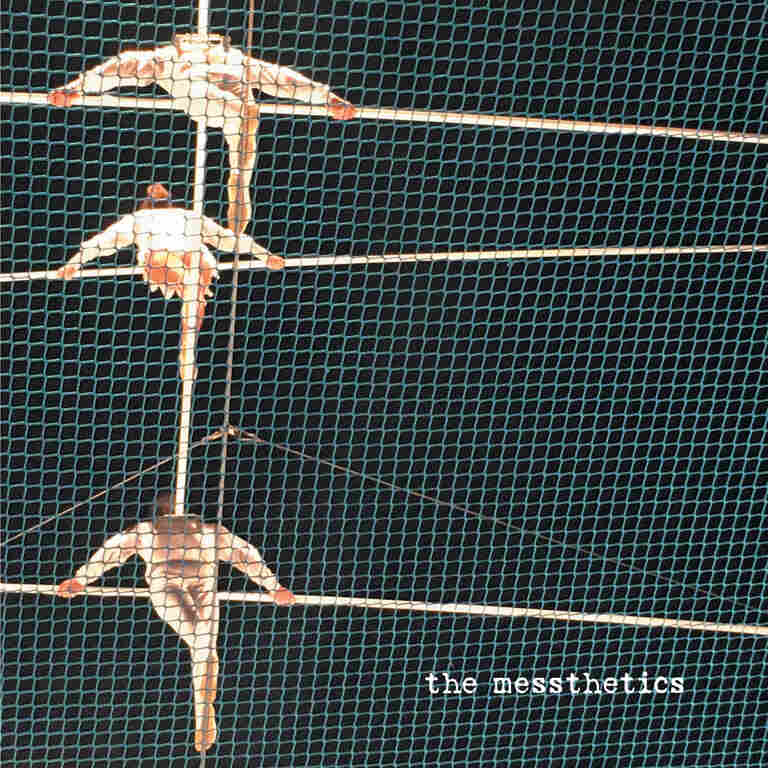 There was always something a little jazzy about Fugazi, so it only makes sense that half of the legendary post-hardcore has resurfaced in the instrumental outfit The Messthetics. Bassist Joe Lally and drummer Brendan Canty spent nearly two decades honing their improv chops during Fugazi's extended, in-concert jams, and that ability serves them well on their new group's self-titled debut album. Anthony Pirog, the guitarist of the instrumental trio, comes from a jazz and experimental-music background, having led various ensembles over the past few years, including Skysaw with Smashing Pumpkins' Jimmy Chamberlin and the enchanting cello-and-guitar, husband-and-wife duo Janel and Anthony. On The Messthetics, he and this veteran rhythm section whip up a hypnotic, occasionally aggressive, ultimately meditative mood. The duality at the record's core not only makes for contrasting tones, it establishes a compelling interplay with no easy resolution.

Lally and Canty's chemistry is reborn here. Album opener "Mythomania" simmers, fueled by the synergy between Lally's chunky bass line and Canty's sinewy wallop. The intro to "Serpent Tongue" boasts one of Canty's head-snapping, trademark drum rolls. For longtime fans of the two musicians, it's a thrill to hear the pair lay down a propulsive undertow on "Quantum Path," even as Pirog's guitar pyrotechnics demand center stage, mixing frantic fretwork with deep grooves and hidden hooks. "Crowds and Power" is the heaviest track on Messthetics, a pummeling workout that shows off Lally and Canty's muscular teamwork while giving Pirog plenty of space to launch haunting, cosmic solos.

Pirog's guitar playing insinuates itself so subtly into the rhythm — but simultaneously, he undeniably shines. Drawing influence from inspirations such as Nels Cline or Bill Frisell, he imbues his playing with alternating passages of minimalist abstraction, abrasive textures, and complexly layered melodies. On "Once Upon A Time," his riffs are distorted yet weightless; for "The Inner Ocean," his careful choice of sharp notes and dreamy loops are even more stunning, considering the semi-improvised nature of the music. The songs are built within compositional frameworks, but in true jazz style, much of the connective tissue is knitted on the spot. The album's closer, "The Weaver," couples Pirog on delicately picked guitar and Leppin on cello — and its hushed, contemplative beauty approaches the spiritual.

Two tracks on the album, "Your Own World" and "Radiation Fog," seem humble at first glance. Each is around a minute in length and equally short in dynamics. But the atmosphere they briefly conjure is pensive and expansive, scattered with a sparse constellation of notes and pulses of rhythm. Taken as a whole, The Messthetics breathes and swims organically, a mini-symphony of telepathic, extemporaneous interplay between three modestly masterful musicians, a work that relocates the mind and brushes the soul while moving the body.