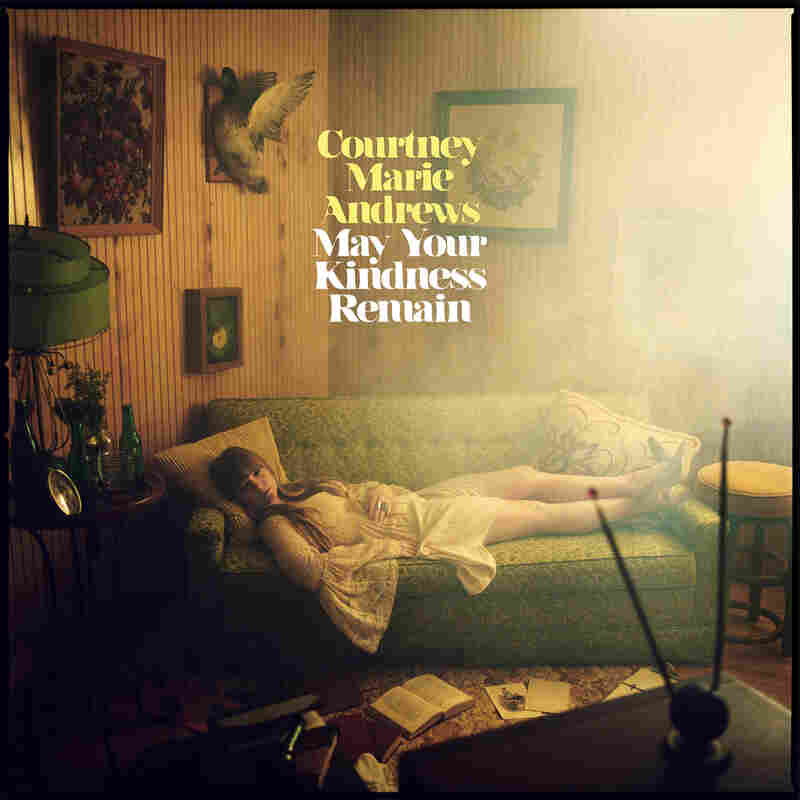 Lately, certain troubling and regressive aspects of our national discourse have veered dangerously close to casting economic, mental and emotional instability and uncertain legal status as moral failings. According to that way of thinking, empathy is an unwelcome distraction. Prosperity comes to those who deserve it.

It's definitely not a new outlook, and there's a tradition of talking back to it through song — of challenging the link between wealth and worth; of giving voice to the painfulness of enduring poverty; of articulating working-class coping strategies and aspirations. Merle Haggard, for one, was a master at delivering workingman's despair with stoic dignity. The unguarded emotion of May Your Kindness Remain, a new, Mark Howard-produced album from singer-songwriter Courtney Marie Andrews, may be unseemly by comparison, but it's ideally calibrated for our moment.

Since releasing her previous album, Honest Life, last year, Andrews has been heralded as a buzzy new discovery in the Americana scene, but she's been at it much longer than that, developing her confessional vantage while busking on street corners and holding down indie-rock sidewoman gigs and bartending shifts. Linda Ronstadt is the artist she's probably drawn the greatest number of comparisons to in her own work. Like Ronstadt once did, Andrews now places supple, expressive vocal performances front and center in handsomely melodic compositions and folk-rock arrangements with soft country, soul and pop accents.

The singing on Andrews' new album is especially emotional. There's a sob to her vibrato, and the notes she belts in her upper register are inflamed with feeling. Her tone only cools when she delivers a sarcastic appraisal of a cruelly self-absorbed lover ("I've Hurt Worse"). Otherwise, she conveys how draining and fruitless it is trying to conceal your distress when you have few financial or emotional resources left, a state she describes as being "rough around the edges." In the song of that title, she lacks the energy for optimism or restraint. "Curtains closed so I can sleep in late / Nothing on the TV, but it always plays," she laments, completing the scene with billowing desperation: "Dirty dishes, butts in the ashtray / Don't feel like picking up the damn phone today."

Alienating loneliness (and the onerous, incremental effort required to overcome it) is one of Andrews' central themes. She meditates on it movingly in "Lift the Lonely from My Heart," a track whose emotional openness is accentuated by the gentle, romantic swing of its bolero-like feel. The lumbering, bluesy "Border Song" is haunted by the solitary nature of her protagonist's heroic journey; he punishes his body with an arduous desert passage and daily labor, under constant fear of I.C.E., in order to help sustain loved ones far away.

"Took You Up" is an ode to intimacy forged in the absence of luxury. "Karaoke on a Monday night / Television when we want to hide / Frozen dinners when money's tight / Makin' love on a laundry pile," she sings, the lilting catches in her phrasing lending melancholy significance to the details. In "This House," she extends humble hospitality (a leaky faucet, sluggish heater, extra bed and coffee stash) in unhurried 6/8 time. In the title track, a jangly, guitar-driven number warmed by gospel-y harmonies, she emphasizes how very vital such gestures can be "when your sweetness surrenders to the cruelness of this world." And the slow-burning, soul benediction "May Your Kindness Remain" is a prayer for tenderness to survive suffering.

A big part of what gives these ten songs their grounded power is Andrews' attentiveness to how external hardships can feed inner turmoil, and how difficult it is bearing deprivation in utter isolation. She doesn't just tell us these truths; she makes us feel them poignantly, and right on time.