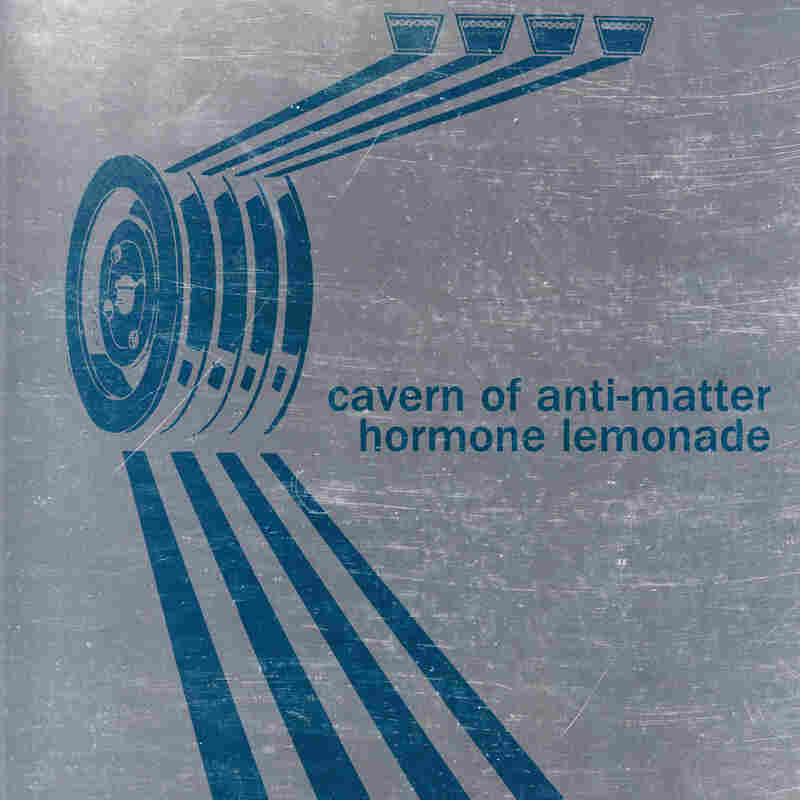 For most bands, beginning an album with a 16-minute track would be a statement, maybe even a dare. But, listening to "Malfunction," the epic opener on Cavern Of Anti-Matter's Hormone Lemonade, you get the sense that this 16 minutes was necessary; just what the trio needed to fully stretch out on its groove. Though none of the album's other nine tracks are nearly that long, each one similarly explores a rhythmic idea as the band rides it out without worrying about reigning it in. Sometimes good beats and loops just need to get out there and live their lives, and Hormone Lemonade is all about letting those waves flow.

It helps that members of Cavern Of Anti-Matter are veterans at this very specific kind of jamming. Guitarist/producer Tim Gane and drummer Joe Dilworth both carved out bouncy mantras for British avant-pop outfit Stereolab, whose textures echo throughout Hormone Lemonade's bright, chugging rhythms. Alongside synth and drum machine wizard Holger Zapf, Gane and Dilworth unfurl instrumental loops that build to ecstatic hypnotics, while maintaining solid swing. To create that magic the songs were, counterintuitively, constructed piecemeal: Zapf improvised raw material, which Gane later edited and overdubbed with complementary sounds, who then handed that amorphous structure over to Dilworth to add spinal drum beats, before all three returned to add, like whipped cream, more swirling layers over all of it. Despite the iterative process, Hormone Lemonade feels cohesive and unified, a prayer to forward motion.

Most of these songs set their rhythmic strategy right away, then patiently expand it into three dimensions. After a few seconds of static, "Make Out Fade Out" launches an escalating riff pumped up with driving accents. "Outerzone Jazs" starts with rubbery synth diving through airy sounds like a shuttle calmly rocketing into the ozone. Two songs particularly feel like Stereolab spawn — the relentlessly upbeat "Phase Modulation Shuffle" and the see-sawing "Automatic Morning" — mostly because they feature Gane's signature jangling guitar chords, spun into casual catchiness.

Cavern Of Anti-Matter evoke sounds from the past: high-gear motorik music from the '70s — think Neu! or Kraftwerk or Manuel Göttsching's E2 E4 -- and the low-budget horror scores of John Carpenter. But Hormone Lemonade doesn't sound like calculated copycatting, as much as the work of three musicians enthralled and hypnotized by time-tested sounds that have yet to be exhausted. For Cavern of Anti-Matter, there's still lots of truth to be found in older musical modes, and they're determined to hammer and chisel away at their grooves until they hit gold.

As Hormone Lemonade progresses, the music gets weirder and more spacey. Beats recede into the background a bit, resulting in passages with more drift and sparkle and chug, like lolling clouds over a stream engine. The trio's devout focus on putting one snapping foot ahead of the other is so strong that any sonic approach they take aligns perfectly with it. That might be the most rewarding thing about Hormone Lemonade: whenever you return to it, it ends up taking you farther.